Burton Albion would like to thank the following partners

Prestec is a specialist contractor with over 30 years’ experience providing a comprehensive range of construction, repair, restoration and refurbishment. The firm has 50 employees and offices in Barton under Needwood and London.

Knott-Avonride Limited based in Burton has been established for more than 35 years supplying axles, brakes, cables, chassis and overrun couplings for trailers and industrial applications to many original equipment manufacturers in the trailer, fork lift truck and transmission industries.

Molson Coors is one of the world’s largest brewers tracing its British roots back to 1777 here in Burton with Coors acquiring the former Bass Brewers in 2002 and then merging with Molson in 2005 it now employs over 17,000 people globally. Producing the UK’s number one beer Carling , Molson Coors now owns and produces many leading beer brands like Sharps Doom Bar, Aspalls Cider. Rekorderlig, Cobra, Worthington’s. Coors, Blue Moon. Pravha and Staropramen.

Needwood Foods was established in 1994, by Burton Albion Director John Williams and is based here at the Pirelli Stadium. The company is a major supplier of dried fruit to many of the UK’s leading high street supermarkets.

Raygar Architectural & Engineering Supplies Ltd (known as “RAES” or “Raygar” for short) is an independent supplier of hardware/ironmongery, tools and fixings based in Derby. The firm has had a long-standing association with Burton Albion supporting not only the football club, but the Academy and the community trust. 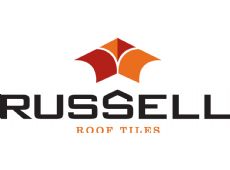 Burton-based Wilo is one of the leading pump manufacturers and solution providers in the UK, providing pumps and pumping systems for the building services engineering sector - small circulating pumps for domestic heating systems in our homes, up to huge pumps for projects that include hospitals, universities, schools and other public buildings.