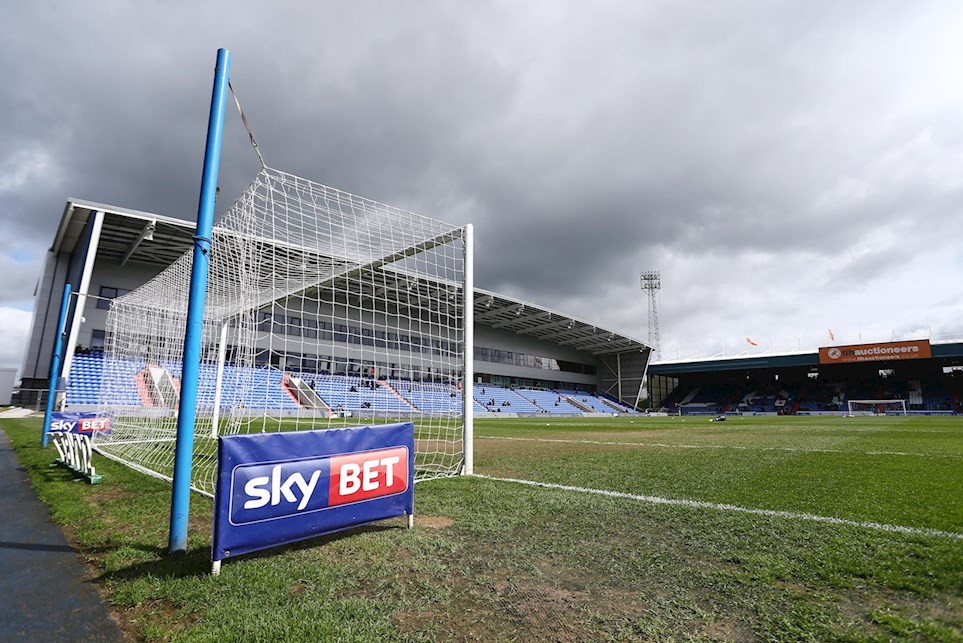 Lucas Akins' 86th minute penalty saw Albion through to the second round of the Carabao Cup after a five goal thriller at SportsDirect.com Park. All the goals came in the second half with Luke Varney and Matty Lund netting for Albion, Paul Green and Craig Davies, from the penalty spot, breaching the Burton defence as the game opened out after the break.

As promised pre-match Nigel Clough rang the changes for Albion's bow in this season's Carabao Cup. Four players were making their full Albion debuts at SportsDirect.com Park including three in the midfield engine room of the side. Summer signing Hope Akpan was handed a first competitive start alongside academy starlets Ben Fox and Joe Sbarra also making their first appearances in a Burton starting line-up. Matty Palmer and Lucas Akins completed the midfield, Palmer returning to the club where he enjoyed a productive loan spell in the 2015-16 campaign. After signing on a season long loan on Monday Connor Ripley also played against the Latics, the team he represented on loan last season in League One. He lined up behind a back four of Tom Naylor, John Mousinho, Kyle McFadzean and Damien McCrory.

The home side quickly had a chance to test out the Brewers defence and, in particular, Ripley with a free kick right on the angle of the penalty area after a foul by Mousinho on Ryan McLaughlin but Rob Hunt put a little too much on it and the ball curled comfortably beyond the far post.

Albion's first opening came on six minutes and it was Akpan turning in space 25 yards out and letting fly with a shot that dipped over the crossbar. Some excellent passing from Albion almost carved the Latics open on ten minutes. Palmer was at the heart of it playing in Akpan and when the ball was laid off for Varney the experienced striker forced an awkward save from Ben Wilson at his near post.

Apart from a McLaughlin cross that fizzed through the six yard box Oldham chances were few and far between in the early exchanges and it was the Oldham keeper, on loan from Cardiff, seeing more action. Akpan forced a good saved from him just after the quarter of an hour mark, the big keeper throwing up an arm to push away a well placed effort after good work from McCrory and Varney to create the opportunity on the edge of the box.

Albion's midfield was proving very fluid with both Fox and Sbarra starting in wide positions but drifting infield when the opportunity presented itself and from one such move space opened up for Varney to pick up possession and fire a low effort just wide of the target as the game ebbed towards the half hour mark.

Aaron Amadi-Holloway used his brawn to muscle his way into the box shortly afterwards but before he could get a shot away McFadzean recovered ground sufficiently to outmuscle the Oldham striker and clear the danger. The big former Wycombe man almost had his goal on 35 minutes with only an excellent save from Ripley denying him. Oldham broke from the edge of their own box and when McLaughlin slid the striker in there was only the keeper to beat but Ripley stayed big and pushed the shot around the post. Holloway was close again moments later rising high to get his head to a Paul Green corner only for it to flash across the face of goal to the relief of the Burton defence.

Oldham had their tails up now and Holloway went even closer on 40 minutes seeing a header beat the outstretched arm of Ripley and cannon back off the post. Fortunately for Albion the ball came back into an area where there were no Blue shirts to capitalise.

The Brewers went close to the perfect riposte when Fox was upended just outside the box making a smart turn but Palmer's effort from the free kick curled just over Wilson's crossbar.

Two minutes into the second half and Albion had grabbed the lead and put themselves into the driving seat. Oldham looked to have settled back into the game. A poor back pass from Ousmane Fane towards Wilson proved to be too short and VARNEY was onto it in a flash to round the keeper and fire into the empty net. Just the start Albion wanted.

Latics were level, however on 54 minutes. McLaughlin, looking to make progress down the left was bundled over by Naylor and from out wide Paul GREEN swung in the free kick and with nobody in the middle getting a touch the ball crept inside the far post to cancel out Albion's lead.

Albion's first substitution came just before the hour mark and it was Akpan who made way with the energy and pace of Matty Lund sent on in a central role to try and make the difference.

Varney was close to his second of the night on 63 minutes after some more excellent build up. McCrory and Akins exchanged passes on the left and Albion's left back sent in an excellent cross that was headed just over by the experienced front man.

Midway through the second half and the home side grabbed the lead. McLaughlin, on one of his trademark bustling runs, burst into the box and was adjudged to have been bundled over by Mousinho. Up stepped substitute DAVIES to fire home into the corner.

Albion were behind for just two minutes and the equaliser owed a lot to a burst of pace by Sbarra to get himself into the box and into a good position to create danger. His ball across the box initially seemed a little behind LUND but he was able to do enough to scoop a shot over Wilson.

Now it was Burtons turn to exert a spell of pressure but they were unable to unpick a resolute Oldham defence. The introduction of Marvin Sordell had an instant impact, indirectly. A hopeful pass up the right flank was siezed upon by the former Bolton man using his pace against a tiring Latics left back and as the ball was played across the edge of the box referee Scott Duncan adjudged that McCrory had been sent flying by McLaughlin, just inside the area giving AKINS the chance to send Wilson the wrong way from the spot.

Fox had a late chance to make Albion's evening more comfortable in the closing stages but his snap shot was straight at Wilson. Sordell also warmed the palms of the young keeper.

Oldham rallied themselves for a final push to take the game to extra time and a late Green free kick was somehow smuggled away at the expense of a corner, the ball rolling agonisingly across the goal before the final whistle came to Albion's rescue to see them into the second round.