Lloyd Dyer's third league goal of the season secured a precious victory for Albion in the Championship basement battle at the Macron Stadium. The winger's 23rd minute strike from 25 yards flew in to give the Brewers a precious lead and they hung on despite David Wheater's second half header crashing off the underside of the bar.

Stephen Bywater's save from the loose ball following Wheater's effort was just as important in securing the three points and Albion now find themselves just a point away from safety heading into the important Christmas run of fixtures.

For Dyer it extended a run of seven games against the Trotters in which he has never lost a game and if ever Albion needed a talisman it was against their relegation rivals who Albion have now leapfrogged.

For the trip to fellow relegation struggles Bolton it was a case of just the one change for Albion as Marvin Sordell returned to fitness in time to face his former side. The striker, who commanded a £3m price tag when moving to Wanderers from Watford earlier in his career, came into the side at the expense of Matty Palmer who scored Albion's winner on their only previous visit to the Macron Stadium two years ago in the League Cup. There was also a subtle tweak to the formation with Luke Murphy operating as a lone defensive midfielder in what seemed to be more of a 4-1-4-1 line-up.

Bolton almost made the perfect start inside the first minute, aided by some generous refereeing from man in the middle, Andy Madley. A long ball pumped forward was picked up by Gary Madine who seemed to be fouling skipper Jake Buxton in trying to get there. Allowed to continue into the box the striker tried to beat Bywater with the Albion stopper getting down well to push the ball away from danger.

Madine was close again just three minutes in when a purposeful run from fellow striker Sammi Ameobi played him in, the outstretched leg of John Brayford denying Madine a clean strike on goal just inside the box.

Albion began to settle and the persistence of Dyer, wide on the left, provided a half chance as the ball was sent into the middle for Lucas Akins to get up and head towards goal, keeper Ben Alnwick comfortably catching the looping header.

Bolton were close to opening up the Brewers defence again on nine minutes, Josh Vela exploiting space in behind Tom Flanagan at left back to burst into the area. Although the Albion man got back and got a challenge in the Bolton yougster got his cross in with a stretched Albion back line doing just enough to clear the danger.

Some of Albion's approach play was excellent as they put pressure on the Bolton back line but Alnwick remained relatively untroubled, Bywater, meanwhile, had to come to Albion's resuce again on 18 minutes when a lobbed ball into the area was headed up and into the path of the onrushing Will Buckley, the midfield man taking a first time shot but not steering it sufficiently wide enough of the Albion's in form stopper.

Two minutes later and Alnwick was called upon to make a fine save as Sordell managed to feed Dyer and bursting into the box his angled drive was beaten away at the near post. Three minutes passed by before Dyer got the better of the Bolton keeper. A free kick won by the persistence of Sordell was pumped to the edge of the Bolton penalty area. The second ball fell for DYER, 25 yards out and his shot was too good for Alnwick beaten to his right hand side as the ball bounced awkwardly in front of him. A precious lead for the men in yellow and an away lead to try and hold on to.

Bolton, stunned by the Burton goal, tried to swarm forwards in search of a quick response but with Albion dropping into their defensive shape whilst they enjoyed a fair amount of possession they struggled to create clear opportunities. A foul by Tom Naylor on Ameobi gave the Trotters a free kick at least 30 yards from goal and Madine opted to go for goal, his effort blocked on the edge of the box and when a similar free kick was awarded moments later the same outcome arose adding to the frustration of the home players and fans inside the Macron.

Having soaked up a period of pressure Albion almost doubled their lead through the unlikely source of Ben Turner. A deep cross from Brayford was helped on in the middle by Sordell with Turner, perhaps not expecting the ball to reach him, seeing the ball rebound off him before he could sort his feet out and sweep the ball home.

The match officials contrived to give the home side one final first half chance when they disagreed over a throw in, referee Madley allowing Bolton to hurl a long ball into the Burton box in the hope that something would drop but resolute defending saw Albion reach the half time break with their noses in front.

A scrappy start to the second period saw both sides frantically trying to find some rhythm to their game. A scramble in the corner gave Bolton a corner and from Vela's delivery big defender Wheater saw a towering header crash down off the underside of the bar with Bywater recovering superbly to keep out the rebound from skipper Darren Pratley.

Bolton continued to press and a teasing cross from Ameobi on his left foot was headed just over by Buckley trying to steal in at the back post. The hosts were also the first to look to their bench for inspiration with skipper Pratley making way on 59 minutes for the slightly more creative Filipe Morais. It led to a spell of Bolton penning Albion into their own half and when Ameobi exchanged passes and found space for a shot from the edge of the box on 64 minutes Albion hearts were in mouths as the ball flew past Bywater but also missed the far post.

It wqas becoming an attritional game as the second half developed with Albion seemingly content to try and play on the counter, Murphy and Tom Naylor both providing a solid midfield platform from which the Brewers could use the pace of Dyer and industry of Akins on the wings to relieve the defensive pressure.

Phil Parkinson sent on Cardiff City loanee Craig Noone with just over a quarter of an hour remaining in the hope that his fresh legs could finally unlock the stubborn Brewers back line. The Bolton boss had not seen his side lose at home since early October and there certainly appeared t be a determination amongst the men in white to preserve that record, Noone sending in severaql teasing crosses and Ameobi testing Bywater with a low shot that was well stopped and smothered by big stopper.

Sordell had a great opportunity to score against his previous employers when released by Flanagan's pass up the line but having drifted past his defender his rising drive found the side netting.

Kyle McFadzean was Nigel Clough's first choice of substitute as he replaced Miller to add some steel to the midfield unit trying to stop Bolton running through the middle.

Sordell had one final chance to beat Alnwick showing pace and skill to latch onto a throw in from Dyer and force a good save at his near post from the Bolton keeper. That was his work for the afternoon done as Sean Scannell was sent on for the closing stages.

When Madine won a free kick twenty yards out there were danger signs for Albion but Morais' free kick was dealt with by the defensive wall although the corner they conceded was only cleared as far as Vela whose well struck shot was not that far over the bar. By now Bolton had also sent on experienced frontman Aaron Wilbraham and alongside Madine they provided a physical threat to try and unsettle Albion's defence.

As stoppage time rolled around, four minutes of it in fact Albion found themselves under siege, mainly prompted when Flanagan brought down Madine inside the penalty area 'D' to concede a free kick and it was all hands to the pumps to clear their lines as the yellow wall did its job once more and secure what could yet prove to be a vital victory.

Results elsewhere meant that Albion still find themselves inside the bottom three of the Championship but this win will have undoubtedly lifted spirits in the Albion camp.

TICKETS for Burton Albion’s away trip to the Macron Stadium tomorrow are now off sale, but Albion supporters will be able to purchase tickets on the day.

Tickets will be available from the turnstiles at Block F of the Franking Sense South Stand. It will be on a cash only basis from 2pm and there is no price increase on the day.

Pre-purchased tickets MUST be collected from the Pirelli Stadium before the day of the game. 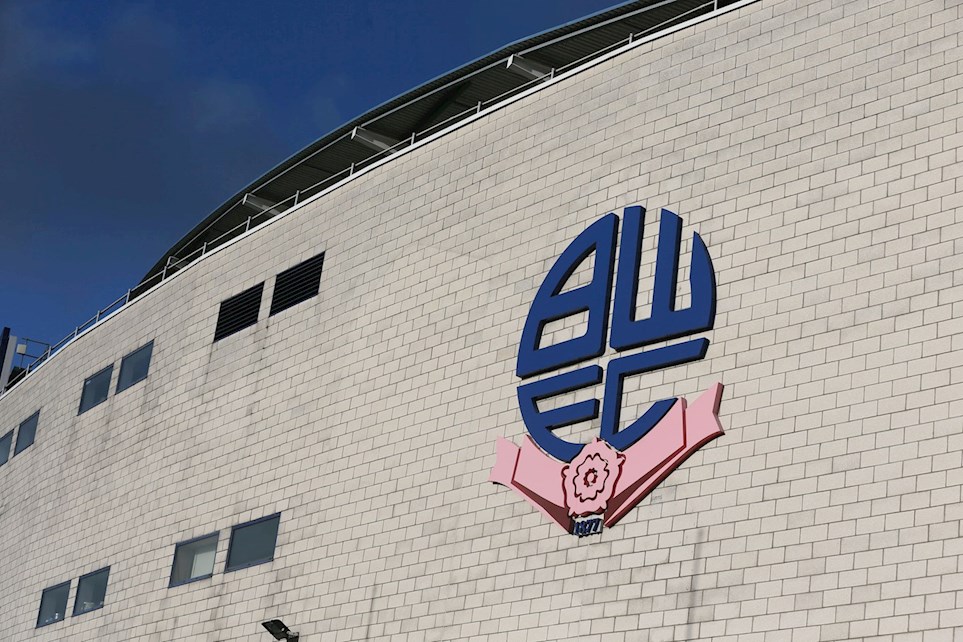 
TICKETS for Burton Albion’s away trip to the Macron Stadium on Saturday 16 December (3.00pm) are now on sale.