Johnny Russell's 81st minute strike was enough to deny Albion a point at Pride Park in an attritional game between the two sides separated by just ten miles of the A38.

Russell, a Derby player signed by Nigel Clough during his days in charge of the Rams, pounced when Albion momentarily took too long to clear inside their own box and an opportunist strike flew in to break Albion hearts. The Brewers had defended with grit and determination, as they always do on the road these days, and the late goal came as something of a hammer blow after another stoic performance.

For the Rams it was their first goal and first win against Albion in three attempts and was nowhere near as straightforward as they might have envisaged pre-match.

For the second game in a row it was a case of two changes to the starting line-up for Albion. There was something of a surprise as John Brayford was declared fit to face his former team after a spell on the sidelines with a hamstring injury. He was joined in a back five by skipper Jake Buxton who had missed the last two games with a thigh problem. Dropping out of the side were Sean Scannell who injured his groin in last weekend's defeat to Sunderland and youngster Joe Sbarra although the Academy product was on the bench alongside another midfielder to come through the youth ranks at Albion, Ben Fox, recalled from a loan spell at Tamworth to take his place on the substitutes bench. With no Kyle McFadzean, Joe Mason, Jamie Allen or Matty Lund amongst the replacements Hope Akpan and club captain Shaun Barker came back into the eighteen.

From the kick off Derby looked to get on the front foot and Tom Lawrence quickly won a corner inside the first 35 seconds, bursting down the left and getting into the box before Brayford got across to block.

Although Albion began to settle into the game quite well, Derby still continued to look very threatening early on and a superb passing move fomr the home side almost carved the Brewers defence open, fortunately it was left back Marcus Olsson on the end of it showing all the striking prowess of a left back to fire wide into the side netting.

Albion had their first real chance to threaten Scott Carson in the Dewrby goal when Marvin Sordell was adjudged to have been brought down by Richard Keogh in the eyes of referee David Coote. Matty Palmer's curling free kick was headed out by Chris Martin, defending deep inside his own box, before the ball wasd eventually worked back for Palmer to have a go from a more central area with Carson going down low to his right to save.

Derby again tried to get their slick passing game going and despite a late challenge from Naylor going in on Andi Weimann referee Coote played on with Tom Lawrence eventually drilling a 20 yard effort wide. Naylor then saw yellow before play could restart again.

The game was probably a little more open that Albion would have wished as Derby continued to lok for openings but again it came down to an attempt from distance as Martin tried to beat Bywater with a curling shot, the former Derby keeper reaching up to tip it over the bar.

Again Derby threatened to unpick Albion with some slick passing and when Martin and Lawrence picked their way through it looked all set for Derby to grab the lead until the final ball across the six yard box eluded everyone, especially Joe Ledley at the back post. Martin then got on the end of a cross from Chris Baird to glance a header wide and Matej Vydra curled an effort wide as home frustrations began to crank up a notch or two.

Derby looked as if they had found a way through when Lawrence threaded a ball through into space and Martin was all set to pull the trigger when Palmer slid in to avert the danger.

When Martin found himself with just Bywater to beat, just ten yards out and in space the breakthrough looked imminent. Bywater made an excellent save with his feet to deny the Scotland striker but even if it had gone in the flag of the assistant deemed that Martin was offside.

The nearest Derby came was actually in the 45th minute through a Burton error. Lawrence's hopeful chip into the box was intercepted by the outstretched leg of Turner. Unfortunately the ball diverted towards goal and Bywater had to use all of his 6ft 2in frame to get across and push the ball away from danger.

Derby again began on the front foot when the teams re-emerged for the second period. Albion continued to defend resolutely although Bywater was undoubtedly busier than he would have wanted. Weimann was guilty of spurning two chances to break Albion's resistance, exchanging passes with Martin before drilling a low shot straight at the Burton stopper and Bywater was in the right place again to pluck a low cross out of danger as the Austrian sent in what was a poor cross in the circumstances.

Lawrence was next to have a go, drifting inside to try and find space and like Weimann before him he could only find the waiting arms of Bywater via a deflection.

Suddenly Albion found the opportunity to attack and from a series of corners and crosses from Palmer it was Turner who got up highest to head towards the top corner with Weimann doing sterling defensive work on the line to head away.

Derby sent on Johnny Russell to add some pace and inventiveness down the left and in combination with Weimann the Scotsman soon had Derby racing forwards from an Albion corner. Flanagan picked up a yellow card for his part in bringing the move to a halt although Martin fancied his chances from the resulting free kick, Turner and Murphy both producing vital blocks on the edge of the area to protect Albion's clean sheet.

The Rams were getting closer and they had loud shouts for a penalty on 69 minutes when Lawrence suddenly found space inside the box and took aim. His shot certainly caught Flanagan on the arm but at such short range it would have been harsh on the Albion defender who could do nothing to get out of the way.

Derby's fans were growing increasingly frustrated as the game edged towards the last ten minutes still and Albion continued to deny their hosts but the home side finally had their goal on 81 minutes. Weimann again showed good movement to cut inside and feed Martin inside the box and although Bywater made an excellent save to push away an angled drive, Palmer tried to take a touch before clearing and RUSSELL was on it in an instant to volley home from ten yards. The relief inside Pride Park was palpable, and it was Albion seeing their afternoon turn to one of frustration. Sordell quickly made way for Luke Varney as Albion looked to fresh legs to try and salvage something.

Albion sent on Joe Sbarra for Palmer and the men in yellow and black went agonisingly close to an equaliser immediately afterwards. The ball fell nicely for Akins on the edge of the box but he could only steer his shot just wide. Derby nerves were jangling as that flew past the post.

Both Weimann and Russell had late chances to score a second and ease any last minutes nerves amongst Rowett's men but ultimately the points were safe and Derby had deprived Albion of so much as a point. It had not been easy though and Albion will have taken positives from their performance again even if the result  was not what they set out to get.

BURTON Albion fans will be able to purchase tickets for today's game against Derby County at Pride Park.

Albion fans will have the chance to purchase tickets on the day from the away ticket office which is located outside of the away turnstiles, although there will be a £2 increase on each ticket.

Burton Albion were unbeaten against Derby Count last season, having beat them 1-0 at the Pirelli Stadium before holding The Rams to a goalless draw at Pride Park.

Please note that Derby County operates regular concession checks at the turnstiles and any supporter asked for ID but fails to show it will be refused entry unless they purchase a new full price adult ticket. They will not offer upgrades to any supporter found to be using a match ticket with the incorrect age band. 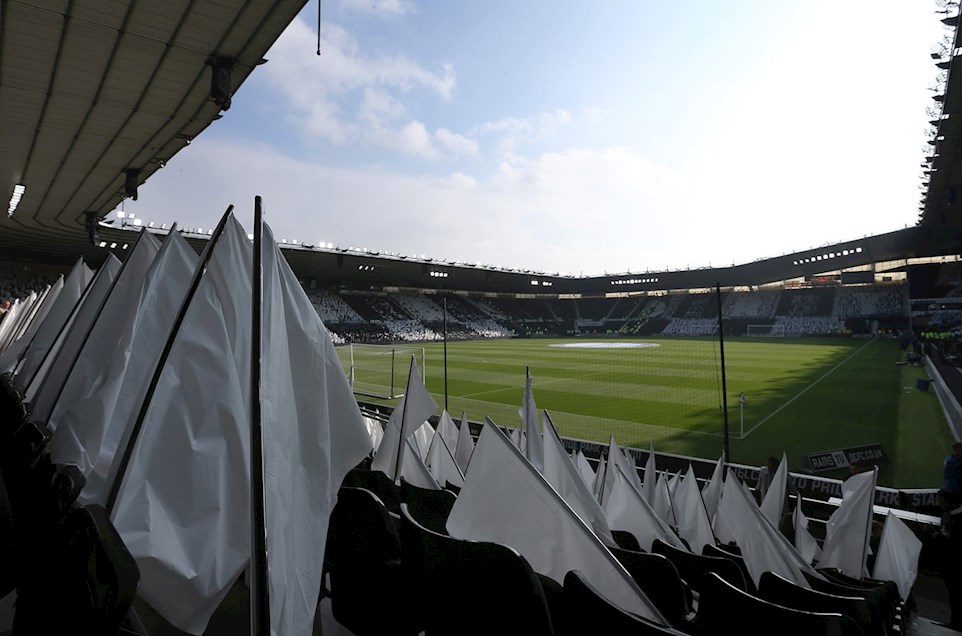 
TICKETS for Burton Albion’s trip to Derby County on Saturday 2 December (3PM) are set to go on sale.