First goals of the season from Tom Flanagan and Tom Naylor helped Albion claim an important victory on the road against last season's play-off finalists Reading.

For the second week in a row Albion produced when it mattered to claim a precious victory and lift the Brewers out of the bottom three for Christmas.

It was a real blow to Reading who were celebrating 500 games at their Madejski Stadium home but Albion played the part of perfect party poopers on the day to deliver a blow to Jaap Stam's side, picking up their first result of any sort against the Royals at the fourth attempt.

Flanagan, whose last senior goal was five years ago, ironically against Albion during a loan spell at Gillingham, opened his Burton account in his 67th appearance for the club, steering a first time shot home from fifteen yards five minutes before the break.

Reading, who had scored twenty of their 28 league goals so far in the second half of games did it again with an equaliser on 76 minutes when Mo Barrow converted from close range but a bizarre second goal for Albion five minutes later sealed the points. Liam Moore's attempted clearance hit Naylor and flew past keeper Vito Mannone into the net to hand Albion the lead once more. A lead they were able to hold on to with relative comfort until the final whistle.

You make your own luck in the Championship and Burton certainly deserved their slice of it on this performance.

After the satisfying victory at Bolton last weekend team selection was relatively easy for Albion's pre-Christmas trip to Reading. Nigel Clough opted for an unchanged starting eleven although there was a slight tweak to the formation with Lucas Akins dropping into more of a right back role as part of a five man defence. Will Miller switched to the right hand side of midfield with Tom Naylor and Luke Murphy making up the central midfield pairing. The only changes in the matchday eighteen were on the bench where Stephen Warnock made way for ex-Royals midfielder Hope Akpan and Harry Campbell stepped up as substitute goalkeeper in the absence of Middlesbrough loanee Connor Ripley.

Reading soon settled into the patient passing game whilst Albion were content to maintain their shape and try to play on the counter. After a bright start from the home side Albion started to enjoy some possession on the ball, a disappointing cross from Akins drifting over everyone trying to attack it at the back post. Reading tried to use the pace of Modou Barrow to get in behind the Brewers when they opted for a slightly more direct approach but the covering John Brayford averted the danger with an excellent intervention on nine minutes.

Leandra Bacuna was in the wars early on, requiring treatment, but there was nothing wrong with him on 13 minutes as he raced onto a crossfield ball to send a teasing ball right through the heart of the Burton six yard box with nobody there to apply a finishing touch.

Albion's first shot in anger came just a minute later when Akins working his way infield before firing in a low left foot shot that was comfortablty saved by Vito Mannone in the Royals goal.

Reading's liking for playing the ball out from the back was almost their downfall on 17 minutes. Pressure on Mannone by Lloyd Dyer eventually saw the home side surrender possession inside the final third and it was left to the supporting Tom Flanagan to fire in an angled shot that was wide of the target.

Bacuna was looking like the most likely outlet for Reading to create something meaningful and he was involved again on 27 minutes with a cross pulled back the penalty area but again the men in blue and white lacked anybody to really take control of the situation and seriously threaten Stephen Bywater's goal.

The Albion keeper finally had a shot to save on the half hour mark when the ball was worked inside for Sone Aluko to pull the trigger but his low effort never really looked like troubling Bywater.

Albion's high pressing almost had the home side in trouble again as they tried to pass it around at the back rather than clear upfield. Only a harsh looking free kick against Flanagan came to their rescue just as it looked as though skipper Paul McShane had surrendered possession just outside his own penalty area.

Almost out of nowhere Albion grabbed the lead on 40 minutes. A throw in on the right was aimed towards Sordell in the box. It was either a very clever dummy by the striker or the defender marking him got too tight on to him but the ball ran past him straight into the path of FLANAGAN who, with the outside of his left foot steered the ball beyond a flailing Mannone.

The unrest amongst the home fans was still tangible as the second half started and with Reading still content to play their patient passing game, adhering to their manager's philosophy. In fact it was Albion with the first decent opportunity of the second half, Akins whipping in a curling centre that Dyer threw himself at without being able to make meaningful contact.

Will Miller had an excellent chance to make it 2-0 to Albion shortly afterwards when excellent play from Flanagan and Dyer worked the ball across the box to him. The former Spurs youngster snatched at a first time shot when in reality he had time to take a touch and properly set himnself, his final shot taking a deflection off a defender and landing safely in the relieved arms of Mannone.

Luke Murphy picked up the first yellow card of the game for pulling back Barrow as he tried to burst forwards and as Reading started to come forwards with more purpose and confidence it was that man Flanagan with an excellent block to prevent another Barrow effort from just inside the box.

Reading made the first substitution of the afternoon on the hour mark and it was the returning John Swift that Stam turned to for creative threat as the hard working Dave Edwards made way.

Good pressing from Miller forced Joey Van Den Berg into rashly giving away a corner kick and only a nudge by Ben Turner at the back post, spotted by referee Brooks prevented Miller bagging the second Burton goal of the afternoon.

Aluko had Bywater at full stretch to see a 25 yard effort flash wide of the post as Reading tried to left themselves and the Madejski Stadium crowd with a rousing second half performance.

Miller took no further part in the action as he was replaced by Jamie Allen for the remaining twenty or so minutes. Albion were looking for any chance to gain some relief from their defensive duties and they were agonisingly close to doubling their lead and giving themselves some breathing space when a free kick was lifted in behind the Reading defence that stepped up too slowly and Akins and Dyer between them could not quite apply a finishing touch.

It was a costly chance to miss as Reading heaved a huge sigh of relief with the equaliser on 75 minutes. The ball was worked patiently to the diminutive figure of Liam Kelly on the right and when Albion failed to clear the ball as it came in BARROW was the man on the spot to convert from close range.

Parity was only restored for a matter of five minutes as Albion retook the lead in bizarre circumstances. Reading's passing defensive football eventually cost them dearly as pressure just outside the box forced Liam Moore into a hasty clearance that was blocked at close quarters on the edge of the box by NAYLOR, the ball cannoning goalwards and out of reach of Mannone and into the bottom corner of the net.

Fortuitous or not Albion had something to try and cling to and their next change saw fresh legs up front with Sean Scannell asked to take over ploughing the lone furrow in attack from Sordell.

A further change saw Murphy withdrawn for ther extra solidity of Kyle McFadzean. With the midfielder already on a yellow card it seemed like a sensible idea. It worked a treat as McFadzean won some important headers to clear Albion lines and send the Brewers up to 21st in the table. If that isnt enough to cheer Albion fans up for Christmas then surely nothing is.

TICKETS for Burton Albion’s trip to the Madejski Stadium to take on Reading tomorrow are just £5 each.

Ticket prices have been reduced to £5 for this fixture, in celebration of the 500th fixture at the Madejski Stadium.

The easiest way to purchase tickets is online by clicking here. Alternatively tickets can be purchase over the phone (01283 565938) or in person by visiting the club shop during opening hours.

They will go OFF SALE from the Pirelli Stadium at 4PM today but Brewers fans can buy tickets on the day at the Madejski Stadium from the South Stand Ticket Office between gates 9 and 10. They accept cash and card and the office will open from 1.30pm. 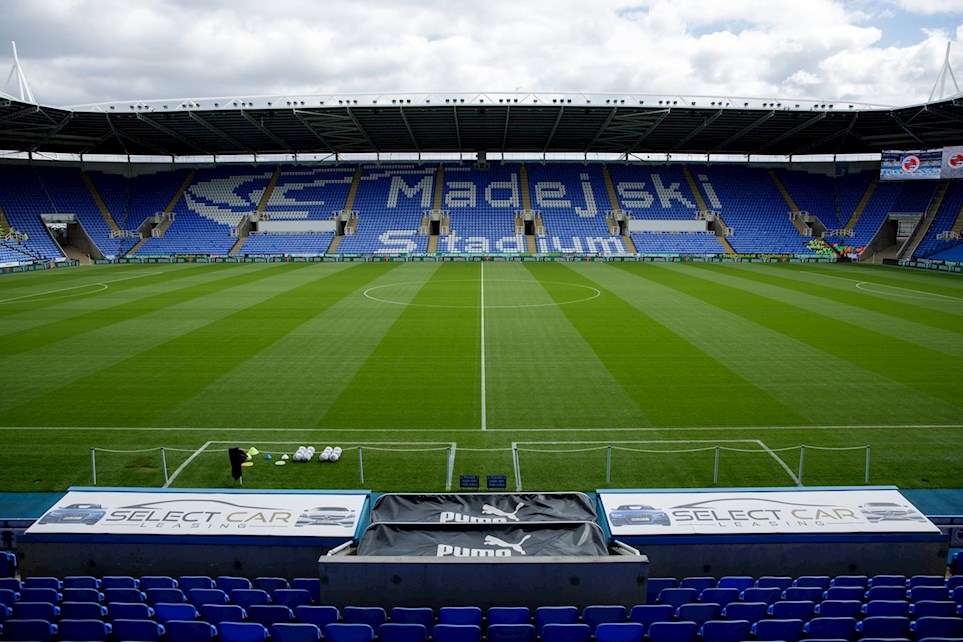 
TICKETS for Burton Albion’s away trip to Reading on Saturday 23 December are now on sale to Season Ticket Holders and Priority Members.