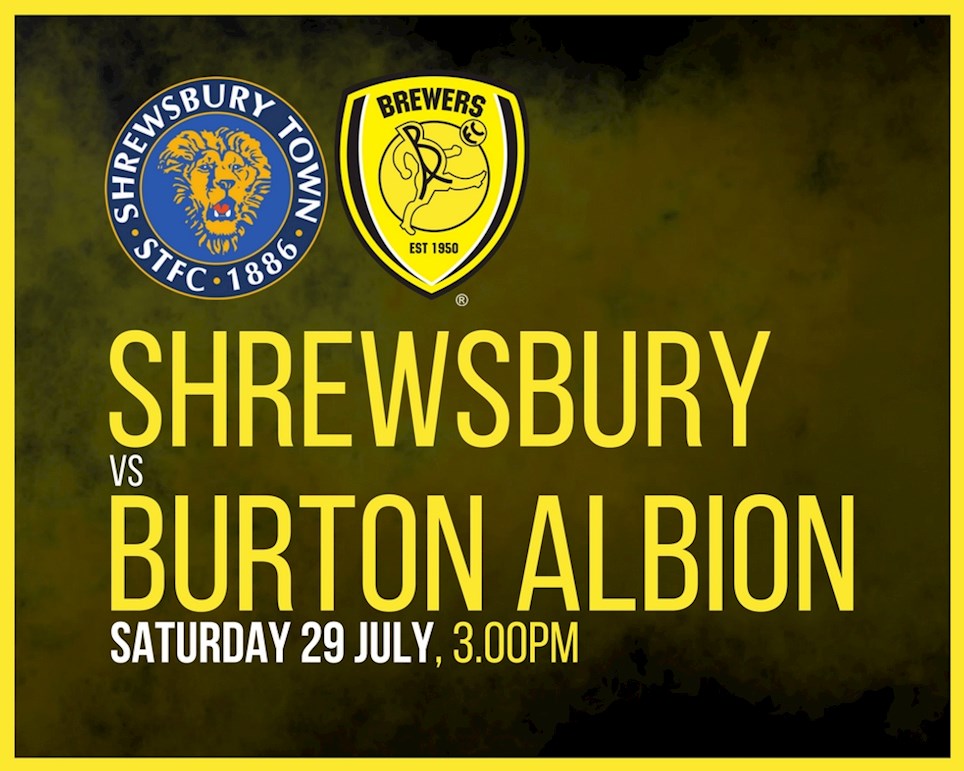 NIGEL Clough named an almost-unchanged side to the team that narrowly lost 1-0 to West Bromwich Albion on Wednesday night at the Pirelli Stadium.

Lucas Akins came in to replace Jackson Irvine who was rested as a precaution after feeling a hamstring injury.

Matty Lund has been in fine form this pre-season after signing from Rochdale in the summer, and he nearly added to his three goals early on at New Meadow when Lloyd Dyer's deflected cross from the left landed in a dangerous area inside the box but Matty Lund's effort was blocked by Dean Henderson in the home goal and cleared.

Despite the bright start from Nigel Clough's men it was a first half that went from bad to worse.

After being on the receiving end of a terrible tackle from Abu Ogogo, Marvin Sordell went in with a tackle of his own not long after, only to be shown a straight red card as the Albion went down to ten men.

Record signing Liam Boyce was the next man to leave the field, but he was stretchered off through injury. The forward seemed to have his heels caught from behind as he challenged for a header. The Brewers down to ten men at this point, and without a striker on the pitch.

With the lack of chances created it was no surprise to see the teams go into the break at 0-0.

Despite being a man lighted it was Burton Albion that started the second half the brightest. Lucas Akins broke through on goal after pinching the ball off Aristote Nsiala but the Shrewsbury defender got back, tugged on Akins' shirt and got away with just conceding a corner.

The home side rarely got a sight of goal throughout the whole 90 minutes, but Louis Dodds came just a post's width away from putting Salop ahead on 70 minutes. The former Port Vale striker shot on the turn inside the box after a corner fell kindly to him, but his effort cannoned back off the upright.

The Shrews got a second sighting of goal towards the latter stages of the game, but it was from the penalty spot. Shaun Whalley cut inside from the right and drew a foul from Jake Buxton. Whalley stepped up himself and dispatched it down the middle.