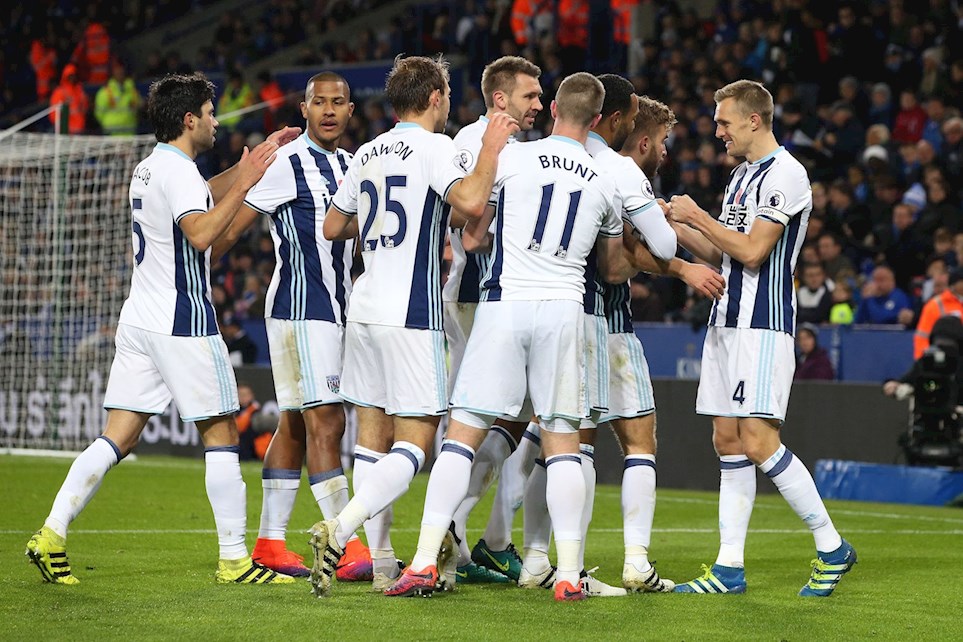 
The Brewers will host Premier League side West Bromwich Albion this evening at the Pirelli Stadium.

It was another excellent workout for the Brewers as the majority of their side got a full game under their belt in preparation for the season opener in ten days time.

Nigel Clough employed the now familiar 3-5-2 formation deploying Matty Lund in the right wing back role, Lloyd Dyer on the left and a back three consisting of Jake Buxton, Kyle McFadzean and Stephen Warnock, skipper for the evening. A strong looking midfield three consisted of Jackson Irvine, Luke Murphy and new signing Hope Akpan. Marvin Sordell and Liam Boyce were the chosen pairing in attack.

Albion started brightly but it was West Brom’s new signing Jay Rodriguez who had the first chance for a strong looking Baggies side although his header was comfortably saved by Stephen Bywater.

Rodriguez was instrumental in an excellent chance for West Brom on 21 minutes playing a delightful ball into the path of Nacer Chadli, the Belgian lifting his shot against the face of the crossbar from close range

A free kick on the edge of the Burton box saw Bywater worked again as the first half reached its midpoint, Salomon Rondon forcing the Brewers stopper to save well low down to his right.

Good link up play by Burton, in and around the West Brom boxed fashioned a chance for Dyer from the left but he blazed over after good work from Akpan and Boyce inside the area.

Rondon was a little more wayward just after the half hour mark curling a left footed effort over the bar after some short sharp passing in the Burton half had opened up the chance for the big Venezuelan.

The big South American was not afraid to use his strength when needed shrugging off several challenges on a bustling run before being crowded out on the edge of the box.

Bywater produced an excellent one handed save to deny Matt Phillips inside the box as West Brom threatened once more on 37 minutes.

Ben Foster was quickly called upon in the opening stages of the second half, Warnock sending in a teasing cross-shot that was spilled by the Baggies keeper.

Boyce was close to his first goal in a Burton shirt on 56 minutes. Straining to meet a curling cross from Sordell the ball across was just to high for the Irishman under challenge at the back post.

Twice in the early stages of the second half Allan Nyom had to produce vital clearing headers inside his own box as Burton began to threaten more and good work from Irvine and Dyer resulted in a teasing cross fizzed through the six-yard box without anyone able to get a crucial touch.

Excellent interplay from The Brewers around the hour mark created an opportunity for Akpan to burst forwards but his low shot was saved well by Foster.

Burton made a flurry of substitutions, most notably for Boyce and Sordell who left the pitch moments after struggling to recover from challenges.

West Brom were close to snatching the lead when a back post header from Ahmed Hegazi was superbly blocked by McFadzean but the Baggies had the lead from the resulting corner when RODRIGUEZ got up well to head home off the inside of the post.

Substitute Callum McManaman almost doubled the Baggies lead with a curling effort moments later cutting inside and letting fly from just inside the box but despite late pressure at both ends it was the goal from Rodriguez that ensured it was their skipper Jonny Evans that lifted the Bass Charity Vase at the end of the evening.


The Brewers will host Premier League side West Bromwich Albion this evening at the Pirelli Stadium.