THE Brewers are back in action this evening after seeing their game against Sheffield United on Saturday postponed due to poor weather conditions. Nigel Clough’s men host Brentford (7.45pm kick off).

HEAD 2 HEAD
The two sides have met three times in their history, all of which have come in league fixtures. They first met back in December 2016 at Griffin Park, where Brentford ran out 2-1 winners.

When Brentford came to the Pirelli Stadium that same season they won 5-3, after Burton Albion went in to the break 3-1 up.

Ben Turner rescued a point at Griffin Park earlier in the season when the Brewers fought out a 1-1 draw away from home.

BURTON ALBION TEAM NEWS
Tom Flanagan will be back available for selection for tonight’s game, but Hope Akpan could be sidelined by injury.

Defenders John Brayford and Ben Turner are still struggling with their calf injuries and will miss the game but Marvin Sordell is expected to be fit after shaking off the effects of illness and a sore toe.

Lewis MacLeod has returned to training, but remains a doubt as he continues to rebuild his fitness, while Rico Henry and Nico Yennaris are both set to miss out.

REFEREE
Tony Harrington is the man in the middle tonight. The Cleveland-based referee has officiated 28 games so far this season, brandishing 104 yellow cards and five reds during that period.

He was in charge of Burton Albion’s 1-0 win over Millwall at The Den back in November.

Harrington will be assisted by Geoffrey Russell and Daniel Leach with John Brooks the fourth official.

TICKETS
Albion supporters can still purchase tickets for this evening’s game against Brentford, and can do so online, over the phone (01283 565938) or in person by visiting the club shop during opening hours.

CAR PARKING
Supporters can park in the Pirelli Stadium car park for just £5, as well as Burton Albion's overflow car park at Ryknild Industrial Estate, left at the island for £5. the Pirelli Tyres staff car park is available this season (£3 per car).

Burton Albion encourages fans to walk to the ground or use public transport to get to the stadium if possible. Supporters who do come to the ground in vehicles are encouraged to car share.  All supporters are asked to park responsibly and to be aware of parking restrictions and the needs of residents when leaving their vehicles.

Activities include small sided games, penalty shoot outs, skill challenges and much more. It's completely FREE with a match ticket! Just turn up between 6.15 and 7PM.

FAMILY AREA
After a successful trial Burton Albion Football Club is making its Family Area a regular feature for the remainder of the 2017-18 Season.

BAG POLICY
Burton Albion is reminding fans that they are encouraged not to bring bags to the Pirelli Stadium.

An own goal from skipper Kyle McFadzean along with a precise finished from Ollie Watkins condemned Albion to another disappointing defeat on home soil as Brentford headed home to the capital with the three points.

The Brewers were holding their own against the lively Bees until the unfortunate moment when Watkins' cross thundered into the big Albion defender and flew into the net on the hour mark before the striker capped an impressive performance by finding the bottom corner with ten minutes remaining.

Albion made three changes to the side that slipped to a narrow single goal defeat to Millwall last time out. Damien McCrory carried on at left back having replaced John Brayford early in that game and there was a return for Luke Murphy as Hope Akpan missed out with an ankle injury picked up in training. In attack the rotation continued as Liam Boyce started the game with Darren Bent on the bench.

Brentford went close inside the first two minutes, a free kick curled in from the left by Ollie Watkins flicked on by skipper John Egan and drifting just wide of the post with nobody able to get a decisive touch as it flew through the six yard box.

Albion responded in positive fashion and a good run down the left from McCrory saw his cross, bound for Boyce in the middle blocked out at the near post.

The Bees were buzzing around the Burton defence whenever they were trying to play the ball out of defence and Kyle McFadzean almost got caught out as Florien Jozefzoon forced a mistake before the Dutchman went down in the box, referee Tony Harrington deeming neither challenge a foul.

Brentford's patient passing build up play almost found a hole in the Burton rearguard on 23 minutes and as the ball was played across the edge of the penalty area towards Jozefzoon only the back tracking of Lloyd Dyer cut out the danger as the visitors continued to grow in confidence. There was more danger to follow when Jozefzoon swung over a teasing corner and Andreas Bjelland got a glancing header on it, the ball once more landing the wrong side of the post.

There was plenty of concern on the half hour mark when McCrory went into a 50-50 challenge with Jozefzoon on the Burton left. The Brentford man continued and tried to set up a chance that ende dup wide of the post but the Burton man stayed down before gingerly limping off and eventually returning to the action. Given his knee injuries earlier in the season it was good to see him return to the pitch after treatment.

Brentford, with Ryan Woods, the main prompter in midfield, continued to look the more inventive and a free kick from the former Shrewsbury man fell nicely for full back Henrik Dalsgaard to lift a shot well over the Burton bar.

Albion spurned an excellent chance to grab the lead on 39 minutes, Dyer scampering away down the left and keeping the ball in to deliver a cross into the middle where Samuelsen volleyed over the bar with a first time shot. It was a clear opening and the West Ham man's frustration at not hitting the target was clear to see.

With five minutes of the half remaining McCrory finally gave in to the knock he received earlier. He cut a forlorn figure as he left the pitch with Tom Flanagan taking his place on the left hand side of defence.

Neal Maupay, who had earlier picked up a soft yellow card for not retreating at a free kick escaped a second card when he left something in a challenge on McFadzean on halfway and was on the receiving end of a lecture from referee Harrington.

Dean Smith took the decision to replace Maupay for the second half with Emiliano Marcondes appearing at the start of the second period as his replacement. Brentford started brightly and a flurry of corners had the Londoners believing that a goal was just around the corner although the Burton defence stood firm with Akins providing at least one crucial interception at the back post to prevent Smith's side snatching the lead.

Flanagan found himself in the book after a mistimed challenged on Jozefzoon a couple of yards outside the penalty area after more pressing from the Brentford midfield had forced McFadzean to turn over possession. It got worse for the Burton skipper when Watkins' free kick , which initially looked an awful one, was worked back to him and his low drilled cross cannoned off the Burton defender and past Bywater at his near post.

After a spell of pressure where Brentford sensed a second goal was there for the taking as Albion reeled from the disappointment of conceding the Brewers eventually cleared their heads and when Dyer drilled in a teasing cross from the left Bjelland had to hack the ball over his own bar as he raced back towards his own goal.

Dyer was again at the heart of things on 68 minutes with a dipping cross from the left that was just too high for Jamie Allen darting in at the back post as Brentford had two players down and out of the game.

Brentford almost gifted Burton an equaliser on 70 minutes when Dalsgaard failed to deal with a long ball out from Bywater and Boyce was there to pick up the loose ball eventually driving a shot into the side netting as Egan tried to force him wide on the edge of the box.

Albion were inches away from an equaliser on 74 minutes but perhaps symbolic of their season so far, when substitute MArvin Sordell's cross was deflected by Egan at the near post, this time the ball flew across the game and just missed the far post. Such fine margins.

When Watkins worked his way across the edge of the box and fired home low inside the post with ten minutes to go it put clear daylight between the two sides and effectively seal the victory for Smith's side.

Substitute Sergi Canos almost added to Burton's misery with a thunderous shot that Bywater beat away and Watkins threatened to run clear of the Albion defence a minute later only for Bywater to come rushing out and clear the ball off his toe. Watkins had one final opportunity with a low shot on the turn in stoppage time but Bywater was equal to it as Brentford saw out the game.

TICKETS for Burton Albion’s next home game in the Championship remain on sale.

Nigel Clough’s men will host Brentford at the Pirelli Stadium on Tuesday 6 March (kick off 7.45pm).

The Brewers earned a great point in the reverse fixture back in November thanks to Ben Turner’s late header at the back post.

The easiest way to buy tickets is online by clicking here. Alternatively, Albion fans can purchase tickets over the phone (01283 565938) or in person by visiting the club shop during normal opening hours. 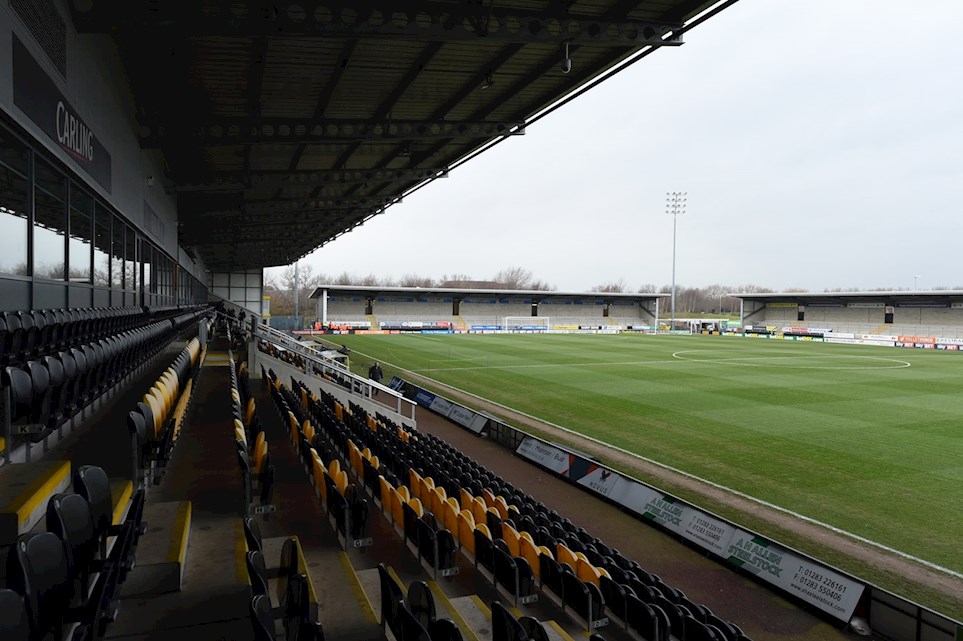 
TICKETS for Burton Albion's home game against Brentford are now on sale.