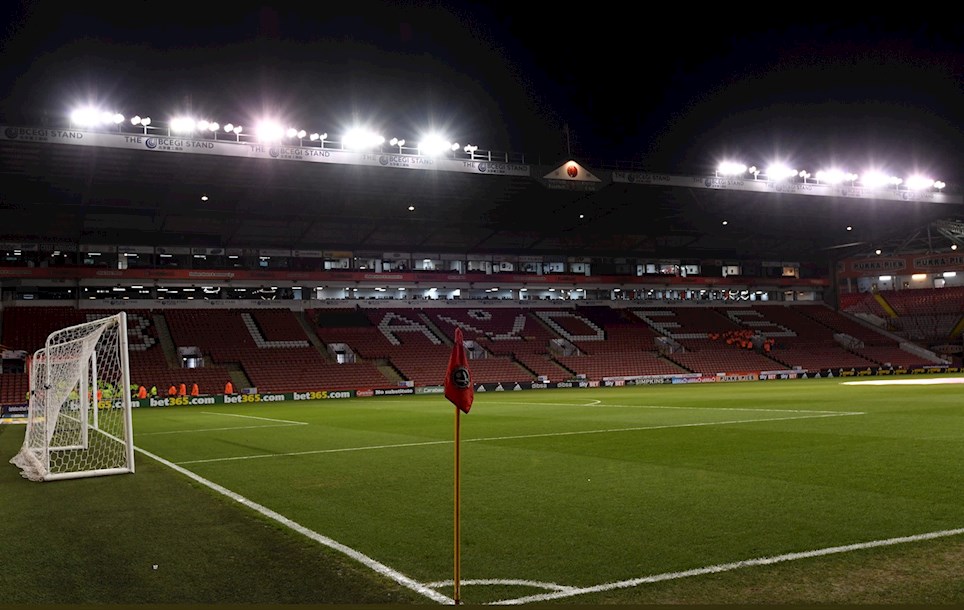 Goals in each half from Enda Stevens and substitute David Brooks secured Sheffield United's first home win against the Brewers at the fourth attempt as Albion slipped a point further away from Championship safety.

A trip to Chris Wilder's play-off chasing Blades was always going to be a tall order for the Brewers but it was the home side who had the cutting edge in attack to see off a spirited Albion who were always in the game, even after Stevens' effort just before the half hour with several uncomfortable moments for the home side until Brooks swept home just four minutes after coming onto the pitch.

Home keeper Jamal Blackman made several good saves to keep his side ahead, mainly from Lloyd Dyer but Albion's inability to convert their chances when they came along cost them again as the Brewers slipped to four points away from fourth bottom Barnsley after the Tykes home point against Norwich City.

With injuries biting deep into the Burton squad after Saturday's goalless draw with Bristol City there were three changes to the starting line-up for the rearranged trip to Bramall Lane to take on Nigel Clough's former side. Lucas Akins (hamstring) and Luke Murphy (calf) were missing from the squad altogether as was Martin Samuelsen, still feeling the effects of his illness prior to the Bristol game. Dyer, who played 85 minutes at the weekend having been rested, returned on the left hand side of midfield and the central area was bolstered by the return of both Jacob Davenport and Jamie Allen. The injury situation was highlighted by the fact that Albion could only name six substitutes, including Liam Boyce who limped off at the weekend with an ankle problem.

After a very subdued start to the game with both sides seemingly playing well within themselves the game sparked into life on ten minutes when Jamie Allen and Lee Evans both threw themselves into a challenge for a loose ball. Both players required treatment with Allen coming off worse and having to be replaced by Joe Sbarra. Referee Scott Duncan decided that there was no foul on either player's part and restarted with a drop ball.

Sbarra was soon involved in the action as Albion looked to break through the Sheffield rear guard. Some near passing on the edge of the box saw Dyer played in on the left and his angled show was pushed around the post by Jamal Blackman who then comfortably dealt with the resulting corner.

Albion continued to look most threatening when they could get Dyer and Damien McCrory linking up on the left and a good delivery in from that side picked out the head of Hope Akpan in the centre who slightly mistimed his header to make for a simple catch by Blackman.

United started to string their passes together as the half reached its halfway point and John Fleck managed to wriggle his way into the box before drilling a low cross through the six yard box that Kyle McFadzean managed to get a flick on to ensuring it wasnt converted by anyone in a red and white shirt.

Fleck almost profited from a short corner routine on 28 minutes making a run across the edge of the box before firing off a left foot shot that hit his own player, James Wilson, on its way through to goal.

The pressure was building and United had the lead a minute later as their full backs combined to cut the Brewers open and take the lead. George Baldock found space on the right to pick out STEVENS in the middle and the former Aston Villa youngster calmly steered the ball home.

Tom Flanagan's persistence on the right almost brought Albion an equaliser on 38 minutes as he rode a couple of challenges, eventually trying to pick out Dyer at the far post with Blackman just getting there first to intercept at the feet of the winger.

Albion produced some excellent passing football on 43 minutes to work themselves an excellent chance. Flanagan again got in down the right and his low cross was flicked towards goal by Akpan with a deflection helping Blackman to see it wide of the post.

The keeper was alert and in the right spot moments later when Dyer again found himself played in on the left and the keepr on loan from Chelsea showed good reflexes to ensure it went wide of the far post.

When half time came it was probably the wrong moment for Albion as they were just building up a head of steam in the search for an equaliser with Akpan just over running the ball as he lined up a shot on the edge of the area before being closed down by a wall of red and white. An encouraging end to the half for Albion.

United clearly wtepped things up a gear at the start of the second half and they really should have been two up on 49 minutes when Richard Stearman stepped out of defence to set up another attack, providing the opportunity for James Wilson to deliver a cross to the back post that most inside Bramall Lane would have put their house on Billy Sharp converting at the back post only for the striker to get his connection all wrong.

Albion quickly relieved the pressure by winning a corner at the other end and Sordell could not quite sort his feet out as the ball came to him in the centre of the goal. A real let off for the home side.

Former Albion loanee Mark Duffy almost had a goal against his former club as play quickly swung to the other end an angled drive kept out by Stephen Bywater with Flanagan hacking clear the loose ball as Sharp looked to pounce on the rebound.

It almost proved costly for Sheffield United as another flowing Albion move won another corner and this time Bent at the far post failed to get enough of a contact on Davenport's curling set piece. United continued to live dangerously when Stearman got in the way of a Flanagan cross and almost put the ball into his own net, the ball skewing across goal and wide.

Evans went in referee Duncan's book on 57 minutes for a poor challenge on Davenport in almost the same spot that he had come together with Allen in the first half this time the refee correctly adjudging there had been an infringement and producing his first card of the game.

United opted to introduce their highly talented young midfielder David Brooks on the hour mark and he took the place of Manchester United loanee Wilson as Chris Wilder looked to put the game to bed rather than sit rather uncomfortably on a single goal lead.

BROOKS did not have long to wait to have an impact as he bagged the goal his manager craved on 64 minutes. Duffy was the instigator with a slide rule pass through to pick out the Welshman's run and he did the rest finding the bottom corner unerringly from just inside the box.

United were in the mood for more goals and Evans almost went into the referee's book for the right reason on 70 minutes, a rasping, rising drive from 22 yards shaking the crossbar before going over.

Naylor picked up a booking on 72 minutes for bringing Duffy down and the card was out again a minute later as Stearman sent Naylor over as he tried to spearhead a break from the edge of his own area.

Albion made a double change with ten minutes remaining Luke Varney came on to replace the tiring Bent up front and skipper Jake Buxton was sent on for Flanagan with Naylor switching to right back.

The Blades also made a change late on with John Lundstram sent on to bolster the midfield area with Duffy, after a hard working shift, the man to earn a rest for the closing minutes.

When Naylor bundled Sharp over on the edge of the box with barely a minute of normal time to go it allowed Fleck to sewt his sights on goal again and this time Bywater produced an excellent save to divert his curling left footed effort around the post. Sharp was close to acrobatically volleying home the resulting corner only for ex-Blades man McFadzean to get in the way and ensure that the ball didnt get past the last line of defence and heap more disappointment on the Brewers.

Things dont get any easier for Clough's men with a trip to league leaders Wolves next up with the international break no doubt offering the chance for some of Albion's walking wounded to get themselvs fit for the crucial month of April coming up.

BURTON Albion fans who bought tickets for the original date for the away game at Sheffield United and who can't travel to the re-arranged match have until noon tomorrow to claim a refund.

The Championship game was called off on March 3 due to the snowy weather and will now be played tomorrow night.

Tickets for the original date are valid for the re-arranged date but anyone who can't make the trip tomorrow can have a refund - but only until noon on Tuesday, March 13. Tickets must be brought in person to the club shop to claim the refund.

Tomorrow at noon is when tickets go off sale so anyone still wanting to follow the Brewers at Bramall Lane has until that time to purchase tickets. 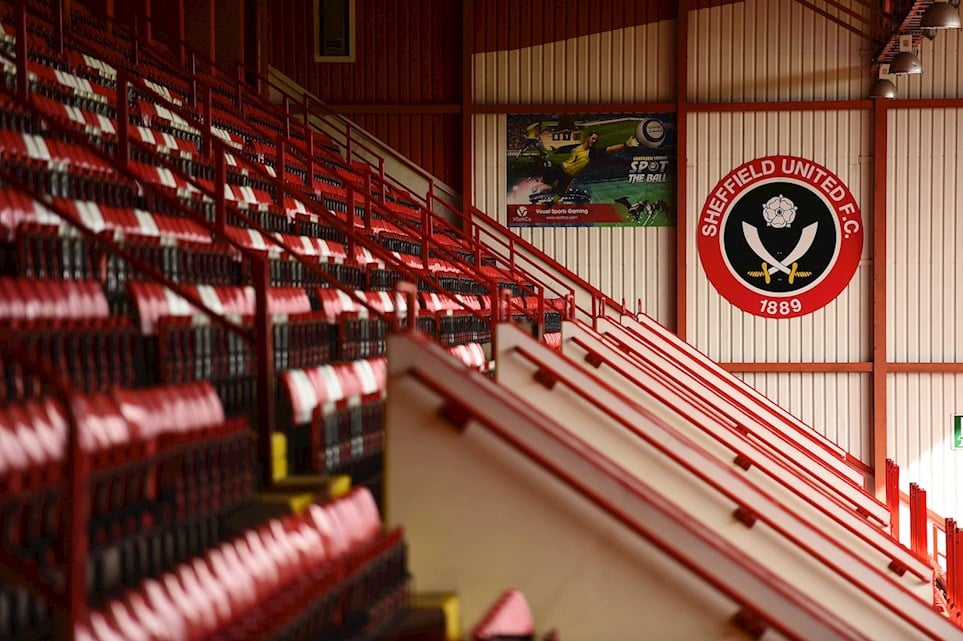 
TICKETS for Burton Albion's trip to Sheffield United on Saturday 3 March (kick off 3PM) are now on sale.