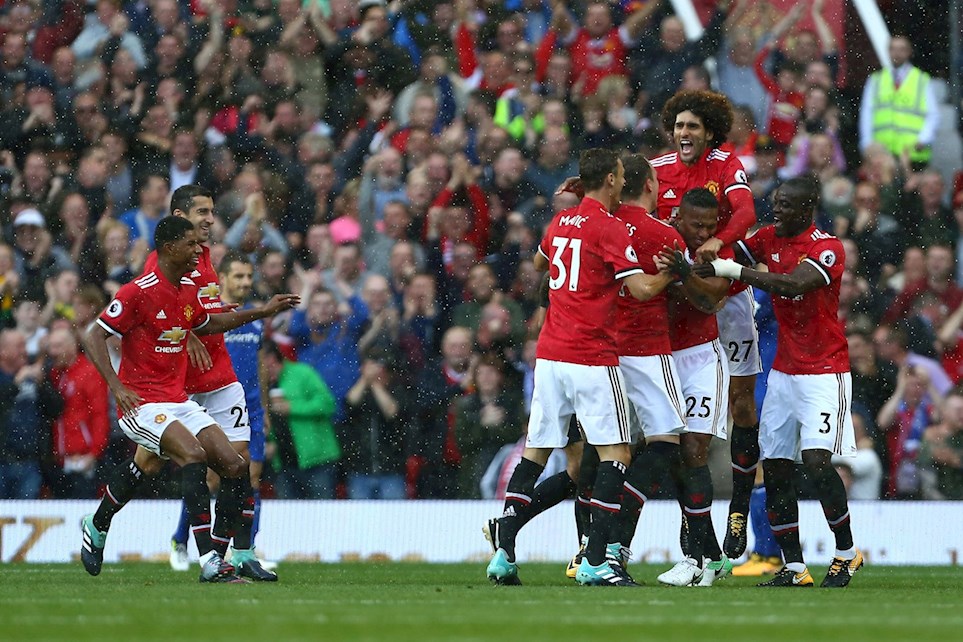 Lloyd Dyer's injury time goal gave Albion something to cheer at Old Trafford despite a first half brace from Marcus Rashford and strikes from Jesse Lingard and Anthony Martial ensuring that it was Jose Mourinho's side who would progress to the fourth round of the Carabao Cup.

It was a battling performance from the Brewers who were able to hold their heads high despite bowing out of the competition. Albion had chances to score in the game before Dyer netted late on after Joe Mason had hit the bar with United at their clinical best having scored four goals in a game for the fourth time this season.

Both sides made nine changes from their respective league matches last weekend. Brewers boss Nigel Clough definitely had one eye on the upcoming game with QPR with his team selection. Connor Ripley, who featured in the first two rounds at Oldham and Cardiff returned in goal in front of a back three that featured just Ben Turner from the weekend win against Fulham. Tom Flanagan and Tom Naylor also returned to the starting line-up. Following a spell out through suspension and then injury there was a recall for Hope Akpan in a defensive midfield role behind a four man midfield of Matty Lund, Jamie Allen, Matty Palmer and Dyer. Up front Luke Varney was handed the captain's armband as he partnered Mason in attack.

For the home side Jose Mourinho certainly showed his determination to retain the trophy that his side won last season fielding a team packed with experience and flair. Matteo Darmian, Victor Lindelof, Chris Smalling and Daley Blind formed a formidable defensive line in front of Argentine keeper Segiro Romero. Michael Carrick made his first appearance of the season partnering Ander Herrera in midfield whilst the attacking trio of Jesse Lingard, Juan Mata and Anthony Martial were charged with providing the support for Marcus Rashford in attack.

Albion started positively and Luke Varney forced the first save of the evening from Romero with a neat shot on the turn. However it was United who quickly showed their ruthless streak to take the lead on five minutes. Carrick's angled ball into the box was touched on by Lingard and RASHFORD was there to clinically finish from about 12 yards.

Jamie Allen also tried his luck on goal with a curling effort that was just too high as Albion continued to look to get on the front foot whenever they could.

The Brewers had more reasons to take encouragement in going forwards on 14 minutes when Matty Palmer swung over a free kick to the back post and Romero was less than convincing in dealing with it.

RASHFORD was in devastating form though and doubled his and United's tally on 17 minutes with a fantastic effort. Blind picked out the England striker with his back to goal but a smart turn and shot from 20 yards flew past Ripley's dive. A quality finish from a quality player.

United were almost in again moments later as Martial tried to burst into the box but he showed just enough of it to Flanagan who slid in with an excellent challenge forcing the ball out off the United man. Rashford was denied by an excellent tackle from Turner on the left hand side before Ripley came up with two excellent stops to deny both Mata and Martial.

The game was in the 26th minute when Albion had another excellent chance to find the net. Varney again showed his aerial ability and then picked out the run of Mason inside him. With Romero charging off his line the Wolves man tried to dink the ball past him, the Argentine getting sufficient contact on the ball to send it wide for a corner.

United were soon back on the attack inside Albion's box and Mata was denied by the post with Carrick teeing Martial up for an acrobatic finish that was deflected wide by a block from Flanagan, once again doing some sterling defensive work.

A third United goal came on 36 minutes but there was a mixture of skill and good fortune about it. Martial proved the exquisite touch and skill to come out of a challenge from Allen with the ball at his feet and his pass was able to pick out LINGARD. The element of good fortune came about when the man in red shaped to shoot and his shoot took a big deflection off Turner, throwing himself in to block on the edge of the box, unfortunately only diverting the ball past the wrong footed Ripley.

Albion quickly squandered another good opening. Palmer's superb curling cross to the back post was perfect for Lund who brought it under control but as Blind came across to block he lifted his shot over the bar.

Both sides made changes for the second half. Uniyed replaced Mata with Luke Shaw whilst Albion withdrew both Allen and Turner, Stephen Warnock and Luke Murphy slotting in as straight replacements. The Brewers quickly fashioned another presentable chance for themselves as an angled ball was played in and Akpan stooped to steer a header wide of the target.

The tempo of the gave inevitably dropped after the break with United with the comfort of their three goal advantage but Martial was still determined to add his name to the scoresheet. He almost achieved his aim on 57 minutes with some excellent close control only to be denied by Ripley with a good save low to his left. The Frenchman did not have long to wait though. An unfortunate miscontrol from Naylor allowed Rashford to slide MARTIAL in for a clinical finish from just inside the box.

Rashford was not going to be afforded the opportunity to grab his hat-trick. Another United youngster, Scott McTominay was given some valuable first team minutes.

McTominay settled into a midfield role and he drew a foul from Warnock that resulted in a yellow card for the experienced defender with twenty minutes remaining. Warnock followed Akpan into referee Graham Scott's book, the Nigerian midfielder having also seen yellow for a first half challenge on Lingard.

With thirteen minutes remaining it was Akpan who made way for Albion's final substitution of the evening. Lucas Akins getting the chance to perform on the Old Trafford stage for the closing stages. United also made their third change with Romero replaced in goal by youngster Joel Pereira.

Martial was inches away from his second of the evening on 79 minutes latching onto a through ball with Flanagan again the man tracking back and doing just enough to ensure that the French forward put his shot just the wrong side of the far post.

The closing stages were played at a much more sedate pace although Dyer injected some life into proceedings on 85 minutes exchanging passes with Mason before guiding a left foot effort over the bar.

A foul on Lingard just outside the box gave United the opportunity to add a fifth but Martial, after taking aim, rippled the side netting although Ripley appeared to have it covered had it been going inside his post.

The game was into its one added minute when Albion got the goal their performance had deserved. Mason did well to flick a header against the face of the crossbar and as Pereira made heavy weather of dealing with the rebound at the far post the ball broke to DYER who lashed it home. There was little celebration amongst the players but the supporters crowded in the corner of the stadium were ecstatic to see their heroes at least get on the scoresheet.

TICKETS for Burton Albion's trip to Old Trafford in the third round of the Carabao Cup are now on general sale.

The Brewers will travel to Old Trafford on Wednesday 20th September kick-off 8pm, with the match being broadcasted LIVE on Sky Sports.

Burton Albion have an initial allocation of 6,009 tickets priced at £36.00 full price, and should this allocation sell out Manchester United have advised that a further allocation will be made available at a different pricing structure.

Season ticket holders and priority members will receive discounted tickets for the trip to Old Trafford, although this discount can only be applied by calling 01283 565938 or in person at the club shop, they CANNOT be purchased online.

There is no limit to how many tickets can be purchased, although season ticket holders and priority members can only purchase one ticket at the discounted price.

The full pricing structure is as follows:

The easiest way to purchase tickets is online by clicking here. Fans that aren’t yet registered online will have to do so before making a purchase. Please note Burton Albion expect the phone lines to be busy with general enquiries.

Manchester United operate a no-standing policy whereby nobody may stand in any seating area whilst play is in progress. Persistent standing in seated areas whilst play is in progress is strictly forbidden and may result in ejection from the Ground. The obstruction of gangways, access ways, exits and entrances, stairways and like places is strictly forbidden.

Burton Albion are advising supporters with children to purchase tickets in the lower blocks at Old Trafford – To do so please call 01283 565938. 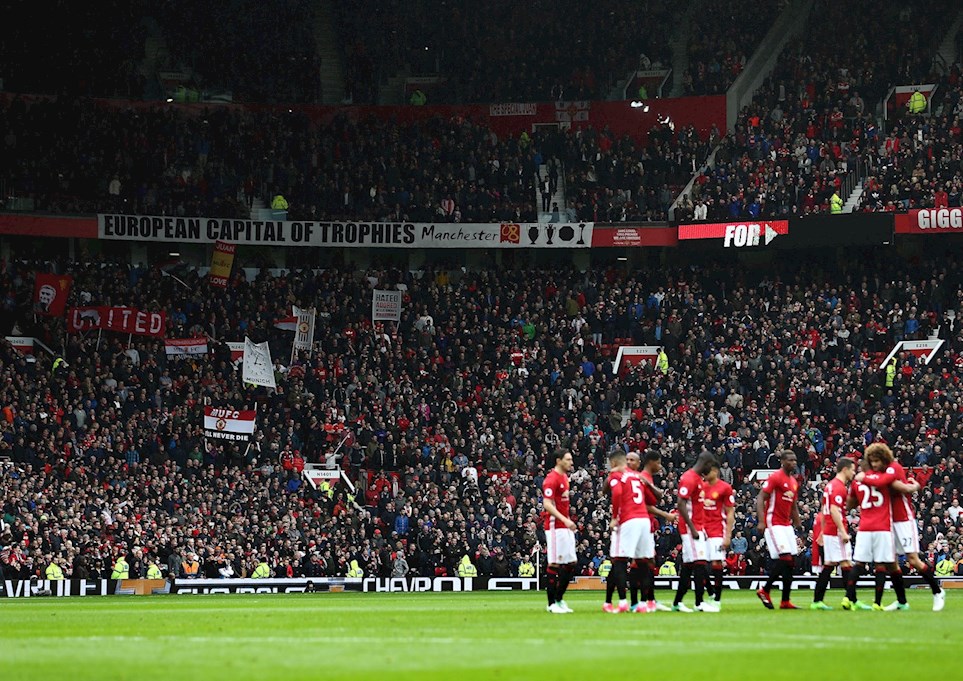 
TICKETS for Burton Albion's trip to Old Trafford in the third round of the Carabao Cup are now on sale to season ticket holders and priority members.


FULL details of Burton Albion’s third round Carabao Cup tie against Manchester United have been confirmed.