Jamie Allen gave the Brewers an early lead on five minutes when he prodded home from close range but in a tight and enthralling game all of the excitement came in the last ten minutes as Liam Boyce doubled Albion's lead with nine minutes to go only for Albion old boy Cauley Woodrow to quickly halve the deficit from the penalty spot. Marcus Harness eased any Albion nerves with a third goal a minute from time to ensure another win on home soil for Nigel Clough's side.

There was just one change for Albion as they looked to build on successive home wins againsty Blackpool and Accrington. Boyce, on his return from international duty, came straight back in playing in a supporting role behind a front two of Harness and Lucas Akins with Kieran Wallace the unlucky starter from last time to miss out.

Albion showed no signs of rustiness after their two week break without action and ALLEN's opener was just rewards for a high energy start from the Brewers. Harness opened things up with a jinking run across the edge of the box laying the ball into the path of Scott Fraser. The midfielder lashed in a shot that proved to be too hot to handle with Allen on the spot to poke home a simple finish for his eighth goal of the campaign.

The Brewers quickly had shouts for a penalty forstly when a shot appeared to be blocked by a hand inside the box and secondly when Boyce went down under a challenge on the edge of the six yard box but referee Michael Salisbury was not convinced and booked the Albion striker.

Allen was in the mood for more though and a dipping volley on eight minutes rippled the roof of the net as it sailed over Davies and narrowly cleared the crossbar.

Barnsley started to get their flowing game together and Jacob Brown called Brad Collins into action on the quarter of an hour mark after Cauley Woodrow had set Dmitri Cavare free down the right to send in a pinpoint cross.

And it was Cavare again finding time out on that Barnsley right on 18 minutes to drill in a low cross that Collins had to pouch at the first time of asking with both Woodrow and Mamadou Thiam waiting to profit from any handling error from the Albion keeper.

John Brayford was on high alert on 26 minutes when another Cavare cross came in seeking out Woodrow in the middle but the Albion defender got there first, just in time to divert the ball onto the roof of the net at the expense of a corner.

In a fast flowing half Albion thought they were through on goal when Harness found acres of space to run into and when that move broke down it was Jacob Brown raiding forward for the visitors with Fraser having to do everything to get back level with him and see the ball back to his keeper.

Albion had a glorious chance to double their lead on 48 minutes when Boyce found himself with a clean run through on Davies in the Barnsley goal but the keeper stood tall and when Boyce tried to dink the ball over him from the edge of the box it was a routine save that left the Brewers striker with his head in his hands.

Barnsley picked up their game a bit after that let off but when Alex Mowatt tried to get his side back on terms with a rasping shot from distance it was always rising and never really threatening Collins' goal.

But Albion always looked threatening going forwards and Harness could only watch on when he got on the end of a cross from Akins and then saw his angled shot trickle just wide of the upright.

Their failure to capitalise on good chances gave Barnsley belief they could grab an equaliser and after Jake Buxton had blocked a Cam McGeehan effort, Collins stood tall to deny full back Cavare before McFadzean did well to divert a shot from the edge of the box just wide of his own post. McGeehan then rose highest in the box to head inches over the bar from another Barnsley burst of pressure.

BOYCE was fortunate enough to get a second chance one on one with Davies on 81 minutes and this time he joyfully lashed the ball low beyond the keeper.

But Albion only had a short spell with a two goal lead as referee Michael Salisbury pointed to the spot at the other end with Buxton penalised for a high foot to give WOODROW the chance to half the deficit, a chance he gleefully took.

Albion werent done yet though and when Akins hooked the ball on to Boyce, the striker unselfishly squared the ball to allow HARNESS to control and finish with aplomb and secure the points at the end of an excellent advertisement for League One football. One thing is for sure. Albion are going to have their say in the race for promotion to the Championship, one way or another.

BREWERS fans are being urged to buy tickets in advance for the home game against Barnsley on April 6 (kick off 3pm).

Barnsley are expected to sell-out the away sections of the ground which will mean the game has to be all-ticket and there will then be no option to pay cash at the turnstiles.

A decision will be taken on Thursday as to whether the game is all ticket in line with usual matchday procedure.

But with the prospect of an all-ticket game, supporters are encouraged to buy tickets in advance for both seats and terraces. You will also save £2 on matchday prices. 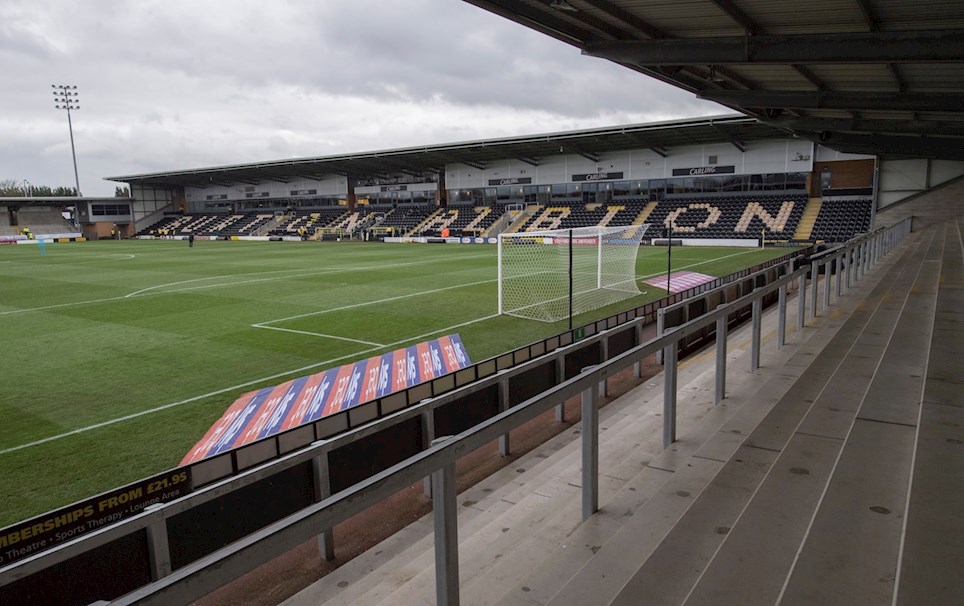 
TICKETS for our home Sky Bet League One game against Barnsley on Saturday, April 6 (3pm kick-off) are now on sale.