THE Brewers battled to a hard earned point from a goalless draw with promotion chasers Barnsley in the re-arranged fixture at Oakwell.

Defences reigned supreme on a mild evening in South Yorkshire with Barnsley looking to extend their unbeaten run of twelve games stretching back to December 8th and Albion looking to make it just one defeat in their last eleven league games and it proved to be a tight encounter and whilst Barnsley enjoyed large spells of possession they only really tested Brad Collins once with anything of note when former Albion striker Cauley Woodrow almost became the latest ex-player to score against the team with a thumping volley that Collins did superbly to save.

Albion threatened with Jamie Allen drilling wide and Marcus Harness forcing Adam Davies in the Barnsley goal into a smart save but a point apiece was the best that either side deserved in truth.

For the trip to the high flying Tykes boss Nigel Clough opted to make two changes to the side that drew at Shrewsbury. Both David Templeton and Liam Boyce dropped out of the starting eleven with Saturday's goalscorer having picked up a couple of knocks in the game which meant that the game against Barnsley came a little too quickly for him to recover and Boyce was rested after ploughing the lone striker role tirelessly in recent weeks. It meant a switch to attack for Lucas Akins, offering more of a physical presence with John Brayford returning at right back and Will Miller slotting in on the left in place of Templeton.

Whilst the home side started brightly with a spell of possession it was Albion who posed the first real threat with a couple of early corners threatening to unsettle the Barnsley defence particularly when a hasty clearance came out nicely for Jamie Allen to run on to, firing a shot just wide from the edge of the box.

But Barnsley showed what they are all about through a lightnig raid down the right with Ryan Hedges, the winger firing low into the middle where Jake Buxton got there a split second before Jacob Brown to deny the striker a clean shot on goal.

And it was the skipper in the right place at the right time again on the quarter of an hour mark as Barnsley made inroads down the right again and Mike Bahre latching onto a low cross to drill goalwards only to see the Burton skipper there to clear away his effort.

The home side were starting to get into their flow and on 18 minutes Brad Collins was tested by a ferocious shot from ex-Albion loanee Cauley Woodrow, the young keeper swatting the ball away from danger.

Albion were looking threatening though when they got into the final third and some excellent passing enabled Miller to thread a ball into Fraser inside the box but he declined the chance to shoot, albeit from a tight angle instead opting to try and find Akins, the ball just running behind Albion's striker and allowing Dani Pinillos to clear the danger.

After Akins had headed straight at Davies when Dimitri Cavare completely missed his clearance there was a first booking of the night for Albion when Colin Daniel was carded by referee Martin Coy after a late challenge on Brown in the middle of the pitch.

The home side continued to enjoy the lions share of the play as half time approached and they came close to breaking the deadlock on 43 minutes when a an angled cross found Brown at the back post but under pressure from Daniel he could only steer his header wide of the post.

A half that had promised so much early on had fizzled out somewhat and Albion would have been the happier going in at the break all square.

Boyce's rest lasted until half time when he came on and Albion switched things around. Boyce went up top and Akins switched to left back as Daniel pushed further forwards on the left hand side. And the Brewers leading scorer was soon in the thick of the action bursting clear down the right and crossing towards the far post where the ball was just too far ahead of the supporting Daniel.

And within seven minutes of the restart Albion had made their second change with Kieran Wallace providing the fresh legs in place of Daniel. Wallace immediately dropped in alongside Stephen Quinn in front of the back four allowing Fraser to drift out to the left in a supporting role.

Albion broke free of their defensive shackles on 58 minutes when a deep angled ball allowed Harness to run on and check back before forcing Barnsley keeper Adam Davies into an important save inside his own six yard box. Wallace and Boyce then led a swift raid with Wallace just pushing Boyce too wide with his final ball.

Woodrow had a quick sight of goal when he found space on the right before blasting over and after a scramble on the edge of the box saw the ball come out to Hedges his quickly taken shot flew wide.

Barnsley sent on speedy forwards Mamadou Thiam and Victor Adeboyejo but it was Scott Fraser who had the next attempt on goal with a deflected effort winning Albion a corner after a flowing move through the middle.

With the game moving into the final quarter of an hour Barnsley poured forwards and a teasing cross from left back Pinillos found Brown at the back post, his header beating Collins but not Buxton back defending well and able to clear his lines.

Albion's final change came on 80 minutes and it saw Reece Hutchinson replace Harness with Fraser switching to the right hand side to accommodate the new man.

To their credit both sides continued to look for a winner but in a game where defences had been most definitely on top it was perhaps no surprise that nobody was able to produce a defining moment of quality to take all three points.

TICKETS are now on sale for Burton Albion’s rearranged League One fixture at Barnsley on Tuesday, February 19 (7.45pm kick off).

The game was originally due to be played on Saturday, September 22, but was called off after a medical emergency at Oakwell just before the game was due to kick off.

Any supporters holding match and coach tickets who can’t make the new date can return the tickets for a refund during normal club shop opening hours up to Friday, February 1

Coach travel for this fixture is available as follows: 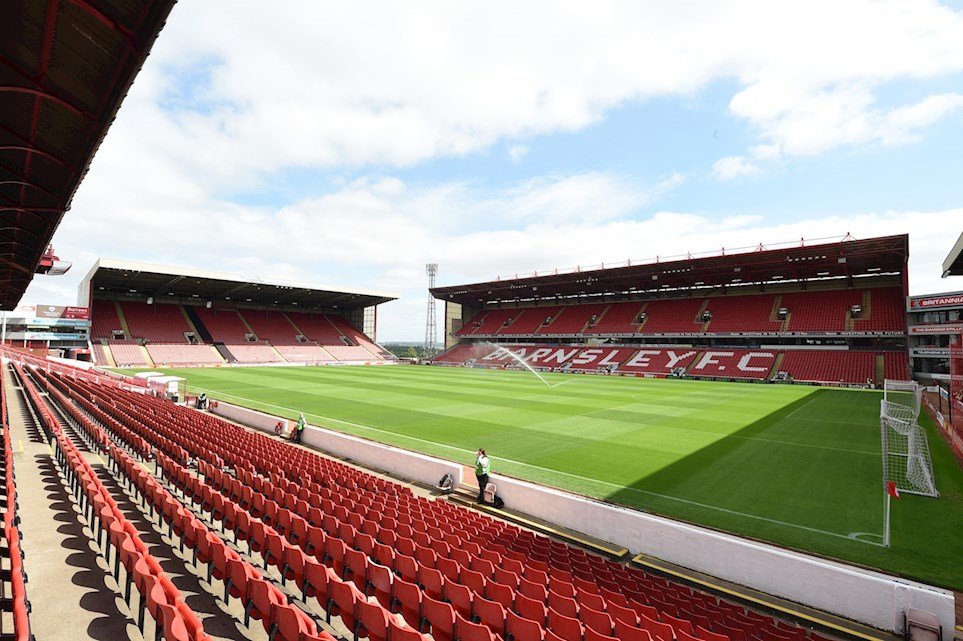 PAY ON THE DAY AVAILABLE FOR BARNSLEY GAME


BREWERS supporters will be able to purchase tickets for tomorrow’s game against Barnsley on the day of the match.