Rovers had won three on the spin over the festive period after dispensing with the services of Darrell Clarke and proved a tough nut to crack on their own patch as they looked to pull clear of the relegation places but a gritty defensive display from a patched-up Burton side ensured that they did not return from the West Country empty handed, unlike their three previous visits when they had lost on each occasion.

Albion's best chances came in the first half when Lucas Akins forced Jack Bonham into an awkward save and David Templeton also tested out the keeper on loan from Brentford in a promising opening forty-five minutes.

Rovers came back more in the second period but Brad Collins was pretty well protected and the only time he was beaten, Ben Turner was on hand to clear substitute Liam Sercombe's shot away inside the six yard box.

With the heavy schedule of games and injuries biting deep into the Brewers squad, the first selection of 2019 showed three changes to the starting line-up. Turner declared himself fit to start after missing the Plymouth game with a tight hamstring and returned at the heart of the defence, a move which allowed John Brayford to switch across to right back. That enabled Ben Fox to move into midfield to replace Jamie Allen whilst Scott Fraser was rested to the bench meaning a first league start for Kieran Wallace who came on and performed solidly on Saturday. Will Miller, after bagging his first goal of the season last time out, was probably the unlucky one in the squad as his place in the side went to Templeton.

On the back of those confidence boosting three straight league wins it was the home side who seemed to settle first with young striker Alex Jakubiak leading the line well and keeping the Burton centre backs on their toes. A couple of early corners also gave Brad Collins something to think about in the opening exchanges but it was his opposite number, Jack Bonham, who had the first nervy moment when Templeton tried his luck with a curling shot from from distance that bounced awkwardly for the young stopper forcing Tony Craig to hastily clerar his lines at the expense of a corner with eleven minutes on the clock.

Rovers were swift on the counter attack too and when former Tamworth wideman Alex Rodman was allowed to burst forwards and send a teasing ball into the middle on the quarter of an hour mark it took an excellent intervention from John Brayford to prevent Gavin Reilly from nipping in to finish the move off.

A sublime turn by Marcus Harness on the right hand side gave Albion the chancde to drive forward again but nobody in yellow was able to capitalise on his cross and it was left to Templeton, drifting inside once again to last a low shot just wide on 25 minutes.

Rovers continued to show plenty of promise going forwards but like Albion they were finding the final ball lacking in real quality and it was left to Ed Uposn to try his luck from distance with Collins able to watch the ball sneak past the post.

Albion were almost able to capitalise on their own quick break out when Wallace freed Akins and having got goalside of his man his left foot shot was awkwardly shovelled around the post by Bonham.

In the end it was a rather tame first half to the new year but away from home Albion would be more than content to go in goalless at the break despite having probably created the better of the few openings.

The first yellow card of the afternoon was quickly brandished a couple of minutes after half timne in the direction of home midfielder Stuart Sinclair. The experienced former Luton man went up strongly with Fox but seemed to catch him with a stray arm leading to referee Scott Oldham reaching for his pocket.

It allowed Albion to build some pressure with a succession of corners and Wallace was close to a first Burton goal with an effort that was blocked on the edge of the six yard box.

Rovers seemed to get the benefit of the doubt from referee Oldham on 53 minutes when he gave a free kick for something that seemingly only he had seen and the Brewers defence were mightily relieved when Sercombe, only on the pitch a matter of moments, curled the ball beyond everyone in the box and wide of the post as well.

With Albion looking for an offside flag as the game moved past the hour mark Joe Martin burst towards the box and pulled the ball back for Sercombe. The midfielder blasted towards goal but was denied as Turner got a vital block to keep it all square from what was arguably Rovers best chance so far.

As the game began to get increasaingly scrappy in the midfield areas and Rovers began to exert a little more pressure the fresher legs of Fraser were called upon to replaace Fox and hopefully add some more forward momentum in the closing stages.

Fraser was quickly followed onto the pitch by Miller as he replaced the tiring Templeton, still feeling his way back into things after a spell on the sidelines.

Albion attacks were getting more infrequent but Turner almost made the most of a corner when Bonham's momentum carried him over the line from a dflected shot. The big defender launched himself at Harness' right wing delivery and was unlucky to see it deflect off a defender and wide of the far post.

The Gas made a final attacking change with just over five minutes of normal time to go with striker Tom Nichols sent on to replace Michael Kelly and he was quickly making his presence felt earning his side a corner from keeper Bonham's long punt into the Burton box.

Three minutes were all that referee Oldham added on as Rovers looked for a late winner but it was all in vain despite a late corner that had to be hastily hacked clear from inside the six yard box. It might not have been the third away victory of that had been the aim at the start but a point to begin the new year was more than acceptable in the circumstances.

BREWERS supporters making the late decision to join us on the New Year’s Day trip to Bristol Rovers will be able to pay on the day at the Memorial Stadium.

Tickets remain on sale at the Pirelli Stadium until 3PM today, while supporters who are still deciding whether to attend the fixture will be able to purchase the tickets directly from the home of Bristol Rovers.

Please note that the away terrace is uncovered.

Tickets can be purchased before 3PM today by calling 01283 565938, by visiting the Club Shop at the Pirelli Stadium or through our online ticket store. 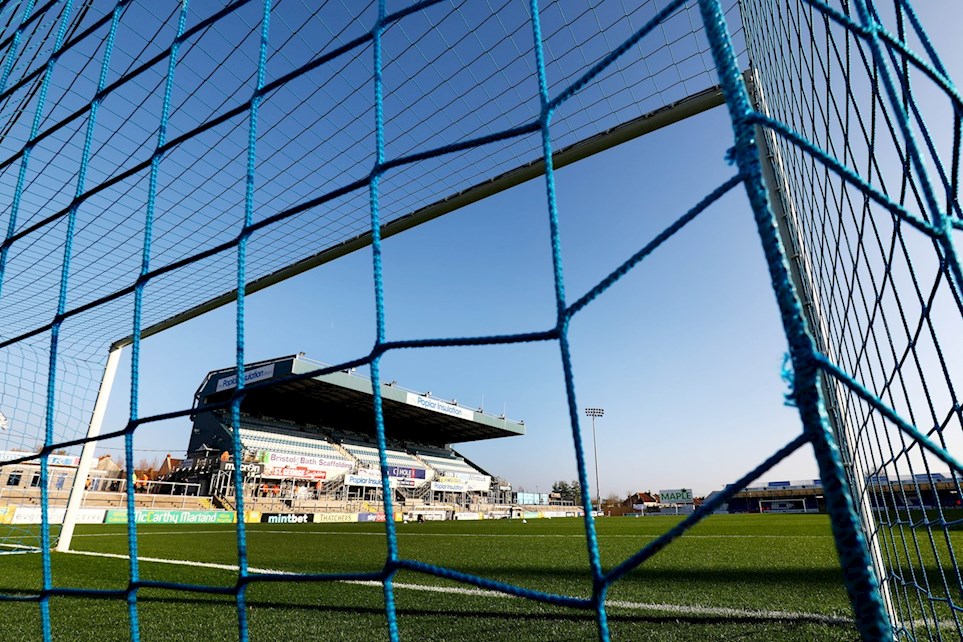 
TICKETS are now on sale for The Brewers away trip to Bristol Rovers on New Year's Day (Saturday, January 1 - 3pm kick-off).