Despite dominating large spells of the game Albion missed early chances and then paid the price for some loose defending as Elliott List scored on the breakaway before ex-Albion midfielder Callum Reilly drilled home a penalty in first half stoppage time after Stephen Quinn had been adjudged to have blocked Lule O'Neill's free kick with an arm.

Fraser's double in the early part of the second half left plenty of time for Albion to grab a winner but they failed to make the most of their chances and fell victim to a late winner at the other end as the Gills returned to Kent with the points.

For the return to League One action there were three changes to the side that played at the Etihad on Wednesday evening. With Jake Buxton and Marcus Harness missing through illness there were returns for Ben Fox and Will Miller, Fox slotting in at right back as John Brayford filled the void at the back left by Buxton's absence. Quinn was fit again to resume in the centre of midfield as Kieran Wallace dropped to the bench.

Albion certainly showed no signs of lethargy after ther exertions against the Premier League champions and Liam Boyce could have had his side ahead in the opening minutes. Quinn sent in a delgithful free kick towards the back post and the striker, despite the close attentions of his marker managed to somehow steer a header goalwards, keeper Tomas Holy watching on as it bounced out off the angle of post and crossbar.

Scott Fraser also found space to send in a shot from distance that was blocked behind for a corner and Lucas Akins slid a close range effort wide after excellent work from Reece Hutchinson on the left hand side.

With Gillingham struggling to get out of their half Albion were searching for the breakthrough but crosses from either flank were just missing that little bit of quality to cut open the Gills defence and it was left to Allen to try his luck with a dipping shot from 25 yards that rippled the top of the net as it went over.

Fox was certainly finding the time and space to get forward well and his low curling effort was cleared off the line by full back Luke O'Neill. The opening owed much to the link-up play with Akins and the Brewers skipper was next to burst his way through and let fly with a shot that was well held by Holy. Gillingham were doing nothing to deter Albion and Allen was inches wide with a low shot from the edge of the box just moments later.

Albion the fell victim to the sucker punch of all sucker punches. Having dominated the first quarter of the game an Akins shot was blocked and rebounded kindly for the Gills to launch a swift counter. LIST burst from half way and after outpacing Brayford inside the box had the composure to fire the ball beyond Collins.

It summed up Albion's frustrations so far when a free kick just outside the box for a foul on Miller presented a good chance to at least test Holy but Boyce, having the ball teed up for him got his strike all wrong and scuffed a disappointing effort wide. Even more frustration came on 41 minutes when Fraser took responsibility for the next set piece and had his head in his hands as his curling shot clipped the post.

A half of what could have beens turned into a nightmare on the stroke of half time. Ben Turner was yellow carded for bringing down Regan Charles-Cook just outside the area after a poor pass out of defence played the big defender into trouble and from the resulting O'Neill free-kick referee Peter Wright pointed to the spot after seeing a handball as the shot struck the wall. Former Brewers midfielder REILLY stepped up and confidently smashed home the penalty.

Albion came out all guns blazing at the start of the second half and after Boyce had looped a header wide Holy made a superb save with his foot to deny Akins who latched onto a cross from Miller. But on 53 minutes Albion's persistence paid off when FRASER picked up the ball inside the box and jinked past a couple of challenges before finding the back of the net off the inside of the post.

And FRASER was the man on target again on the hour mark as Albion countered quickly with Miller racing away from the Scot's pass and then latching onto the wingers pass to thrash the ball beyond Holy at his near post.

It was anyone's game now and Albion turned to David Templeton for the final quarter of the game after Miller had worked his socks off down the left.

Burton fans also got their first look at new loan signing Josh Clarke as Fox made way and Akins dropped in at right back to allow the newcomer to play a more attacking role on the right.

Albion had shouts for a penalty when Allen seemed to be bundled over trying to get to a loose ball when Holy spilled Templeton's speculative effort and as the Gills quickly countered it was List again trying to break clear but Brayford's tracking run did just enough to make him shoot early forcing Collins to push his effort wide of the post.

Fraser was denied a hat trick by a good block at the near post and from the resulting corner Turner stole in at the back post to get his header on target only for Holy to grab it safely on the line.

All of Albion's great work to get back into it was almost undone when Josh Parker flicked a long throw across the face of goal with Collins pushing it wide but the Gills had the last laugh just inside stoppage time when Brendan Hanlan burst down the right to feed List and when the midfielder couldnt get his shot away it fell kindly for REES to fire home.

HOME fans will be able to pay cash-on-the turnstiles for terrace admission to tomorrow's home game against Gillingham (kick off 3pm).

Away fans wishing to pay on the day will have to buy from the ticket windows – seats only. 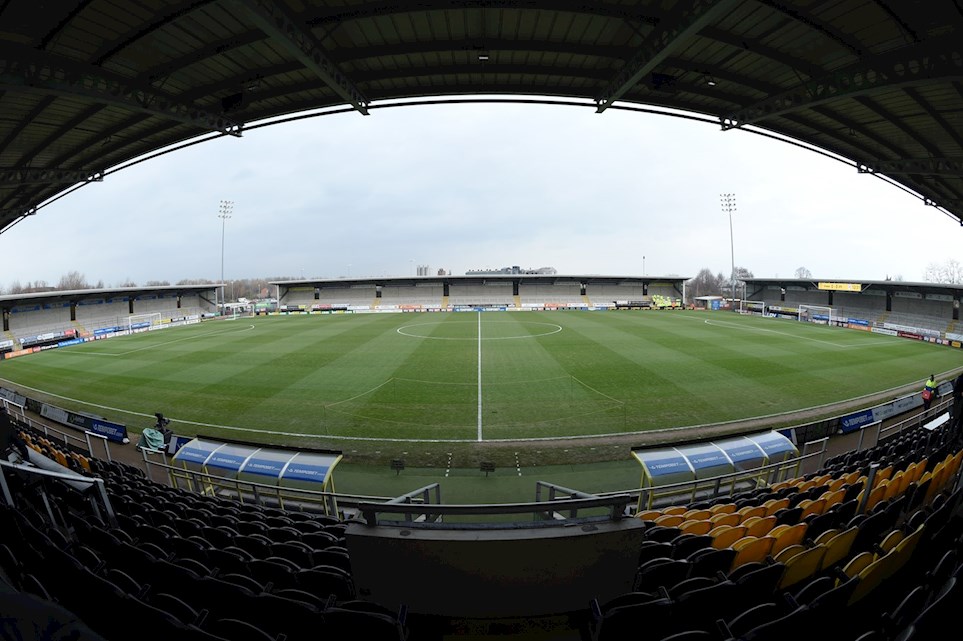 
TICKETS for our home Sky Bet League One game against Gillingham on Saturday, January 12, 2019 (3pm kick-off) are now on sale.