Sipper for the evening, Aguero pounced at the end of a stylish City move that saw Kevin De Bruyne free record signing Riyad Mahrez with an outstanding pass before the winger paused to set up Aguero for a calm and assured finish into the far corner of the net.

On a night when freezing temperatures made the Pirelli Stadium pitch tricky at times for City to thread their passes together Albion stood tall and rebuffed everything else that Cikty could throw at them and Burton could have had an equaliser through Will Miller who saw a shot cleared off the line by Eric Garcia.

With one eye firmly on the important League One clash with Bradford City on Saturday Nigel Clough opted to ring the changes. In came Kyle McFadzean, Ben Turner and Damien McCrory at the back. Kieran Wallace came into midfield and along with Will Miller and David Templeton returned on the wing. John Brayford, Jake Buxton, Reece Hutchinson, Jamie Allen, Scott Fraser and Josh Clarke all dropping out of the side.

City started with a much changed side and although Albion would have been relieved to see Gabriel Jesus on the bench after his four goals at the Etihad the name of Aguero leading the line was probably little consolation.

Aguero was quickly involved as City looked for an early goal but after peeling off beyond the back post on eight minutes the Argentine striker could only steer a low and rather tame effort easily into the clutches of Brad Collins.

On the other side of the pitch Mahrez showed good footwork to skip inside McCrory on eleven minutes before curling a shot wide of the far post in search of the corner of the net out of the reach of Collins.

In fact it was Albion who wenty closest to opening the scoring on 14 minutes. Liam Boyce was felled by Fabian Delph who went to ground all to easily in the challenge and Stephen Quinn's low delivery to the edge of the six yard box was flicked goalwards by Boyce and looked to be heading in until Aro Muric dropped onto the ball.

Mahrez was looking like City's biggest threat in the early stages and after another penetrating run infield the former Leicester man was not far off target again with a curling shot, this time aimed for the top corner.

As the pitch started to harden up in the sub-zero temperatures a slightly errant pass had Oleksandr Zinchenko in trouble with Marcus Harness harrying and dispossessing the young left back before getting into the box and cross low but only against a purple shirted defender who tidied up the danger.

Just as Albion were finding their way into the game City showed their real quality to opening the scoring on 26 minutes. De Bruyne's superb angled ball from just inside his own half picked out Mahrez and the winger waited until the perfect moment to give AGUERO the chance to slot home unerringly.

It was not long before Albion had a decent chance of their own although it came from distance when Miller drifted out wide to pick up possession and from the edge of the box curled the ball not too far away from the post.

Muric was not looking overly convincing in the tricky conditions and he almost let a back pass from Eric Garcia run too far and in the end he was forced into a hurried clearance as Harness put him under pressure looking to capitalise on any slip by the big keeper.

The big Kosovan looked better when he had to dash from his goal to prevent Boyce running clean through onto a lovely ball from Templeton. The two seemed to collide quite heavily but both got up and continued.

Albion did have to make a change on 40 minutes when Turner went down and ended up limping off forcing a defensive reshuffle as McCrory moved to centre back as Hutchinson took on the task of trying to shackle Mahrez.

The start of the second half saw a second change for with Ben Fox brought on and Quinn not reappearing for the second period. And the young midfielder was quickly involved helping to create a half chance for Templeton that the Scot lifted over the bar.

Whilst Albion looked to getting calmer and more assured on the ball there was no doubting that City had the quality to strike quickly and they almost hit Albion with a second as Danilo worked his way into the area and fed the ball towards Delph who had two attempts before putting it wide.

Albion then had big shouts for a penalty when Templeton attempted to get past Danilo just inside the box but referee Kevin Friend waved away all appeals for a Burton spot kick.

Just after the hour mark Aguero spurned an excellent chance to grab his and City's second goal of the night. Phil Foden foraged well down the left passing to the striker ten yards out but he slide his effort wide. It was the last action of the night for City's record goalscorer as Jesus entered the action along with Benjamin Mendy who took the place of De Bruyne.

They were quickly followed on 67 minutes by City's third and final change of the evening which saw the introduction of youngster Felix Nmecha in place of Zinchenko.

The visitors continued with their crisp passing looking to work an opening for a second goal and it wasnt far away on 69 minutes as the ball made its way out to Danilo on thre right hand side but he drove a low cross beyond the far post.

Barely a minute later and Albion had their clearest opening yet, Boyce pouncing on a loose ball to test Muric, the loose ball falling to Miller who got his shot in only for Garcia to block on the line. So close for the Brewers.

There was an opportunity in the final quarter of an hour for Albion's latest signing to get a run out and he came on up front as Boyce took a well earned rest, more than likely with Saturday in mind.

The Brewers refused to give up on trying to get an equaliser and Wallace thundered a low shot wide after good work from Akins before Jesus threatened to get in on the act showing very qucik feet to twist and turn inside the box before seeing a deflected shot end up the wrong side of the post.

City had one last chance to add to their tally when McCrory mistimed a challenge on Jesus and Danilo forced Collins to parry a dipping effort over the bar but it would have been harsh on Albion to have conceded another and the Brewers came out of the second leg with their pride very much in tact as the visitors marched on to the Wembley final next month.

THE limited number of tickets for the home leg of Burton Albion's Carabao Cup semi-final against Manchester City put on sale yesterday are now all sold.

No tickets are currently available for the game on Wednesday, January 23. If any are returned from sponsors allocations they will be made available at a future date.

Call 01283 565938 for any further enquiries but not to purchase tickets for either Carabao Cup semi-final leg. 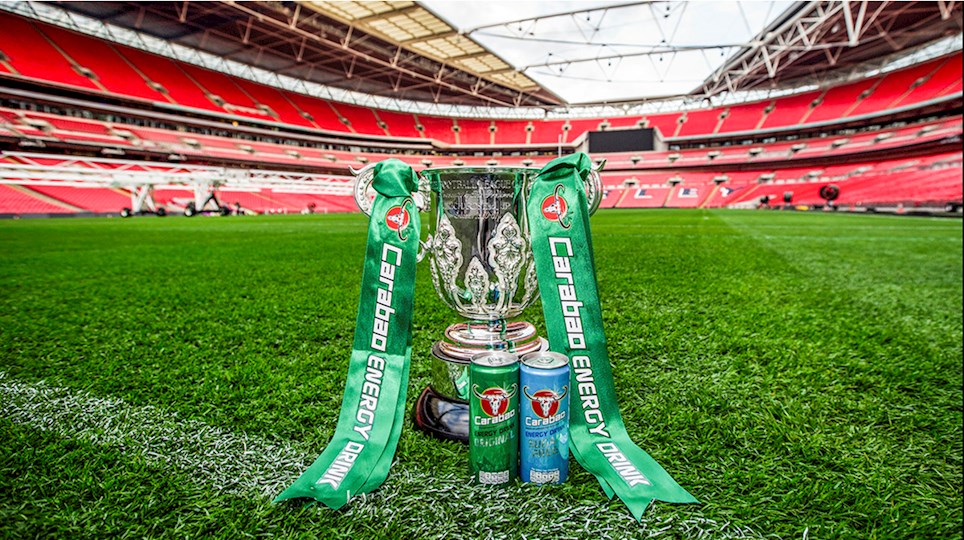 
TICKETS details for the home leg of Burton Albion’s Carabao Cup semi-final against Manchester City are now on general sale.