FIRST half goals from Jamie Allen and Devante Cole laid the foundations for a thoroughly deserved 3-1 victory over Staffordshire rivals Walsall at the Banks's Stadium.

Despite Liam Boyce missing a penalty in the opening period for the second game running Albion showed power and poise to completely dominate a first half where the home side failed to register a singel attempt on goal. Allen had the Brewers in front with his fourth goal of the season on thirteen minutes from a deflected effort after a well worked set-piece and Cole swiftly latched onto Jake Hesketh's pass to double Albion's lead on 25 minutes with the visitors all over their shell shocked hosts.

The Brewers had other chances in the opening half to be out of sight but just two minutes after the restart Scott Fraser was on target once again with a calm finish to put clear daylight between the sides and although Andy Cook bundled home with thirteen minutes to play and the Saddlers sensed an outside chance of getting something out of the game Albion saw it through and could have won by a bigger margin in the end.

After the exertions and excitement of Tuesday night's Carabao Cup victory over Nottingham Forest, Nigel Clough opted not to make wholesale changes to freshen up his side although there were still three faces in the starting line-up that didnt feature in midweek. Chelsea loanee Brad Collins returned in goal in place of Dimitar Evtimov whislt Nigel Clough was pleased to see Damien McCrory fit again afetr pulling out in the warm up at Plymouth a fortnight ago. He slotted straight back in at left back as skipper Lucas Akins switched back to the right and Ben Fox dropped to the bench. Up front Devante Cole returned after being cup-tied against Forest and he was the spearhead of the attack as Liam Boyce switched to the left hand side as David Templeton dropped to the bench after his first game back following a shoulder injury.

Albion showed no signs of lethargy in the opening stages as they went straight onto the front foot and Scott Fraser will have been disappointed not to add to his goal tally for the week when Liam Roberts in the walsall goal made a smart save in just the thifd minute to deny him after Boyce, from the left, had picked him out in the centre of the penalty area.

There was more early drama as Fraser then played Boyce in only for the Irishman to be brought down by Isaiah Osbourne's clumsy challenge. Referee Kevin Johnson had no hesitation in pointing to the penalty spot but, as on Tuesday, Boyce failed to convert smashing his effort against the crossbar.

Albion did not let it affect them and on 13 minutes they were ahead eventually. Lucas Akins run down the left was brought to an abrupt end earning a free kick. Stephen Quinn sent it in low for Akins on the edge of the area and he was able to set ALLEN up for a deflected shot that Roberts could do nothing about in his vain attempts to keep it out.

Walsall started to come into the game more in the wake of the Burton goal but Albion soon re-exerted their control on the game and they swept into a two goal lead on 25 minutes. From the left hand side the ball was swept out to Hesketh on the oppostie side. The Southampton loanee burst forwards with purpose before sliding a ball into the box that invited COLE to move onto it and smash the ball across Roberts into the far corner.

As home frustrations grew Albion should have had a third and Allen his second of the afternoon. Superb build up down the left saw Fraser's low cross pushed away by Roberts with Allen lashing the rebound just the wrong side of the upright.

Boyce, starting to find plenty of space in his wide left berth almost made it three on 38 minutes after another rapid switch of play gave him the chance to cut in from the left and sent a right foot effort just over the angle of crossbar and post.

Albion really did not want the referee to blow his whistle for half time such was their domination of proceedings. They had a two goal lead but it could and possibly should have been much better for Clough's men.

Unsurprisingly Walsall made a change for the second half with Kane Wilson the man sacrificed as Nicky Devlin came on to try and get the Saddlers up and running in the game in which Albion had been by far and away the better side.

Less than two minutes into the second period and Albion had the three goal advantage they deserved. Walsall failed to clear Boyce's low cross into the box and snapping away, hunting down the ball was FRASER who raced into the box and slid home a low shot across the keeper and into the far corner.

It almost got even better for the BRewers before the Saddlers had cleared their heads. A clearance came out to Quinn whose first time effort appeared to be going over the bar until it dipped and crashed back into play off the woodwork.

The home side needed a quick response and they almost got one back on 50 minutes. A deep cross was only cleared as far as Luke Leahy and after winning his battle with Hesketh his cross picked out the head of striker Andy Cook who could only watch as his attempt dropped wide of the post.

The pacy Morgan Ferrier was one of the main threats that the home side were looking to and when Leahy's long bal out of defence eluded Akins the striker was in down the leftr but his low cross was dealt with by Brayford at the near post to snuff out the danger.

Walsall wefre looking more threatening and when a lax pass from Kyle McFadzean allowed Kieron Morris to nip in the midfielder was quick to release Cook who saw his initial effort saved by Collins and when the rebound seemed to fall kindly for the Saddlers man he smashed the loose ball onto the post from an acute angle when he seemed destined to score.

Collins took a knock in making the save and Walsall were quick to try and test him out, skipper George Dobson booming a 30 yard volley in that the Chelsea loanee caught with relative comfort beneath his crossbar.

Devlin the half time substitute was certainly making an impact with some surging runs down the right and he managed to combine with Morris to get a cross into the middle for Ferrier but the striker was always stretching to get his head to the ball and he could not keep his effort on target under pressure from Brayford.

Having seen off a full blooded attempt at a comeback from the home side Albion once again started to assert themselves on the game with the final twenty minutes approaching. Fraser lashed a volley wide from 25 yards before Hesketh was unfortunate to see his shot on the turn inside the box blocked at close quarters and the youngster was not far away with a clearer sight of goal as Albion sat deep and hit Walsall on the break moments later as Allen drove forwards into the space left behind as Walsall pushed forwards and finding Hesketh near the edge of the box for a drilled effort that flashed wide of the post.

Walsall played their final two substitute cards with just over a quarter of an hour remaining with a familiar face amongst them as former Brewers loanee Zeli Ismail entered the fray along with fellow wide man Josh Ginnelly. Ismail was quickly into the action chasing down on the right wing and forcing Albion to double up on him to prevent him causing too much of a threat.

However it was the pace of Ferrier that got Walsall back into the game on 77 minutes with a pacy run beyond Akins before crossing in for COOK to bundle home at the near post.

Walsall sensed that another quick goal and all was not lost for them. Although McCrory almost made it four with a dipping volley over the bar it was Walsall piling forwards and when Devlin sent in a steepling ball into the box Collins looked uncomfortable taking the ball under pressure as it came down with Cook fouling him.

Albion sent on Marvin Sordell in place of Hesketh for the final ten minutes of the game and the wide man helped Albion calm things down again with some good possession of the ball and preventing Walsall from building up another head of steam as time started to run out for an increasingly frustrated home side.

Jake Buxton's introduction in the closing minutes saw Albion switch to the 4-2-3-1 that they have used to good effect late on in game recently, Jamie Allen making way for Buxton to sit in alongside Quinn to protect the back four.

George Dobson's sliced effort after anothe probing run from Ismail signalled the start of five added minutes for the Saddlers to try and find a grandstand finish but instead it was Cole who almost bagged his second of the afternoon forcing Roberts into a smart save at his near post.

Ben Fox made a short appearance as a substitute for McCrory in stoppage time as Albion took the sting out of Walsall's last efforts to get a second goal. It was an efficient ending to the game from Albion and they thoroughly deserved the three points after a dominant first half laid the platform for victory.

BURTON Albion fans will be able to use a cash turnstile for tomorrow’s game away at Walsall - but there will be a £2 price increase on the day.

Advance ticket prices are available until 4pm today from the Club Shop, by calling 01283 565938 or via our online ticket store, and advance prices are as follows:

All three prices increase by £2 if Brewers supporters want to buy on the day.

Please note that anyone looking to purchase family tickets - comprising one parent/grandparent and one child - must purchase those from the Ticket Office window at the Banks’s Stadium. 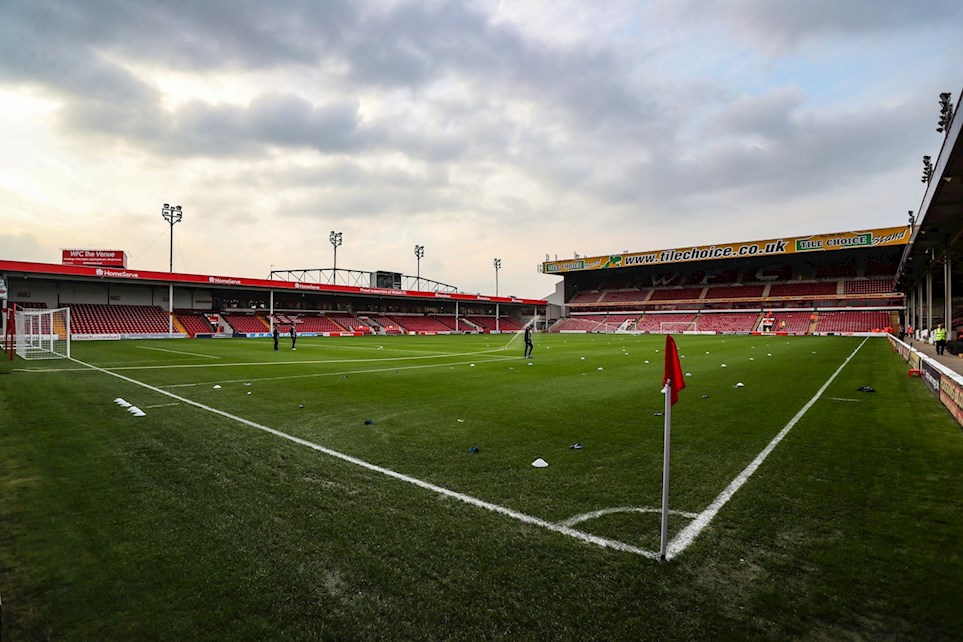 WALSALL (A) TICKETS NOW ON SALE


TICKETS for our League One fixture away to Walsall are now on sale.