BURTON Albion fans will be able to pay in cash at the turnstiles for Saturday’s game at home to Accrington Stanley (kick-off 3pm).

Home fans looking to spectate from the UK Waterproofing Solutions Stand (Popside) or the Don Amott Stand (behind the goal) will be able to pay in cash on the turnstiles up until kick-off.

Fans wishing to sit in the Carling Stand must purchase a ticket from the ticket office beforehand.

The Russell Roof Tiles Stand (away terrace) will be closed for this fixture. However, Accrington Stanley fans will still be able to purchase a seated ticket on the day from the ticket windows.

Please note that prices increase by £2 each on matchday, so anyone wishing to attend can save by purchasing their tickets in advance before 5pm tomorrow. 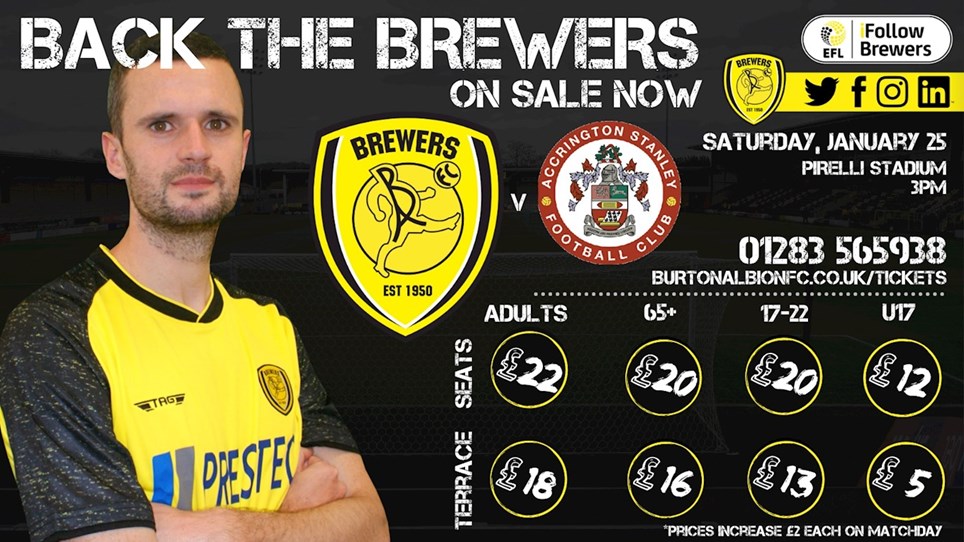 
TICKETS for our home game against Accrington Stanley at the Pirelli Stadium on Saturday, January 25 are now on sale!