Lucas Akins and Joe Powell produced superb first half finishes to have the Brewers seemingly in control at the break but a swift counter-attack, finished by Sam Finley halved the deficit and gave the visitors hope before Albion took the game away from Town again with Tom Hamer and substitute Kane Hemmings putting Burton 4-1 up before Jordan Rossiter and Hemmings again scored in stoppage time to finish off a seven-goal thriller.

With League One safety secured with three games to go boss Jimmy Floyd Hasselbaink made three changes to the side that earned the all important point at Wigan on Saturday. With Michael Bostwick unable to complete Saturday's game Hasselbaink opted for the back four that finished the game, Josh Earl starting the game at left back, Tom Hamer switching to right back to facilitate skipper John Brayford moving into the centre of defence to partner Hayden Carter. There was also a change behind the back four with Kieran O'Hara making his first start since January and loan keeper Dillon Barnes named amongst the substitutes. In attack Danny Rowe came in to replace Mike Fondop.

Fleetwood were quicky onto the front foot and Callum Camps, scorer on the opening day of the season in the reverse fixture had a chance inside the first minute latching onto Janoi Danacien's cross to see a deflected shot fly over the target.

Albion settled after an early flurry of pressure from Fleetwood and a corner routine almost carved open the visitors defence on thirteen minutes, Joe Powell's low ball into the box met by Lucas Akins, the Brewers striker having two bites of the cherry to find the net but seeing his efforts blocked on both occasions.

Another routine from the training ground provided a half chance on twenty minutes, Tom Hamer feigning to take a long throw before throwing short for Sean Clare to launch a deep cross to the back post where Rowe was able to meet it with a shot that was again blocked inside the box.

Five minutes later and Akins managed to shake off the attentions of James Hill out on the Brewers left but after driving into the box his attempt to find Ryan Edwards were blocked.

Albion's high press worked superbly on 35 minutes as they hit the front. Terry Taylor closed down Sam Finley and the ball came nicely for AKINS to set himself and curl a superb effort beyond the despairing dive of Alex Cairns.

Four minutes later and Albion had a second and it was another free kick masterpiece from POWELL. The midfielder won the free kick driving towards the Fleetwood goal before picking himself up and curling his effort against the angle of the right hand post, the ball bouncing across the hit the base of the left hand post and going in. Another goal of the season contender from Powell's repertoire.

It was almost the perfect start to the second half as a rampaging run down the left by Earl saw him drive into the box and on his right foot shoot low only for a defender to get a block on it to divert it wide.

Albion were pushing forward almost at will in search of a third but they were caught on the counter when Kyle Vassell raced away down the left and crossed for FINLEY to take the ball around O'Hara and slot home.

The Burton response was quick and they were inches away from re-establishing their two goal lead, Rowe drilling in a cross that struck Callum Connolly and rebounded onto the defender's own post.

But Fleetwood were pressing hard for an equaliser and Danny Andrew drilled a low shot into the six yard box where Brayford got a vital touch to divert the ball over the bar.

Albion changed things around with twenty minutes to go, both Rowe and Powell making way for Jonny Smith and Hemmings and it was Smith who came up with the assist as Albion made in three on 73 minutes. He picked up the ball on the edge of the box and rolled it into the path of HAMER to drive home from the edge of the box.

Brayford almost added a fourth on 77 minutes with a towering back post header from a corner before Andrew lashed a volley into the side netting as Town looked for a route back into the game as the game entered the final twelve minutes.

Fleetwood were far from out of the game and Vassell forced a good reaction save from O'Hara on 83 minutes firing in a rising angled drive that the Burton keeper stuck out a hand to help over the bar.

But HEMMINGS quickly wrapped things up with a stunning fourth goal. Gathering in Earl's ball down the line he flicked it over James Hill and raced into the area to confidently fire past Cairns.

With the game won there was chance for Academy graduate Ciaran Gilligan to get some welcome minutes in the closing stages.

Fleetwood grabbed one back in stoppage time when Jordan Rossiter converted from a corner but HEMMINGS still had time to drive home a fifth for Albion when Sean Clare won possession high up the pitch and played him in for another composed finish. 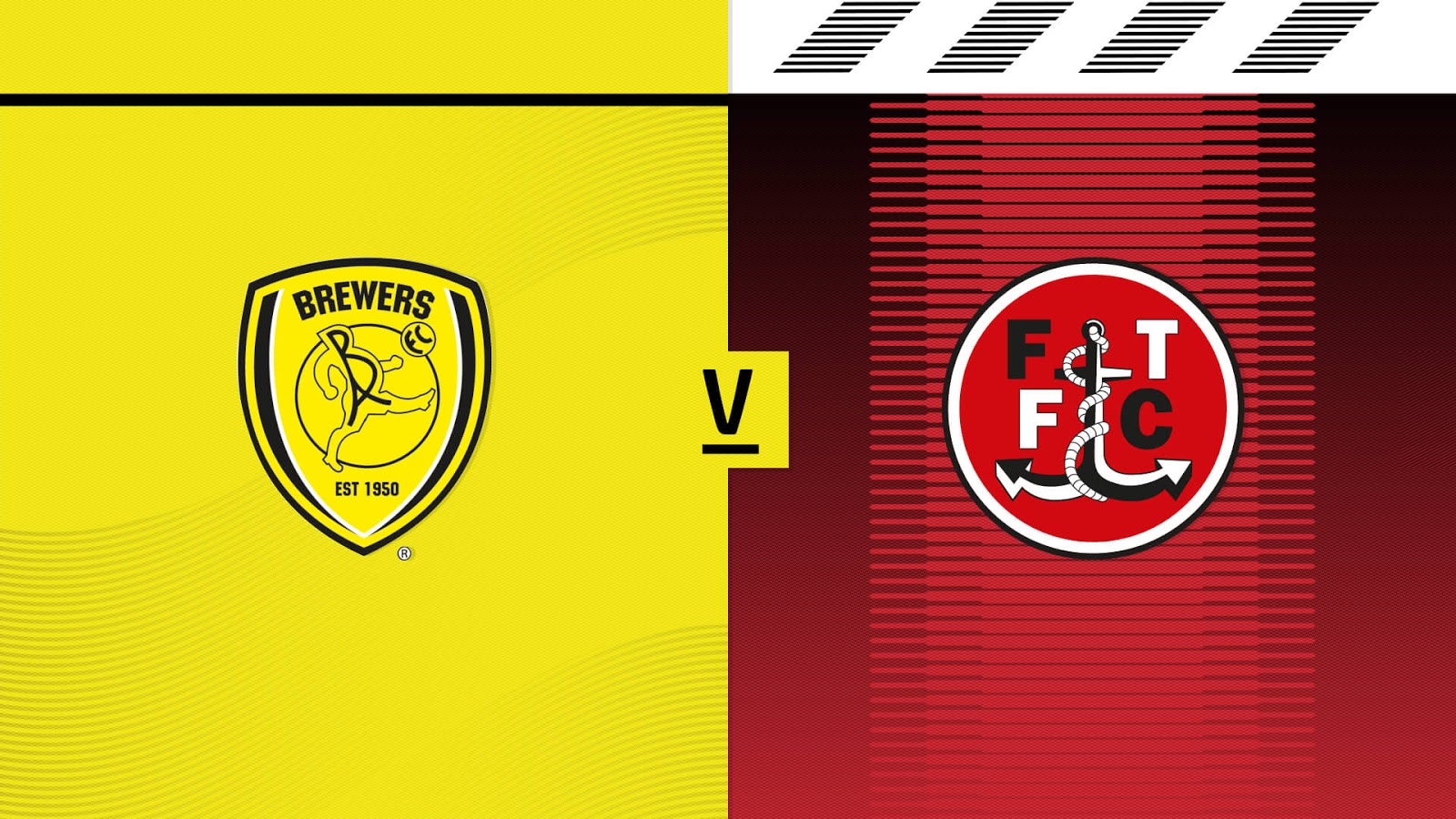 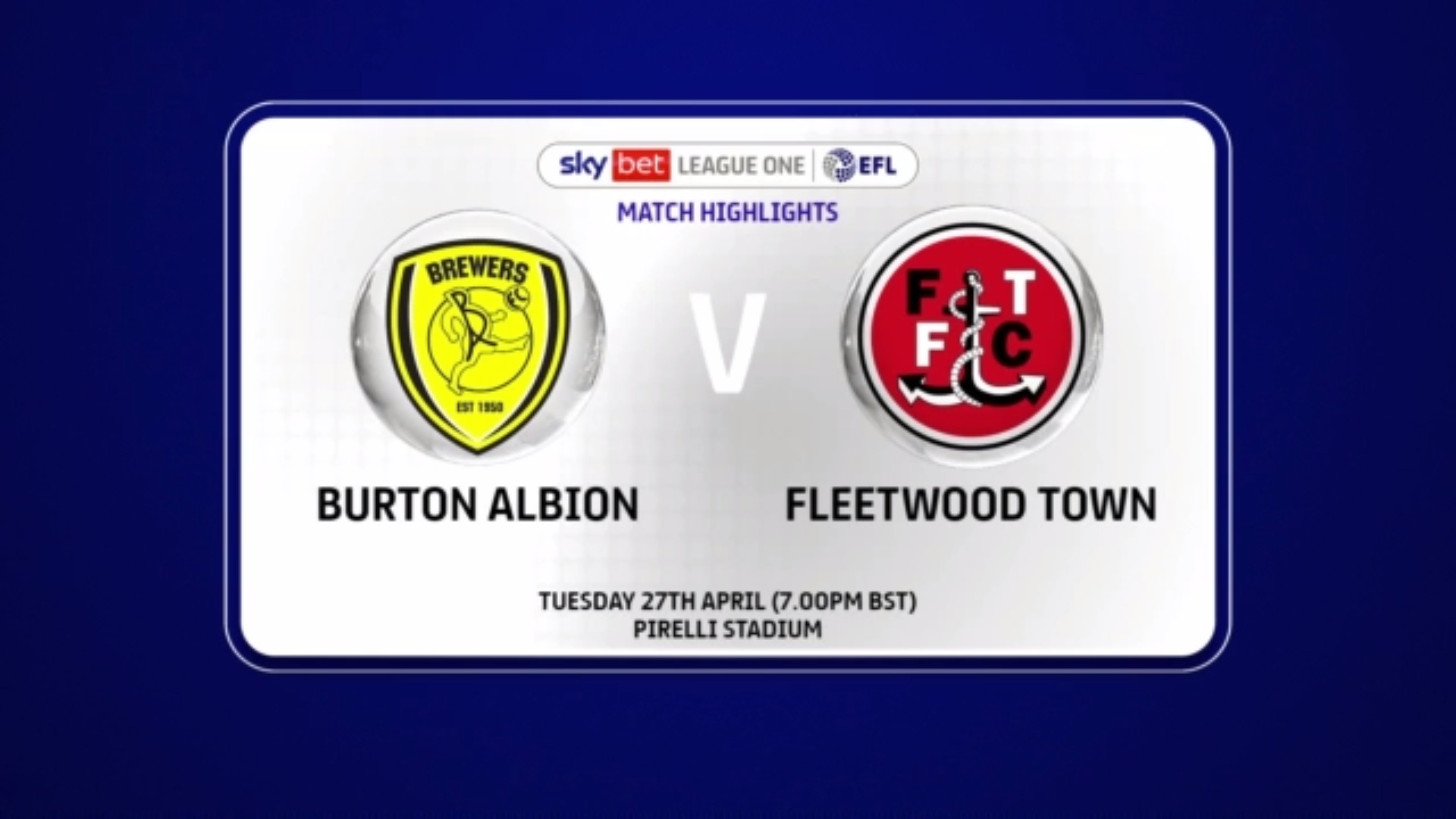 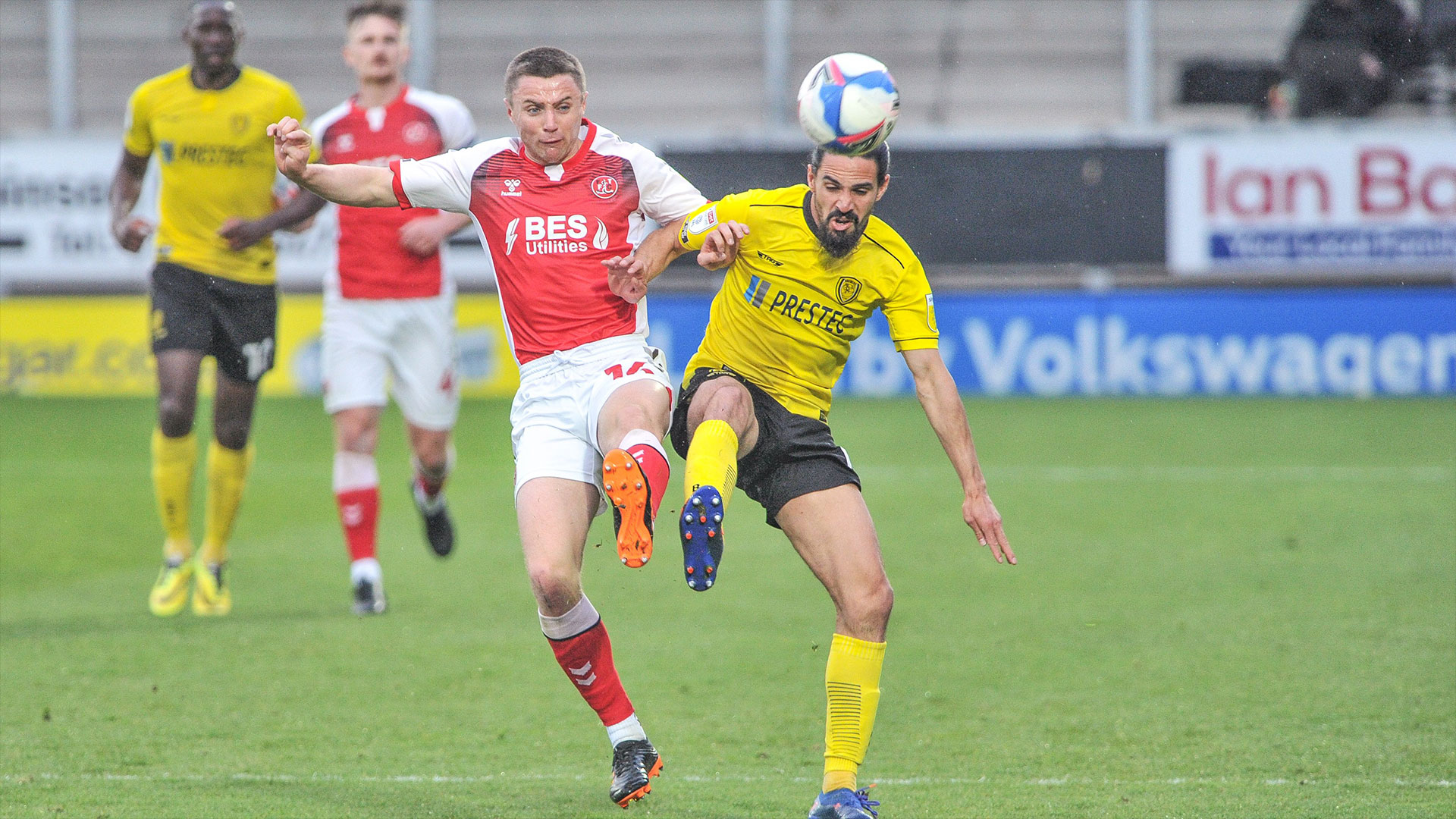