Despite a promising first half performance where Akins' penalty cancelled out Fejiri Okenabirhie's eighth minute opener for Darren Moore's side it was Doncaster who grabbed the initiative again in first half stoppage time, Ben Whiteman converting from the spot after a foul on Okenabirhie by Michael Bostwick.

Rovers took a firm grip of the game in the second half and Taylor Richards fine 25 yard effort put the game beyond Albion.

Stephen Quinn's return from a one match suspension enabled Jake Buxton to make just the one change to the side folliwng the midweek trip to Ipswich Town. John-Joe O'Toole made way allowing Michael Bostwick to return to the centre of defence as Quinn returned to his role in the centre of midfield. There was good news on the fitness front as striker Kane Hemmings returned to the bench along with Neal Eardley.

Albion came out of the blocks quickly and wo a flurry of early corners to put the Rovers defence under pressure. Joe Powell varying his deliveries to good effect.

But for all their early promise they fell behind on eight minutes to a swift Doncaster attack in the eighth minute. Taylor Richards found Cameron John on the overlap and his low centre was calmly converted from close range by OKENABIRHIE.

There were anxious glances from the dugout after a quarter of an hour as Sam Hughes went to ground for the second time in a couple of minutes and when he got to his feet after treatment and gingerly left the pitch it was clear he was unable to continue and John-Joe O'Toole was readied to take his place.

Despite being behind Albio continued to look bright in attack and from a well rehearsed corner routine involving Charles Vernam, Powell and Lucas Akins it was the former that was worked into space inside the box for a low shot that perhaps deserved better than to be blocked inside the six yard box.

Another cleverly worked routine saw the ball fall nicely at the far post for Niall Ennis but the former Rovers loanee was denied by a sharp save from Joe Lumley in the Donny goal as O'Toole ducked out of the way.

A minute before the break Albion were handed a route back into the game when Taylor Richards, who had looked lively going forwards was drawn into a clumsy challenge on Powell just inside the box giving AKINS the chance to successfully beat Lumley from the spot.

But Rovers were back in front before the half time whistle sounded from a spot kick of their own. Michael Bostwick adjudged to have felled Okenabirhie just in side the box allowing WHITEMAN to lash the ball down the middle as Kieran O'Hara dived right.

The game continued to be quite open in the early second half exchanges with Powell spurning the first chance on 56 minutes whipping a free kick into the side netting after he had been felled just outside the box.

Rovers though were able to go up a gear and extend their lead just before the hour mark, Brighton loanee Richards striding through midfield before looking up and steering a 25 yard effort beyond O'Hara.

Hemmings and Ciaran Gilligan were brought into the action midway through the half in place of Quinn and Ennis and the visitors also made a double change to try and consolidate their lead but they almost extended it when Okenabirhie broke through but fired over from the edge of the box.

The introduction of Steven Lawless was designed to bring some more guile to the midfield in place of the tireless running of Ryan Edwards but Doncaster were able to organise themselves well with the two goal lead behind them and look for chances on the counter with the pace of Okenabirhie and substitute Tyreece John Jules keeping the Brewers back line on their toes in the closing stages. 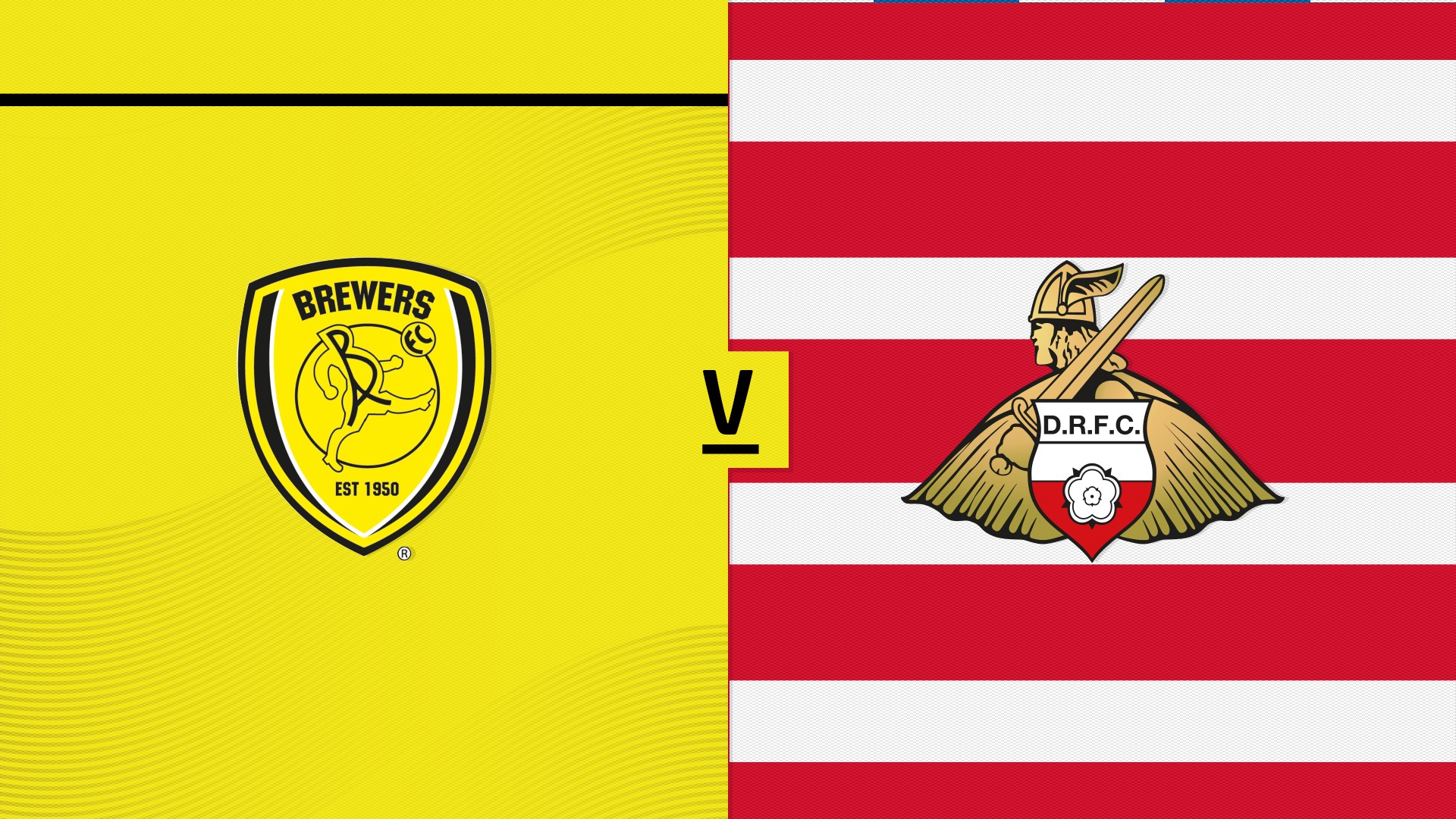 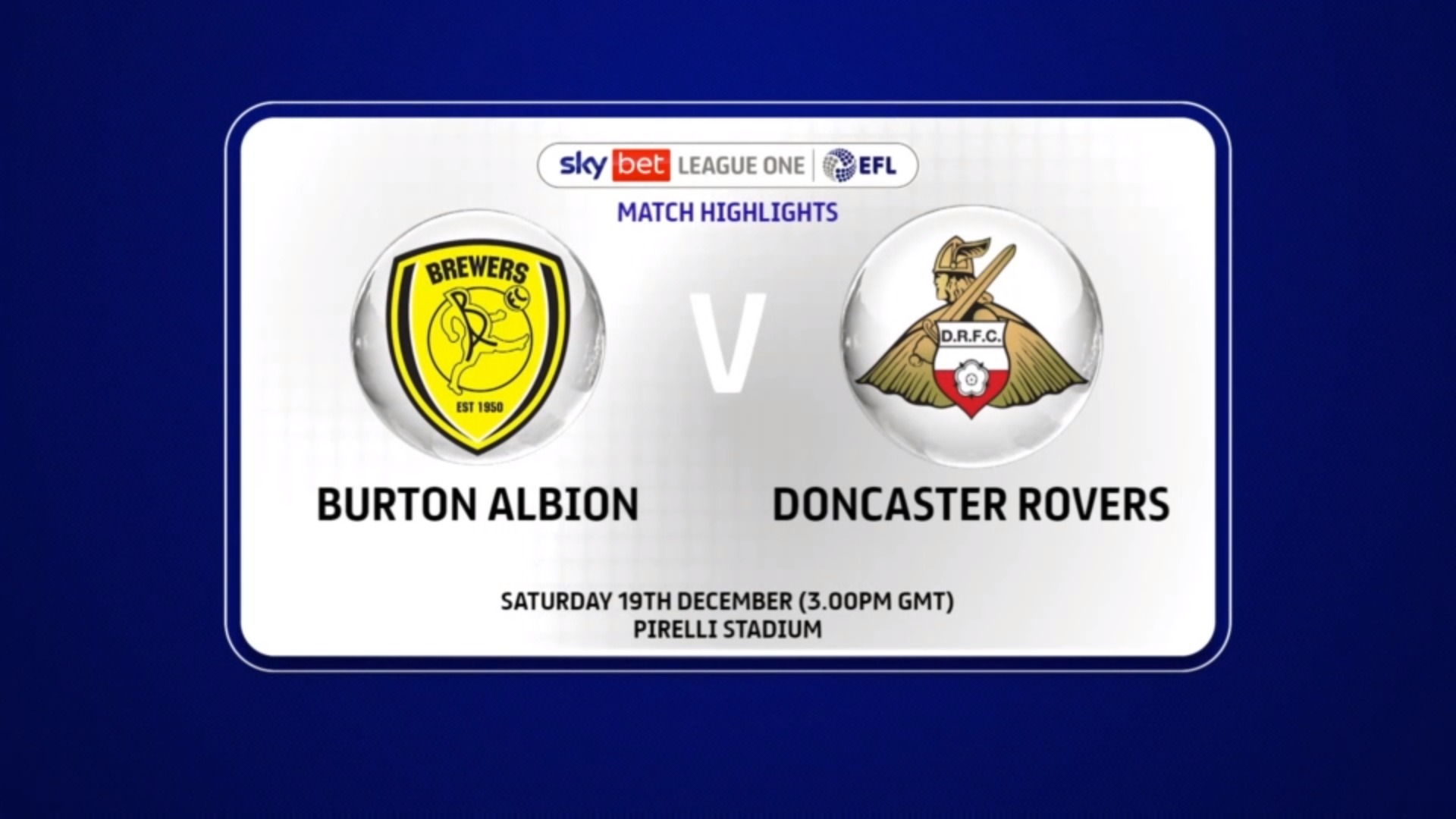 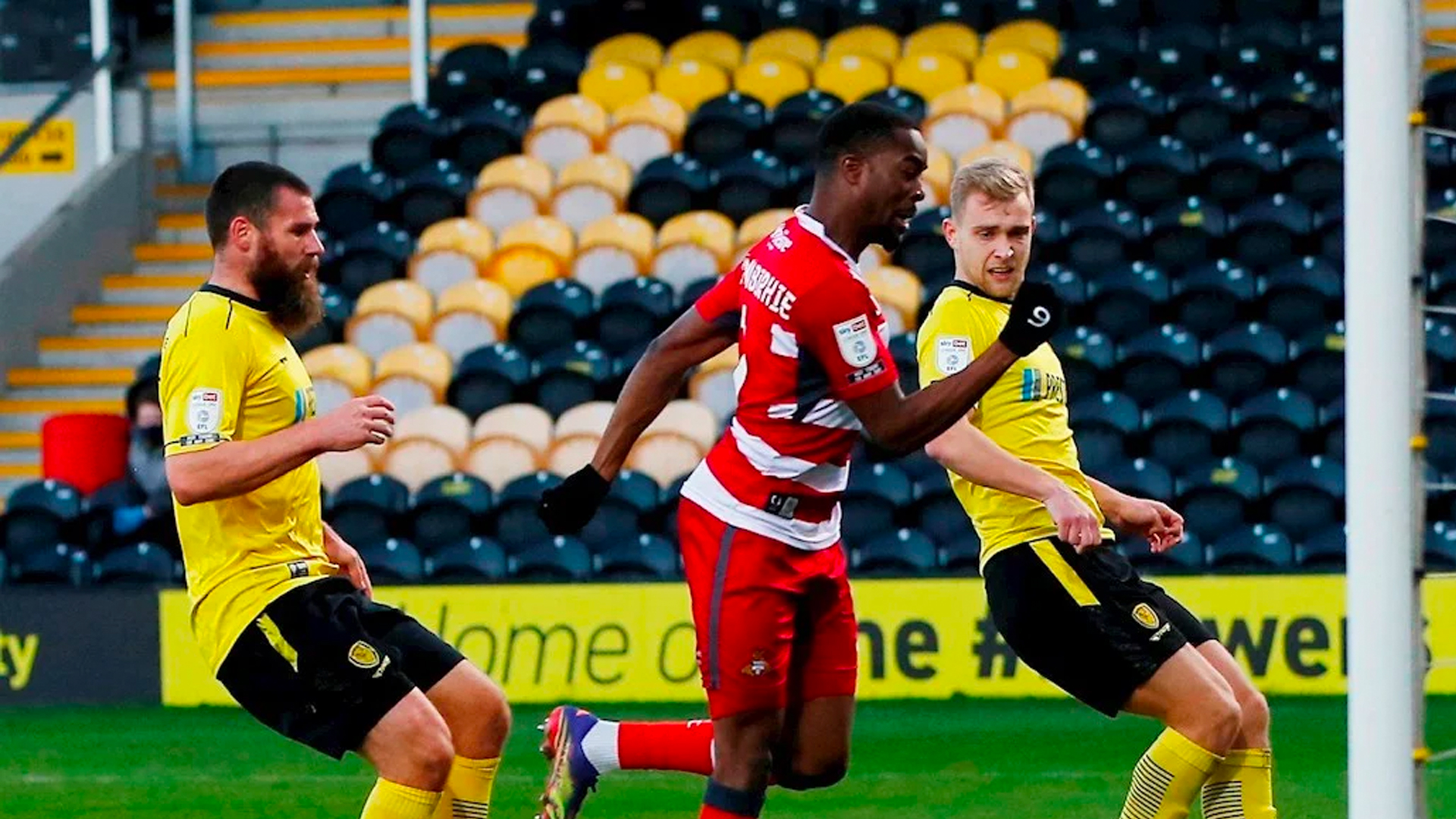