BURTON Albion went down 2-1 to Ipswich with a Joe Powell effort sandwiched between early and late strikes by the home side.

The Brewers travelled to Portman Road looking to extend their unbeaten run to five games and to move off the bottom of the League One table.

Jake Buxton made two changes with John-Joe O’Toole returning to the starting line-up for the suspended Stephen Quinn and Niall Ennis coming in for Ciaran Gilligan who dropped to the bench.

The Brewers went behind in less than four minutes, a long ball forward being flicked on and into the path of Keanan Bennetts who hit a crisp low shot into the corner past O’Hara who got a hand on it but couldn’t keep it out.

First Kayden Jackson was on the end of a slick move and shot at the near post with O’Hara sticking out a strong arm to make a great save.

Then Bennetts whipped in a shot from the edge of the area that left O’Hara flat-footed and went inches wide.

Albion were struggling at this point but managed to get back into the game on 21 minutes.

Charles Vernam surged forward, shrugging off a foul and keeping on his feet to feed Colin Daniel on the left. His low cross into the box found Joe Powell who swept the ball home confidently.

Albion had several chances to get the ball into the box after that, but the delivery wasn’t good enough to put the home team under pressure and Ipswich settled again.

Emyr Huws had a good shooting opportunity on 34 minutes but rather poked his effort and O’Hara saved comfortably.

Bennetts had another opportunity on 41 minutes but turned back onto his right foot rather than accepting the chance with his left and missed the target.

Albion started the second half better than the first and missed an opportunity when Niall Ennis over hit a pass forward when Lucas Akins would have had a scoring chance.

Ipswich seemed rattled and had two players quickly booked for fouls as Albion looked to get on the front foot.

But Alan Judge got them going with two shots inside a minute – the first effort was spilled by O’Hara but, thankfully, Sam Hughes was there to clean up, and the second was a foot over the bar on the volley.

Colin Daniel was booked for a foul on 57 minutes as the home side began to press again.

On 60 minutes Jackson pulled the ball back neatly for Huws but his low shot was saved by O'Hara.

Albion seemed to have weathered the pressure when Ipswich made their possession pay on 80 minutes.

The Brewers didn't deal with a loose ball, allowing Huws to shoot twice. O'Hara blocked his first effort, but Huws followed up as Albion stood still and fired it home to regain the lead for Ipswich.

There was one last chance for Albion to grab a point when Ennis made strides down the right and put the ball into the box. It came all the way to Akins who got under his shot and poked it over with the goal gaping.

There was six minutes of added time, but it was Ipswich who came closest to adding another with Drinan having a final effort on goal and O’Hara saving again.

Albion’s unbeaten run comes to an end and they have to build again at home to Doncaster on Saturday. 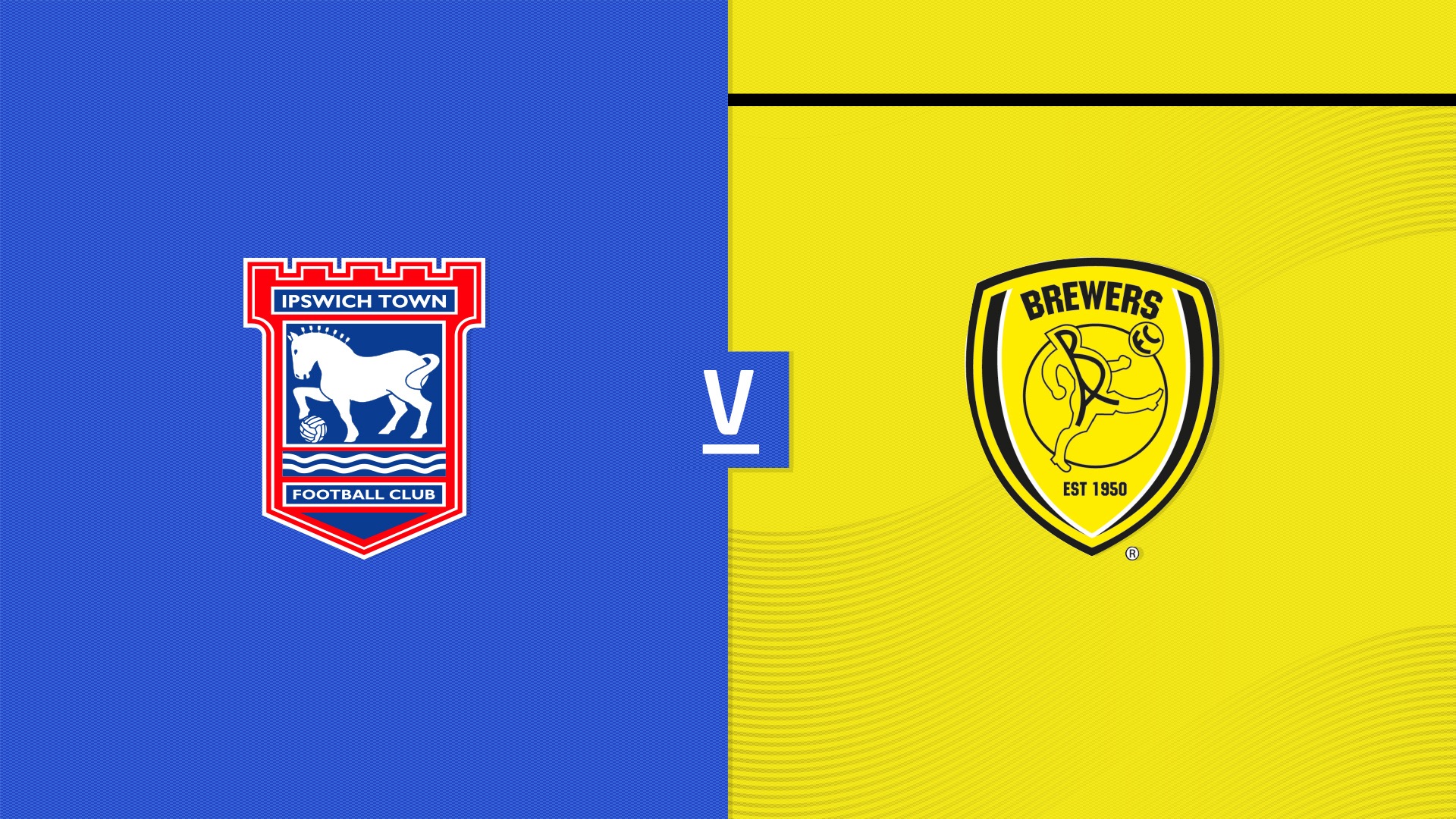 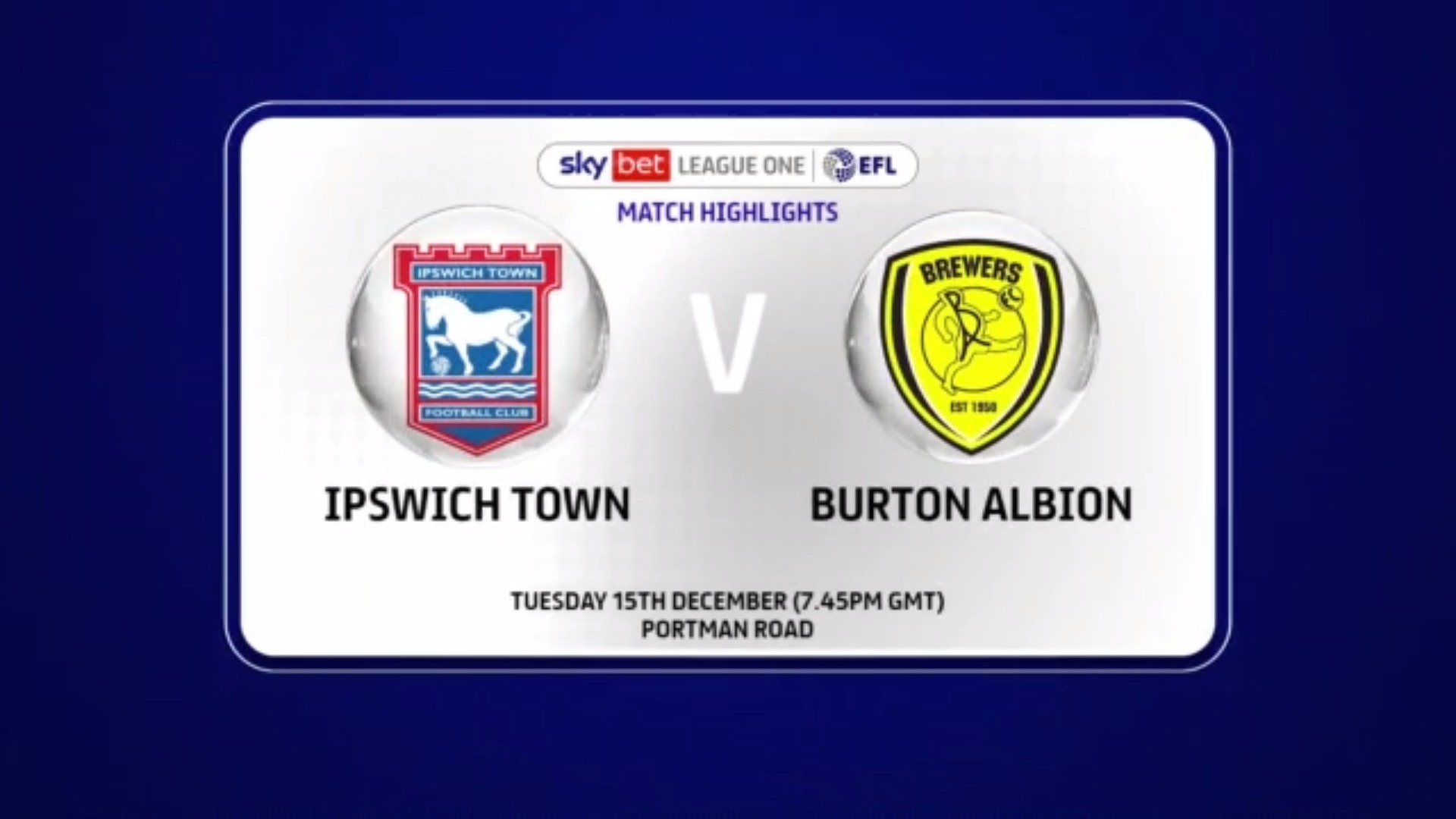