BURTON Albion were held again as Colin Daniel's first half goal was cancelled out by Scott Fraser's penalty in a 1-1 draw away at MK Dons.

Manager Jake Buxton named an unchanged starting XI and squad for the fourth game in a row, following a week's break between the visit to Stadium MK and the 1-1 draw against Crewe Alexandra at the Pirelli Stadium.

Albion started brightly and a chance fell to Joe Powell in the fourth minute, the creative midfielder winning possession back in the Dons box and shaping to shoot, but an awkward bounce took the sting out of it and a Dons defender was able to block.

But only another four minutes were needed for the Brewers to take an early lead, with Powell working a neat short corner routine to Quinn on the edge of the box, who had to take an extra touch away from the referee before drilling a low shot from 18 yards at goal.

The effort struck Cameron Jerome and fell to DANIEL, who made no mistake with a low, driven finish past Andrew Fisher.

Albion continued to have the majority of the forward play without being able to test Fisher further - Vernam seeing a powerful drive blocked by Richard Keogh and Lucas Akins driving wide with his left foot in the 19th minute, just after Cameron Jerome saw an effort saved at the other end.

The Brewers had further chances to add to their lead from a succession of corners just past the half-hour. A driven corner was headed up into the air and as it landed on the corner of the six-yard box, Akins stabbed an effort at goal that deflected just wide of the near post.

And from the resulting set piece, the ball came back out to Vernam who swung a cross into the box, which was spilled by Fisher but the keeper recovered well to turn Akins' acrobatic volley wide.

The hosts started to move up through the gears from there and twice tested Kieran O'Hara, the Brewers keeper making a superb stop to deny Jerome's low shot from six yards with his legs, before then claiming a looping header from George Williams after a corner went to the back post.

The hosts began the second half very much as they ended the first, playing the ball around nicely and looking for openings.

One such opening arrived in the 52nd minute, and Daniel had to be alert to stop Jerome's clipped cross-shot from crossing the line at the far post, heading the ball away from danger well.

The Dons had their closest chance yet when Scott Fraser drilled an effort from inside the box wide, but the former Brewer would restore parity with 15 minutes to play. Ciaran Gilligan brought down Carlton Morris in the box and FRASER stepped up to convert the spot kick.

Albion should have retaken the lead just after as two sloppy moments at the back presented chances for Edwards - the first saved well by Fisher as a loose clearance was pounced upon.

Then Akins dispossessed Keogh on the byline and turned into the box, teeing up Edwards with a perfect cut-back but the midfielder side-footed his effort over the bar.

But that was all she wrote in terms of goals and the match ended with a goal and a point apiece. 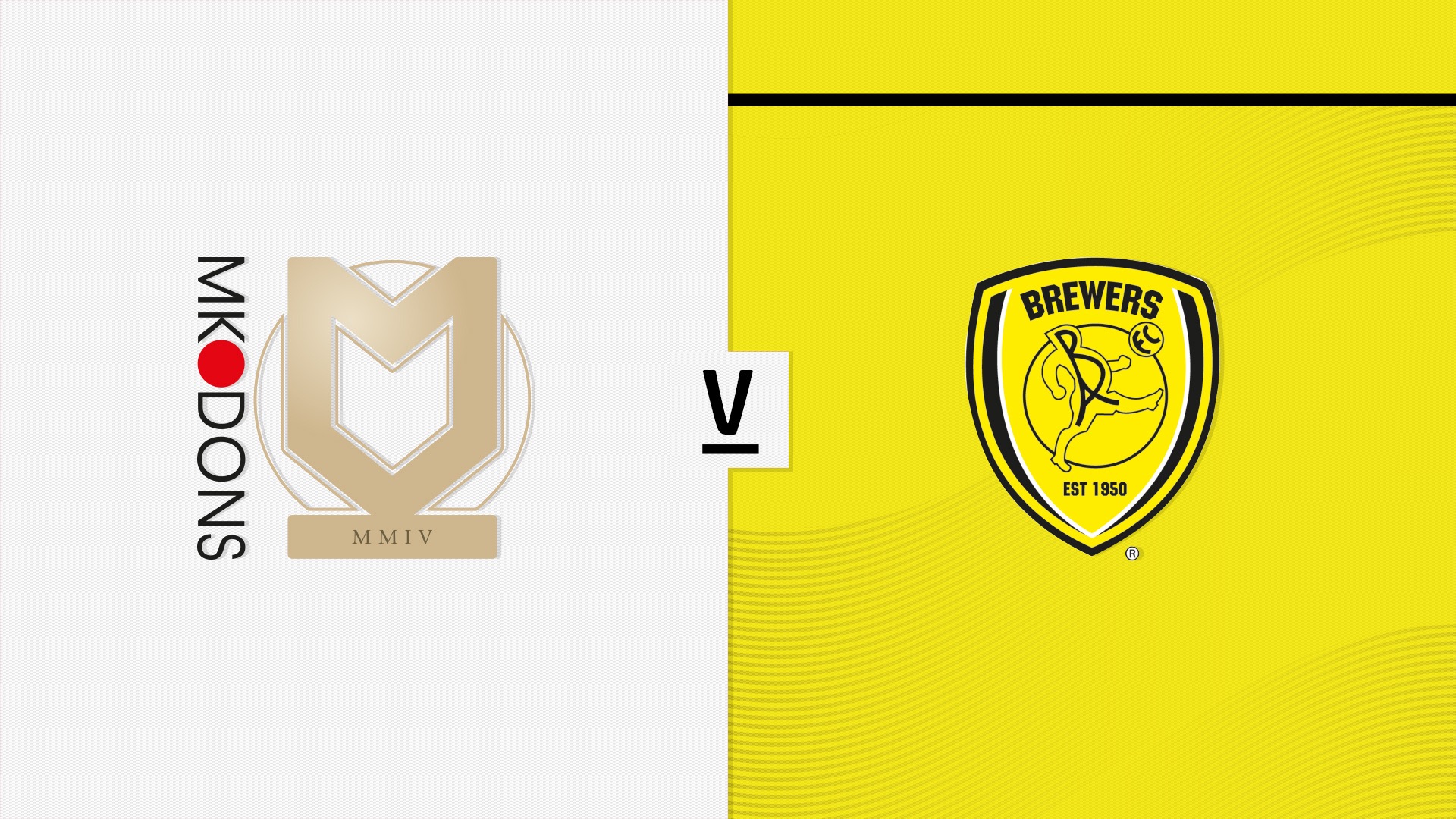 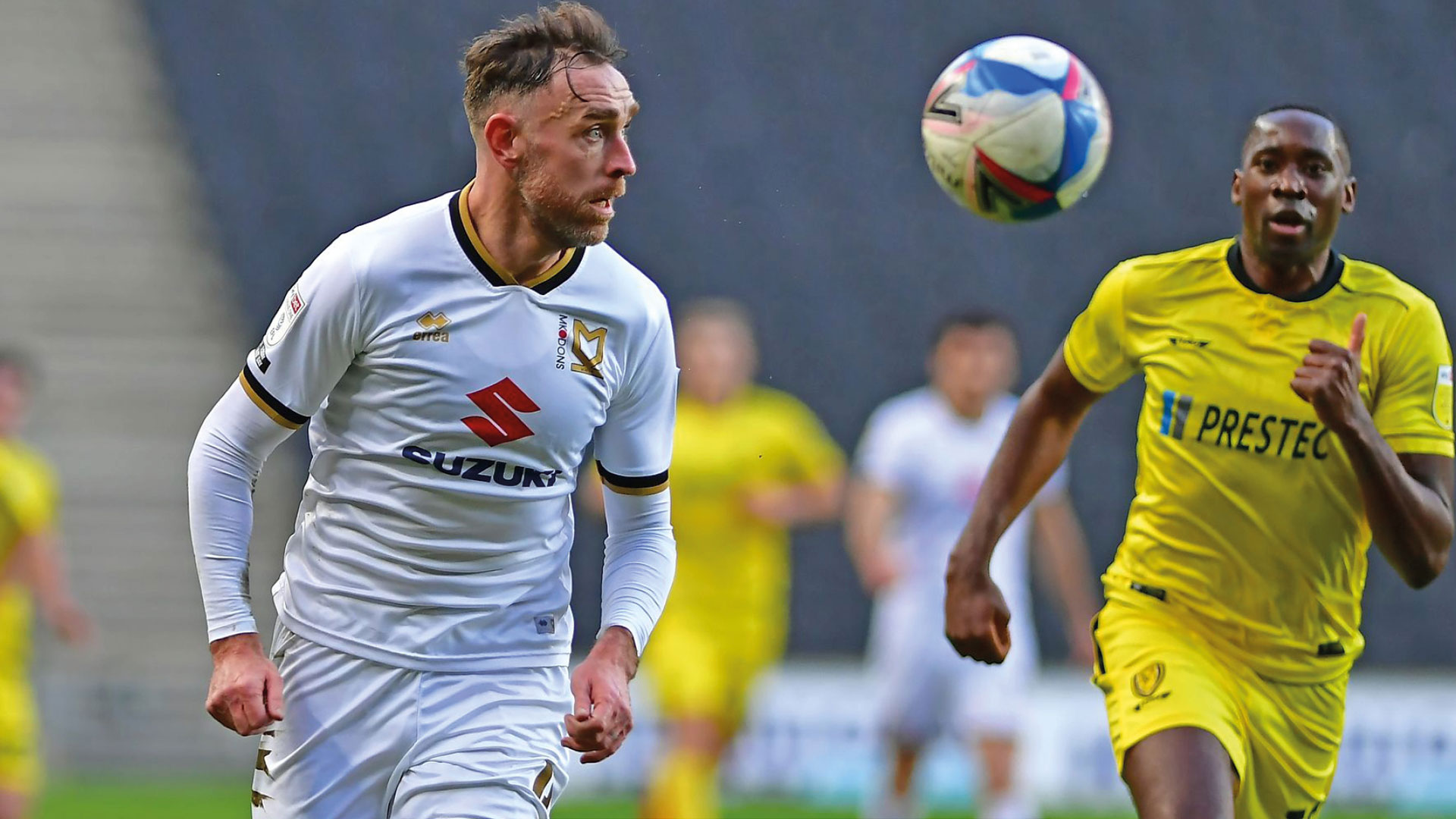