Albion had no answer as the Wearsiders got themselves 2-0 in front just after the half hour through Grant Leadbitter and Lynden Gooch and although an improved start to the second half promised a potential fightback Earl was dismissed for his part in an unseemly scuffle with Aiden O'Brien whilst trying to protect Hayden Carter who had been pushed into the advertising hoardings by the Sunderland man.

After the boost of beating Northampton Town last time out and a clear week on the training ground with his players manager Jimmy Floyd Hasselbaink was afforded the luxurys* of being able to name an unchanged side for the visit of the Wearsiders. The only matchday change came on the bench where new signing Mike Fondop, announced on the morning of the game but having signed in time to meet League registration rules, was brought in at the expense of Luke Varney.

Sunderland started strongly on the front foot and it was not long before Aiden McGeady was making his presence felt with a smart pass along the edge of the box setting up Lynden Gooch for a driven shot that was well beaten away by Ben Garratt.

And it was the in-form Irishman who was at the heart of things again as the visitors hit the front in juts the sixth minute. A free kick 25 yards out allowed him to show his creativity from set pieces but rather than put the ball in the box he laid the ball directly into the path of LEADBITTER who fired home through the bodies in the box.

Albion were inches away from an equaliser five minutes later when Sunderland left John Brayford unattended at the back post from Josh Parker's free kick and only an alert piece of defending from Wolves loanee Dion Sanderson hacking the ball off the line and over his own crossbar.

In what was proving to be a very open game Sunderland quickly went close to a second, McGeady denied by a combination of Garratt and his defenders from a low shot fifteen yards out.

McGeady then found himself in referee Craig Hicks notebook for the wrong reason when his crude and late challenge on Sean Clare just outside the Burton box earned him the first yellow card of the game.

Just moments after Brayford's teasing low cross just evaded both Ryan Broom and Lucas Akins inside the Sunderland box the visitors were raiding up the other end and it required an astute intervention from Hayden Carter to clear things up when Gooch tried to find Aiden O'Brien inside the box and the forward failed to make significant contact with his attempted shot.

Carter was also in the right place at the right moment shortly afterwards when McGeady tried to find the corner with an effort from the edge of the box that the Blackburn loanee deflected over. From the resulting corner Garratt could only punch his clearance out of the box to GOOCH who returned a rising drive that dropped in off the underside of the crossbar.

Jonny Smith threatened to spark a Burton fightback with a tricky run across the edge of the box culmination with a shot that forced Lee Burge in the Sunderland goal to go to his left and hold onto the shot as Albion looked for a first half lifeline.

Albion started brightly after the break and after Broom had seen an angled shot blocked after driving into the box it was Smith who went closest yet with a dipping deflected effort that did well to get fingertips to ensuring that it hit the crossbar rather than dropping into the net.

Albion's task of trying to get something from the game was made much harder on 55 minutes when they were reduced to ten men with Josh Earl sent off for a second yellow card. Having been cautioned earlier on for the foul thatg led to the first goal the Preston loanee waded in to protect team mate Carter who was unceremoniously bundled off the ball as he shepherded it out under pressure from O'Brien. The Sunderland man did not escape punishment either with a yellow card shown to him.

As if to show it was not Albion's afternoon so far Smith hit the post on the hour mark with a superb curling effort with the bounce proving unlucky for Broom who was unable to get to the loose ball to force it home.

A triple change ensued for the Brewers as they fought the odds to try and get back into the game. Clare, Broom and Josh Parker all made way for Tom Hamer, filling the gap at left back, Joe Powell and Danny Rowe. Powell spurned a half chance on 68 minutes when Hamer's long throw was flicked on by Carter and the midfielder could not keep his header down.

Fondop got his League debut with just under twenty minutes remaining as Akins, having ploughed the attacking furrow was given a break.

Sunderland almost added a third on 73 minutes when Wyke pounced on a loose ball after a fine save by Garratt but the post denied the big striker although he had his goal on 76 minutes turning sharply on the edge of the box to unerringly find the bottom corner of the net.

Garratt denied substitute Chris Maguire with a superb effort in stoppage time but Albion have to put this behind them quickly and go againat Charlton on Tuesday evening. 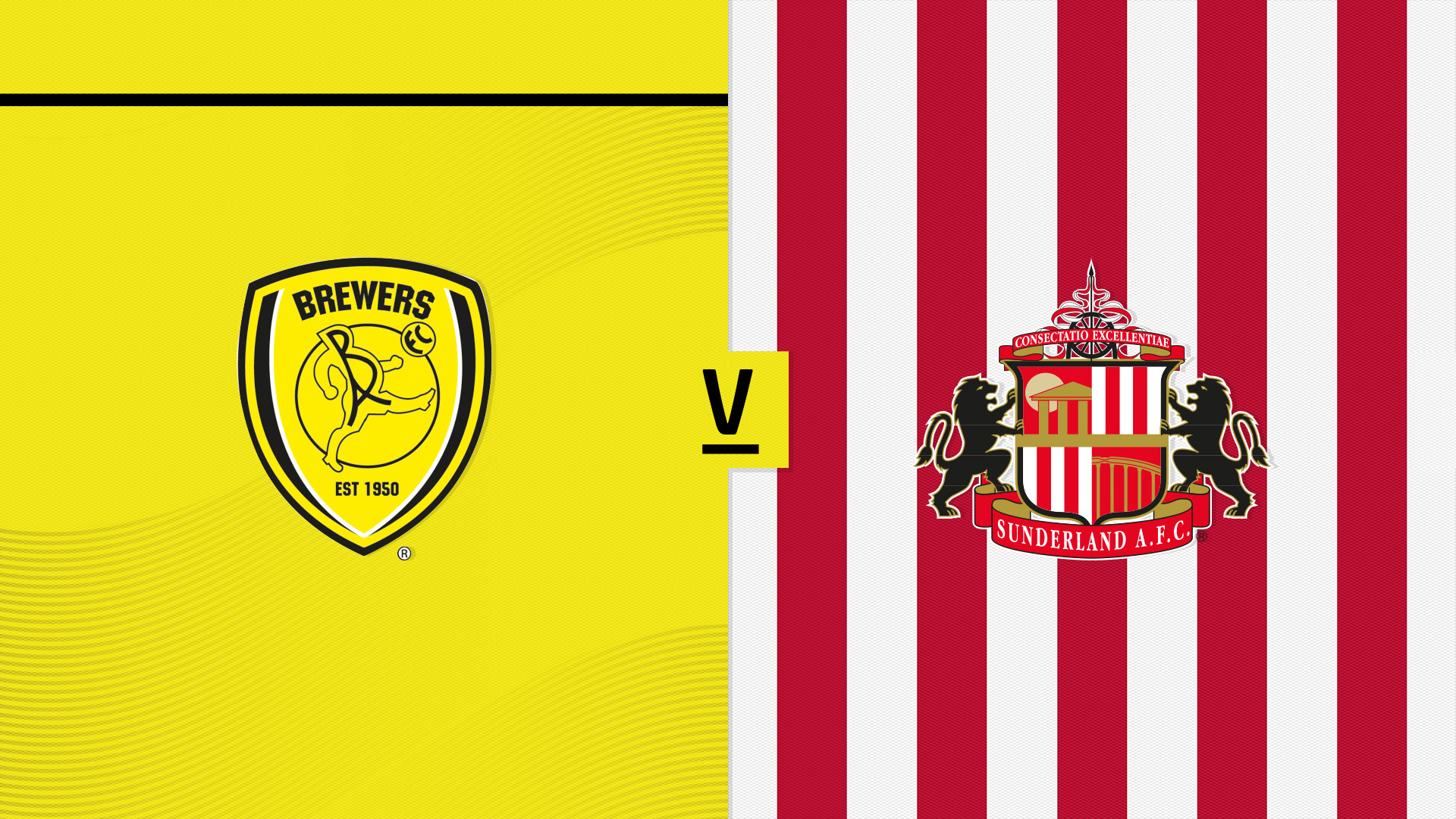 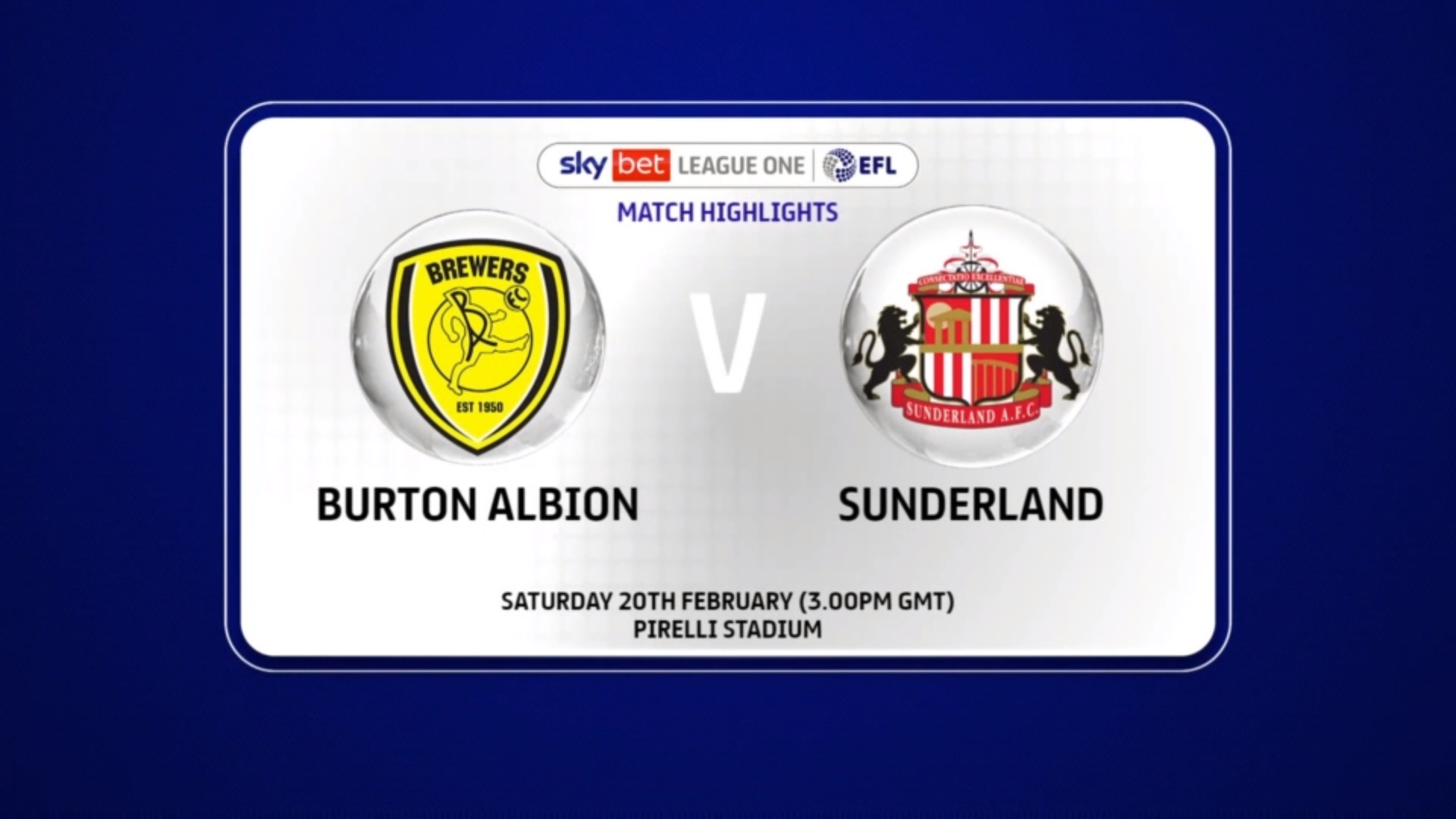 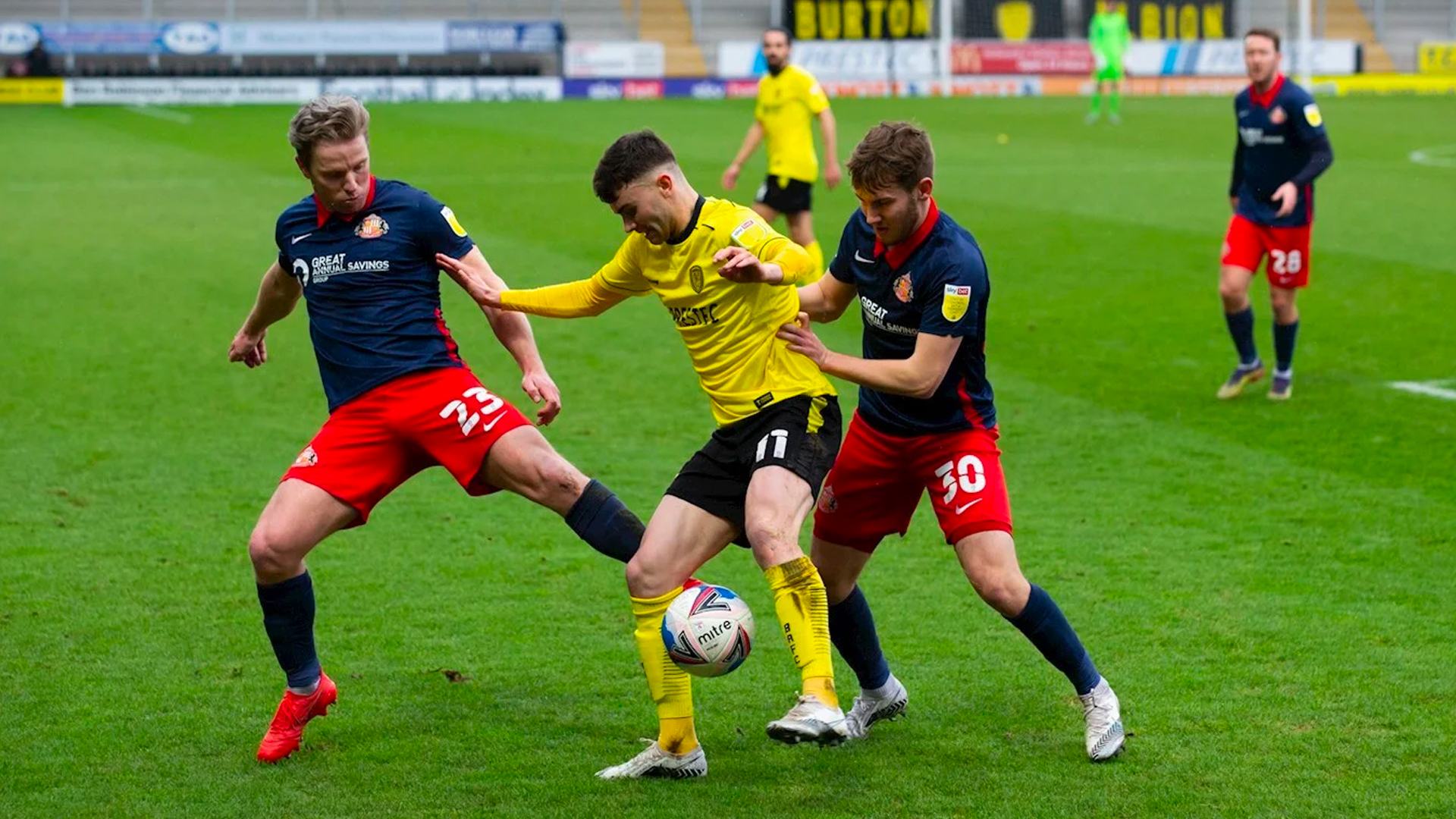