MICHAEL Bostwick's first goal for Burton Albion and a superb late run and goal from Ryan Edwards secured a brilliant 2-0 victory for the Brewers at Northampton Town.

Manager Jimmy Floyd Hasselbaink made two changes from the side that beat Hull City 1-0 last weekend, with the match-winner against the Tigers Jonny Smith starting on the right flank and Bostwick returning at centre-half, allowing captain John Brayford to move across to right-back.

The hosts flew out of the blocks in the opening stages and Albion had to weather a real storm early on.

The Cobblers thought they had taken the lead in the second minute when a whipped free-kick into the box evaded the Brewers defence and past Ben Garratt, but an offside flag was raised against defender Lloyd Jones, who was right in front of the keeper and made a motion to play the ball.

Northampton continued to pile forward and very nearly took the lead with a long-range effort from Ryan Watson, from a Sam Hoskins set-up, cannoning off the crossbar and bouncing into touch for a goal-kick.

The pair then switched roles for Northampton's next effort on 14 minutes - Watson's cross taken down by Hoskins in the box but his dipping effort going over the bar.

Albion saw out this early purple patch and gradually started to get more of a foothold in the game, their first major chance seeing Brayford race onto the end of a Josh Parker corner at the back post, but Joseph Mills got enough on the ball to divert the header wide.

Three minutes later and it was Albion rattling the woodwork. Parker stood over a free kick on the left-hand side, 25 yards from the byline, and curled a right-footed effort towards the near post, trying to catch the keeper out - but it bounced off the post and out for a goal kick.

On the half-hour Sean Clare was strong in the tackle to win possession back in the middle of the park and the on-loan Oxford man found space to run into ahead of him. He played a neat ball into Lucas Akins, right-of-centre, who turned well but could only drag his shot wide of the far post.

Parker continued to cause problems on the left - one neat run taking him past two players but a deflection taking his pull-back away from Smith - and with set plays, but it remained goalless at the break.

The hosts again looked to come out strongly in the opening stages with Watson and Hoskins both sending efforts off-target.

Albion felt they should have had a penalty in the 54th minute when Akins was brought down under a challenge from Bolger, but a goal kick was given instead.

And less than a minute later the Brewers were indebted to goalkeeper Garratt as he pulled off a fine reflex stop to deny Danny Rose's point-blank range effort, with Rose putting the follow-up into the side-netting.

Smith was industrious on the right flank and his first effort on goal came on 72 minutes, cutting in from that wing and drilling one low and hard with the left foot, but keeper Jonathan Mitchell was equal to it.

But Albion would make the breakthrough after 78 minutes. Mitchell was adjudged by the referee to have picked up a backpass as Bolger's ball went back to him, and Albion had an indirect free kick inside the box, 12 yards out, central.

Clare stood over it with BOSTWICK ready to strike at goal, as the Cobblers lined up every man on the line - but the centre-back picked his spot to perfection after a couple of false starts and drilled the ball into the top-left corner, the ball staying hit.

Substitute Ryan Edmondson saw a header saved by Garratt as the hosts looked to get back into the game - but Albion looked determined to see the three points out.

And despite some late pressure - Albion secured the three points with a superb late run from EDWARDS, who took the ball down deep in his own half, ran at the remaining defenders at the back and dinked the ball neatly over one challenge, opened his body and slotted the ball past Mitchell to secure a welcome three points. 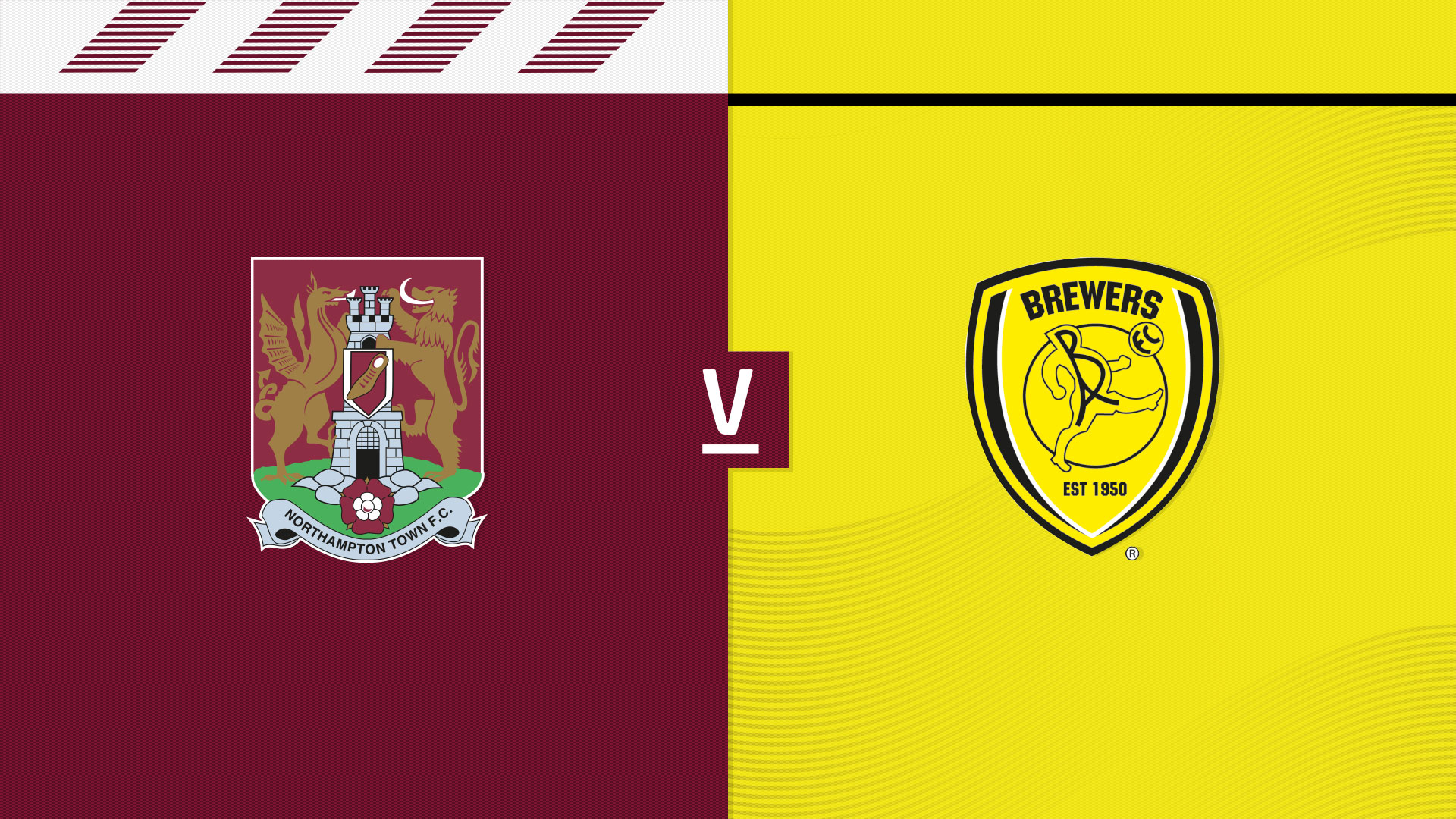 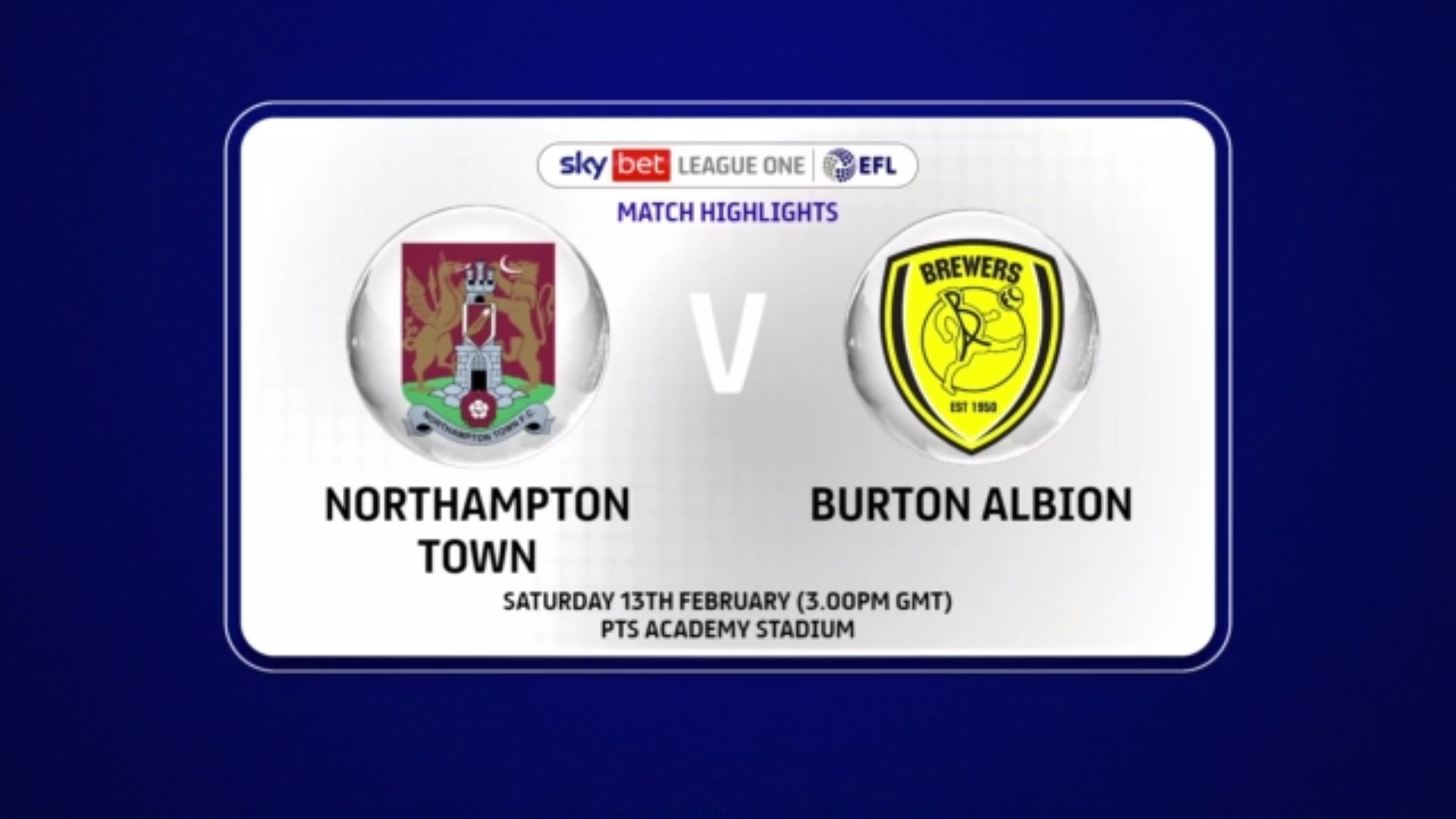 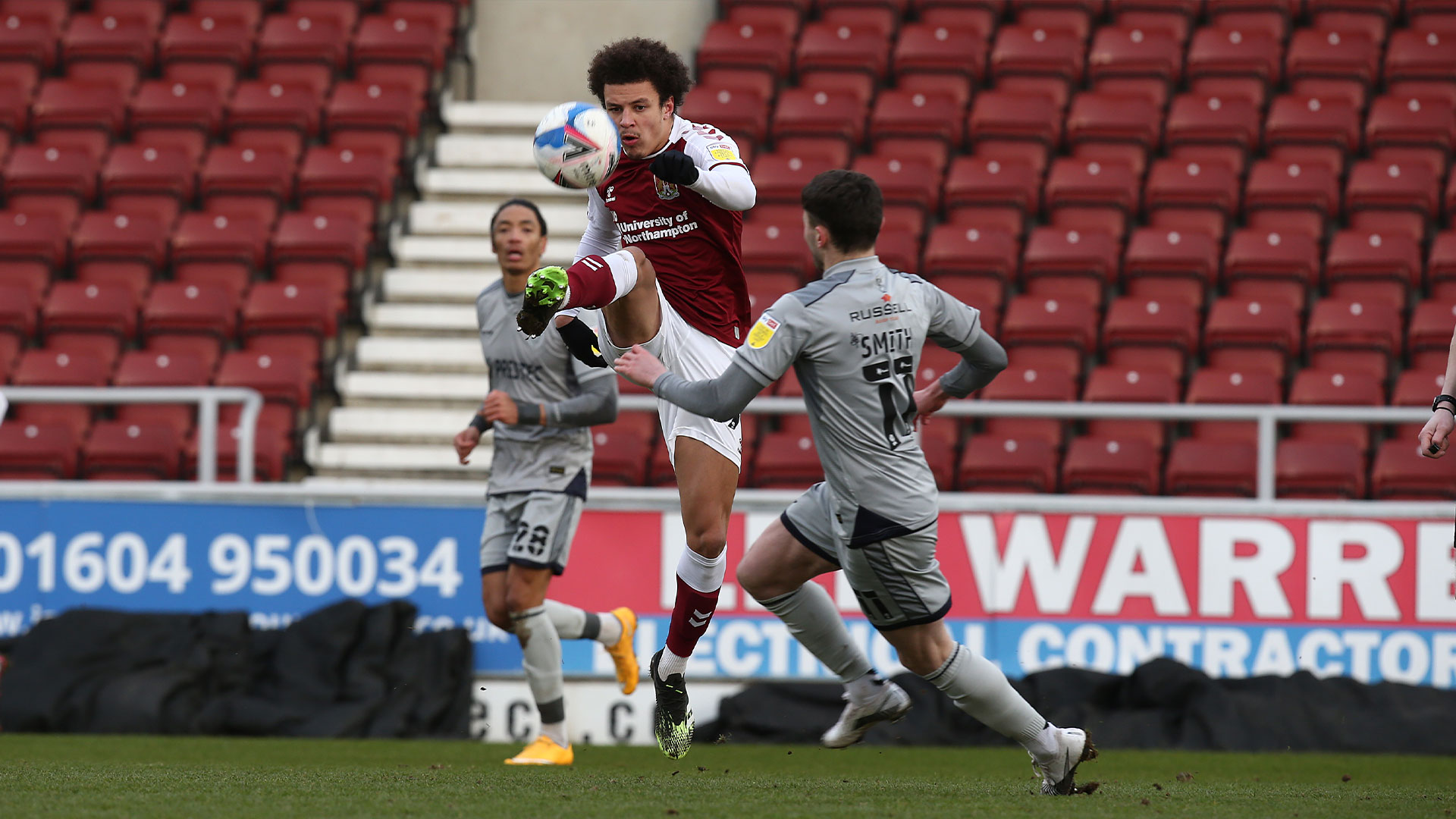