GOALS from a returning Kane Hemmings and Lucas Akins secured a fine 2-0 win at Rochdale to lift Burton Albion off the foot of the Sky Bet League One table.

There were two changes from the side that defeated Charlton Athletic 2-1 in midweek, both enforced as Kieran Wallace and Owen Gallacher were ruled out through injury.

John Brayford returned and took the captain’s armband at right-back, while Danny Rowe, scorer of the winning goal at Charlton, was handed his first start for the Brewers on the wing.

Rochdale started brightly and in the second minute worked the ball well into the box, but three consecutive blocks saw their efforts on goal prevented from reaching Ben Garratt in goal and Albion were able to clear their lines.

The Brewers were well in the game in the early stages however and felt they should have had a penalty after seven minutes. Rowe’s deep corner was headed back across goal by Tom

Hamer and fell to Brayford, whose powerful effort was blocked first by the leg and then the hand of a Rochdale defender, but no penalty was forthcoming.

Any momentum was halted as Hamer and Ryan McLaughlin had a nasty-looking clash of heads, with both requiring several minutes of treatment but thankfully both were fine to continue.

Dale moved the ball nicely in the 22nd minute but Garratt was able to hold onto a looped header from Alex Newby.

Five minutes later and Jonny Smith came close to opening the scoring, running at the defence and seeing space open for a low, left-footed, curled effort which was parried away by Gavin Bazunu, with the Dale keeper then holding onto Sean Clare’s rasping effort from distance.

Chances were at a premium from there as the game was largely played in the centre of the park, but Albion did force another good save from Bazunu when Hamer sent a dipping half-volley at goal from 18 yards, the keeper acrobatically tipping the ball over the bar and denying Albion an opener.

And Albion felt they should have had another penalty when Ryan Edwards was brought down by Ollie Rathbone right on the edge of the box - but a free-kick only was the verdict of the referee, one which Michael Bostwick struck fiercely but could not get it through the wall.

With neither side able to find the breakthrough from there, the half-time break arrived with the game goalless.

Striker Mike Fondop had two chances in the first 10 minutes of the second half, within moments of one another. Firstly a long throw into the box from Hamer was flicked by Conor Shaughnessy towards the back post, where Fondop got a foot to it but could only stab the ball weakly at Bazunu.

Albion won possession back from there and a good ball over the top found the striker who had a defender for company and, under pressure in the box, he pulled a left-footed effort wide of the far post.

Fondop was replaced by the returning Hemmings moments later and within three minutes, the striker had a glorious chance to break the deadlock as he got onto Lucas Akins' pull-back in the centre of the box, but he lifted his effort at goal and it ended up over the bar.

But Albion's top scorer would make up for that on 66 minutes. Another long throw from Hamer, this time on the right, caused issues and Bostwick flicked it towards goal with his head, with HEMMINGS finishing well from close range for his ninth goal of the season.

A flashpoint occurred in the 78th minute when Smith was penalised for a foul, and tried to take the ball from Ollie Rathbone to prevent a quick free-kick - Rathbone reacted by throwing his head forward at Smith, and the Dale man was duly sent off with Smith booked for his part.

Brayford was inches away from making it 2-0 on 85 minutes when another long throw was again met by Bostwick - this time the flick-on just ahead of the Brewers skipper.

But a minute later, Albion extended their lead against the 10 men with one of the goals of the season. Smith and Powell played a neat one-two on the break and the former laid the ball of to AKINS on the left of centre. Lucas cut the ball onto his right foot and curled it brilliantly from 20 yards past the outstretched Bazunu.

That was how it stayed and Albion celebrated a fourth win in five games, a thoroughly deserved three points. 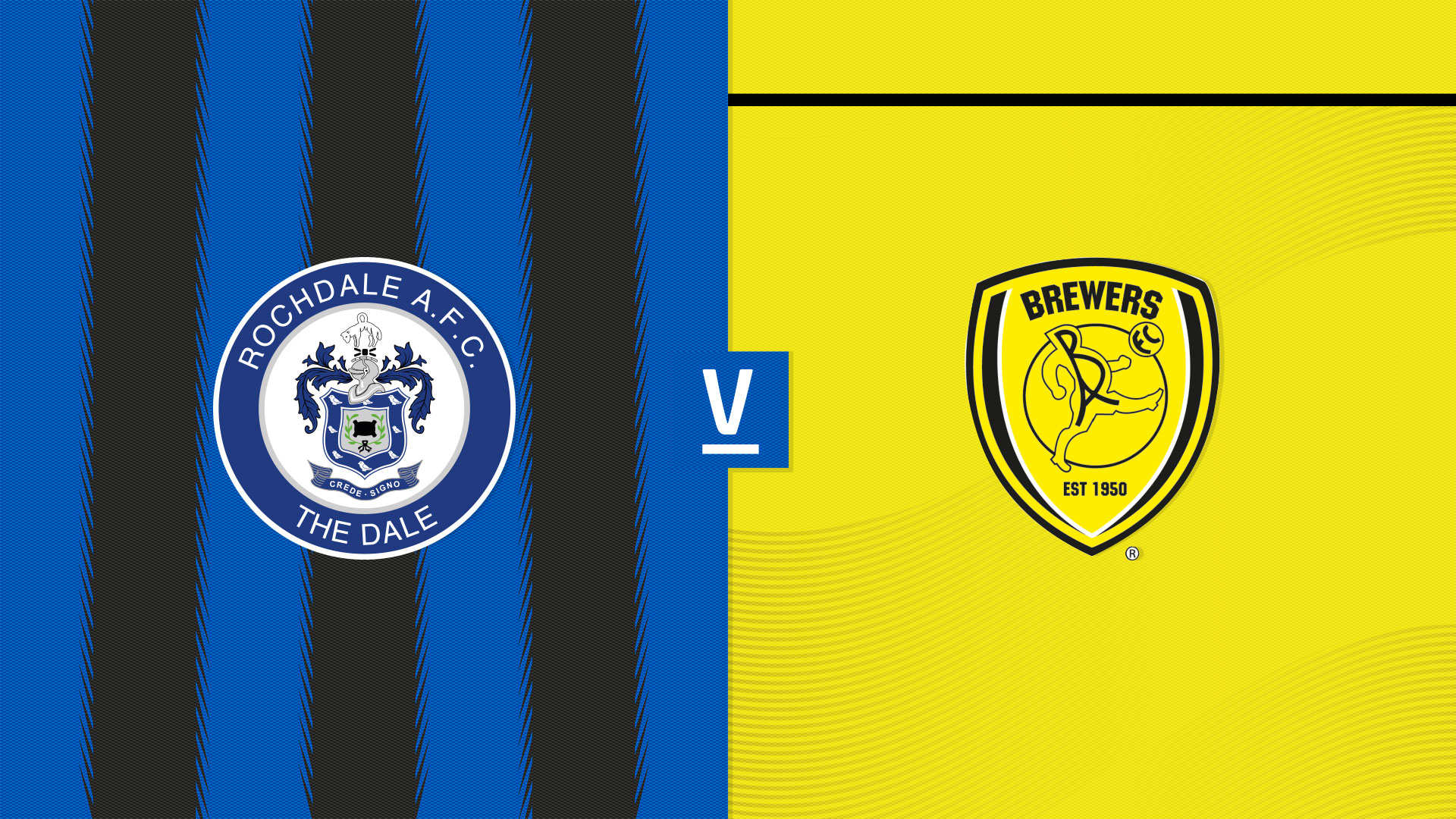 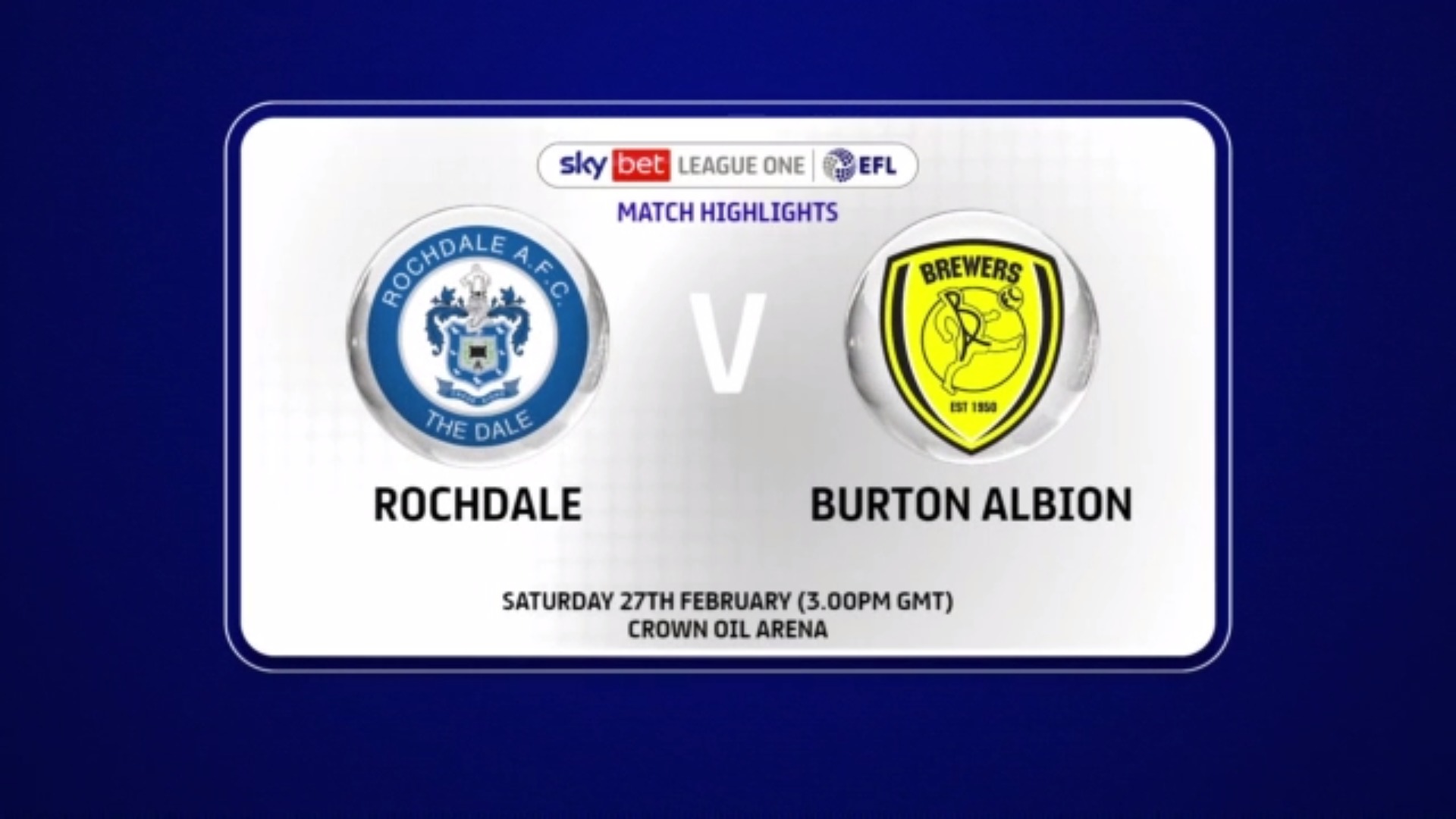 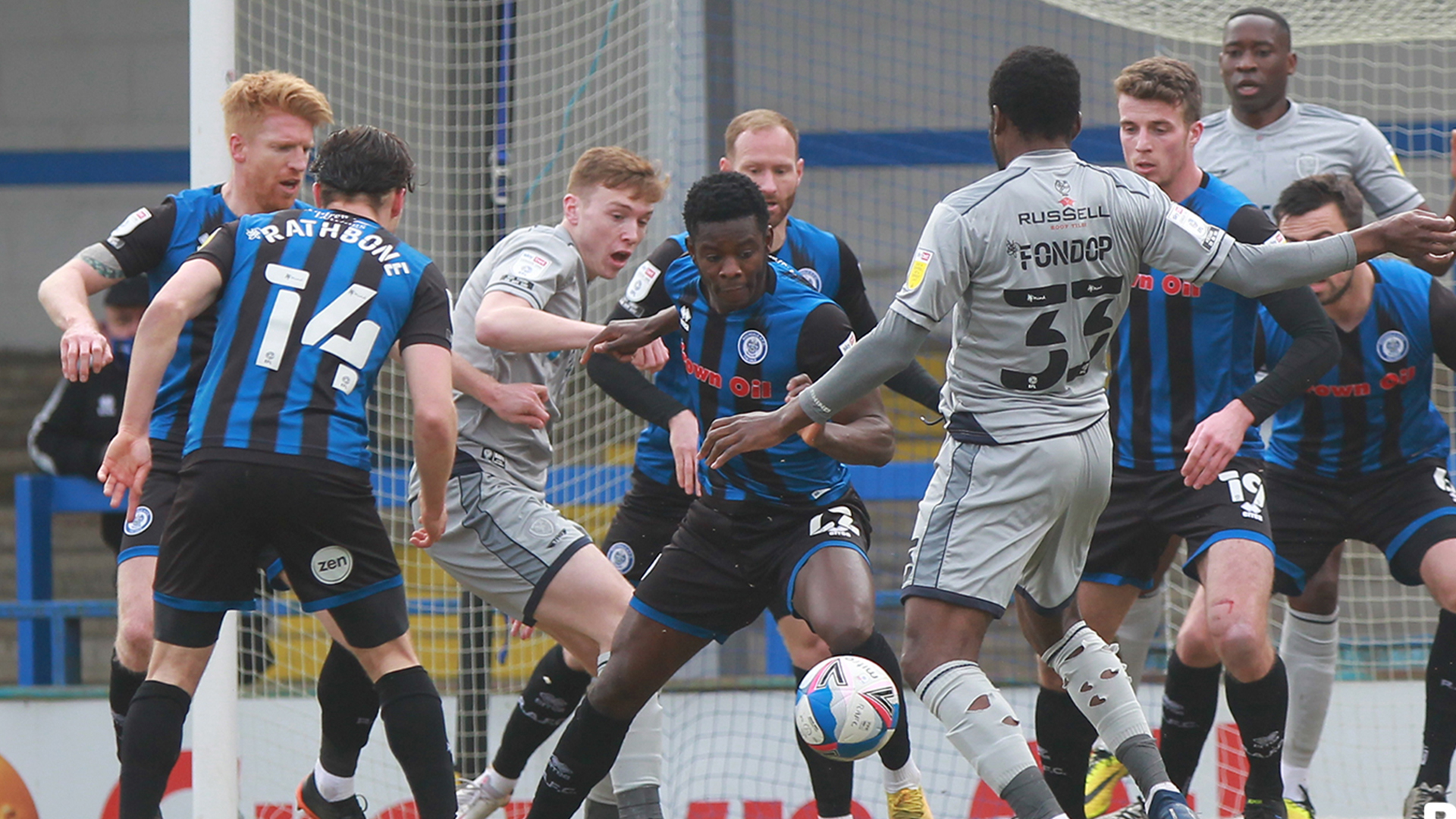