KANE Hemmings and Hayden Carter scored second half goals that secured an impressive 2-1 victory over League One pacesetters Peterborough United.

Posh arrived at the Pirelli as the only side in the division in better form over the last six games but after a cagey and tight first half it was Albion who seized the initiative with Hemmings netting his tenth of the season from close range before Carter's shot doubled the advantage as United tried to come to terms with being behind.

It looked as though another clean sheet was secure for Albion too as Ben Garratt and his defensive defiantly stood their ground but Harrison Burrows' stoppage time finish halved the deficit but counted for little as the final whistle sounded second later.

With Sean Clare starting a two match suspension for accumulated yellow cards there was one enforced change to the team that racked up a sicth win in eight games. Danny Rowe was brought back into midfield as Jimmy Floyd Hasselbaink tweaked his options. There was also a second change with Hemmings returning to the attack in place of Mike Fondop. There were also returns to the bench for Josh Parker and Owen Gallacher.

Both sides had extremely early opportunities to test out the opposition defence. Pretty much from the kick off Peterborough tried to work the ball around the back and to their keeper but the pass back to Pym was almost intercepted by Hemmings with the Posh stopper having to hastily clear.

The league leaders responded with a rapid raid down their right and Sammie Szmodics low cross was heading straight to leading scorer Jonson Clarke-Harris until Carter stepped in to clear the danger.

Jonny Smith picked up an early yellow card for an uncompromising challenge on Siriki Dembele right in front of the dugouts as the visitors looked to build some early momentum.

The visitors looked very lively early on and could have been in front on the quarter of an hour mark when Szmodics deflected effort caused problems for Ben Garratt, the Albion keeper pushing the ball away from danger at his near post but Clarke-Harris was sniffing for the rebound and although he got to the ball first he slipped and skewed the ball well wide of the target.

Despite United's pressure the best chance came for Albion on 22 minutes as Rowe picked up a delightful backheel from Tom Hamer and weaved his way along the edge of the box, capitalising on a slip by a defender to fire goalwards only to be denied by an excellent save at full stretch from Pym.

From there the game became a battle in midfield with neither side able to seriously threaten the opposing goalkeeper. Peterborough tried to exploit their right hand side but some stoic Albion defending ensured that their crosses failed to reach their intended targets with both Joe Ward and Szmodics looking to create from wide.

The same pattern was evident at the start of the second half with neither side able to really dominate although Albion had something of a scare on 53 minutes as Garratt was lurted to the edge of his box by a looping cross but Clarke-Harris was there first to head the ball goalwards with the Brewers keeper relieved to see it roll wide of the goal.

Two minutes later and Albion hit the front with Smith again at the forefront of the action finding space on the right to cut in and fire a low ball to the near post that found HEMMINGS who was able to tuck the ball home from close range.

It took juts fo9ur minutes for Albion to add a second and take control of the game. Rowe's corner was well beyond the back post but Tom Hamer was able to head it back into the danger area. Although Michael Bostwick missed with an attempted over head effort CARTER was there to fire towards goal with the assistant adjudging his effort to have crossed the line despite Pym's attempts to smuggle it away.

Albion rang the changes to try and stay in control of the game with Terry Taylor, Joe Powell and Josh Parker all introduced as the half wore on to freshen up and tighten up the game.

Peterborough also freshened their side up with the introduction of Mo Eisa and the striker twice went close, nipping in behind the Burton defence to poke the ball beyond Garratt only for Carter to clear from almost on the line and then squeezing himself behind Bostwick to lift a lobbed effort onto the roof of the net with ten minutes to play.

Burrows' finish may have spoilt the clean sheet but Albion move four points clear of the bottom four as they look to keep their impressive run going. 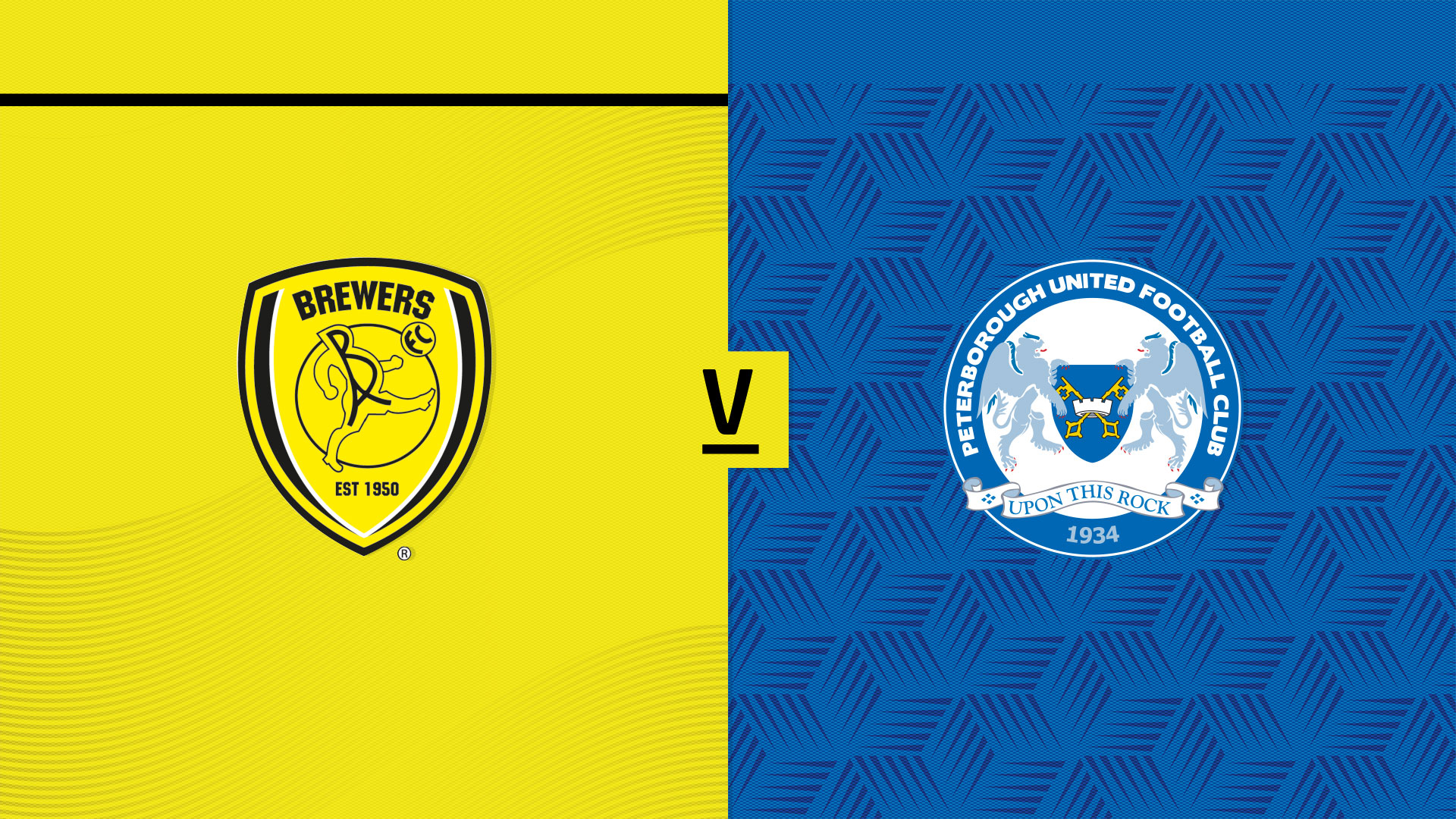 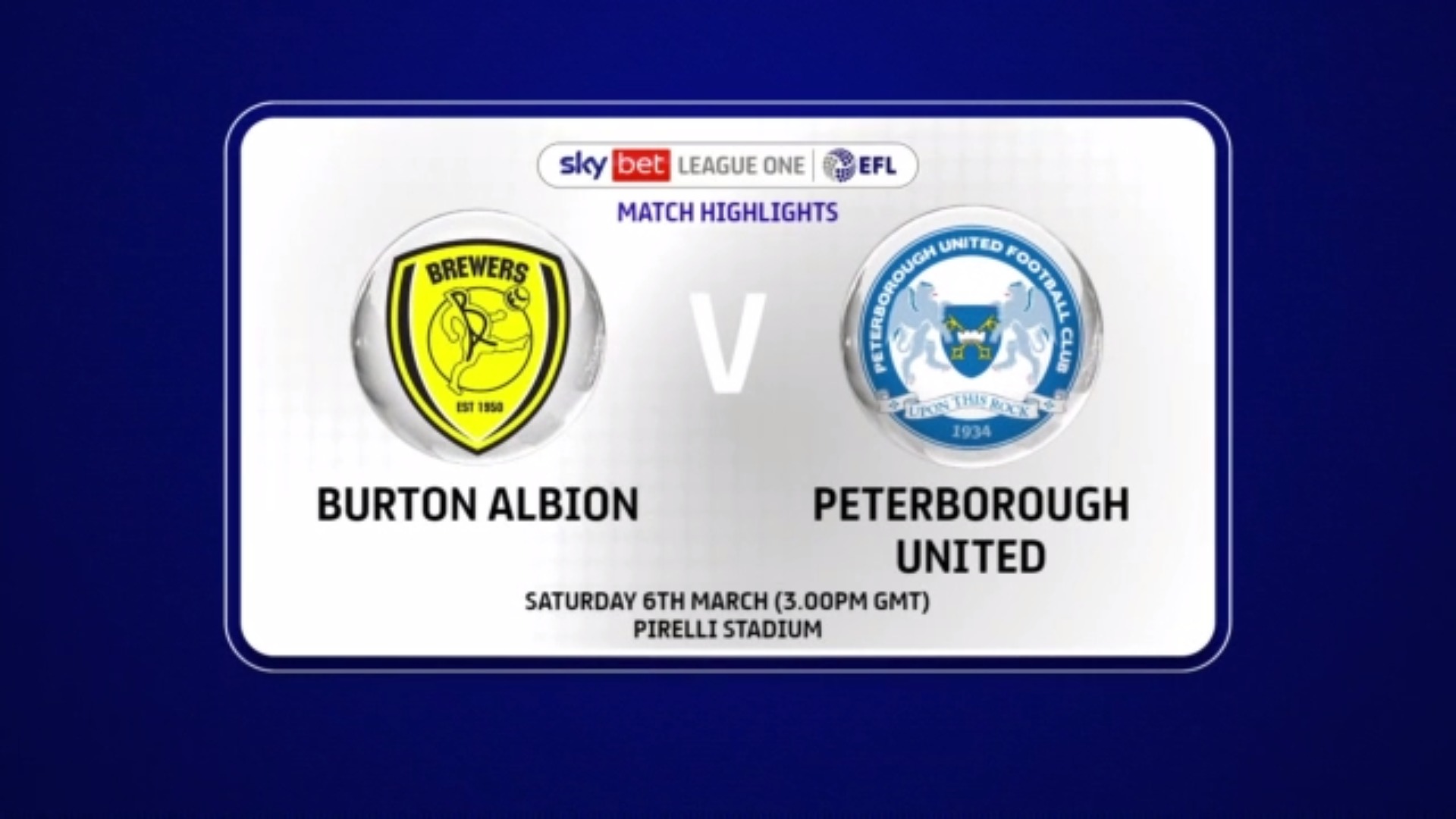 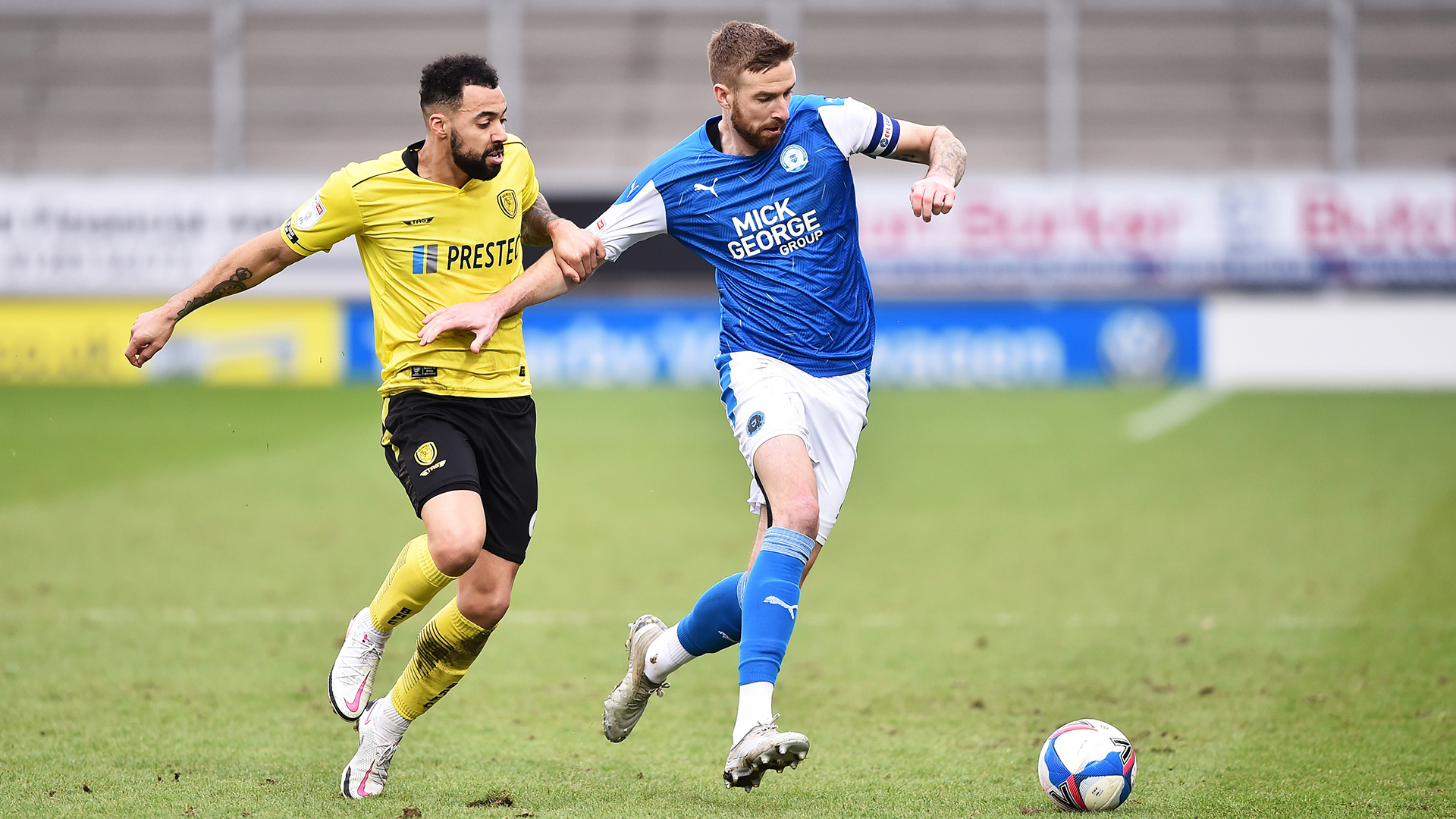