Although Sean Clare grabbed his first Burton goal to halve the deficit on the hour mark a stubborn Shrewsbury defence refused to yield in the final half hour to send Albion to a secon successive home defeat and leave the Brewers still seven points clear of the League One bottom four.

Main was credited with the opener on seven minutes as an awkwardly bouncing cross that took a deflection on its way in got to the near post and the striker wheeled away claiming a crucial touch that helped it loop over Ben Garratt.

Town went two up early in the second half when Chapman shinned a cross from the lively Nathanael Ogbeta to divert it beyond Garratt to leave Albion with a mountain to climb.

Jimmy Floyd Hasselbaink was boosted by the return to fitness of Michael Bostwick and he was straight back into the side at the expense of Terry Taylor who was away with the Wales under-21 side. Bostwick dropped in at centre back to resume his blossoming partnership with Hayden Carter freeing up Michael Mancienne to move forward into midfield. International call-ups for Kieran O'Hara and Josh Parker meant changes on the bench as well with Callum Hawkins and Ben Fox drafted into the eighteen.

Despite early pressure from Albion it was the visitors who hit the front on seven minutes in bizarre circumstances. Nathanael Ogbeta's cross deflected off Ryan Edwards as he closed down, the ball bouncing awkwardly inside the box with MAIN adjudged to have got the faintest of touches to help it past Ben Garratt.

Once in front the visitors proved to be a very durable and well organised side as Albion found chinks in their defence difficult to find and penetrate.

Albion's best chances seemed to be at set pieces and after a frustrating half where defences had been on top for long spells it was only late on that the Shrews goal came under real threat with Bostwick getting up well at the back post to meet a Jonny Smith free kick diverting it into the side netting before Sean Clare slide in on the edge of the six yard box to try and poke a loose ball home, Harry Burgoyne in the Shrews goal pouncing just in time to smother.

A relatively uneventful half in truth with little in the way of creativity for either side but Albion were in need of a response after the break.

Albion again built an early head of steam in the second half but were unable to call Burgoyne into serious action in the early exchanges.

And again Albion were caught with a sucker punch as Shrewsbury ventured forwards and again it was Ogbeta with the centre and this time CHAPMAN was there was send a volley past Garratt into the far corner.

Albion were back in it just before the hour. Bostwick played a delightful ball through the Shrews defence that invited Clare to drive into the middle and fire in and unstoppable rising drive.

Ryan Broom was thrown into action midway through the half in place of Jonny Smith who was having a quiet game by his standards.

Shrewsbury tried to work a third goal from a set piece on 79 minutes but Sean Goss' rising drive was always rising over the crossbar from just outside the box.

Albion went for a double change with eight to go, Joe Powell and Mike Fondop introduced to pep up the attacking options for the final push with Clare and Lucas Akins the men to make way.

Powell had half a chance to equalise in the first additional minute when a long throw from Hamer eventually came to him but his curling dipping effort juts cleared the crossbar. 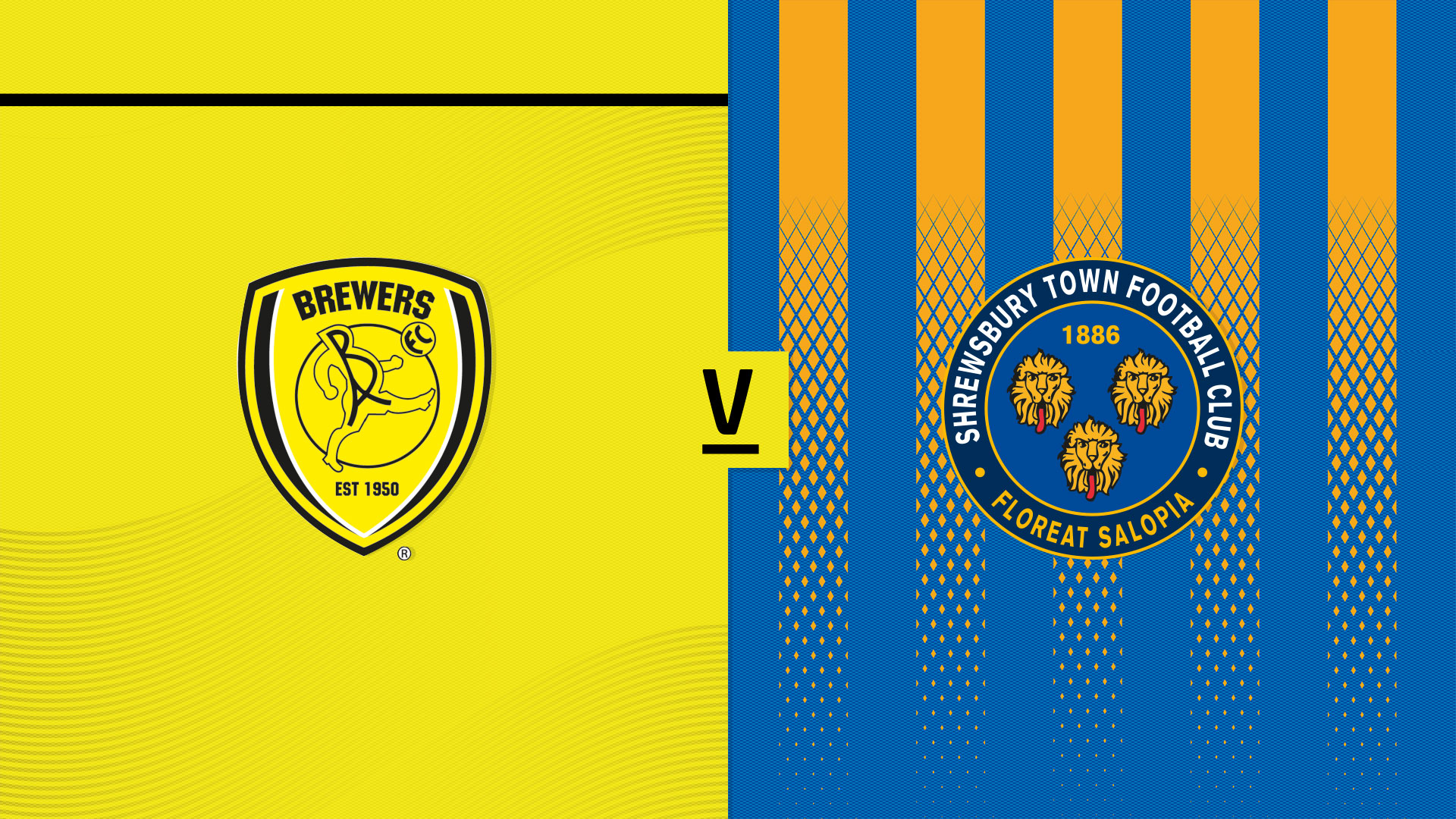 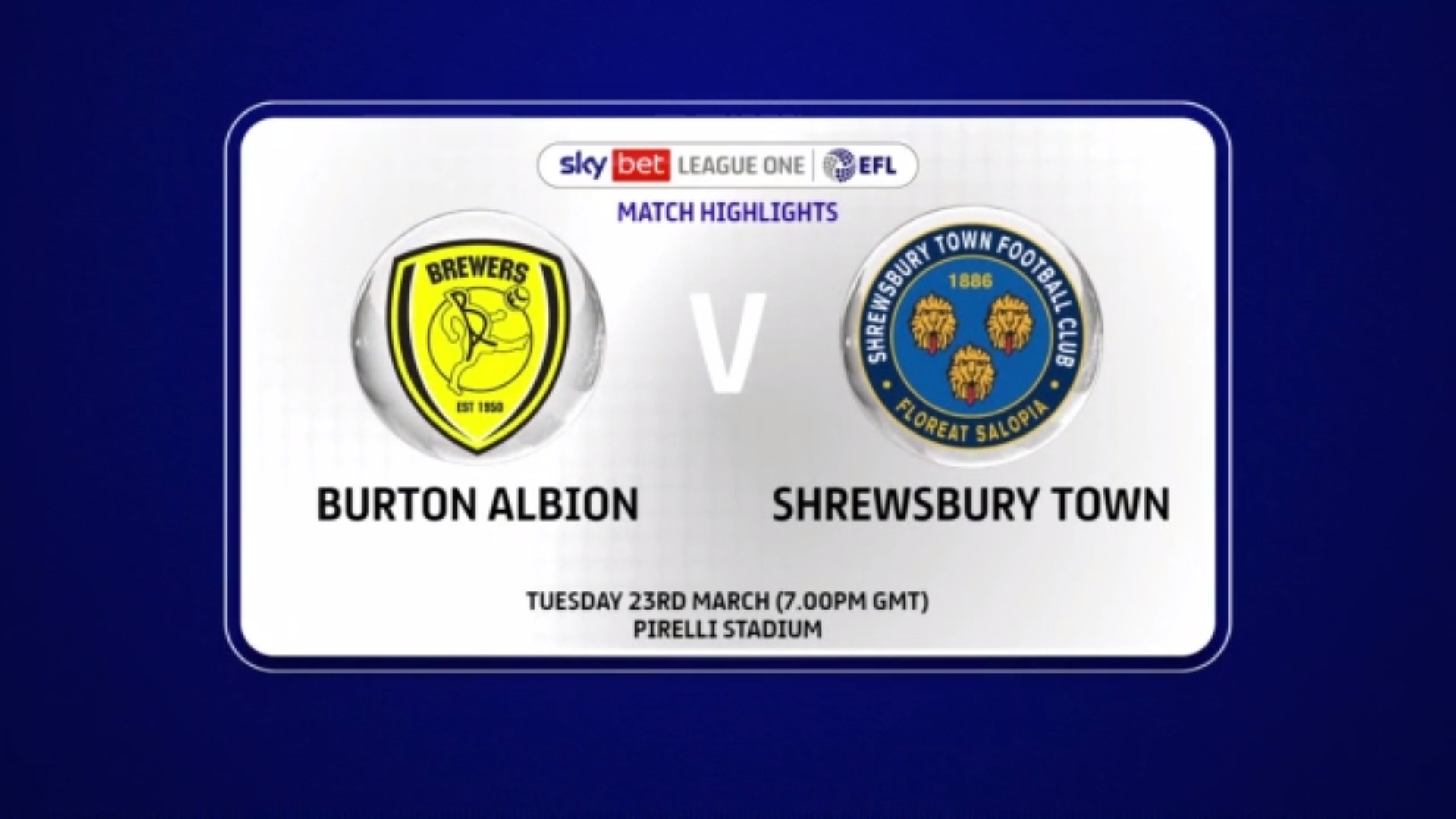 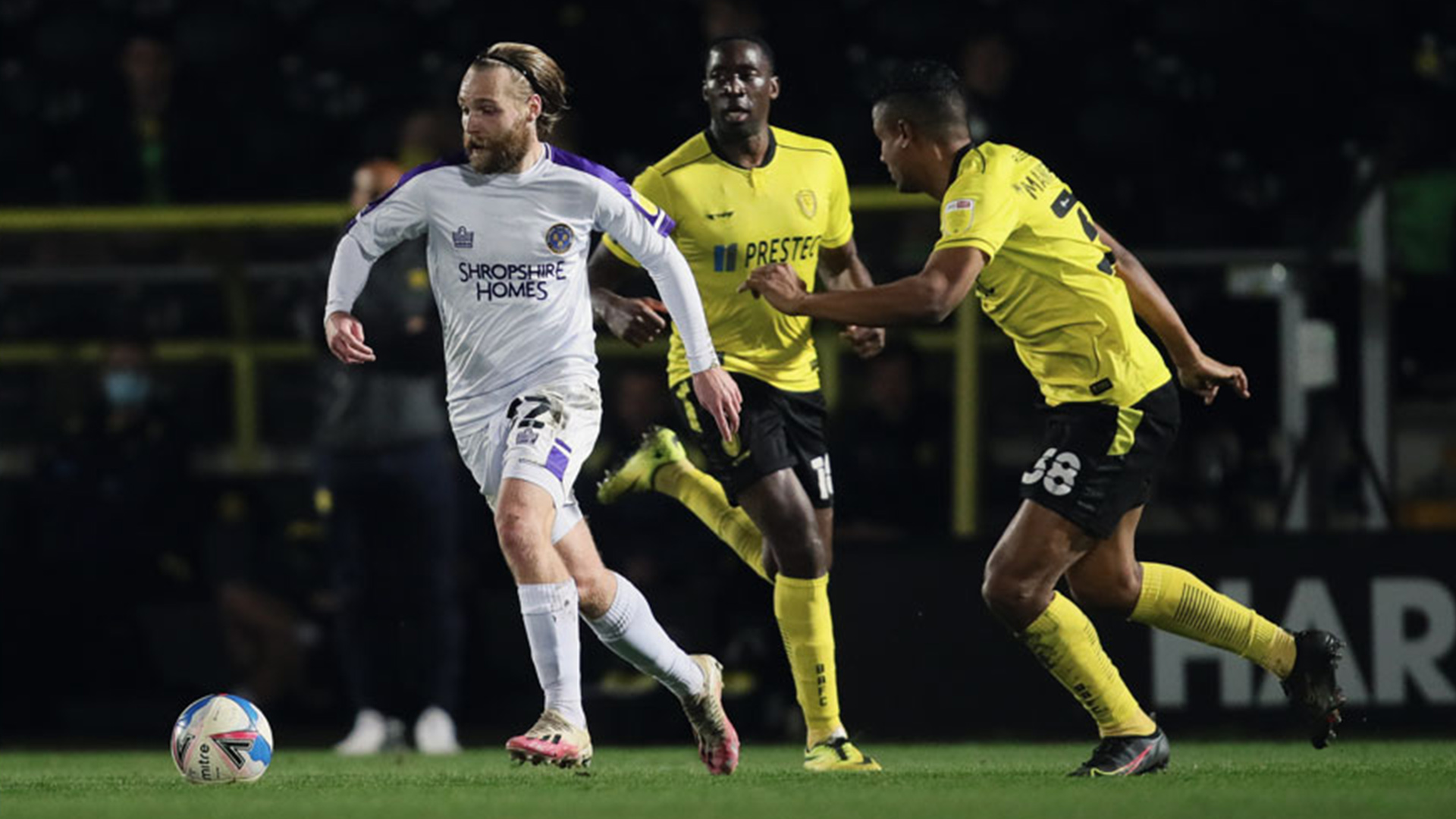