Harry Smith found space to glance home past Ben Garratt after Sam Hoskins had flicked on Alan Sheehan's second minute free kick and it was then a battle as Albion tried to get back on terms but conceded two second half goals from Smith and substitute Chris Lines as Town found themselves 3-0 up before a stoppage time penalty from Lucas AKINS reduced the arrears.

With players returning from COVID isolation boxx Jake Buxton had further options available to him for the visit of the Cobblers but in the end made just two changes. One was enforced with Sam Hughes serving his one match suspension following his red card at Hull City and having returned from the bench last week Michael Bostwick was given the nod in the centre of defence whilst at the other end of the pitch Lucas Akins returned with Steven Lawless dropping to the bench.

It could not have been a worse start for Albion as the visitors grabbed the lead in just the second minute. A free kick wide on the right was swung in by Alan Sheehan, flicked on inside the box by Sam Hoskins and glanced beyond Ben Garratt by SMITH.

Northampton could have been two up shortly afterwards as the ball was worked to Mark Marshall in space on the left but Ciaran Gilligan made sure he got in the way with a good block to prevent Garratt having to make a save.

Albion started to throw men forward and Jonathan Mitchell in the Town goal did well to cut out an Owen Gallacher cross before getting a little bit of fortune when a deflection in the defensive wall enabled him to deal with Neal Eardley's seemingly goalbound free kick.

Both sides struggled to create much in the way of free flowing football with too many wayward passes and hopeful balls leading to precious few chances on goal at either end.

Buxton rung the changes at half time with both Charles Vernam and Steven Lawless brought on to try and prompt a change in fortunes. Indiana Vassilev and Ryan Edwards the men to make way. Vernam almost instigated an immediate response intercepting Northampton's kick off to drive to the edge of the box and cross low into the centre, Akins just unable to prod the ball beyond Mitchell at the near post.

Northampton's response was to almost double their lead, Smith showing good control on the edge of the box to tee the ball up for Hoskins to drive a left footed effort just wide of the post.

Much as Albion tried to get forwards they were caught out when Jack Sowerby won back possession and immediately fed SMITH who managed to get to the ball ahead of the advancing Garratt and slip the ball past him and watching it trickle inside the post. A cruel blow to Albion's hopes.

And things conitnued to go against the Brewers as Niall Ennis got on the end of a loose ball inside the box and watched in frustration as it struck the post and cannoned across goal before being hacked clear by a Northampton defender.

With Gallacher clearly struggling with a knock Joe Powell was sent on resulting in a switch to three at the back.

The visitors capitalised on 81 minutes as Mark Marshall sent in a deep cross beyond the far post where substitute Chris Lines smashed the ball home to wrap up victory for the visitors.

The closing stages saw a debut for academy gradute Tom Hewlett as he replaced Ciaran Gilligan for the closing minutes.

Still looking for a crumb of consolation Vernam drove into the box in the last minute of normal time but could not keep his effort down.

Albion did get on the scoresheet in stoppage time when Fraser Horsfall handled inside the box giving AKINS the chance to fire home from the spot. 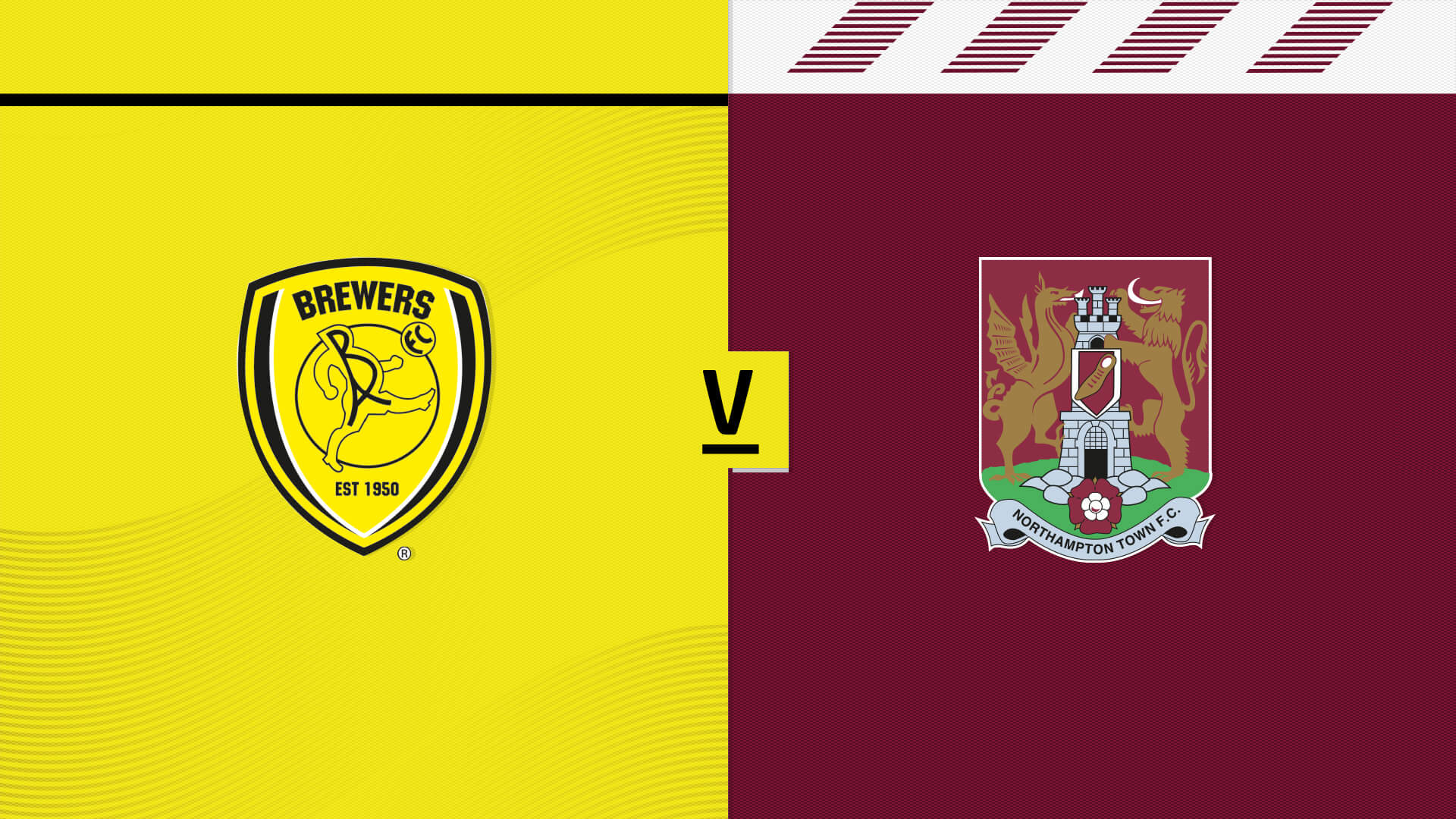 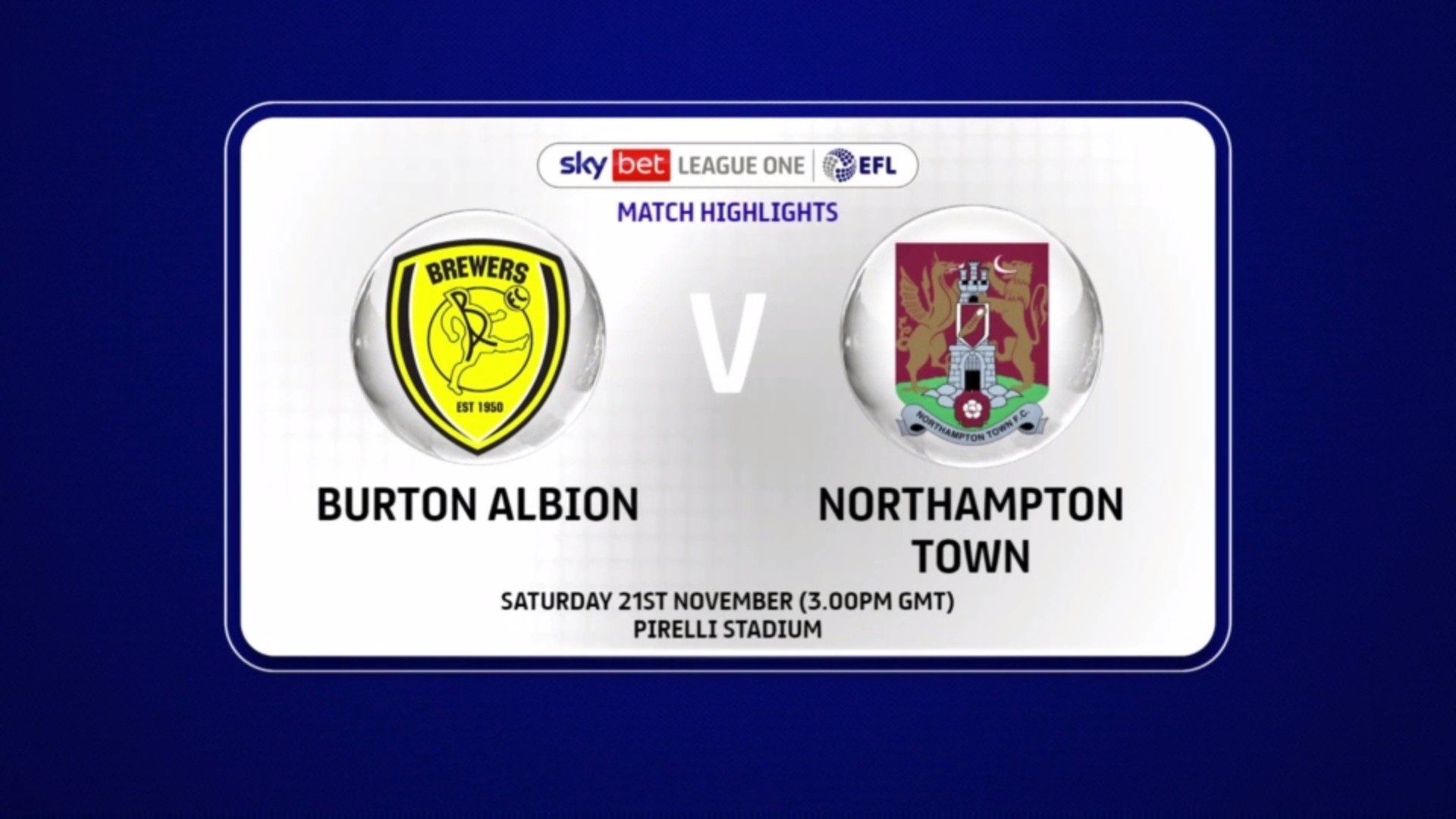 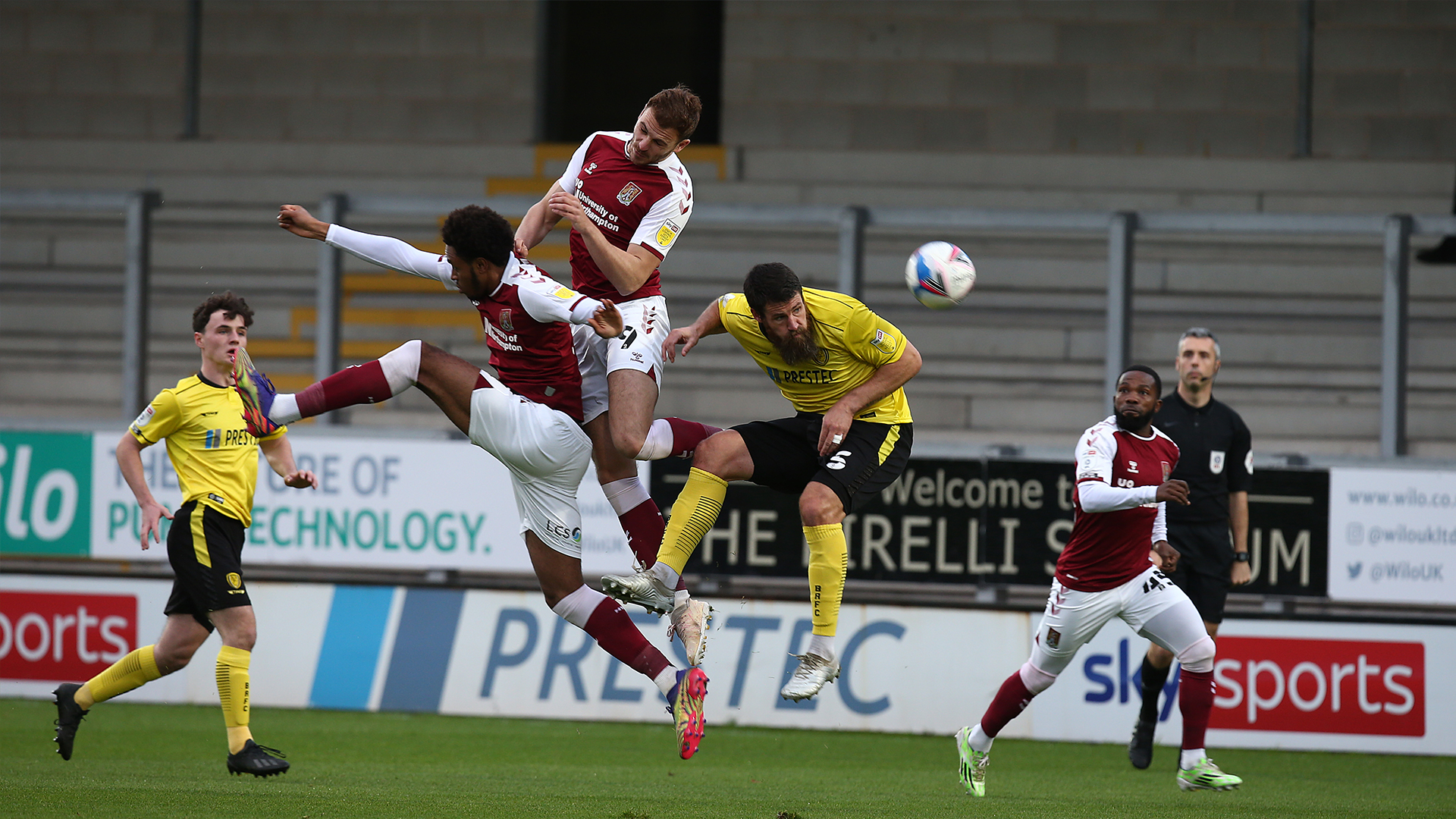