But the key talking point for the Brewers will be the debuts of no less than FOUR Academy products, three graduates and one scholar, in an entertaining spectacle in Peterborough.

Goals from Steven Lawless and Joe Powell, netting a brace, either side of the break saw Albion overturn a 2-0 deficit into a 3-2 advantage following early strikes from Flyne Clarke and Louis Reed.

A Niall Mason header made it 3-3 later on in the second half but despite a series of chances, neither side were able to score a fourth and it took a penalty shootout, with nine perfect penalties scored, to decide the extra point.

Sharman-Lowe is now on loan at the Pirelli Stadium after sealing a move to Champions League side Chelsea over the weekend, while Gilligan was handed a start after impressing through pre-season.

Tom Hewlett was named on the bench and would come on for Kane Hemmings in the second half, while first-year scholar Jakub Niemczyk was also introduced after the break.

Fellow graduate Ben Fox, Colin Daniel and Steven Lawless all made their first starts of the season as Ben Garratt, Lucas Akins, John Brayford, Stephen Quinn and Charles Vernam all made way.

The Brewers started well and had a glorious chance to take the lead with less than two minutes on the clock.

Daniel got into an advanced position down the left-hand side before putting a superb low cross across the face of goal. It was well left by Hemmings, heeding the call of Lawless, but the Scottish winger was slightly off-balance as he placed his effort over the crossbar.

From the goal kick, Peterborough built well and got their noses in front - CLARKE side-footing an effort home from 15 yards, squeezing it just underneath Sharman-Lowe.

Albion kept building with the industrious Hemmings working hard up front, the former Dundee man driving one long-range effort over the bar on 14 minutes, but for no reward.

The Posh would make it 2-0 in the 23rd minute - having been awarded a free-kick, left of centre and 25 yards out, REED stepped up to curl a fine effort to the top corner.

Albion were not deterred however and continued to produce neat passages of play going forward, with Powell also causing issues from set plays - former Posh player Bostwick and Wallace both heading over from Powell deliveries prior to the break.

The Brewers were rewarded for their pressure on the stroke of half-time, with some neat interplay on the edge of the box between Daniel, Kane Hemmings and Kieran Wallace ending with Daniel sending an inch-perfect low cross in and LAWLESS sliding in to convert at the back post.

Clearly boosted by that goal late in the first-half, the Brewers pushed at the start of the second to restore parity and did so in fine fashion after Wallace won a free kick 18 yards from the byline, on the left channel.

POWELL weighed up his options and saw keeper Daniel Gyollai off his line, sending a curled effort to the near post and catching the Posh stopper out, finding the goal from the acute angle.

And it was 3-2 three minutes later, POWELL again curling home, this time from the edge of the box after fine work from Hemmings. The striker won possession 25 yards out in a sliding challenge before squaring unselfishly for Powell to finish first-time.

Sharman-Lowe was tested through the second half and made several fine saves but Albion went closest with two minutes of regular time to play, Wallace’s fine cross finding Hewlett, who flicked his header from a very tight angle narrowly wide of the near post, the keeper beaten.

And so it went to penalties for the second time in four days, following our Carabao Cup win over Accrington Stanley. Nine perfect penalties were taken but Gyollai's good save on the 10th secured an extra point for the Posh.

Attentions now turn to Fleetwood, as we travel north to take on the Cod Army and begin our Sky Bet League One season, on Saturday. 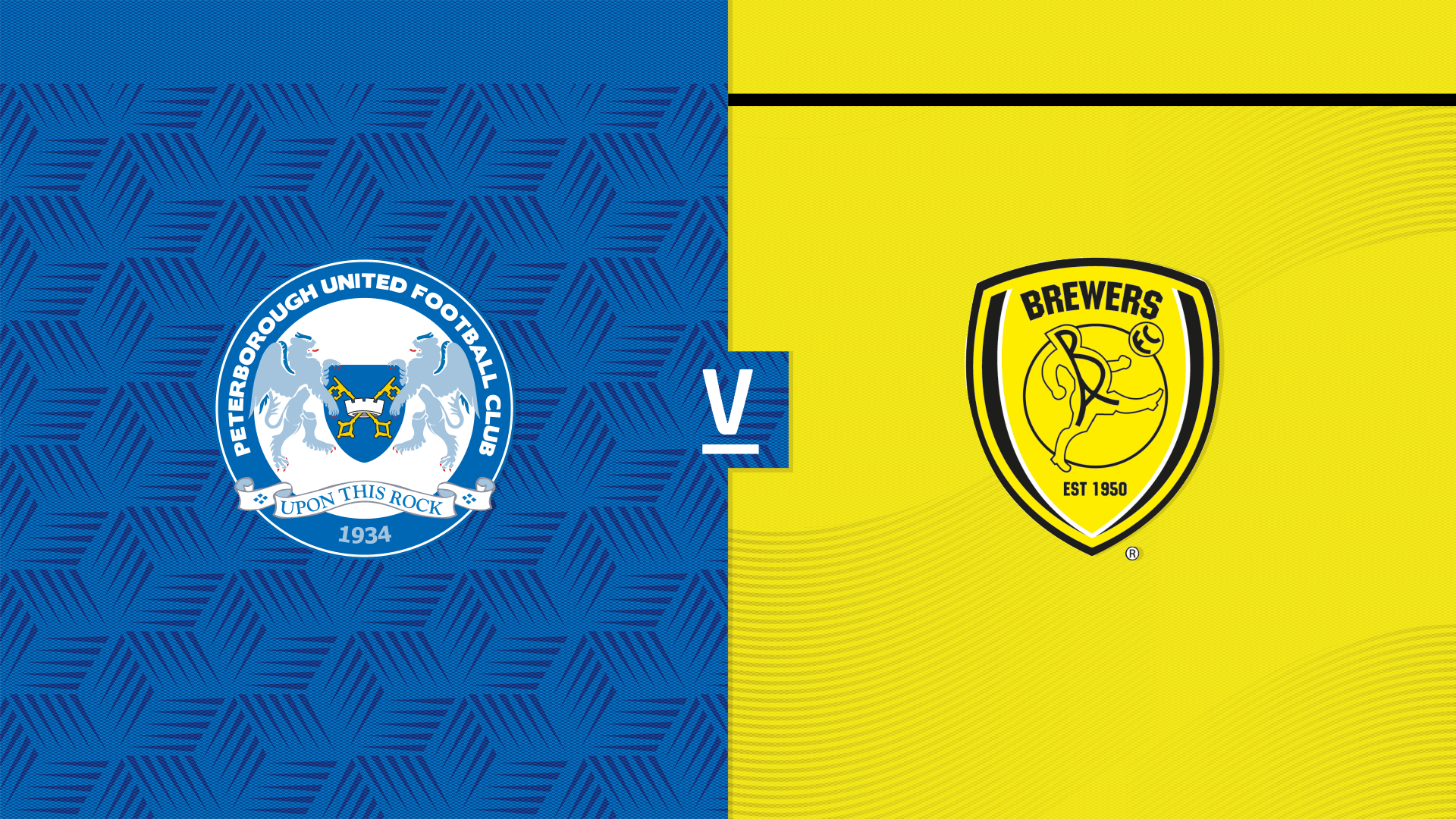 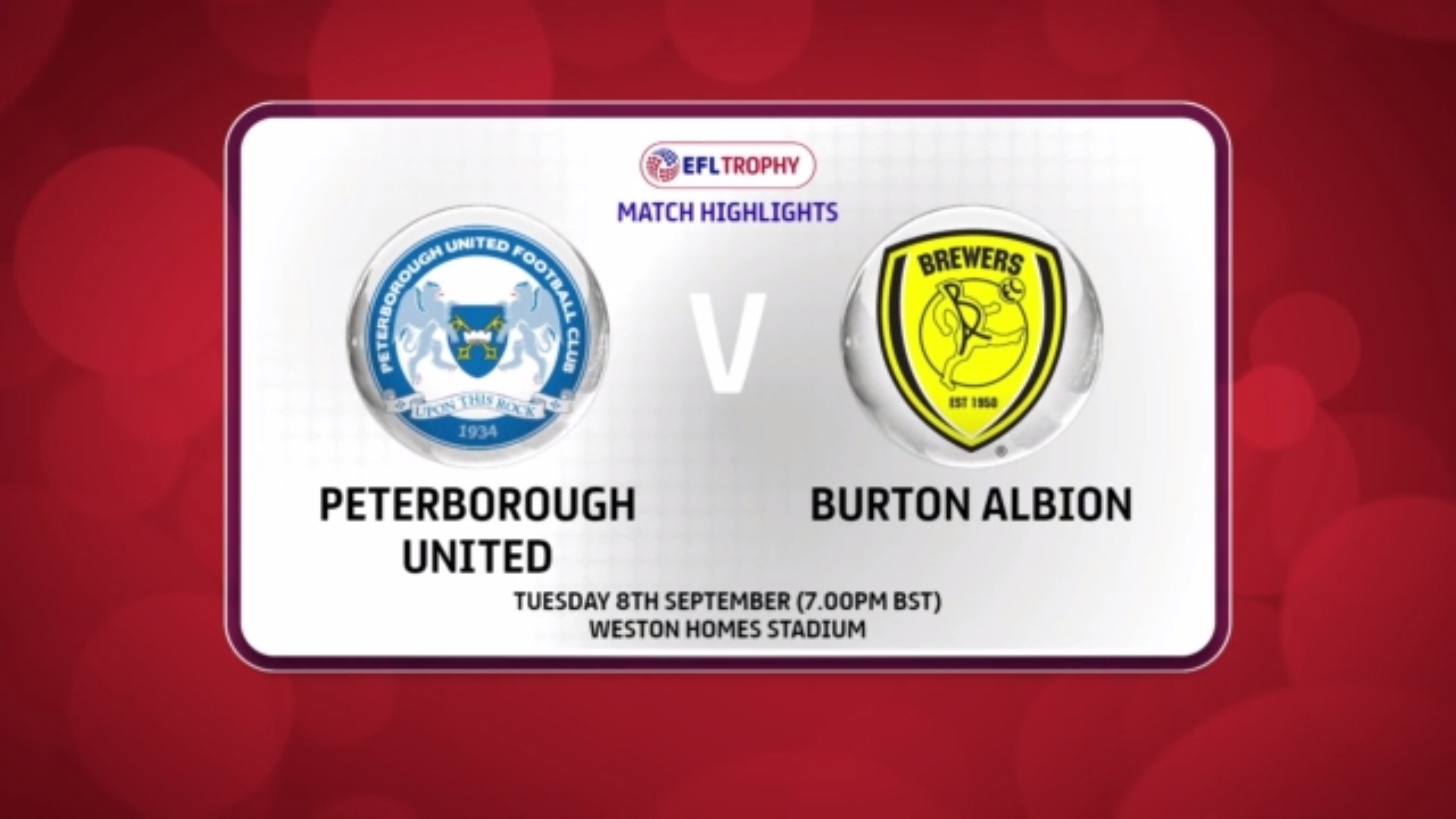 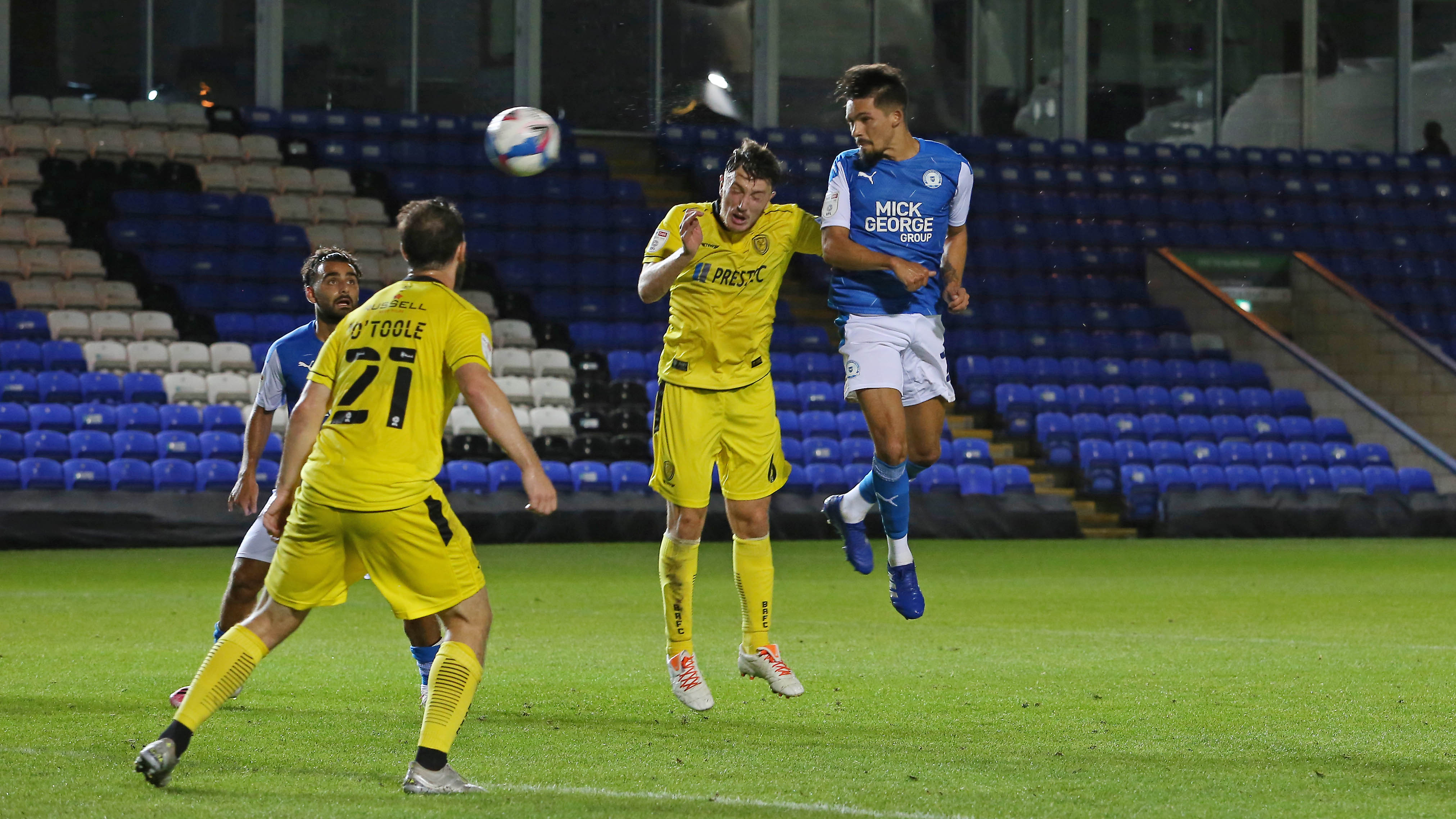