BURTON Albion suffered a 4-2 defeat away at Swindon Town in our third Sky Bet League One game of the season.

Goals from Jordan Stevens, Brett Pitman, Mathieu Baudry and Jonny Smith secured victory for the hosts at the County Ground, despite goals from Stephen Quinn and Lucas Akins for Albion.

The Brewers went with the same squad that beat Accrington Stanley 2-1 a week prior, naming an unchanged starting XI within that.

It meant goalkeeper Ben Garratt continued in goal and the Brewers stopper was called into making a fine save after just five minutes, Jack Payne driving a low effort at goal that Garratt kept out well with his legs.

The hosts were pressing well in the opening stages and needed just seven minues to break the deadlock. STEVENS won possession in the middle of the park and was then found by Payne with a neat through ball, striding into the box and finishing well from 18 yards.

Albion were handed further warnings in the next five minutes as Pitman and Matt Smith both went close, hitting efforts wide and prevented by a fine save from Garratt respectively.

The Brewers began to find their feet from there and very nearly equalised on 15 minutes, Quinn finding Lucas Akins with a neat through ball and Akins rounding keeper Matej Kovar, only for the keeper to recover just in time and get a hand to the shot to turn it into the side-netting.

Steven Lawless came close three minutes later, showing neat feet and cutting in from the right to the corner of the box, but driving a low effort wide of the near post.

But it would be the hosts who got on the scoresheet next on the half-hour, PITMAN finishing from 12 yards after a neat cut-back into the box, while BAUDRY made it 3-0 five minutes later with a powerful header from a corner.

But hopes of a potential comeback were raised on 40 minutes. Powell's corner was headed out to the edge of the box where QUINN was waiting. The experienced Irishman took a touch before driving a superb effort from 25 yards to the bottom-left corner, leaving Kovar no chance.

The opening stages of the second half drew few chances and Swindon would regain their three-goal lead on the hour - JONNY SMITH slotting the ball past Garratt after a neat ball into the box.

Albion would pull another one back with 13 to play - AKINS burying a header from close range after a fine run and cross from Colin Daniel.

And Akins was hugely unfortunate not to make it 4-3 moments later - Powell's whipped free kick flicked on by Albion's longest-serving player, but it bounced off the far post and into the arms of the fortunate Swindon keeper.

From there Swindon were able to see the game out and the Brewers were consigned to a second league defeat of the season. 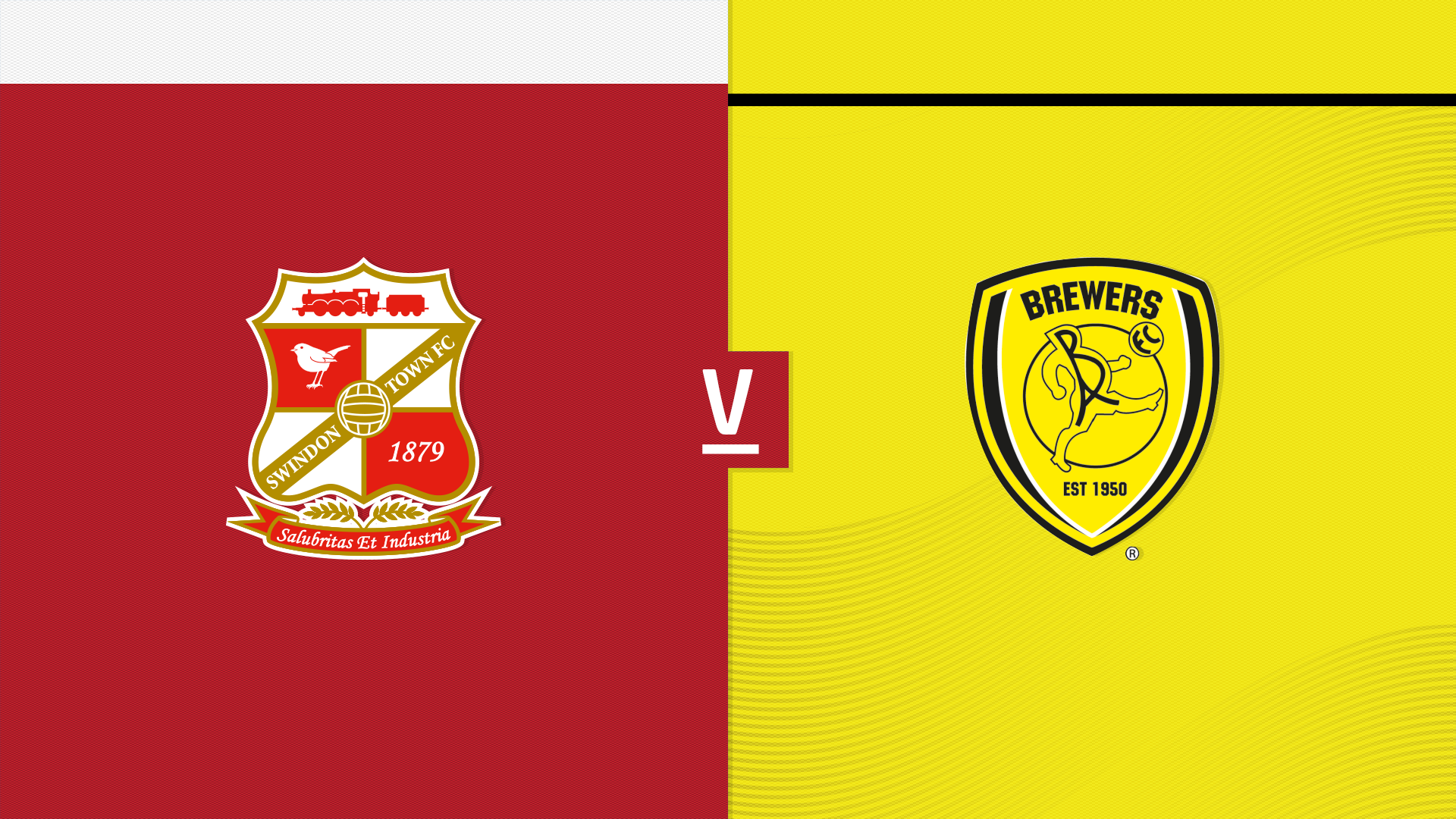 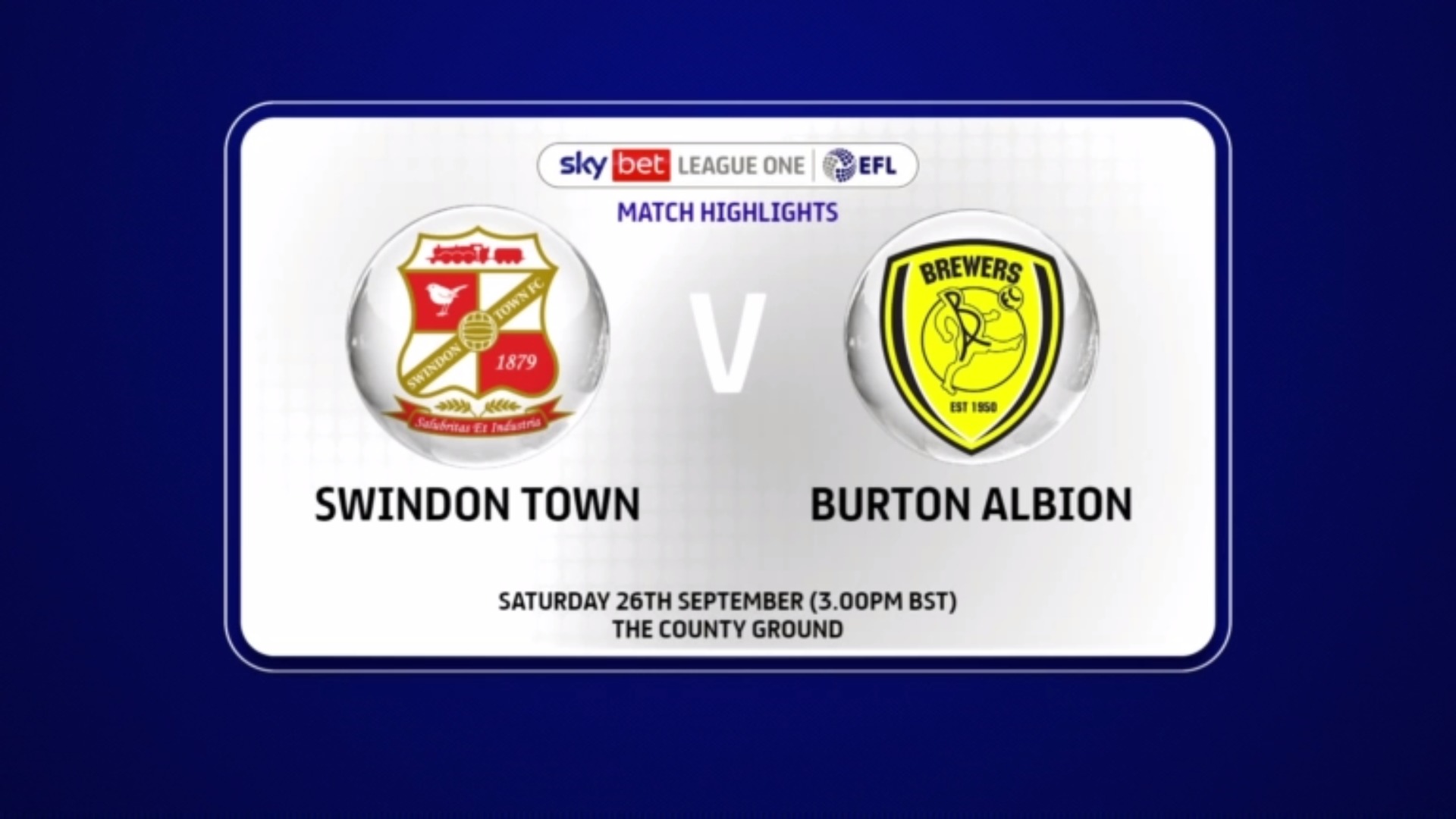 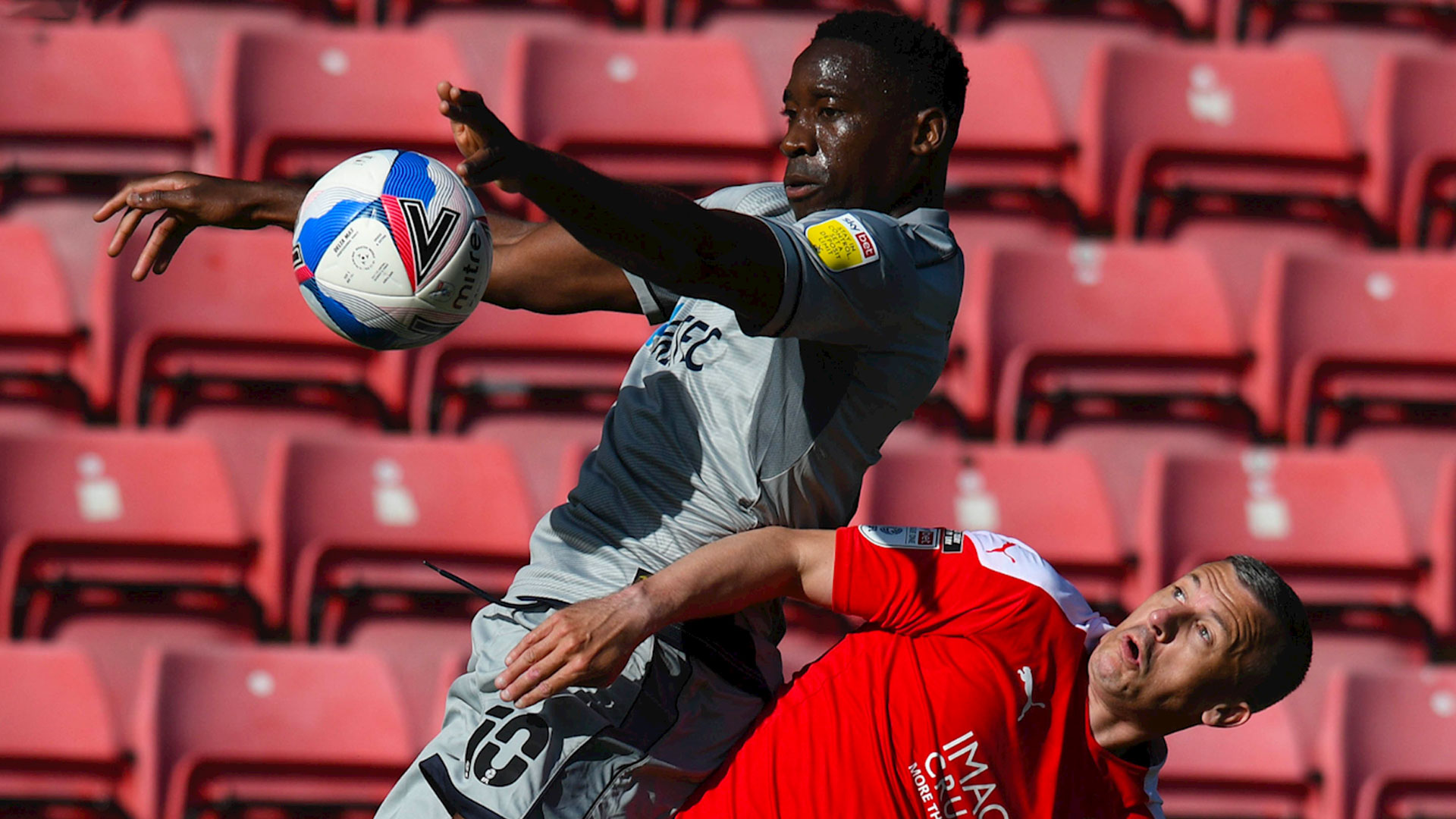