After Borthwick-Jackson put Albion ahead early on the Brewers grew in confidence and although Rotherham had periods of pressure the Burton back line repelled everything that the Millers could throw at them and Brayford put the seal on an impressive victory with a typically powerful header from a set piece to double the advantage which the Brewers defence were in no mood to surrender.

For Albion's penultimate home game of the season it was an unchanged line-up from the game at Accrington on Good Friday. The only change in the eighteen was the return of Conor Shaughnessy to the substitutes bench having served his three match suspension, Ryan Leak the man to drop out of the squad.

And the long wait for a Brewers goal wsa ended after just three minutes as BORTHWICK-JACKSON pounced from close range to prod home after Tom Hamer's long throw was nodded on by Sam Hughes and fell nicely inside the six yard box.

Rotherham looked for an immediate response and only a good block at close quarters denied Ben Wiles with Ollie Rathbone only able to divert the loose ball onto the roof of the net. And as the visitors maintained the pressure Jamie Lindsay was afforded too much space on the edge of the box and he forced Matej Kovar to leap to his left to catch the curling shot.

A rare slip by Kovar on 12 minutes when he lost grasp of the ball under pressure offered Rotherham another opportunity but defender Rarmani Edmonds-Green could only poke the ball over the ball.

Midway through the half and Albion really ought to have doubled their lead. Credit to Rotherham keeper Viktor Johansson for an excellent save though to deny Niasse at close range when he was picked out in the middle by a glorious pass from Harry Chapman.

And Niasse almost returned the favour shortly afterwards with a pacy run down the right, his cross aimed for Chapman but hastily hacked clear inside the six yard box. From the corner the ball fell nicely for Will Kokolo on the edge of the box but his drilled effort through a crowded penalty area was straight into the arms of Johansson.

Rotherham fans thought they had equalised on 34 minutes when a searching cross from the left found the head of leading scorer Michael Smith but although his header was firm it was comfortably within reach for Kovar who clutched the ball as it came to him.

The Millers had made two substitutions before forty minutes were up. Tricky winger Jordo Osei-Tutu was forced off with injury with Shane Ferguson a straight swap but Paul Warne, concerned with what he had seen so far threw on Freddie Ladapo up front to replace midfielder Dan Barlaser.

A msemerising run from Chapman brought Albion a free kick just outside the box but Joe Powell's effort was curled straight to Johansson at his near post.

Try as they might, Rotherham could not force an equaliser as Albion stood firm up to the break.

Rotherham made their final change at the break with substitute Ferguson replaced by skipper Richard Wood.

Kokolo was inches off target with a thunderous volley on 48 minutes as Albion attacked with fervour at the start of the second period.

Wood was quickly in referee Tom Reeves book for a cynical foul on Niasse on halfway after he had released Chapman through on goal but again Johansson came to the rescue with a sprawling save.

Chapman took a knock in that chance and was quickly replaced by Christian Saydee joining Niasse in attack.

Saydee immediately made himself busy and a thunderous angled effort was blocked by Johansson at his near post although the keeper didnt appear to know much about it.

Albion needed a second goal to give them a bit of breathing space and it duly arrived on 69 minutes, BRAYFORD with a typically powerful header to send Powell's free kick beyond Johansson. The keeper may have got hands on it but there was too much power on it to keep it out.

A swift counter from Albion four minutes later found Oshilaja joining in the attack and when the ball came to Powell he was surrounded by defenders but tried a back heel that rippled the side netting.

Kovar showed excellent keeping skills again on 77 minutes when Smith tried to turn provider and picked out Wiles at the back post but again the Brewers stopper was equal to the task.

Borthwick-Jackson spurned a good opportunity to put the game to bed and bag his second of the eveningwith a little over ten to play. A sweeping move up the field found him on the edge of the box on the end of Hamer's cross but a bobble made it sit up as he blazed over the bar.

Rotherham finally got their lightning winger Chiedozie Ogbene running around the edge of the area and when he cut inside he had a sight of goal but Kovar, once again was not to be passed.

Rotherham built up a late head of steam to try and create a grandstand finish, Smith crashing a shot against the post and when Oshilaja threw himself in front of a shot from Wiles the celebration between himself and Kovar at preserving the clean sheet was eveident and summed up the mood in the Burton camp. 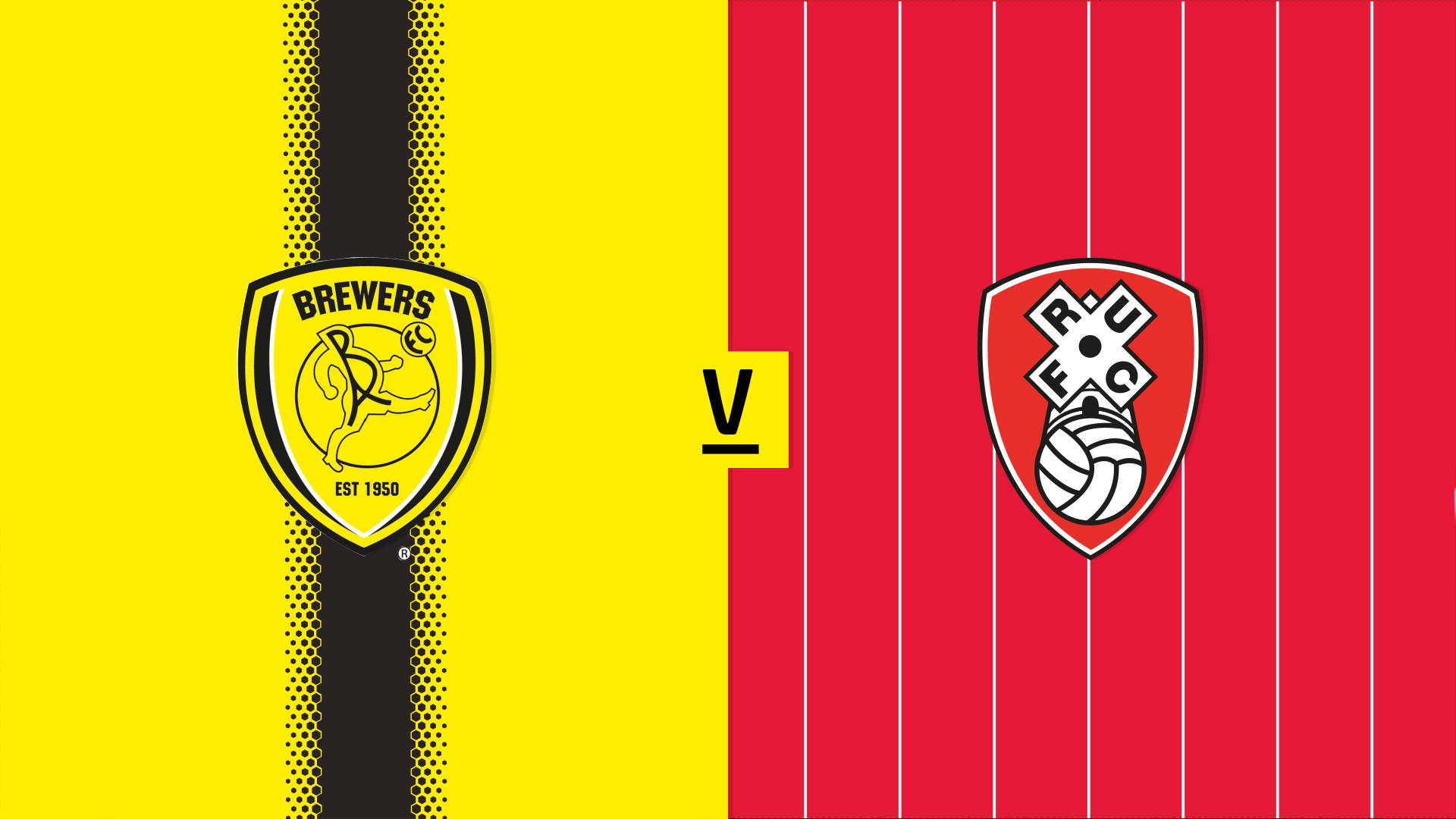 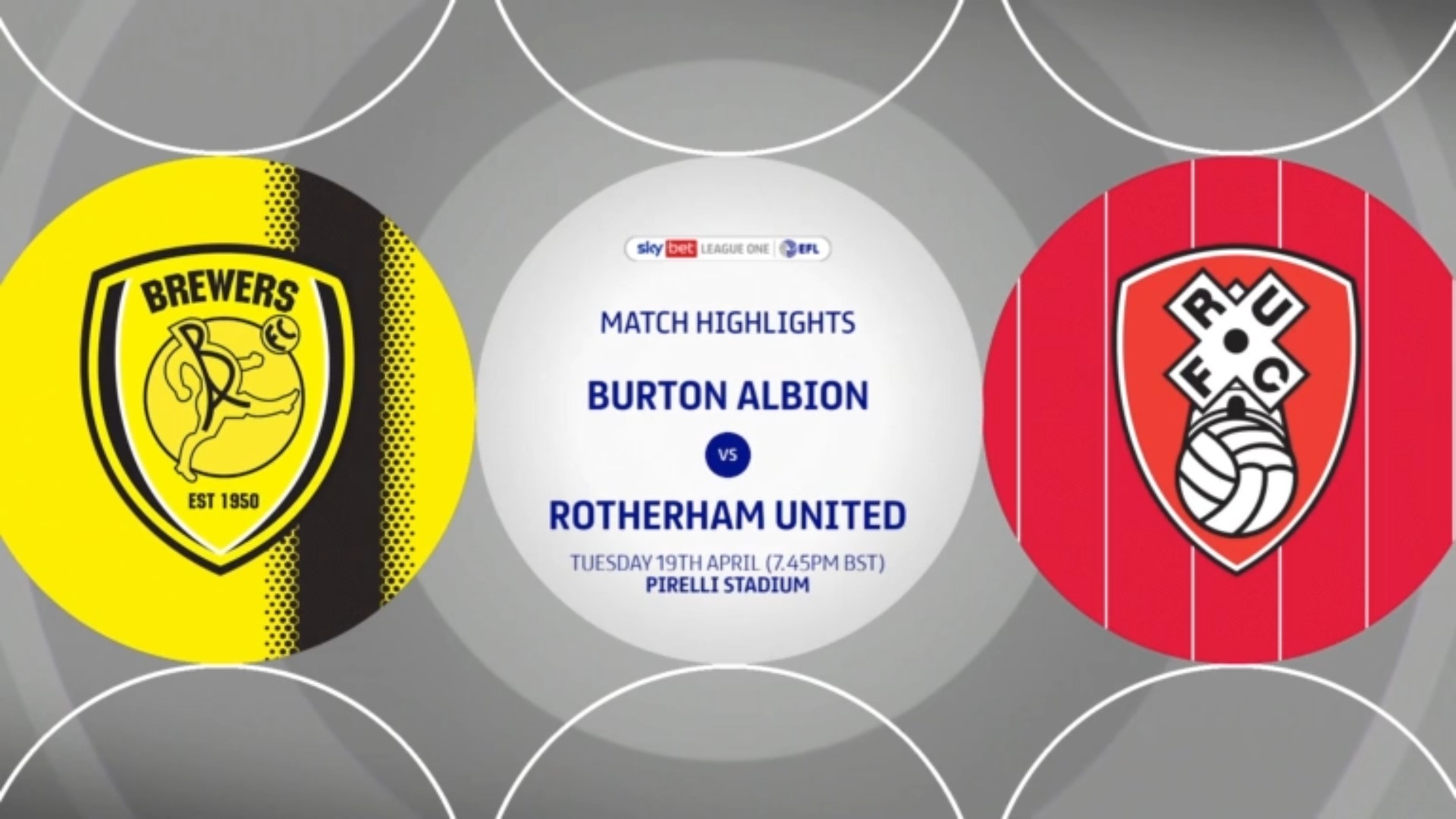 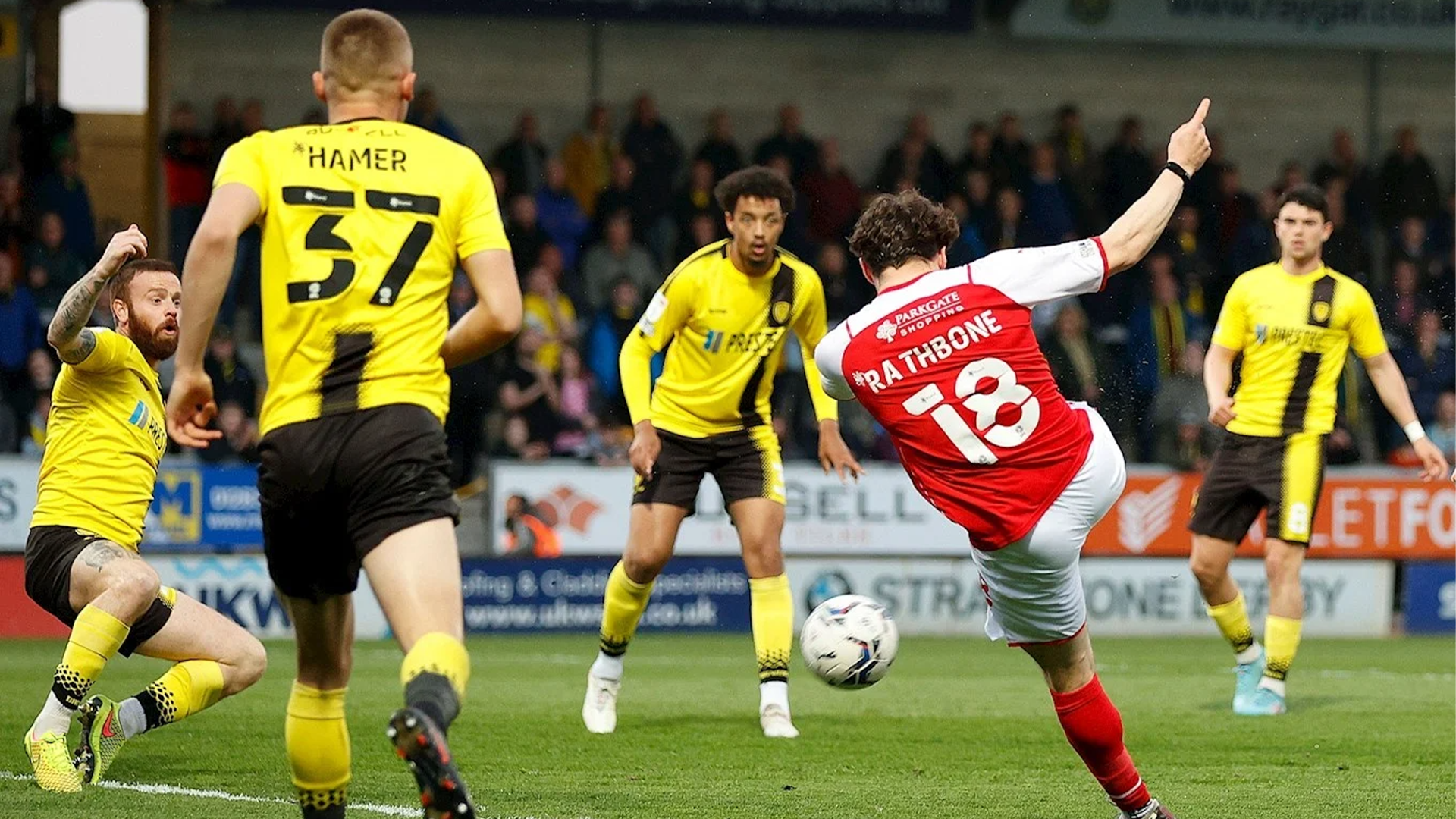