BURTON Albion travel to South-Yorkshire for the club’s final away match of the 2021/22 campaign to take on Doncaster Rovers at the Eco-Power Stadium (3pm kick-off).

The Brewers come into the game off the back of an impressive 2-0 home victory over promotion chasing Rotherham United on Tuesday. The win was also a fourth consecutive clean sheet Albion have kept in the league, having drawn the previous three games 0-0.

Doncaster welcome the Brewers after drawing their previous game 3-3 away at Shrewsbury last Monday night - coming from three goals down at the break to take a point with a last-minute equaliser. With Rovers currently 23rd in Sky Bet League One, anything other than a win for the home side will see them relegated to League Two for the first time since 2016/17.

The two sides share an identical record when it comes to competitive head-to-head fixtures with both sides earning four wins each and drawing the other four.

The last meeting between the two came in November 2021 in the reverse fixture at the Pirelli Stadium. The Brewers put on a dominant display and secured a 2-0 victory with goals from Tom O’Connor and Daniel Jebbison.

There a no fresh injury concerns for the Burton Albion side heading into the match, confirmed manager Jimmy Floyd Hasselbaink today.

Doncaster manager Gary McSheffrey confirmed there are a couple of illnesses throughout the squad since the last game and admits his side could be without Tommy Rowe for tomorrow’s match.

Will Finnie will be the referee for tomorrow’s fixture at Doncaster who will be assisted by David Avent and Chris Isherwood. The Fourth Official will be Wayne Grunnil.

Finnie has shown 76 yellow cards and four reds so far this season.

Tickets for tomorrow’s game are available to purchase on the gate tomorrow.

As this game falls within the UEFA broadcasting restrictions window, it is not available to live stream in the UK and Ireland, but you can buy an audio-only pass for £2.50 with commentary from BBC Radio Derby. CLICK HERE TO PURCHASE.

Fans based internationally will be able to live-stream the game as normal.

In a game that had an end of season feel to it for much of the ninety minutes Albion had the better of much of the first half and after having early shouts for a penalty turned away were eventually awarded a spot kick when skipper John Brayford was wrestled to the ground at a corner but Gassan Ahadme was unable to beat Jonathan Mitchell in the Rovers goal from the spot.

Albion were then hit by a sucker punch when Joe Dodoo broke Albion's run of clean sheets with a close range header and when Josh Martin doubled the hosts advantage late in the second half any chances of a fifth away win of the season evaporated.

For the trip to the Eco-Power Stadium there was just one change as Albion played out their final away fixture of the season. Oumar Niasse dropped down to the bench as Ahadme was given the chance to impress in attack alongside Harry Chapman, the on-loan Blackburn attacker overcoming a dead leg picked up in Tuesday's win over Rotherham.

After Doncaster bossed most of the early possession it was Albion who began to get on top in a rather tame opening quarter of an hour. Albion then won a corner delivered by Chapman and amidst a scramble in the box the Rovers defence just about held firm to prevent the Brewers moving in front.

Play quickly switched to the other end where a loose pass from Joe Powell enabled Rovers to move the ball to Martin whose shot was deflected for a first home orner of the afternoon although Albion dealt with it relatively comfortably.

A lovely move engineered by Chapman saw Powell and Kokolo combine on the left with the former set up for an angled drive that was deflected wide of the post for another Albion corner. Albion then worked a three on three situation when Rovers carelessly gave the ball away but Powell's final pass could not quite pick out Ahadme at the far post.

Ahadme thought he should have had a penalty when he closed down Mitchell and appeared to be caught by the stopper as he went to clear the ball. Referee Will Finnie, however, was having none of the Burton claims.

Albion continued to look the more assertive and threatening and Ahadme was inches from a goal when he headed Hamer's chipped cross towards the corner with a defender juts getting something on it to force it wide of the post. From the resulting corner Doncaster's continued pulling at corners was penalised when Knoyle pulled Brayford to the ground but Ahadme's spot-kick was saved by Mitchell.

And it proved a costly miss as Doncaster with a rare foray forwards opened the scoring on 36 minutes as DODOO got up at the back post to head inside the post from a deep cross by Knoyle.

Burton had an early second half chance to get on the scoresheet when a long free kick picked out Chapman and only the outstretched leg of Joseph Oluwu denied him inside the box. And it was Albion who continues to press as Rovers continued to give the ball away in dangerous areas, resulting in one corner that Chapman and Powell combined on for the latter to drive an angled shot from the edge of the box juts wide of the target.

With the hour mark just passed it was a double change for Burton that saw Michael Mancienne replaced by Christian Saydee and Ahadme come off for Niasse as attack became the primary focuse for the remaining half an hour of the game.

Niasse quickly forced an error in the Rovers defence but never properly got the ball under his control as he lashed a low shot wide on 67 minutes.

Saydee also went close with a low angled drive that could not have missed the post by much as he continued to search for his first Brewers goal.

As the game got more stretched Donny had the chance of a counter attack with threre on two and Martin was played in down the left channel, John Brayford getting a half block on the shot to make it easy for Kovar to gather.

But for all Albion's probing and attacking it was Rovers who scored a second on 75 minutes as Albion squandered possession on half way allowing the home side to counter and MARTIN was in behind the defence, rounding Kovar and slotting into the empty net.

With the game meandering towards a tame end Saydee threatened to make it a close finish with a rasping shot in the dying moments after Charlie Lakin had come on as Albion's final substitution of the afternoon.

But even despite six minutes of added time Albion could not muster as much as a consolation and they will be looking for a positive end to the season in front of the Pirelli Stadium next week as the season draws to a close. 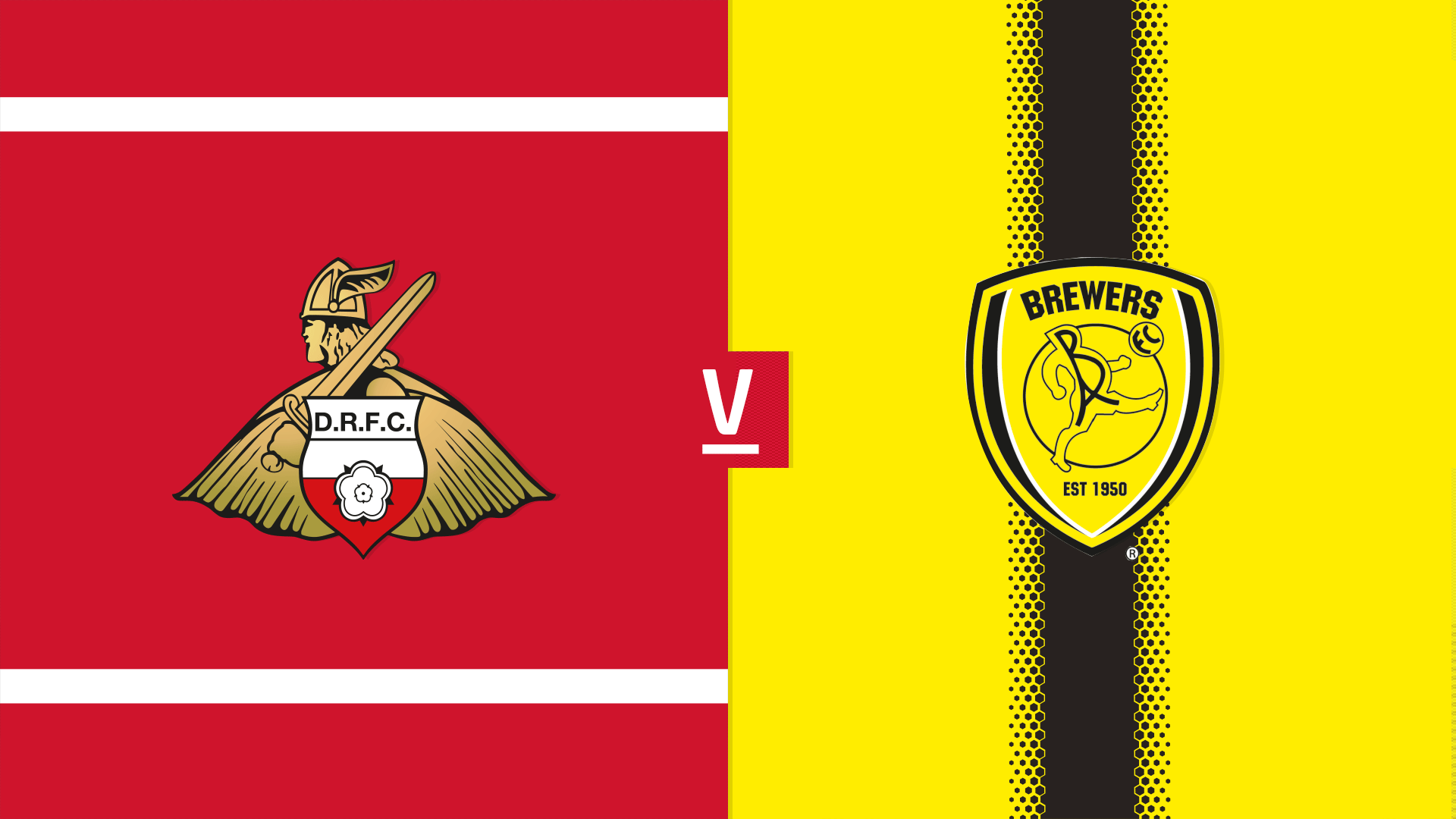 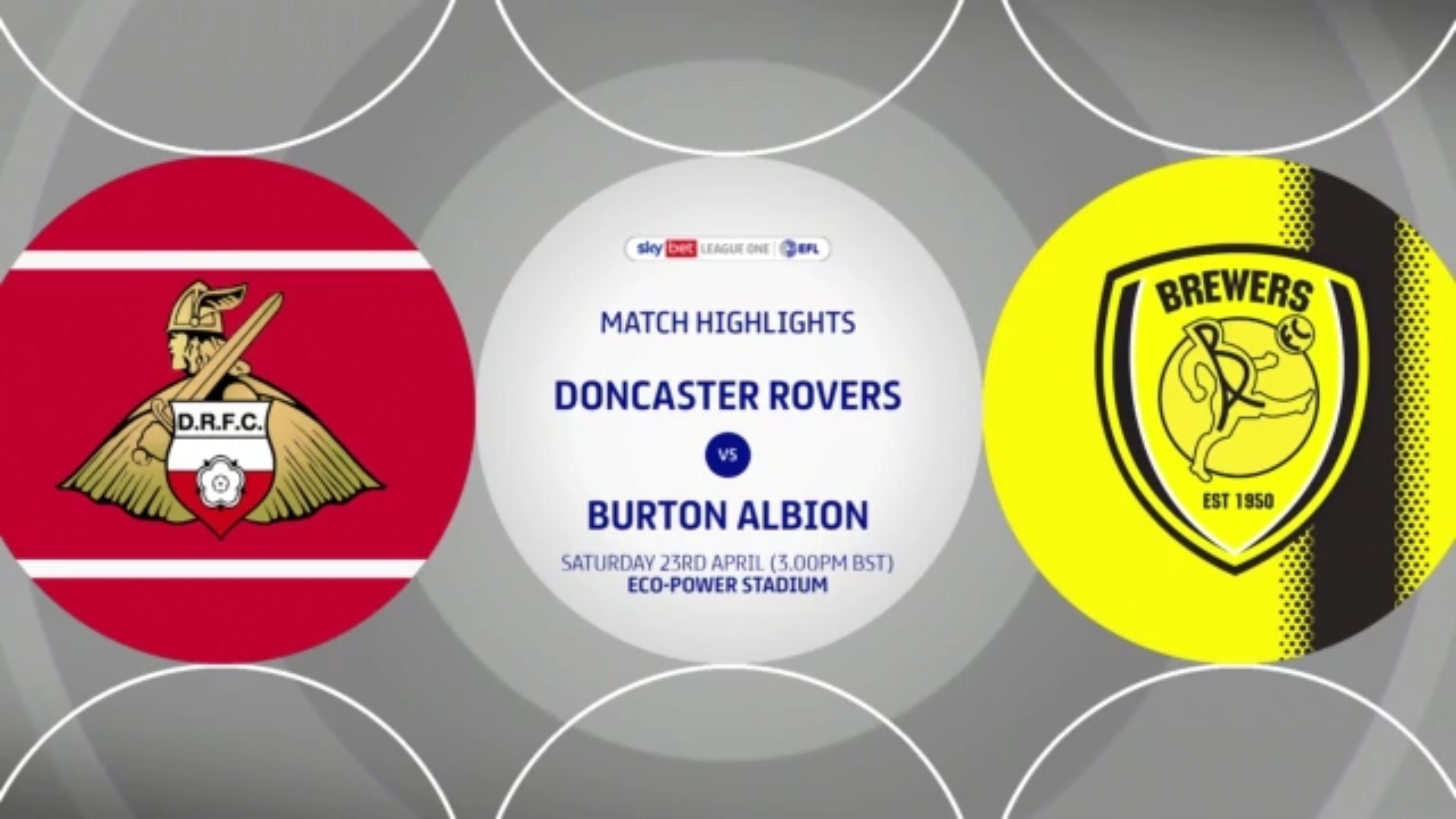 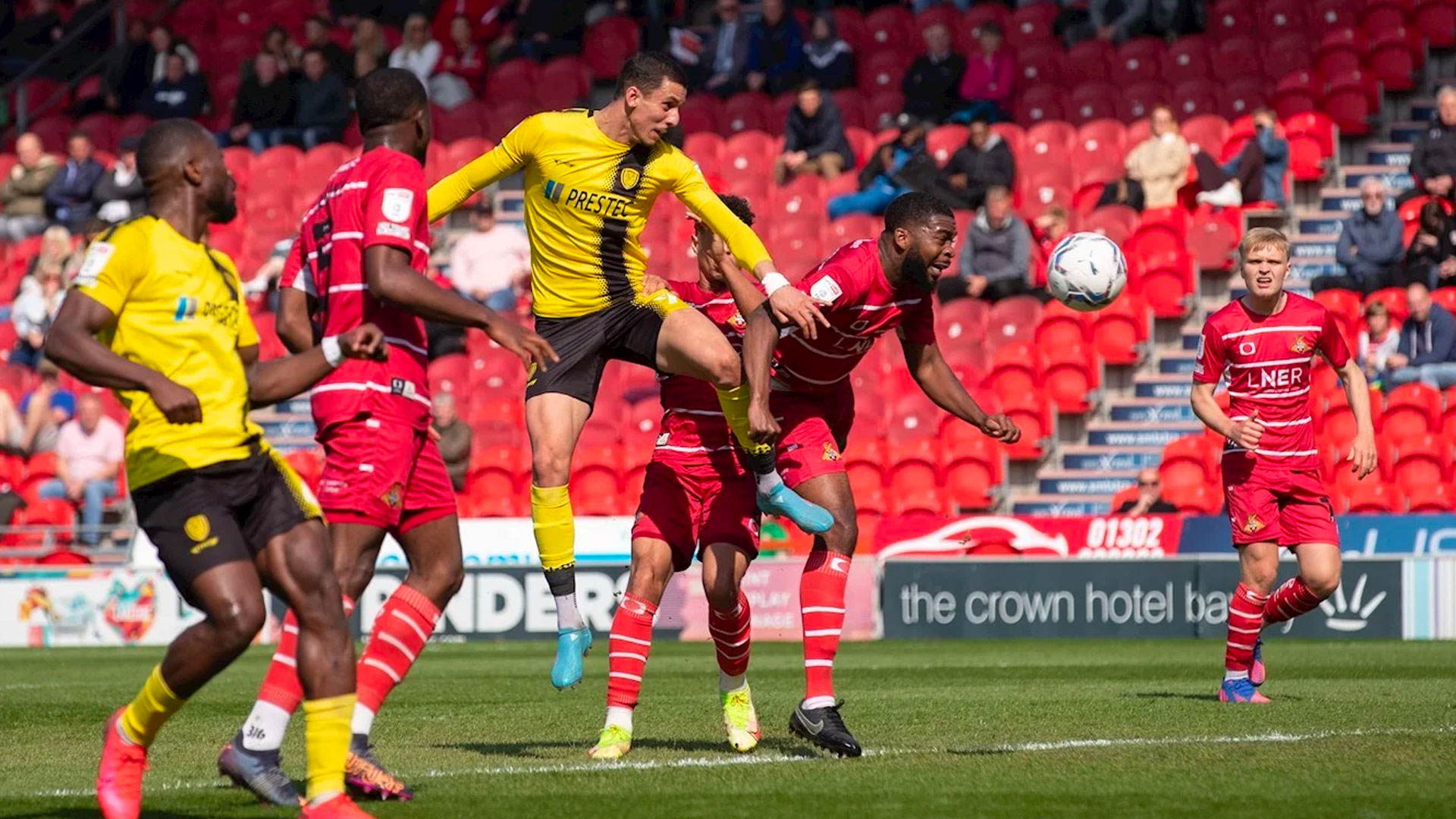