TEN-man Albion suffered more away disappointment with a 3-0 defeat at relegation threatened Morecambe.

The game hinged on a ten minute spell at the end of the first half with Arthur Gnahoua's deflected opener quickly followed by a red card for Conor Shaughnessy and five minutes into first half stoppage time a second goal for the home side from Adam Phillips.

Any chance of a half time reorganisation and attempt at a comeback were halted less than sixty seconds after the break as Cole Stockton added a third for the Shrimps pouncing on a rebound after a good save from Ben Garratt.

It proved to be little more than damage limitation after that for the Brewers as Morecambe continued to attack with purpose while Albion struggled to pose a serious threat on the home goal.

After an enforced fortnight break due to the international break Albion were back in action against their old Lancashire foes. Looking to put the disappointment of defeat to Charlton behind them Albion showed two changes to the side that took to the field at The Valley. Two strikers came into the team in the shape of Louis Moult and Christian Saydee with Joe Powell and Oumar Niasse dropping out of the side.

The hosts were looking to end a horrendous run of results that had seen them slip into the bottom four and former Albion triallist Rhys Bennett almost gave them the lead with a thumping header from Phillips free kick on seven minutes.

Albion then had to resist a flurry of corners from the home side as they applied early pressure on the Burton goal.

Bennett almost beat Garratt with a backheeled effort on nineteen minutes before the home side had shouts for a penalty when Phillips tried to take the ball around the Burton keeper and went down, referee Ross Joyce waving away home appeals.

Dylan Connolly also went down in the box on 27 minutes as Moult went to clear and this time the referee brandished a yellow card at the Morecambe player signifying his belief that the player was looking for the spot kick.

Albion's goal had another let off on the half our as Liam Gibson got up well at the back post and saw his header scrambled away via Garratt and the base of the post.

The Brewers weathered a lot of pressure from the home side but almost grabbed the lead on 38 minutes when a long throw was only cleared a far as Cameron Borthwick-Jackson just outside the box and the winger flashed a left foot volley narrowly over the crossbar.

However it proved to be only a temporary respite as Morecambe worked a set piece routine into the box and when it was returned into the edge of the area having been cleared GNAHOUA had a slice of fortune as his effort took a huge deflection off Sam Hughes and looped over Garratt into the net.

Albion's afternoon quickly got worse when Conor Shaughnessy went in for a loose ball in midfield and caught Connolly with referee Joyce producing a red card for the Burton midfielder.

With the Brewers looking to get to half time to reorganise their hopes were dashed in the final minute of first half stoppage time as Cole Stockton found PHILLIPS and he fired low from the edge of the box past the outstretched hand of Garratt.

Within a minute of the restart Morecambe had a third as they looked to put the game to bed. A shot from Gnahoua was saved by Garratt but there was nothing he could do as STOCKTON pounced on the loose ball to drill in underneath the keeper.

Were it not for Garratt then Morecambe would have had a fourth on 53 minutes as Phillips met a curling croos with a well directed header but the Burton keeper got across well to push the ball away from danger.

Albion turned to their bench ten minutes after the nreak as Harry Chapman was sent on to replace Saydee. It resulted in a change to a 3-4-2 as the on loan Blackburn man slotted in at right wing back, Jonny Smith pushing forwards to join Moult in attack.

With Burton having to push forwards they were almost caught out as Connolly raced from his own half before blasting over from the edge of the box.

Albion's other two changes were made midway through the second half with Terry Taylor replacing Ciaran Gilligan and Gassan Ahadme taking over from Moult in attack.

With Smith now placing more central there were opportunities opening up for him and he whipped a curling shot just wide of the post on 70m minutes as the Morecambe defence backed off him.

Smith was closed down as he went to shoot having latched onto a Chapman pass and Hamer saw a shot blocked for a corner as Albion belatedly looked for some sort of consolation and when Smith got a shot in from a tight angle Morecambe keeper Trevor Carson showed good hands to hold on to the shot.

Even late efforts from Chapman and Oshilaja failed to beat Carson at the end as Albion's miserable away form continued.

BREWERS fans planning to travel to Morecambe on Saturday will not be able to pay on the day.

The game is all-ticket and tickets for Burton Albon supporters go off sale at the Pirelli Stadium at 4pm tomorrow. Please do not travel without a ticket as you will not be able to gain admission.

Disabled parking spaces are available at £10 per car and can be booked on 0152 4411 797 ext 3 on a first come first served basis. Driver’s name and car registration must be provided at time of booking. 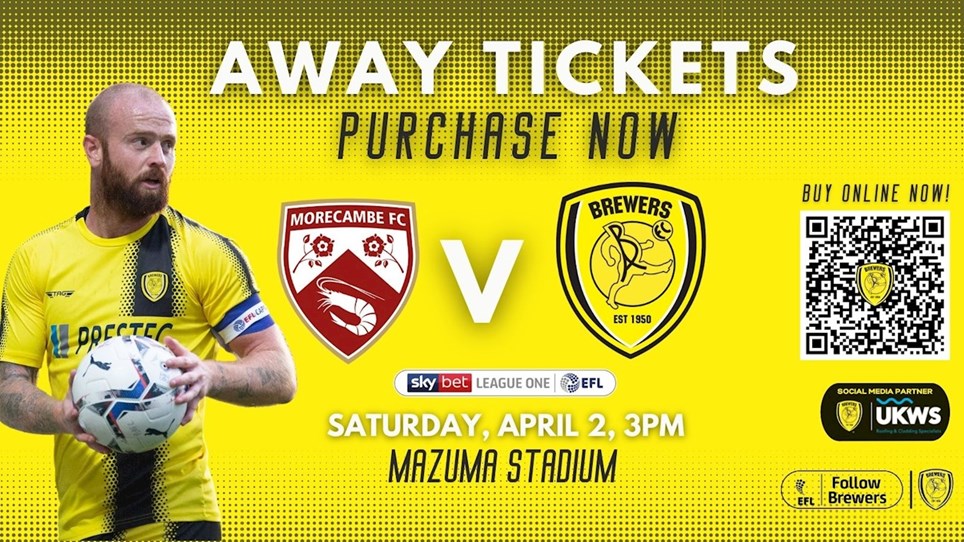 TICKETS FOR OUR AWAY GAME AT MORECAMBE NOW ON SALE


TICKETS are on sale now for our away game at Morecambe on Saturday, April 2. 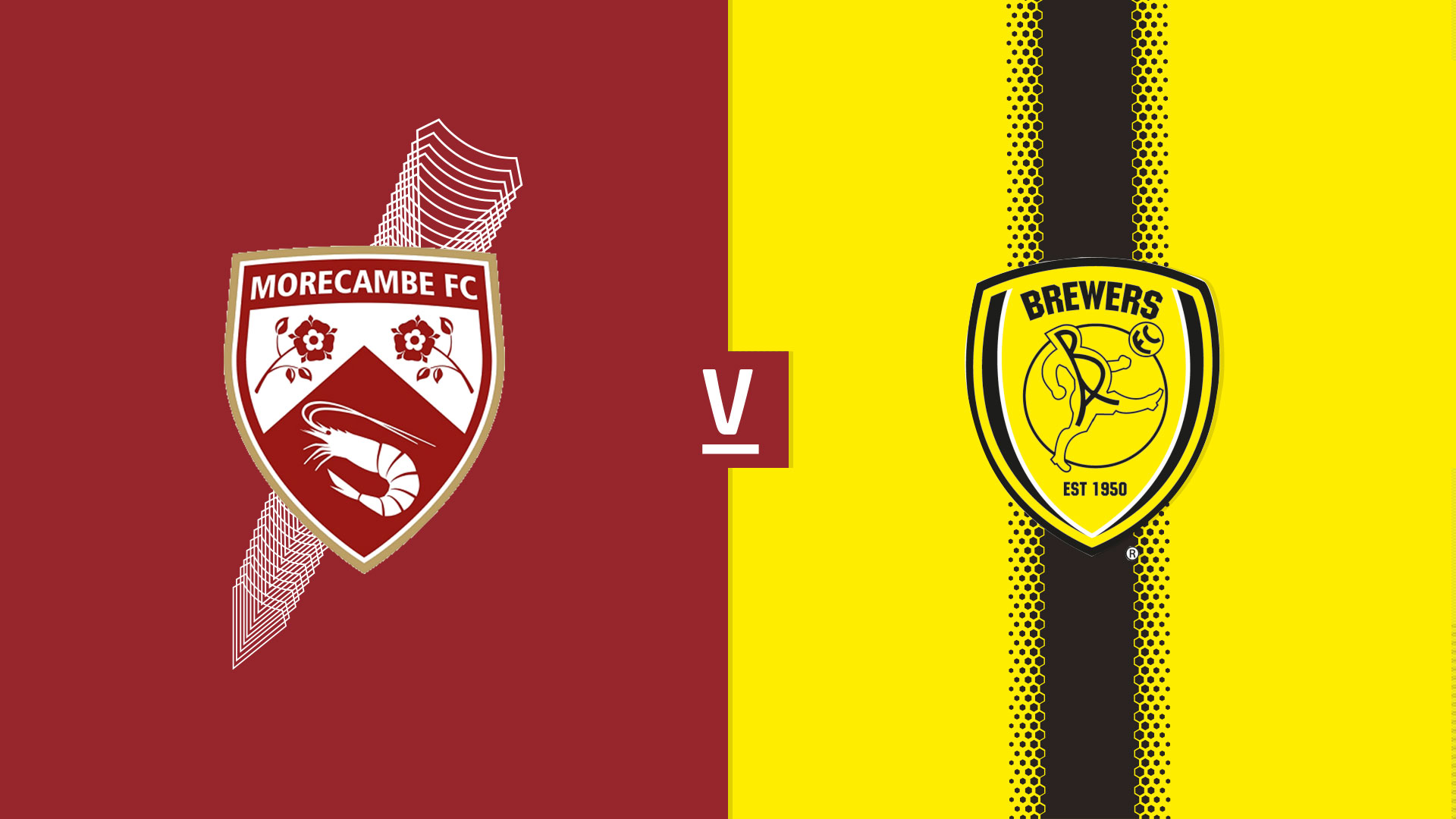 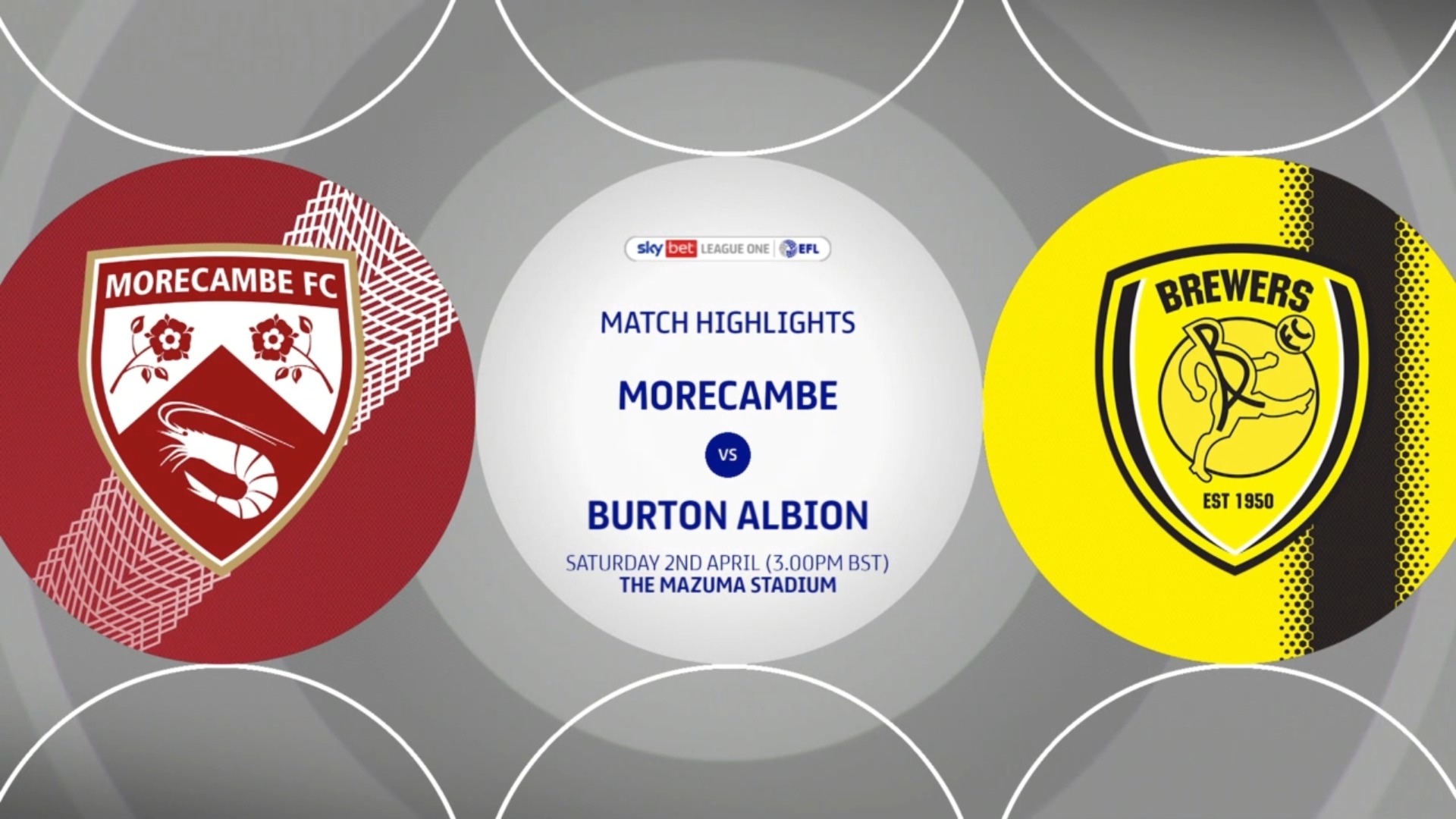 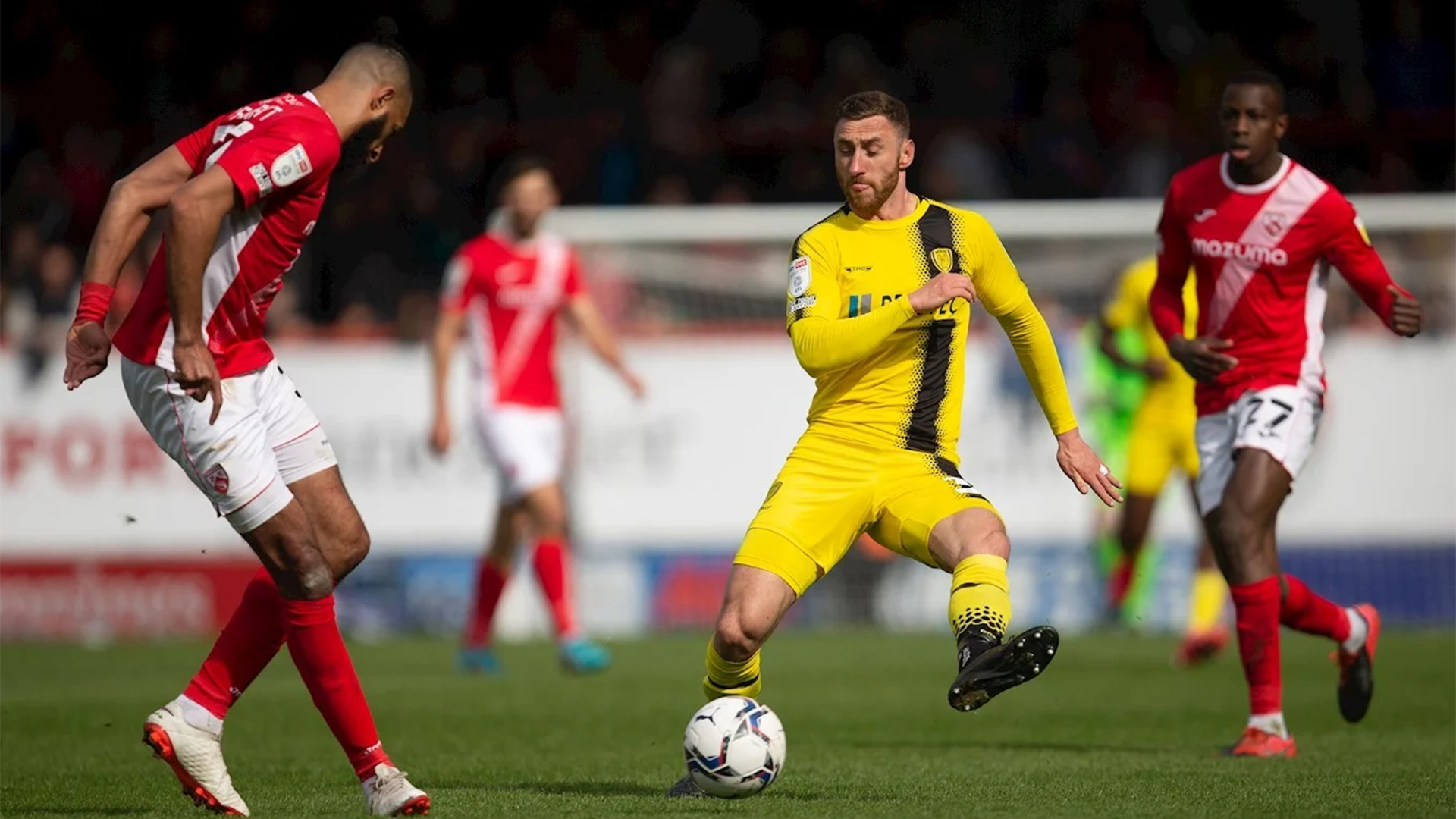