LUCAS Akins was Albion's matchwinner as the Brewers grabbed a hard fought 2-1 victory over Ipswich Town in a thriller at the Pirelli Stadium.

It was a story of two penalties as former Brewers favourite Scott Fraser was superbly denied by Ben Garratt's 58th minute save before Akins showed nerves of steel to convert from the spot with four minutes remaining and secure a first win for Albion over the Tractor Boys at the ninth attempt.

The first half had seen Albion deservedly go ahead when Joe Powell slotted home from Akins' through ball only for Albion to be pegged back just three minutes later, Tom O'Connor unfortunately seeing his attempted headed clearance find the bottom corner under severe pressure from Town striker Joe Piggott from Lee Evans free kick.

But Albion held their nerve and weathered everything that Ipswich threw at them in the second half to make it two wins from two in League One.

Albion showed just one change from the midweek Carabao Cup game against Oxford with Terry Taylor continuing where he left off having come on as a substitute for the injured Deji Oshilaja. Albion were, however, boosted by the return of Michael Mancienne, Michael Bostwick and Aaron Amadi-Holloway to the bench after spells out with injury.

It was Burton who started brightly with a number of long throws from Tom Hamer putting a suspect-looking Town defence under pressure from the outset and with the visitors happy to try and play out from the back Burton were keen to press looking for mistakes and openings.

Taylor picked up an early yellow card for a challenge on Armando Dobra as Town launched a swift counter-attack before Albion were subjected to a spell of pressure as Fraser provided danger from a corner that the Burton defence was eventually able to clear.

Powell twice had efforts blocked inside the area but a quickly taken free-kick by Taylor caught Ipswich napping and they were on the back foot as Akins charged towards the penalty area before slipping in POWELL to fire home on his trusty left foot.

But the lead lasted just three minutes as Town skipper Lee Evans stood over a free kick and whipped the ball in to the near post for Pigott to challenge O'Connor and force the Albion man into an unfortunate own goal.

The game was more even now but Albion carved out the next chance, O'Connor curling a teasing ball in for Hamer to glance a header just wide of the post.

With Taylor harshly penalised for a couple more soft looking fouls on Evans, who clearly seemed to be trying to get the Albion man booked again, Albion made a change before half time to protect the young midfielder with Mancienne sent on to replace him in the Brewers midfield.

Brayford had half a chance with a deeply hit free kick that came to him but he couldnt quite hook the ball on target to force Hladky into a save.

Albion came out of the traps well at the start of the second half, Akins agonisingly close to getting onto the end of a cross from Brayford.

Ipswich responded and summer signing Rekeem Harper was having more of an influence, forcing Shaughnessy to skew the ball over his own crossbar before Ipswich's pressure forced a penalty after O'Connor was adjudged to have brought Louie Barry down in the box. Step forward Garratt who plunged low to his right to keep out Fraser's spot kick and keep things level.

Leak, in similar fashion to his fellow centre back had to slice a cross over his own crossbar after Matt Penney's cross flew into the six yard box.

Ipswich swapped their attacking options around and substitute Kyle Edwards almost caught Garratt out with an ambitious 30 yard effort that the Albion keeper appeared to get the faintest of touches to helping it onto the woodwork.

A testing free kick from Fraser had Albion under pressure on 80 minutes a flick in the middle allowing Harper a header at the back post that landed on the roof of the net.

There was more penalty drama on 85 minutes as Patrick and Akins sparked a counter attack and when O'Connor fed Powell he was sent crashing to the ground by Penney. AKINS showed nerves of steel to send Hladky the wrong way and put Albion back in front.

Albion sent Bostwick on for Smith for the closing moments but it was Town pressing for an equaliser in stoppage time, Garratt clutching onto a shot from Harper from 25 yards but Ipswich could not muster an equaliser and Albion had a very satisfying victory on the board.

TICKETS for our first home Sky Bet League One game of the season are now on sale.

The Brewers take on one of the promotion favourites, Ipswich Town, at the Pirelli Stadium on Saturday, August 14, at 3pm. 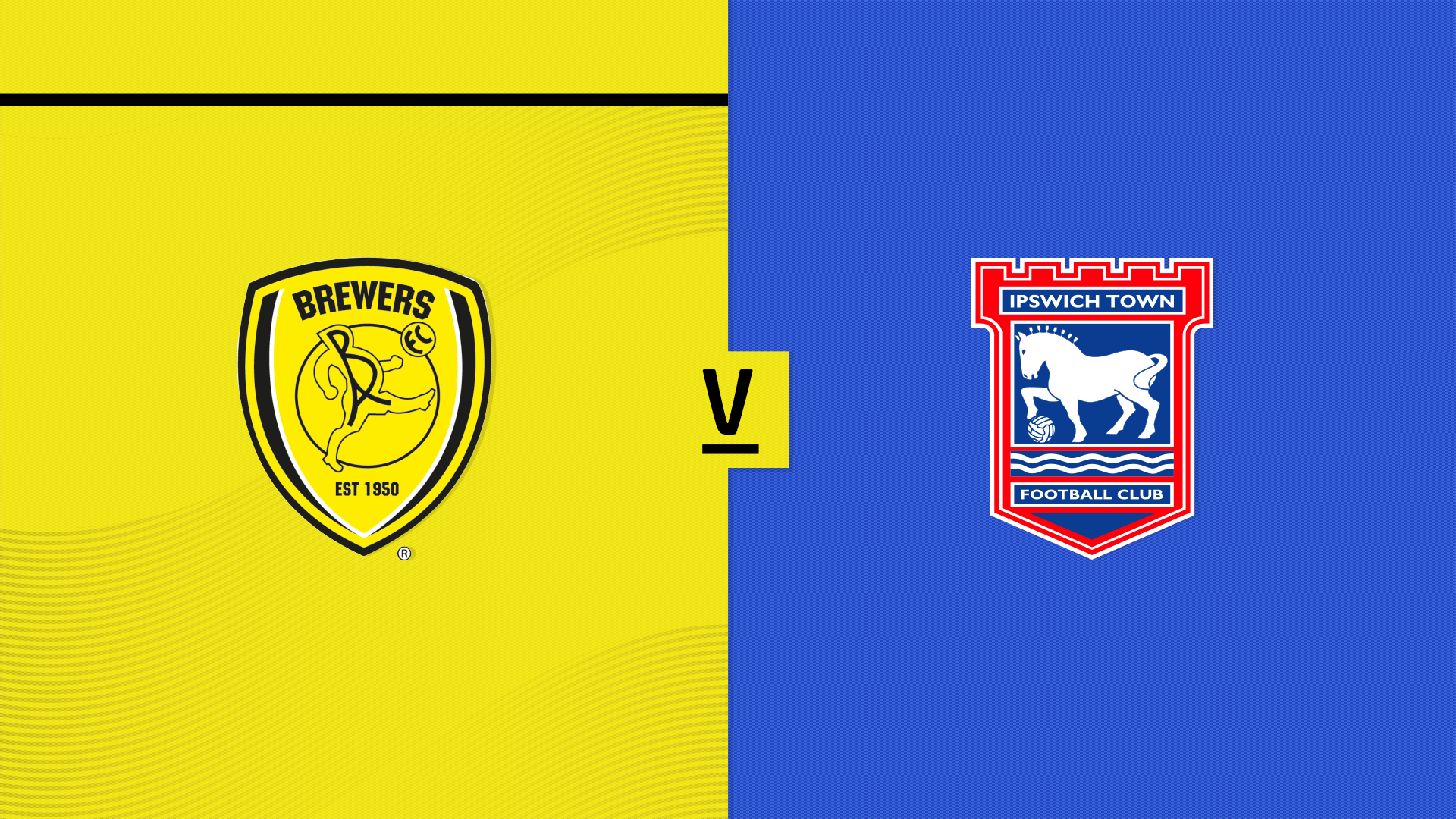 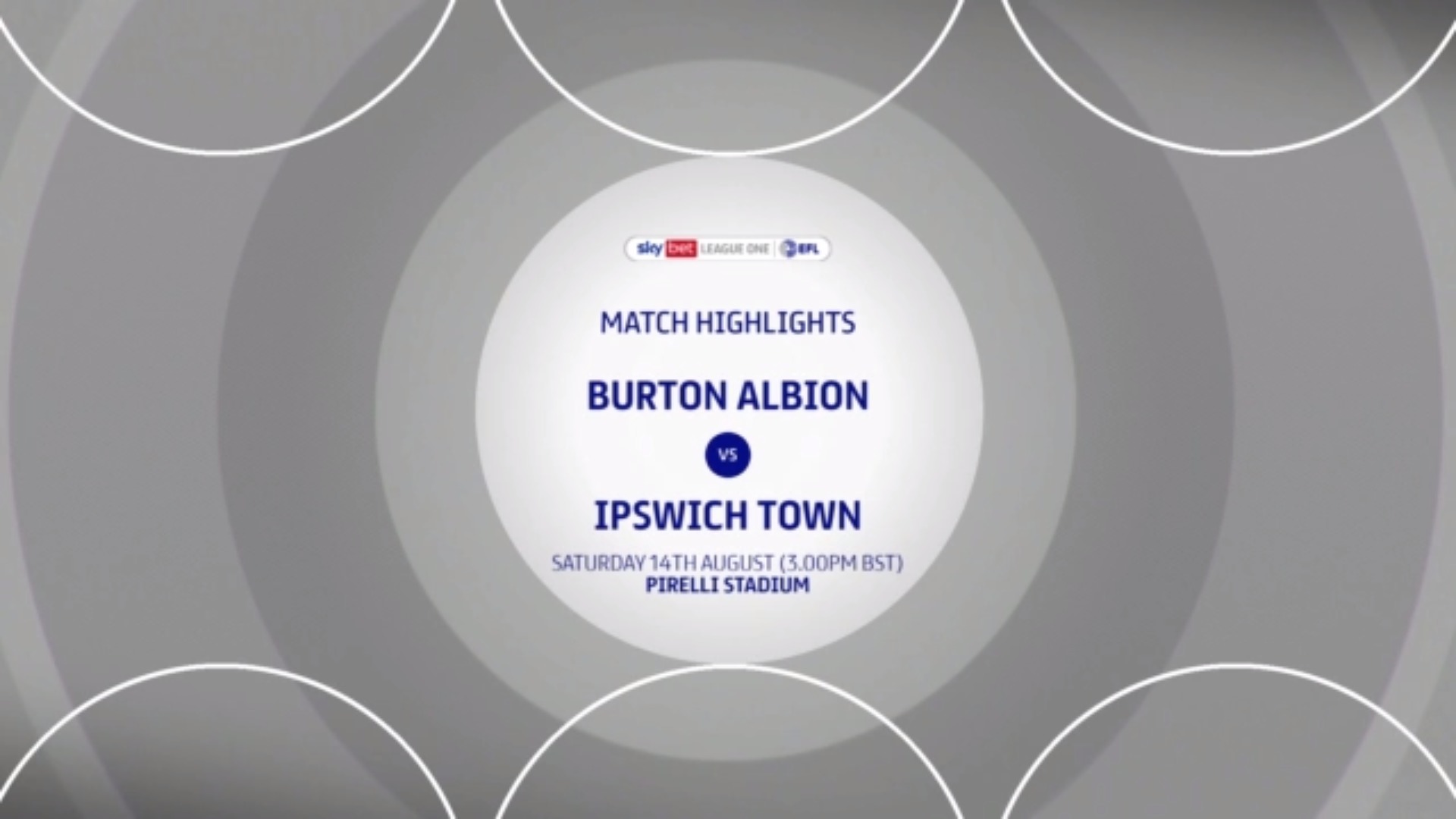