In a game that swung to and fro throughout with chances falling to both sides the winger let fly when the ball squirted out to him via the boot of Tom Flanagan and his first time shot rocketed past Lee Burge in the Sunderland goal to ultimately seal a fabulous win.

The only other time Albion have won their first three League games of an EFL season they started with a 1-0 away win and followed up with 2-1 and 1-0 home wins, a remarkable symmetry.

The result sent Albion into second in the formative League One table with Portsmouth the only other side sharing a perfect start and caps a remarkable couple of home games with promotion contenders Ipswich and Sunderland both put to the sword.

For the third game in a row Albion made just one change from the previous outing. This time it was Michael Mancienne who returned to the starting eleven in place of Terry Taylor, a copy of the subsitution in Saturday's impressive victory. Danny Rowe returned to the bench.

Sunderland made a bright start closing down and trying to pen Albion in during the early exchanges but Burton had the first real shot in anger after six minutes, Tom O'Connor firing through a crowded box and seeing his shot fizz wide. The visitors won the first corner of the game shortly afterwards and it was ex-Brewer Tom Flanagan getting up highest at the back post to head over.

The visitors squandered a gilt edged chance to break the deadlock on twelve minutes. Lucas Akins misjudged a headed clearance allowing McGeady to scamper away, trying to curl the ball in from juts outside the box it looked like his effort was going wide anyway but Ben Garratt made sure with a smart save to tip the ball away for a corner.

Sunderland were looking the more likely to break the deadlock and Lynden Gooch was unlucky to see his angled effort take a deflection that ensured it finished wide of the post before Ross Stewart found himself able to run through and try his luck but find the waiting arms of Garratt. McGeady had another presentable chance on 18 minutes but his left foot fizzer was dragged across goal and just wide of the far post.

Albion weathered the Sunderland storm and created a more than decent chance of their own on 20 minutes. Jonny Smith and Joe Powell combining to find Patrick in the middle, the makeshift striker turning sharply and firing on goal but another deflection took his effort wide.

Gooch fired off a long range effort on the half hour mark but this time, without a deflection in sight he fired straight at Garratt who held on well.

Smith was looking a good outlet for Albion and he tried to break the deadlock on 35 minutes trying to curl one in the top corner only for Callum Doyle to stand big and head away the danger.

Garratt produced another excellent save when Elliot Embleton floated in a delicious cross for Stewart and his outstretched foot got to the ball first but the Albion keeper showed great reactions to keep it out at close range.

There was no let up in the furious pace of the game at the start of the second half and after a couple of half chances for the visitors it took a crucial last minute interception from Flanagan to send Akins shot over the bar four minutes in.

Another good chance came the way of the Brewers on 55 minutes, Powell curling in a superb free kick and finding Leak but the defender could not keep his header down unmarked from six yards out.

The visitors roused themselves for another assualt on the Burton goal and right back Carl Winchester was allowed room to step forwards and try his luck with Garratt making another excellent smothering save.

The goal that the game deserved came on 66 minutes and it was a stunner. Powell's attempted pass to Patrick was inadvertently deflected out by Flanagan to SMITH and he sent an exocet of a shot across the goal and into the far corner.

Sunderland rang the changes bringing on Alex Pritchard and former Albion loanee Nathan Broadhead to try and find a well back onto level terms.

And it was Pritchard who went agonisingly close to squaring things up with an instinctive curling shot that eventually bounced wide of Garratt's post with the keeper scrambling.

Broadhead also made his presence felt with a rasping low drive that forced another good save from the Albion keeper.

Smith then was inches away from a second with a viciously dipping shot that crashed back into play off the frame of the goal.

With Powell booked late on for what appeared to be an accumulation of fouls in the eyes of referee Declan Bourne, Michael Bostwick was brought on late on to try and shore things up for the Brewers.

Pritchard let another shot go, this time from 30 yards as time ticked away for the visitors but Garratt was on his toes again to ensure the ball went wide of the goal.

Flanagan thought he had grabbed a vital last gasp equaliser heading in from close range but the flag of the assistant quickly ruled it out as Albion secured their third straight victory in League One.

TICKETS are now on sale for our home game against Sunderland.

Always one of the most eagerly-anticipated games of the season it takes place at the Pirelli Stadium on Tuesday, August 17, at 7.45pm. 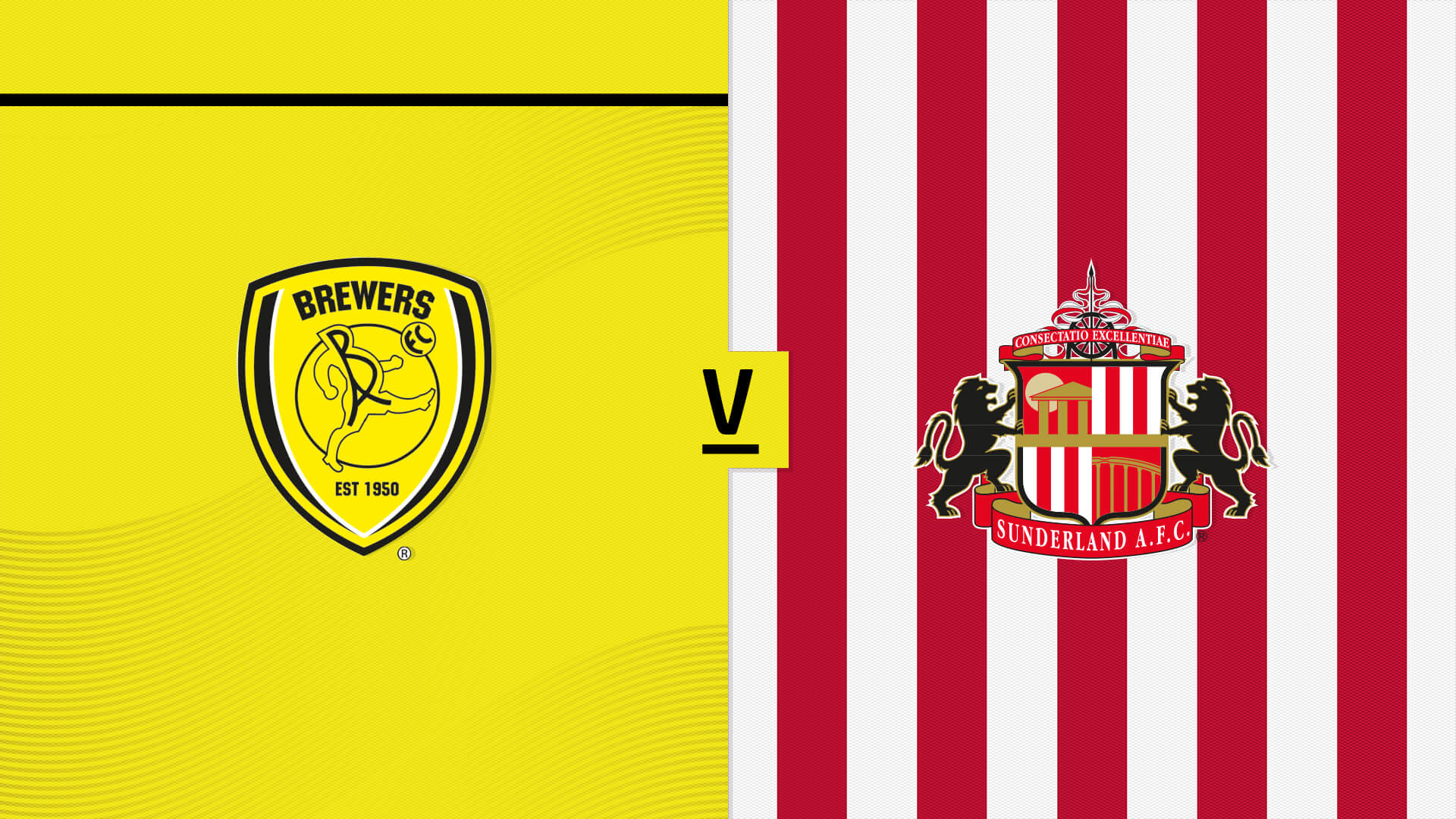 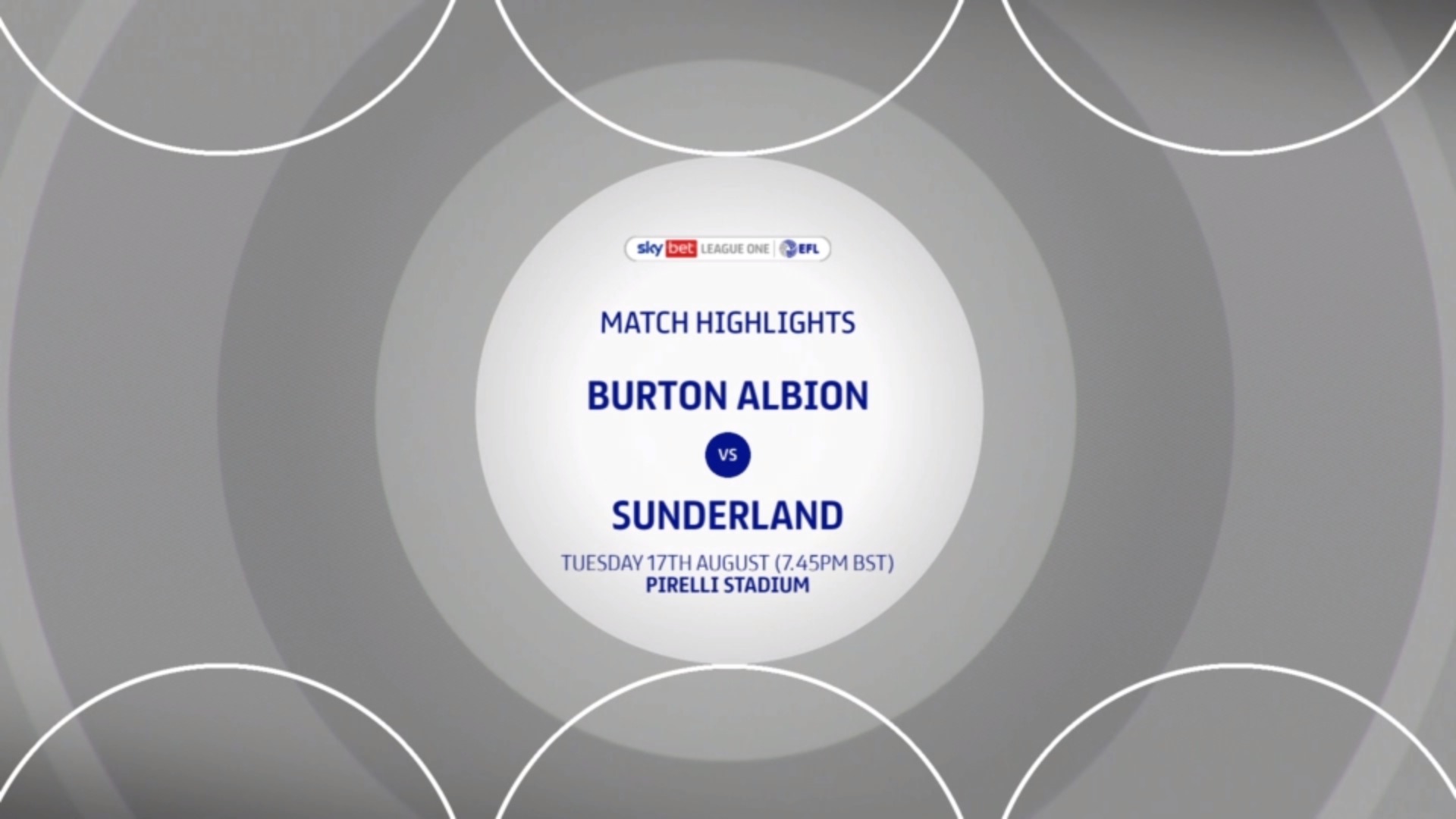 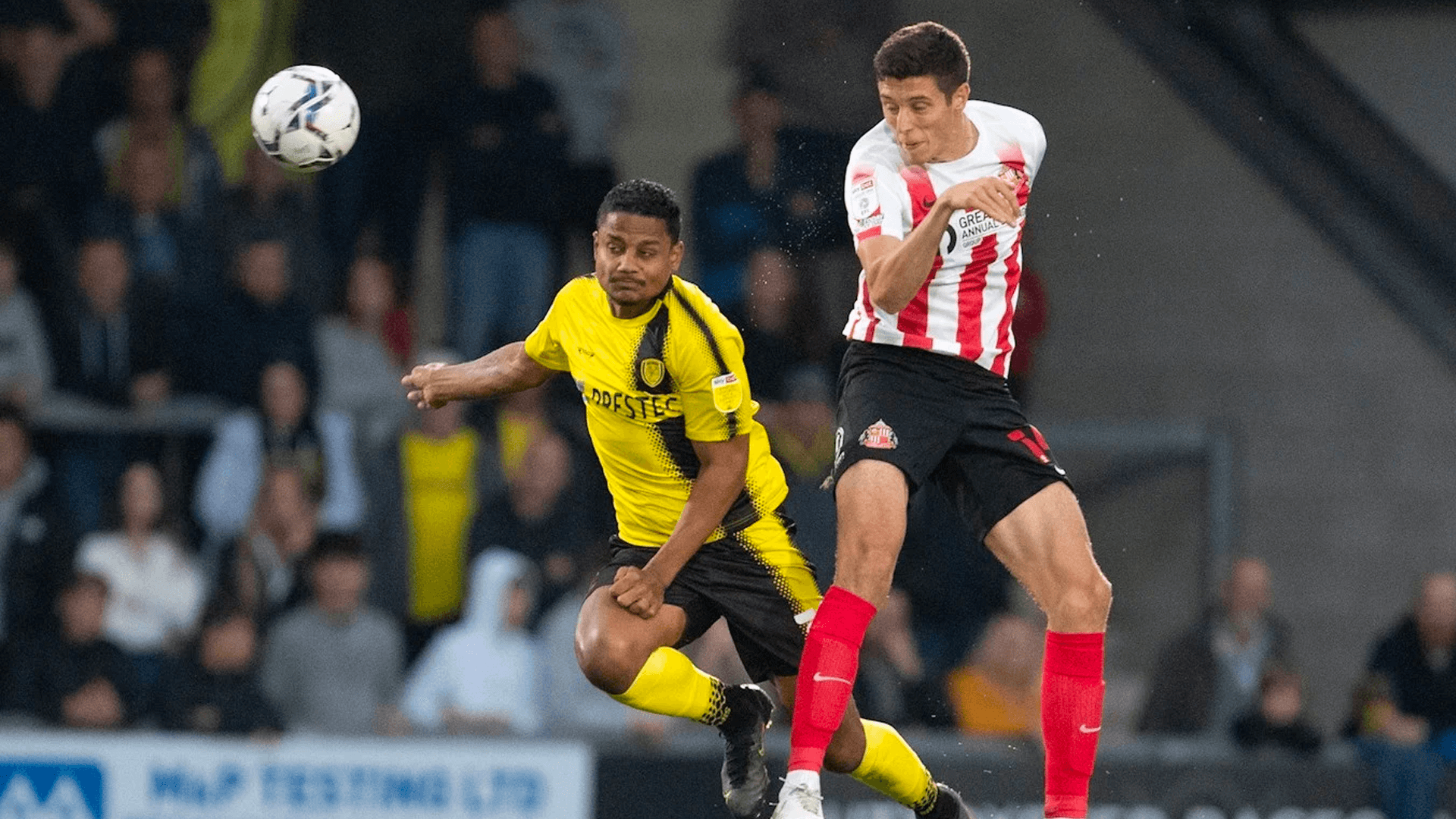