Amidst a glut of new signings over the summer it was the skipper and long serving defender John Brayford that grabbed the winning goal with a typically hard fought header just after the half hour mark.

At that stage Albion were good value for their lead and indeed looked the stronger side right up until the hour mark when Shrewsbury finally found some attacking flow and put some considerable pressure on the Burton defence in the closing stages but ultimately Albion tamed the Shrews to claim their first opening day victory since 2015, also under Jimmy Floyd Hasselbaink, and only their second ever victory at Montgomery Waters Meadow, unsurprisingly also under Hasselbaink's tenure in that same season.

For the opening game of the new season the Brewers boss handed out six debuts to his summer recruits. Deji Oshilaja, Omari Patrick, Tom O'Connor, Ryan Leak and Jacob Maddox all made their first competitive start in an Albion shirt alongside Conor Shaughnessy making his bow as a permanent Brewers signing after a spell on loan in 2020.

It quickly became apparent that Patrick was operating as a striker with Akins deployed out on the left in a 4-2-3-1. Shaughnessy and Leak formed the central defensive partnership with Michael Mancienne carrying a knock from the Newcastle United friendly.

Ben Garratt had to dash smartly off his line to cut out a through ball intended for Ryan Bowman early on before Albion began to settle and pass the ball around with some confidence.

Patrick spurned a chance to shoot on eleven but was able to open things up on the right where Brayford saw a cross deflect harmlessly into the hands of Shrews keeper Marko Marosi.

The clearest chance yet came Albion's way on 19 minutes. Patrick's aerial challenge unsettled Ethan Ebanks-Landell and allowed Maddox to burst through but from a tight angle he fired his shot against the legs of Marosi.

Marosi was tested more seriously on 27 minutes when a defence splitting pass from Akins freed Jonny Smith to cut in from the left and aim for the far corner only for the keeper to leap to his right and push the ball away from danger.

And it was the same combination that opened up the home side again just after the half hour mark, this time Smith's effort was headed wide for a corner and the winger delivered a pinpoint corner onto the head of BRAYFORD who got up well to send the ball back where it had come from into the corner of Marosi's goal.

Albion were forced into a change on 37 minutes with the lively Maddox unable to continue after struggling to run off a niggle and resulting in the introduction of Joe Powell. He was quickly into the thick of the action linking well with Akins on the edge of the box before getting a left foot shot off that Marosi comfortably dealt with.

Albion came close to a second on the stroke of half time. Hamer delivering in a curling centre and Shaughnessy timing his run to perfection to connect with the header but juts not able to guide it either side of the keeper.

The home sides reaction for the second half was to make two substitutions to strengthen their left hand side against the threat of Albion and Smith in particular.

Albion though, picked up where they left up using their high press to pin Shrewsbury in and the return of the Tom Hamer long throw almost conjured up a second with a loose ball falling at the feet of O'Connor who drilled a low shot just wide.

Shrewsbury needed a spell of pressure to get themselves back into the contest and they came close to an equaliser on the hour mark, Matthew Pennington seeing a thumping header deflected away for a corner, Elliott Bennett curling the ball into the six yard box where it was hacked away. It all came after Leak had been rather harshly booked for a challenge on Daniel Udoh.

Pyke found himself in acres of space on 68 minutes out on the right and an early delivery found wing back Luke Leahy on the edge of the box, his right foot effort helped over the crossbar by Garratt courtesy of a fine fingertip save.

Brayford was in the right place for a superb close range block from Pennington's shot before Shrewsbury's pressure almost told as a poor attempted clearance inside the Burton six yard box fell for Daniel Udoh who somehow shanked his effort wide.

Albion called on Cameron Borthwick-Jackson to replace Patrick and the former Manchester United youngster was not far away from a debut goal, heading Powell's curling free kick just wide as the game entered added on time.

Nathanael Ogbeta lashed wildly at a loose ball inside the box much to Albion's relief and a last minute scramble inside the six yard box ensured an opening day clean sheet and victory.

WE are back on the road - tickets for our opening day clash away at Shrewsbury Town are on sale now!

The Brewers meet the Shrews at Montgomery Waters Meadow on Saturday, August 7 (3pm kick-off) looking to get the new Sky Bet League One season off to the perfect start.

And you can buy your tickets online right now - simply click the graphic below to get yours! 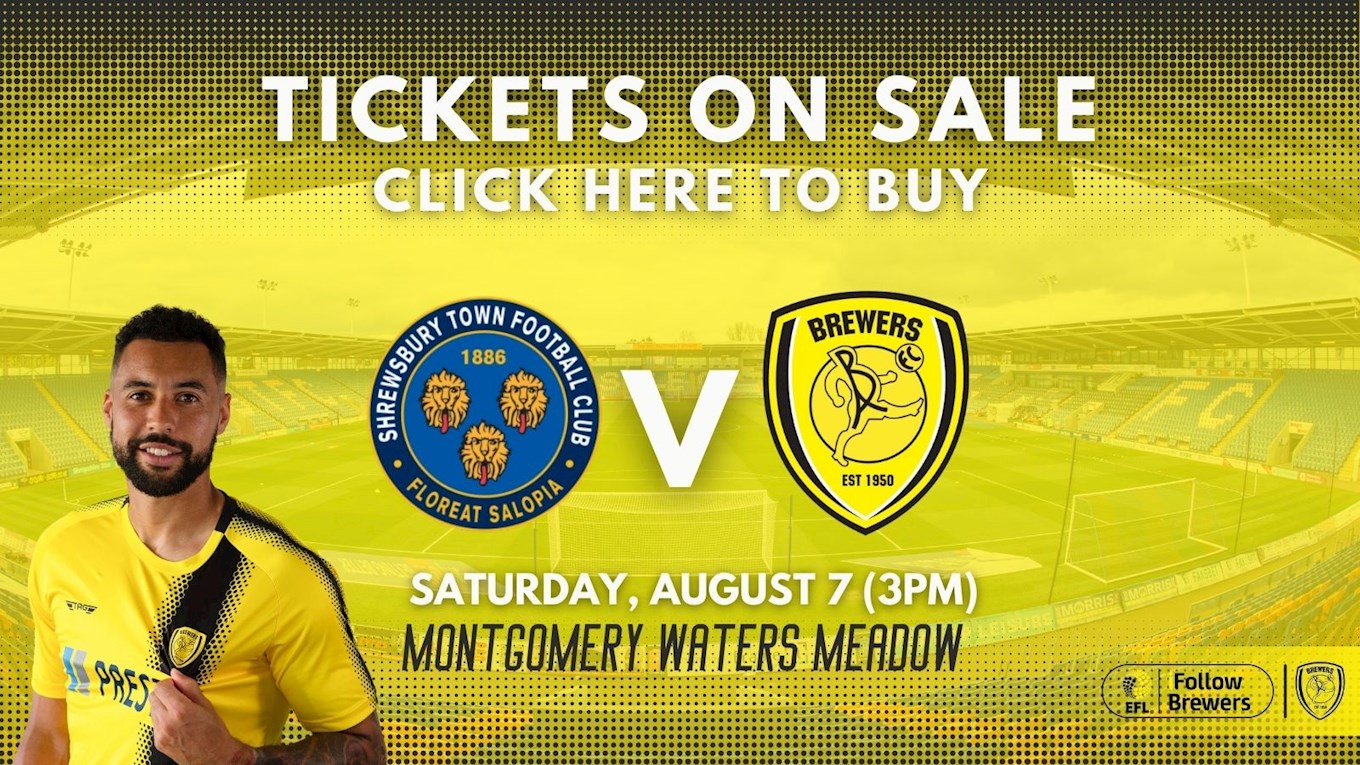 We have been allocated tickets for the DM Recruitment Stand with prices as follows:

Please note that tickets for under-12s and for disabled supporter carers need to be booked through the Burton Albion box office.

Block 20 is a socially distanced block so if you require or would like seats in this block, please let our ticket office know when booking.

Brewers fans can pay on the day in CASH ONLY at the DM Recruitment Stand. Please note there is no card machine at the away end and no cash machines at the stadium. There is no price increase for purchasing on the day.

Our first away game in front of fans also sees the return of official coach travel to Montgomery Waters Meadow!

PLEASE NOTE - while there are no requirements to wear face coverings on the coach, in line with our policy for home fixtures, we encourage all supporters travelling on club coaches to wear masks while travelling.

Book your tickets right now via our online ticket store, by visiting the Club Shop at the Pirelli Stadium or call 01283 565938. 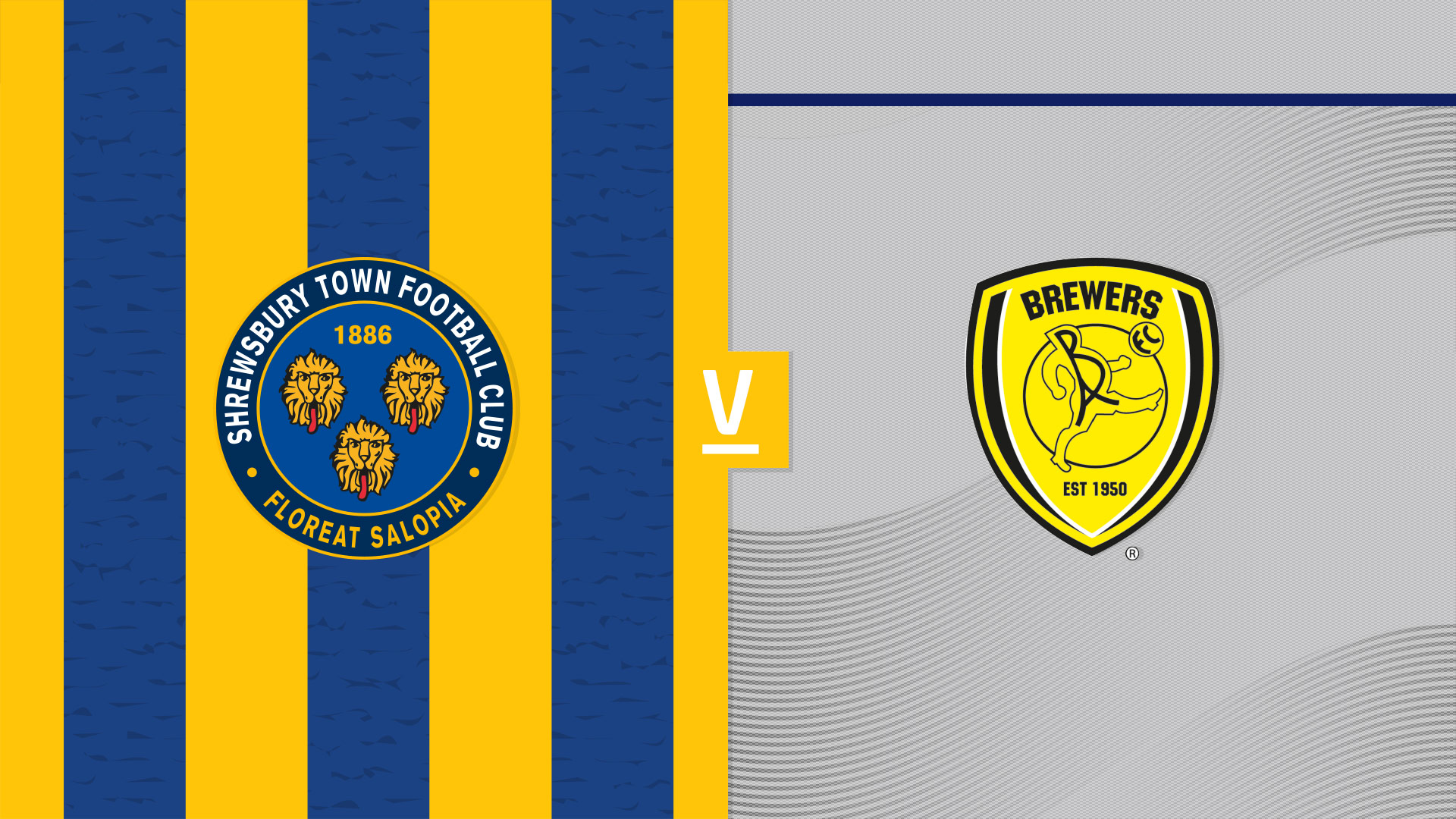 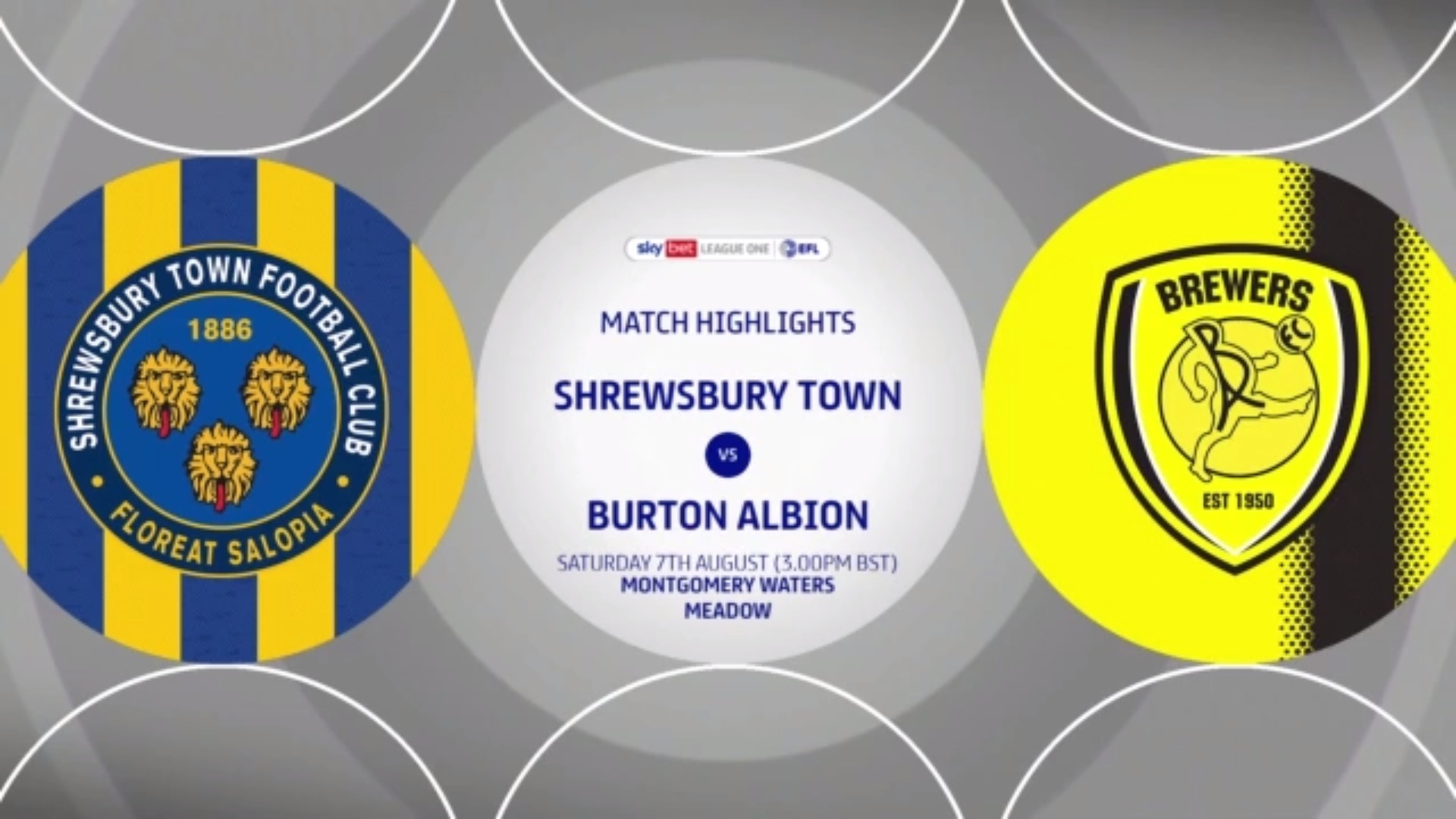 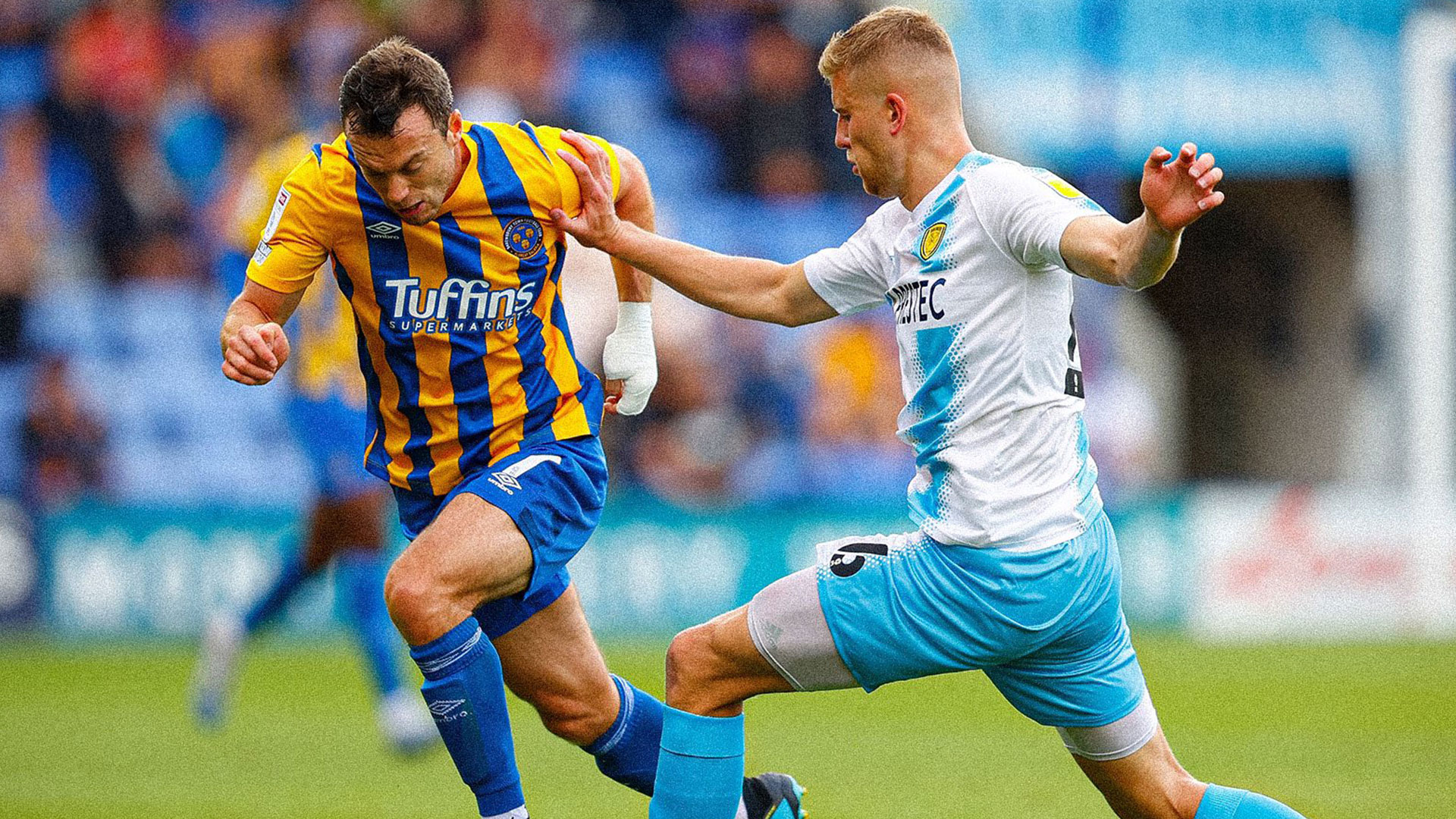