THE Brewers travel to South Yorkshire to take on table-toppers Rotherham United in Sky Bet League One this afternoon (3pm kick-off).

Albion come into the game off the back of a 2-1 loss away at Wycombe earlier this week.

Rotherham enter the weekend after an emphatic 5-1 home victory over Gillingham, their third victory in a row. The Millers are unbeaten since 11 September, with only three league losses this season.

The sides have faced off a total of 13 times competitively since Albion were promoted to the EFL, with the Brewers winning four and losing six. The other three games ended in a draw between the two.

Albion did the double over Rotherham when the two sides faced off in the Championship back in 2016. The first of those came at the Pirelli Stadium with goals from Jackson Irvine and Matt Palmer putting the Brewers 2-0 up. A late consolation from Tom Adeyemi from Rotherham proved not enough as the game ended 2-1 to the Brewers.

The return fixture at the New York Stadium also ended 2-1, with Irvine again on target and Chris O'Grady netting his first goal for the club.

Hasselbaink did confirm that while there are a few doubts, Albion should have a strong squad for tomorrow's game.

“Michael Bostwick is still out due to his hamstring problem," confirmed manager Jimmy Floyd Hasselbaink.

"There are a few from Tuesday that are fifty-fifty, but most of the squad look fine and ready for tomorrow.”

Richard Wood could return to the squad for the Millers after previously being out with a groin injury. The Rotherham veteran has made over 200 appearances in eight seasons with the club.

Brewers manager Hasselbaink spoke to the media on making changes to the squad for tomorrow’s trip to Rotherham, the third game in the space of a week for the Brewers.

“I was always going to make changes for the Tuesday night game, the third game coming is the one that I believe that you need to freshen up a little bit, so I will be making changes yes.”

The man with the whistle in tomorrow’s fixture will be Sam Allison. Allison has refereed 12 matches this season in all competitions, handing out 51 yellow cards and five reds.

He will be assisted by Anthony Moore and Oliver Bickle with the Fourth Official being Jonathon Bickerdicke.

Fans will be able to purchase tickets directly from the Away Ticket Office at Rotherham’s New York Stadium.

This Sky Bet League One game will kick off at 3pm and ticket prices can be found below:

Please note: There will be a £2 price increase for adults and concessions on the day of the game, and a £1 increase for all other other categories (the prices above have reflected this change).

* Concessions are classed as aged 60 or over, young adults 18-21, HM Armed Forces personnel, disabled supporters on higher rate DLA or enhanced PIP, carer goes free. Other disabled supporters pay appropriate age band. Juniors must be accompanied by someone aged 16 or over.

The game is not available to livestream, but you can buy an audio-only Match pass for £2.50. https://www.burtonalbionfc.co.uk/ifollow/subscribe/

ALBION'S second trip of the week to one of League One's promotion contenders ended in a 3-1 defeat as Rotherham United maintained their place at the top of the division.

Two goals from Freddie Ladapo, either side of Kane Hemmings fourth goal of the season had the Millers seemingly on course for a routine victory but Albion showed plenty of desire and spirit to rattle the hosts and threaten a second equaliser before Dan Barlaser rammed home a third from an indirect free-kick after Ben Garratt had been adjudged to have picked up a ball back from Ryan Leak that the officials deemed a back pass.

After the disppointing defeat on the road at Wycombe on Tuesday Albion faced yet another tough away day at the table topping Millers and Jimmy Floyd Hasselbaink opted to shake things up with five changes to his side. Leak stepped back into the side in the back three alongside Conor Shaughnessy and Cameron Borthwick-Jackson. Terry Taylor and Charlie Lakin formed a new central midfield duo with Tom Hamer on the left and Lucas Akins deployed as wing backs. Hemmings was restored to the Brewers attack flanked by Charlie Lakin and the returning Harry Chapman.

And it was the returning Leak who made a vital contribution just a couple of minutes into the game as Ollie Rathbone sent a cross in loking for target man Michael Smith, the big striker got up well at the back posty to head back across goal but Leak was there to clear his looping header off the line.

And it was Smith again, on eight minutes, out muscling Shaughnessy on the edge of the box to advance and force Garratt into a save with his outstretched leg from an acute angle.

Albion began to come more into the game and a neat free kick routine involving Lakin and Chapman almost carved out an opening before Rotherham only half cleared the ball and Lakin had the chance to send in a first time effort that went wide of the post.

Chapman spurned a good opportunity midway through the half when a long throw from Hamer was flicked on by Shaughnessy and the Blackburn loanee failed to keep his volley down. Within a minute Albion were a goal down though, such are the fine margins. Rathbone got all the way to the bye line and although it looked the ball had gone out play was allowed to go on with Ben Wiles turning the ball goalwards where LADAPO applied the finishing touch.

A second almost came for the home side when Smith won possession high up and sent Ladapo clear through but Garratt advanced quickly to block his effort at close quarters inside the box.

But a minute before half time Albion grabbed a hard earned equaliser from almost nothing. Borthwick-Jackson did well to dispossess Wiles and get the ball forward for Lakin to slip the ball into the path of the onrushing HEMMINGS who held his nerve to advance and drill allow shot that deflected off the keeper but ended in the back of the Rotherham net. The home fans were silenced as they realised they were in a real game.

The second half was only two and a half minutes old when Rotherham restored their lead. Chapman was outmuscled by two United midfielders and LADAPO was set free by Rarmani Edmonds-Green to race through and fire past Garratt.

A chance for a second equaliser soon came Albion's way, Chapman doing well down the left and finding a deep cross that picked out the unmarked but his shot skewed across goal.

On the our Ladapo looked all set to complete a hat-trick at the back post after Smith had worked room for a cross from the right. Inexplicably the striker got his feet all mixed up and missed from about a yard out although his blushes were spared somewhat by the assistant's flag that would have ruled out any goal he might have scored.

It was a spirited fight back by Albion who were getting close to an equaliser and home keeper Viktor Johansson had to drop smartly to his left to hold onto an shot from Hamer when the Brewers worked the ball neatly across the edge of the Millers penalty area with twenty minutes to go.

Albion turned to Daniel Jebbison for the final seventeen minutes in place of Lakin in search of a leveller and it nearly came moments later, although not through the Sheffield United loanee. The Brewers worked a set piece situation and on the second phase Hamer launched a sweet cross into the middle where Leak timed his run into the middle to meet it with a header that just missed the target.

The woodwork came to Rotherham's rescue on 80 minutes as Albion continued to press, much to the frustration of the home crowd. Chapman's corner was delivered right onto the head of Shaughnessy and his effort cracked against the post and came back out where the Millers scrambled the ball away.

But all of Albion's pressing without reward was exploited by the Millers as they finally put the game out of Albion's reach with six minutes to go. Leak, under pressure pumped the ball back towards Garratt who caught it. The assistant, after a moments thought flagged for a backpass and from the edge of the six yard box the home side worked it back to BARLASER to smash home.

Albion still pressed right to the end but could not find a way past a relieved Rotherham defence who ended the game twenty matches unbeaten since their last defeat in September.

TICKETS are on sale now for our away game at Rotherham United on Saturday, December 11.

This Sky Bet League One game will kick off at 3pm with seated tickets now available for Brewers fans.

* Concessions are classed as aged 60 or over, young adults 18-21, HM Armed Forces personnel, disabled supporters on higher rate DLA or enhanced PIP, carer goes free. Other disabled supporters pay appropriate age band. Juniors must be accompanied by someone aged 16 or over.

Visually impaired supporters can book a commentary set by calling 01709 827768 or by emailing dlo@rotherhamunited.net. A £10 deposit is required 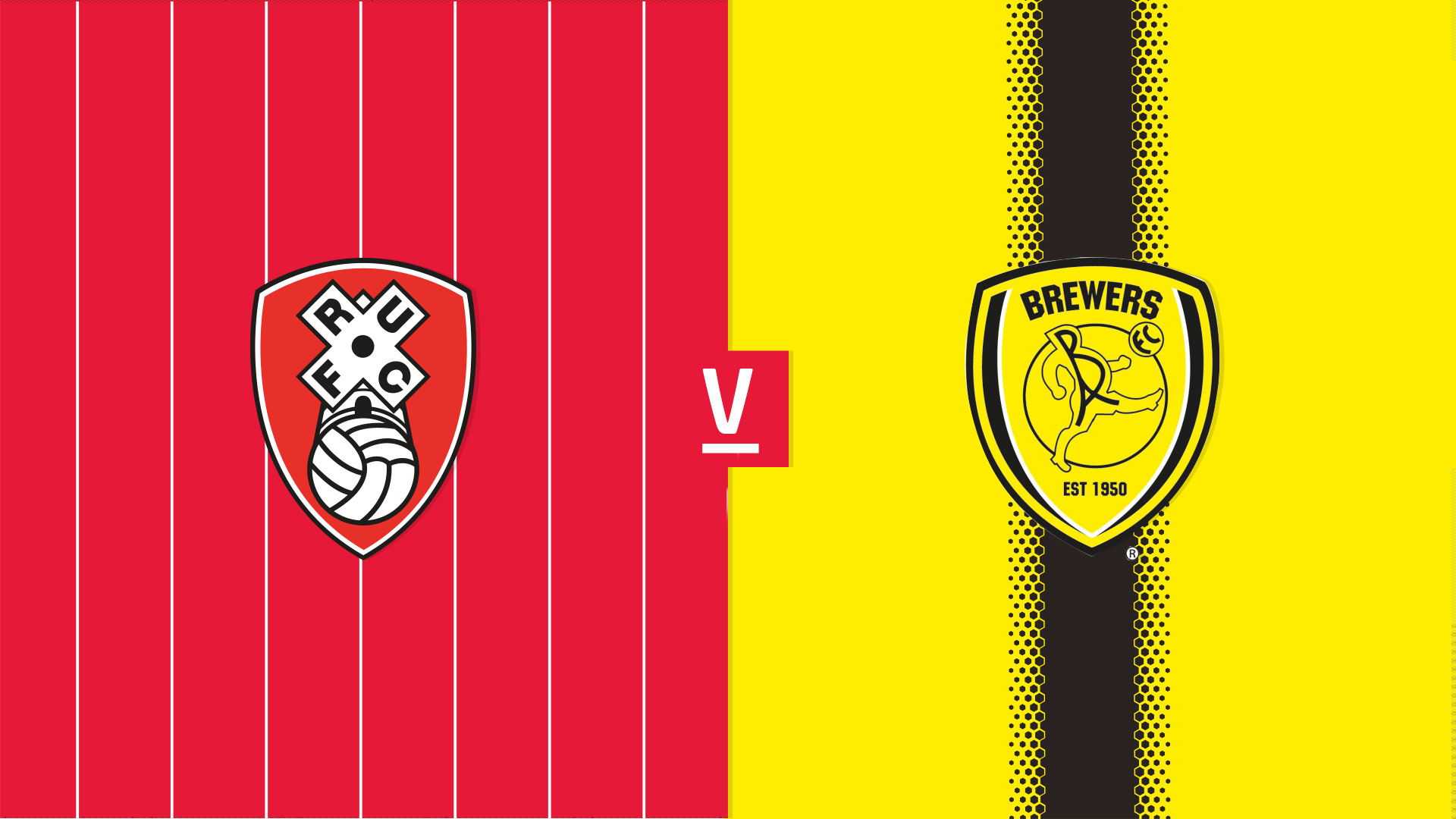 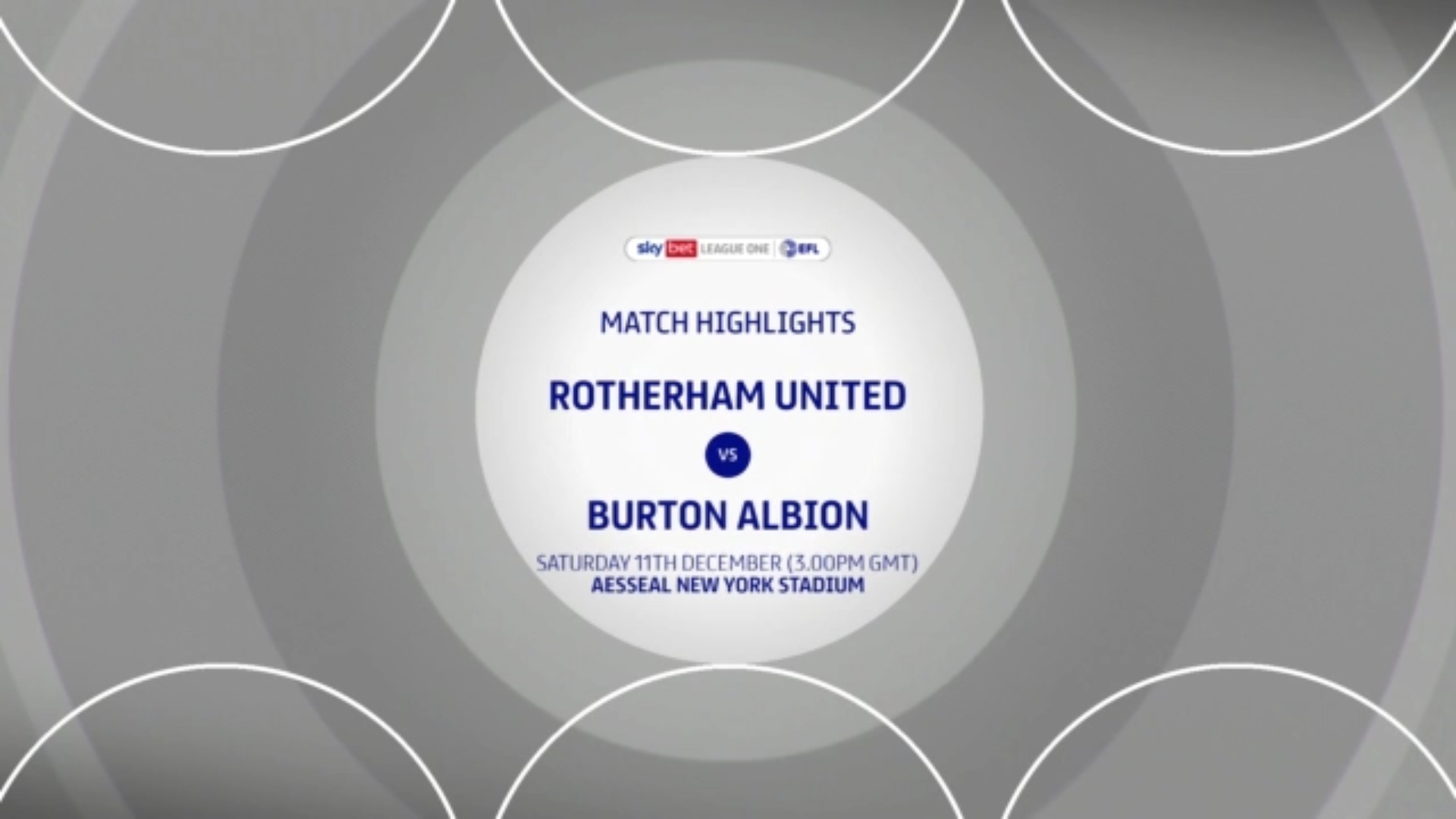 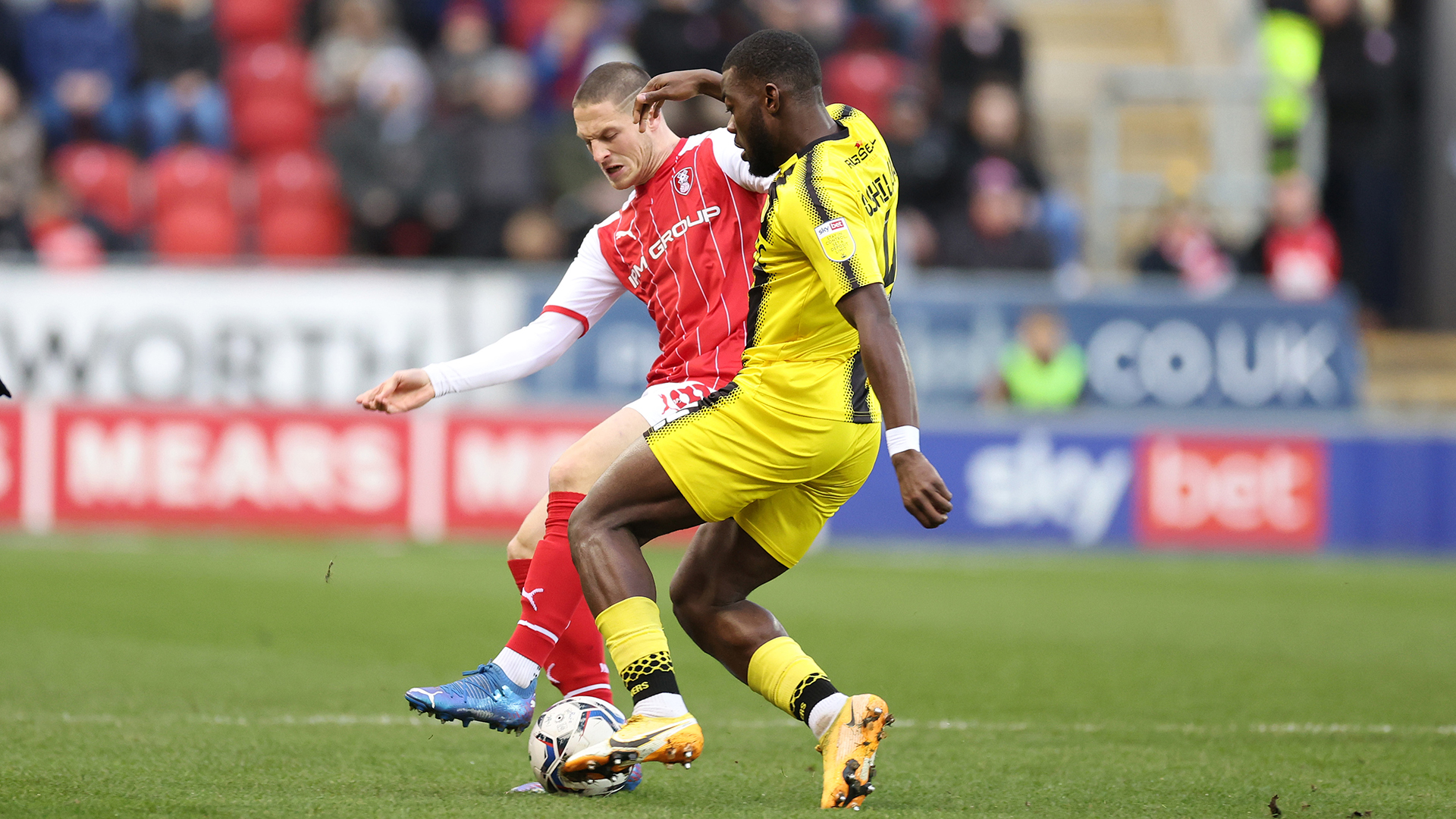