After a blistering performance against in-form Bolton Wanderers on their last home outing Albion were looking for more of the same but in an attritional game with little flow to it they failed to live up to their previous game in front of the Burton fans and a resilient Shrews side took all the points back to Shropshire adfter Bloxham had converted a corner in the first half and Pennington scored from close range when a long range shot landed at his feet in the second half.

Much as Albion tried they struggled to break down a Shrewsbury defence that has been one of the meanest in the division despite the club's lowly position in the League One table.

Back on home grond after away trips to Ipswich and Sunderland the Brewers team showed one change to the side that took a hard earned point from the Stadium of Light on Tuesday. Christian Saydee was elevated from the bench to replace Oumar Niasse as the focus of the attack whilst the bench was stregthened by the return of Deji Oshilaja after injury and the signing of experienced midfielder Adlene Guedioura.

Albion started positively, pushing the Shrews back and forcing a series of long throws and corners which caused some problems for the visitors defence although keeper Marko Marosi was sufficiently well protected to not be forced into a meaningful save in the opening exchanges.

The game settled into a pattern of Albion enjoying a lot of the ball but struggling to break down a resolute Shrews defence. The visitors largely relied on counter attacks to threaten and when Sam Hughes' attempted pass was cut out on half way they raided down the left through Daniel Udoh although the striker's composure inside the box let him down blazing an attempted far post curler well wide of the target.

And the visitor's ability to soak up pressure paid off when they hit the front from a corner on 35 minutes. Elliott Bennett drilled a low corner to into the box and BLOXHAM got his foot around it to steer it across goal and into the corner of Garratt's net.

Albion tried to respond and just before half time a long throw was aimed towards Shaughnessy at the near post and his looping header dropped onto the roof of the net. Albion's closest effort of the half.

A tactical switch at half time saw the Brewers revert to four at the back and the same formation as Tuesday at Sunderland in an attempt to spark a positive response and they went close on 55 minutes, Saydee driving into the box and laying the ball across for Lakin who could not quite force his effort on target.

But all of Albion's good initial work was undone on 59 minutes when George Nurse hit a speculative effort from 25 yards out Garratt was slightly deceived by the bounce and let the ball slip from his grasp allowing PENNINGTON to poke home the loose ball.

A double change quickly followed for Albion as both recent signings were sent on, Niasse replacing Smith to provide some support for Saydee in attack and Guedioura taking over from Lakin in the centre of midfield.

Sam Hughes powered a header straight at Marosi from a Borthwick-Jackson cross on 74 minutes as chances to get back into the game remained at a premium for Albion.

There was concern on the Burton bench when Saydee went down with a head injury with their third substitution having already been made when HArry Chapman replaced Mancienne.

Shrewsbury almost added a third when Udoh wriggled free inside the box and whistled a dipping effort just over the bar.

Niasse flicked a header well over the bar from a set piece but there was no way back into this one for Albion as they went down to a hugely disappointing defeat.

TICKETS are now on sale for our home game against Shrewsbury Town as the Brewers look to complete the double over the visitors this season.

This Sky Bet League One game now takes place at the Pirelli Stadium on Saturday, February 26 at 3pm.

The Brewers won on the opening day of the season at Shrewsbury 1-0 with a goal from skipper John Brayford - and now the Shrews visit the Pirelli Stadium at the end of the season.

Book your tickets right now via our online ticket store or, if you are purchasing on your mobile phone use our web-based app. 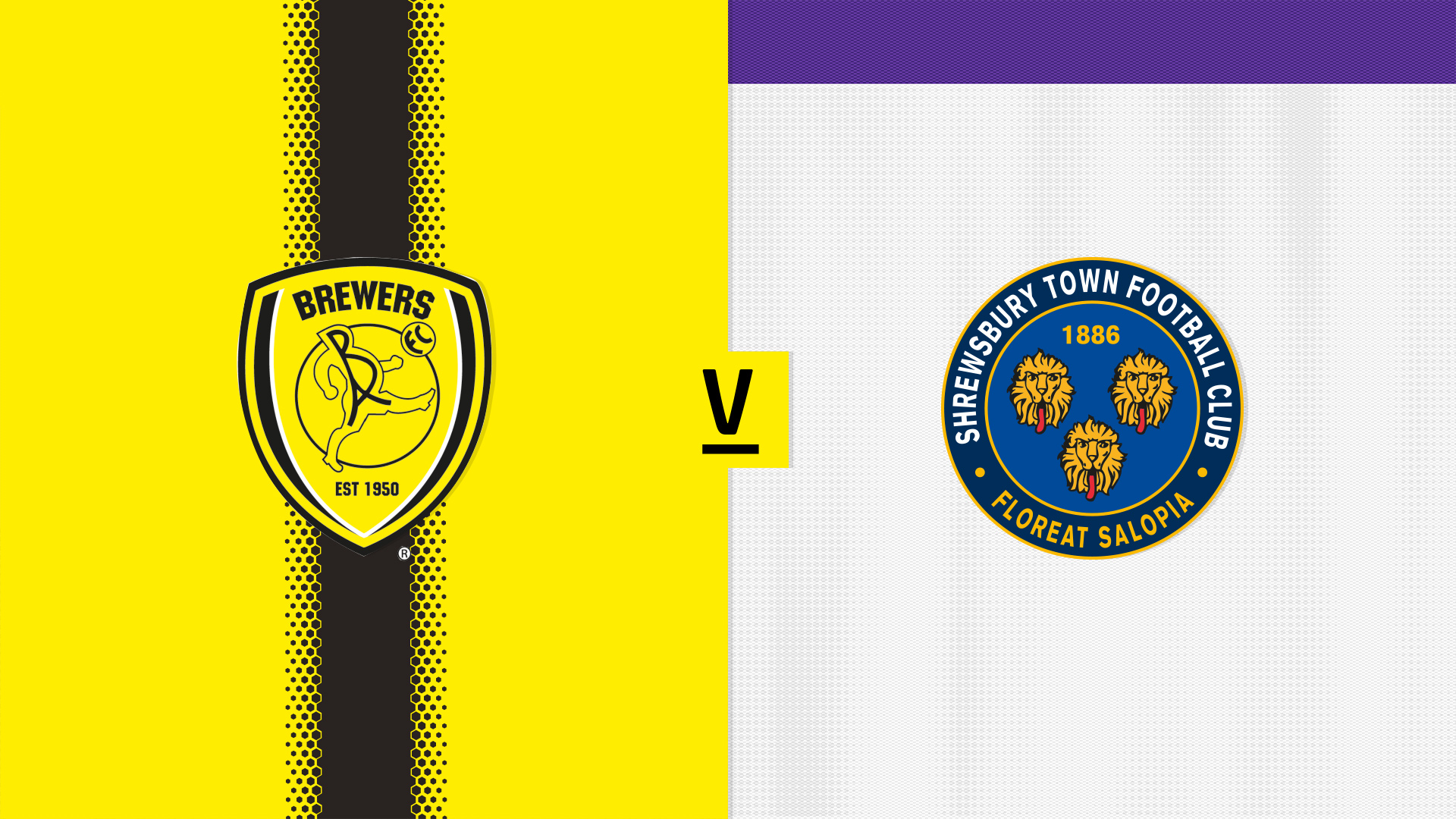 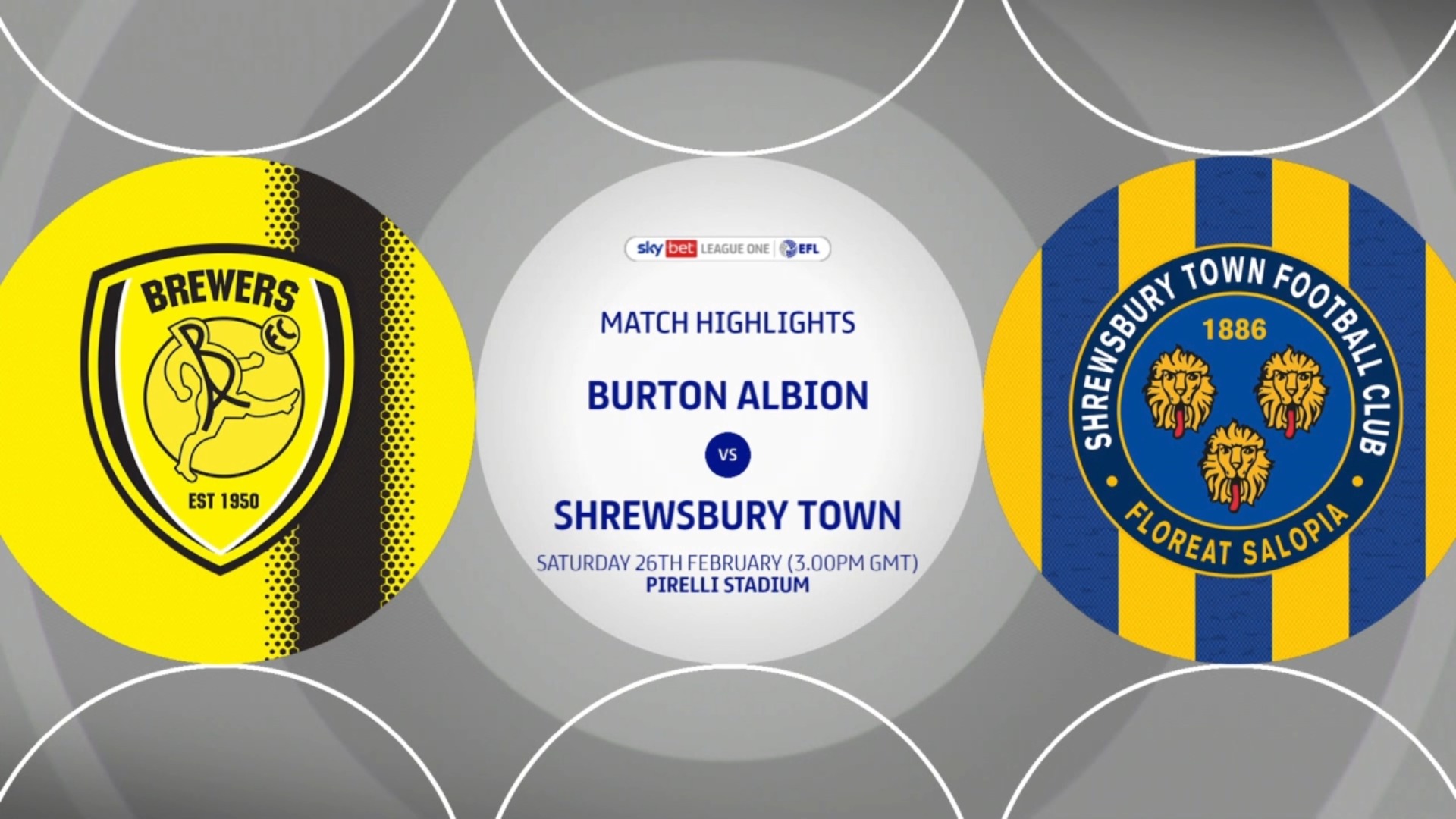 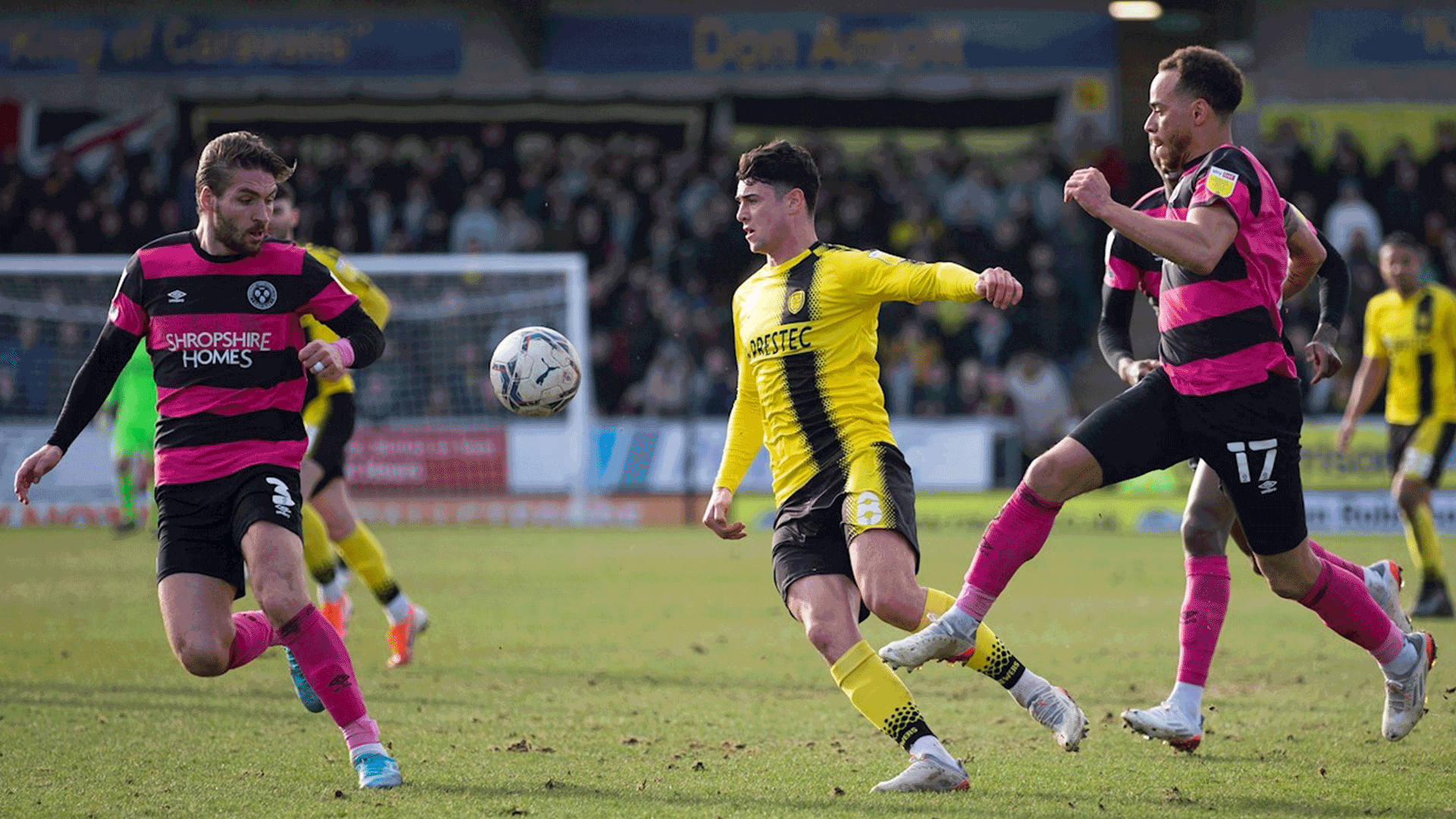