ALBION suffered a case of away day blues as they suffered a 3-0 defeat at play-off chasing Ipswich Town on a wet afternoon at Portman Road.

The Brewers chances of laying to rest the unwanted record of never having won in Ipswich were not helped by conceding with a matter of seconds on the clock. Kayden Jackson slotting home the opener to settle Town nerves. Albion responded well and threatened an equaliser for large parts of the first half but when Wes Burns slotted home a second just after the hour mark it made Albion's task insurmountable and Bersant Celina's close range finish sealed the points for the Tractor Boys.

With the fixtures coming thick and fast for Albion, boss Jimmy Floyd Hasselbaink felt the need to freshen his side with a couple of changes for the trip to Portman Road. Michael Macienne and Ciaran Gilligan dropped out of the team that triumphed over Bolton on Tuesday evening and there were recalls for Frazer Blake-Tracy in the back three, allowing Conor Shaughnessy to drop back into midfield, and Jacob Maddox who slotted into the midfield. Free agent signing Oumar Niasse began his spell with the club on the bench alongside Jonny Smith, returning from injury.

The home side roared out of the blocks and were quickly in front. Forty three seconds were on the clock when JACKSON's shot landed in the back of Ben Garratt's net, Wes Burns nicking the ball off William Kokolo on the half way line and feeding the striker to run through and finish from just under 25 yards out.

Albion began to fight back and were inches away from an equaliser on ten minutes, Maddox denied by a combination of keeper Christian Walton and mdfielder Lee Evans on the goalline from a rising effrot on the edge of the box.

Tom Hamer's long throws were causing uncomfortable moments at the back for the home side in the wet conditions and had Shaughnessy's timing been better he might have managed to head one of them into the net as it looped up off Hughes at the near post.

Little was seen of Ipswich from an attacking perspective until Aluko managed to get Burns free on 29 minutes inside the box but his final ball across was too pacey and too far in front of his strikers to pose a threat to the Burton goal as the home side tried to get on the front foot after a sustained spell of Burton pressure.

Joe Powell forced a smart save from Christian Walton in the Ipswich goal on 35 minutes, a free kick 25 yards out, on the angle, offering him the chance to try and catch out the home keeper at his near post with everyone expecting a curling cross into the box.

A minute later and Ipswich had the chance to double their lead, Burns' cross eventually falling to the feet of Joe Pigott and the striker watching on as his effort thudded back off the post.

Town did have the ball in the net from a free kick moment later but the flag of the assistant was quickly raised to rule out Luke Wollfenden's finish, the big defender one of a couple of players to have strayed offside as the ball came in from Sone Aluko.

and the home side had a glorious chance to stamp their authority on the scoreline with the final chance of the half when Blake-Tracy's attempted pass back to his keeper fell short and invited Aluko to seize possession. The attacker's pass across the box wasnt the best but eventually came for Jackson who pulled his shot across the face of goal and wide.

Albion started positively, in much better conditions, when played resumed after the break but their encouraging play was not rewarded with an equaliser and it was Ipswich who threatened a second when Burns drifted inside and was allowed to get a shot off that Garratt cautiously watched bounce wide of his post.

Aluko had Garratt at full stretch on the hour mark with a smart shot on the turn that the Burton keeper managed to gather in at the second attempt but there was little Garratt could do moments later when Jackson scampered down the left, crossed low and when the ball broke for BURNS he found the roof of the net beyond the grasp of the Albion stopper.

Albion immediatelt turned to Niasse in search of a response but along with Blake-Tracy the new signing picked up a yellow card, the striker late on keeper Walton as he came out of his box to clear.

Smith returned to Brewers action for the final quarter of the game, replacing Saydee as Albion pepped up their attacking options looking for anything that might give them a route back into the game.

Smith served up an opportunity for Powell on the edge of the box but his shot deflected up off an Ipswich defender and looped over the bar.

Albion's last throw of the dice from the bench was to send on Harry Chapman in place of Kokolo on the left for the last quarter of an hour or so of the game.

Substitute CELINA wrapped things up for the home side on 78 minutes making a run to the back post to get on the end of a perfectly weighted cross from Jackson after the striker had been sent free down the right hand side this time.

Ipswich were denied a fourth when skipper Sam Morsy was denied inside the boxand Burns was Burns was denied by a blocking lunge from Brayford as the game ticked away with Ipswich still looking for more goals. Substitute James Norwood also failed to add a fourth in stoppage time , Garratt getting down well to deny him at close range when he looked certain to score.

On a difficult day Albion's record was stretched to five trips to Town without a win as they continue to be a bogey side for the Brewers.

BREWERS fans travelling to Ipswich on Saturday are reminded that the game is all-ticket and that you cannot pay on the day.

You can still buy tickets for the game if you want to travel.

Tickets go off sale at 4pm tomorrow, after which you will not be able to purchase tickets for the game. 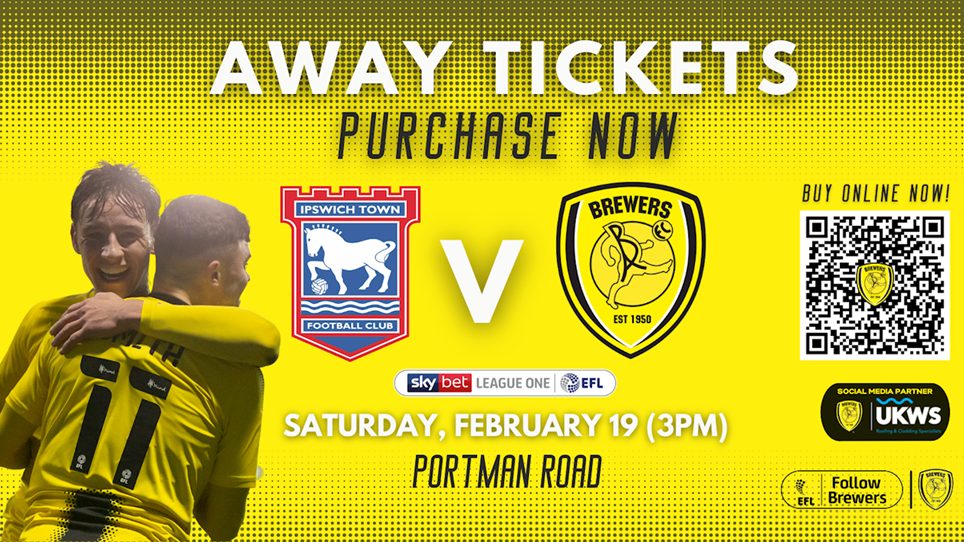 NOW ON SALE: IPSWICH TOWN (A) TICKETS AND COACH TRAVEL


BURTON Albion have three big away trips in February – and tickets are now on sale for the second of them, our visit to Ipswich Town! 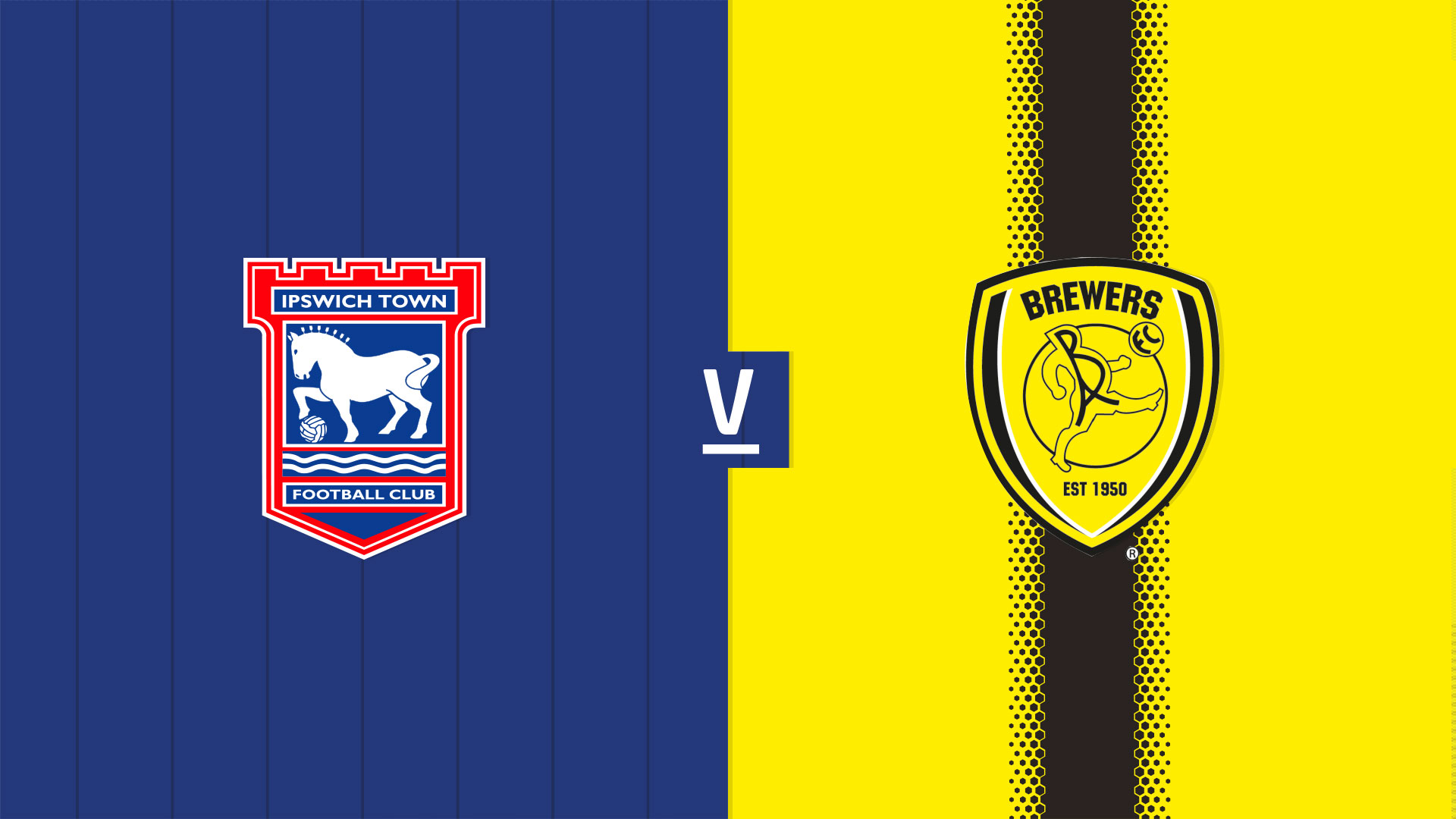 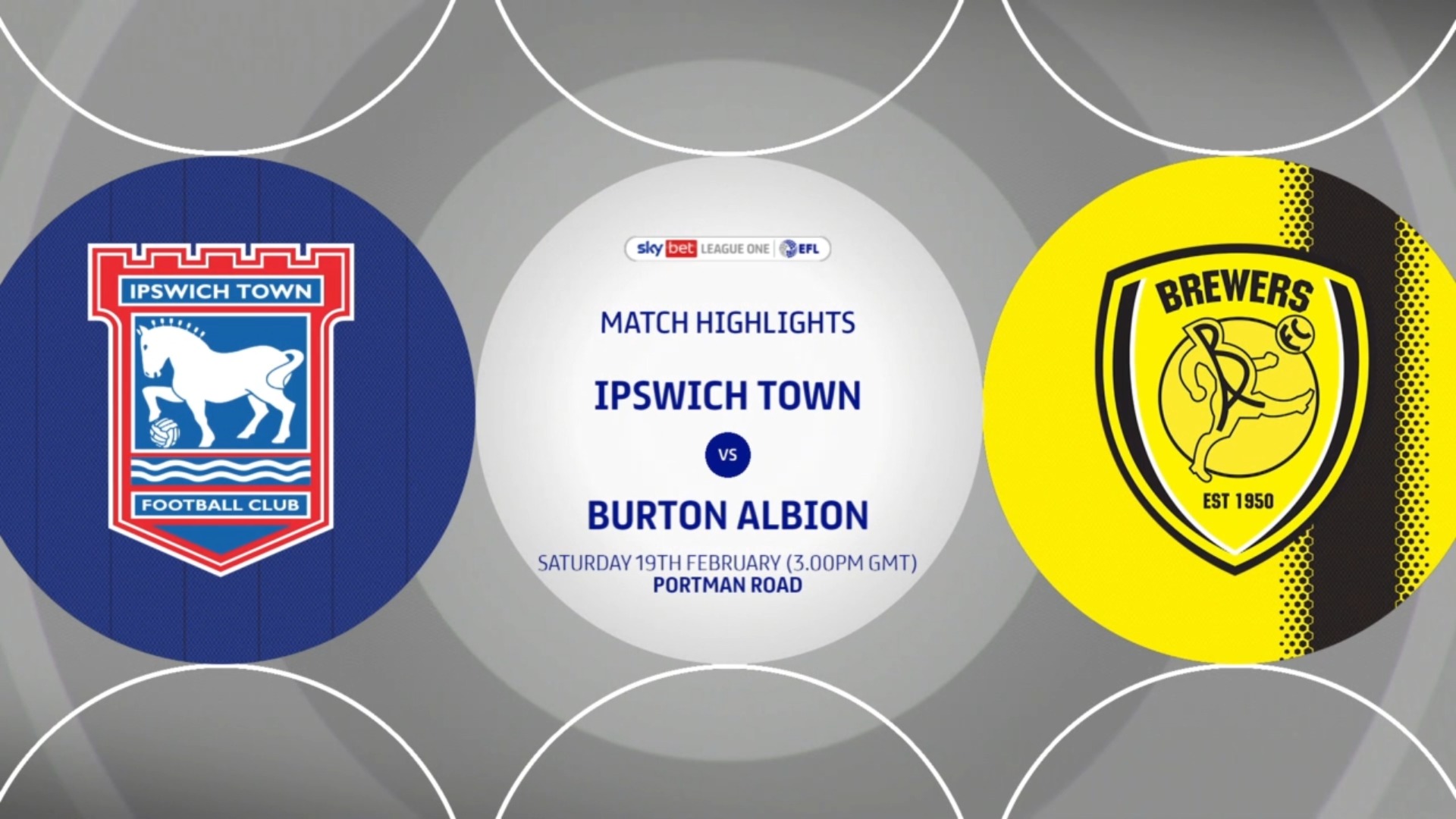 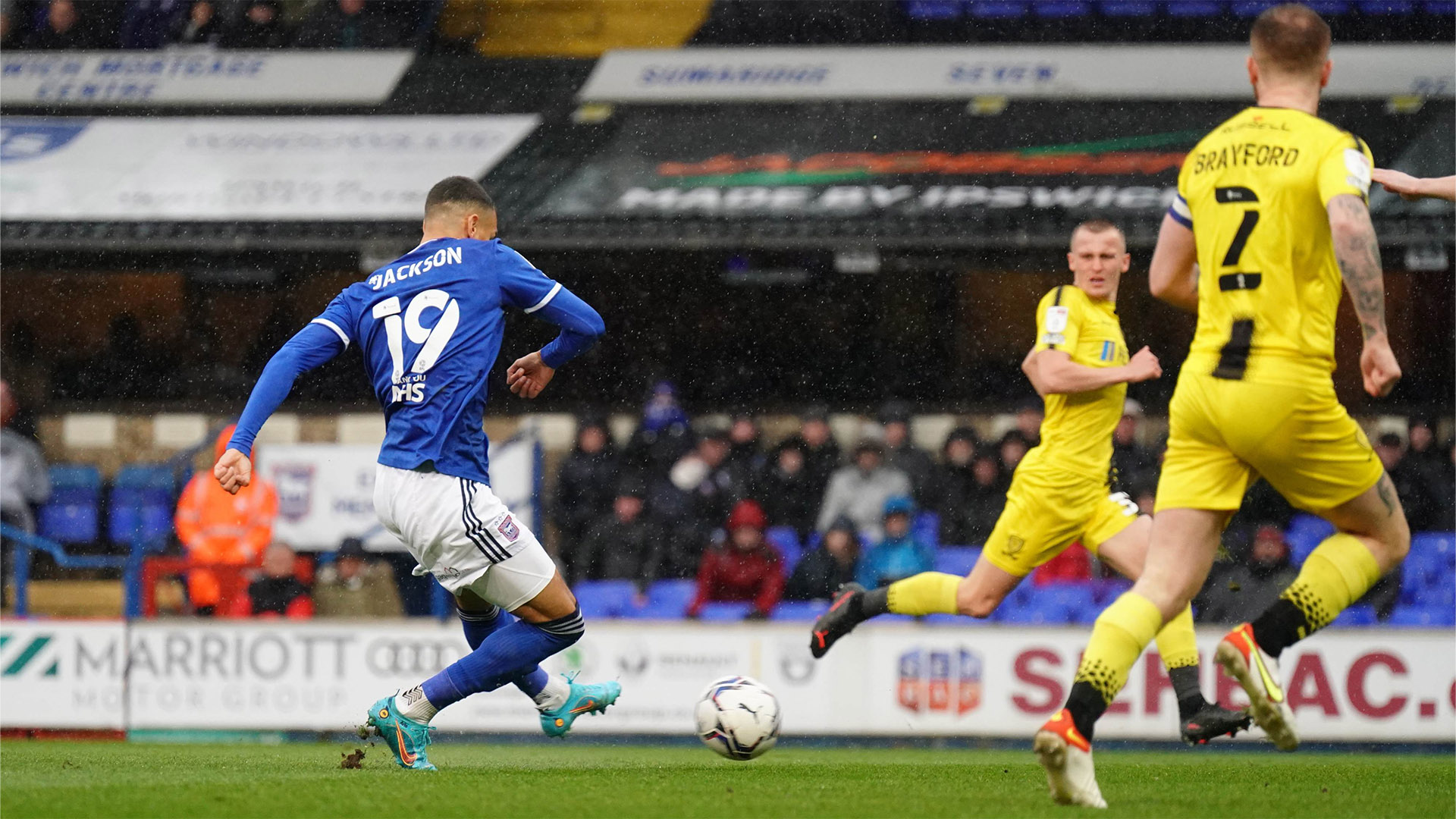