The Brewers head into tomorrow’s following two consecutive away matches, with the most recent being a 3-1 victory at Gillingham last Saturday. The win over Gillingham continued Albion’s unbeaten start to the year and saw goals from Tom Hamer, John Brayford and Jonny Smith.

Wimbledon are without a win in their last six matches in all competitions, with their last two matches both ending in 0-0 draws against Morecambe and Portsmouth respectively.

Albion edge the head-to-head record against Wimbledon, with the Brewers winning six of the 15 games in which the two have faced off competitively in the EFL. AFC Wimbledon have won on three occasions with six ending in a draw.

The Brewers have not lost against the Dons in the last eight times the sides have faced off, with the most recent ending in a 1-1 draw at Plough Lane earlier this season.

Connor Shaughnessy and Jacob Maddox will return from injury and be available for selection in tomorrow’s squad, according to manager Jimmy Floyd Hasselbaink.

Hasselbaink also confirmed in his pre-match press conference that striker Louis Moult has this week tested positive for COVID-19.

AFC Wimbledon defender Ben Heneghan could return after previously missing the Dons midweek draw with Portsmouth due to a positive COVID-19 test.

The referee for tomorrow’s game will be Andrew Kitchen. He has handed out 47 yellow cards and two reds in the 18 games he has refereed in all competitions this season.

He will be assisted by Robert Atkin and Richard Woodward. The Fourth Official for tomorrow will be Anthony Moore.

There will be a bucket collection at the turnstiles at tomorrow’s game to help raise money towards Burton Albion Community Trust’s 2022 Ghana Project.

Fifteen volunteers from BACT will travel to Ghana, in April, spending 10 days there as part of a charity project to support a local school in Woe. This is the fifth trip BACT has undertaken in partnership with African Adventures.

Burton Kia, of Centrum Gate, Burton, is a franchise dealership retailing new and used cars plus Kia aftersales. The firm has been local sponsors of Burton Albion for several years and has been able to supply various sponsored cars to the first team squad.

The multi-award-winning dealership has recently added more accolades to its portfolio including the Platinum Prestige Dealer Award at the 2021 Kia Dealer Excellence Awards. The annual and globally recognised award is presented by Kia UK to the best performing UK dealer partners.

This year, Burton Kia is the only UK recipient of the award, with just three per cent of Kia dealers globally awarded the Platinum status.  Additionally, Burton Kia came in second place for the Dealer of the Year Award, which takes into consideration overall performance in sales, after sales and customer experience throughout the past year.

In both sales and after sales award categories, Burton Kia ranked in the top ten of the entire Kia UK dealer network. Representing the firm today is Managing Director Ian Bullock and his guests.

Our Programme and Man-of-the-Match Sponsors are two lifelong Brewers fans, Mick Clifford and Paul “Rusty” Reynolds, who are jointly celebrating their 70th birthdays with close family and friends in hospitality.

Mick remembers being taken along to those early matches at Lloyds and then meeting up with his Grandad at Eton Park behind the goals at the Derby Road end. Mick’s Grandad and his father Walter, who was also a schoolboy referee, believe that both of them bought some of the original shares.

Mick's son Shaun was a steward at Eton Park in his youth and Mick turns out come hail, rain or shine to continue supporting the Brewers to date. Paul has been to many matches over the decades and recalls as a schoolboy being there on the very day when in 1964 the Brewers won the Southern League Cup final against the “mighty Weymouth” 5 -2 on aggregate, with the likes of Richie Barker and Stan Round.

The Family Zone will feature music, lots of games and activities, teas and coffees. Visitors to the Family Zone will be encouraged to grab an ‘honesty flag’ to use during the game to cheer on Jimmy Floyd Hasselbaink’s team which we ask you to return after the match.

They will be serving their popular Don Burger and a contribution will be made to Burton Albion Community Trust - so make sure to get a burger on matchday!

BURTON Albion fans will not be required to provide proof of Covid vaccination status to attend games at the Pirelli Stadium.

We are looking forward to welcoming you to all home games as usual and we will be taking extra measures to ensure your safety. All Burton Albion staff will wear masks at all times and will undertake lateral flow tests before entering the ground.

We also encourage supporters to wear a face mask in all areas of the stadium when not eating or drinking.

Hand sanitisers will be widely available around the ground and fans are encouraged to use them.

We would also encourage fans to take a lateral flow test before attending games and to NOT come to the Pirelli Stadium if they are unwell. You can read our Covid Code of Conduct HERE https://www.burtonalbionfc.co.uk/news/2021/august/covid-code-of-conduct/

This game is not available to live stream, but you can buy an audio only Match pass for £2.50. https://www.burtonalbionfc.co.uk/ifollow/subscribe/

Prices increase by £2 on matchdays - but you can back us by paying in cash on the turnstiles for the terraces (home fans only).

In a game of few clear cut chances it was the visitors who grabbed the lead with twenty minutes remaining, Ollie Palmer sliding the ball in from a tight angle to put them in sight of a first ever win at the Pirelli Stadium but a barnstorming run from Joe Powell seven minutes later saw a low cross towards the far post and Jebbison on hand to bundle the ball home.

Albion showed just one change to their starting line-up from the confidence-boosting 3-1 win away at Gillingham on their last outing. Tom O'Connor dropped out of the team in midfield, his place going to Academy graduate Ciaran Gilligan for his first League appearance of the season.

And the young midfielder was involved in a moment of controversy inside the first couple of minutes as his cross seemed to be blocked by the arm of a Wimbledon defender with referee sticking with his decision to only award a corner after consulting with his assistant.

A raking ball out from the back from Deji Oshilaja picked out Tom Hamer in space on the right and his cross was awkwardly headed behind by Will Nightingale but from the resulting corner Wimbledon broke with pace through Dapo Mebude who raced half the length of the pitch before sliding his shot across goal and wide of the far post under pressure from the fast-recovering Oshilaja.

The Wombles carved out a decent chance on nineteen minutes, former Chelsea youngster Luke McCormick drilling a low cross through the box and although it evaded striker Ollie Palmer it came for skipper Alex Woodyard just outside the box, the midfielder blazing the ball over the bar.

Gassan Ahadme spurned the perfect oportunity to grab his first Albion goal on the half hour. Peeling away at the back post he connected with a deep cross from Oshilaja but directed his header across the six yard box and wide of the far post.

Albion worked a great chance on 38 minutes as Jebbison outmuscled Nightingale before driving into the box and although his shot was saved by Nik Tzanev the ball eventually came out to Joe Powell who saw his effort smothered at the second attempt. A minute later and Albion were in again, Jebbison again getting the better of Nightingale to prod the ball inside for Gilligan who helped it on to Ahadme, the former Norwich man sweeping a first time shot just wide of the upright.

Ahadme worked a chance for himself in the opening moments of the second half but he dragged a low shot wide of the post without troubling Tzanev.

Jebbison was proving a real handful for the Wimbledon defence and his trickery on the edge of the box opened up a chance for Hamer steaming in on the right but he blazed his effort well wide.

Albion's on-loan Sheffield United frontman was next to go close when another Oshilaja cross found him inside the box but guiding his header on target he was denied by Tzanev who dropped comfortably onto the ball.

Wiimbledon susbtitute Ayoub Assal had only been on the pitch a matter of moments when he spurned the best chance yet for the visitors. A chipped ball into the box found Albion short of cover and when Jack Rudoni nodded the ball into the path of the substitute he only had Garratt to beat but skied his effort well over the bar.

Assal had a hand in Wimbledon's goal when it came with twenty minutes remaining. Combining with Rudoni they opened up space for PALMER who found the net off the inside of the far post.

But Albion were fired up for an equaliser and a long mazy run from Powell took him deep into the Wimbledon box, his low cross eventually bundled home from close range by JEBBISON.

The striker was close to a tenth goal of the campaign not long after when he was picked out by a neat pass from substitute William Kokolo turning in the area and seeing his rising shot plucked out of the air by Tzanev.

Wimbledon saw an effort cleared off the line by Hughes but it was Albion pressing at the end but just unable to force a winner as they continued their unbeaten start to the calendar year.

TICKETS are now on sale for our home against AFC Wimbledon.

This Sky Bet League One game takes place at the Pirelli Stadium on Saturday, January 22, at 3pm. 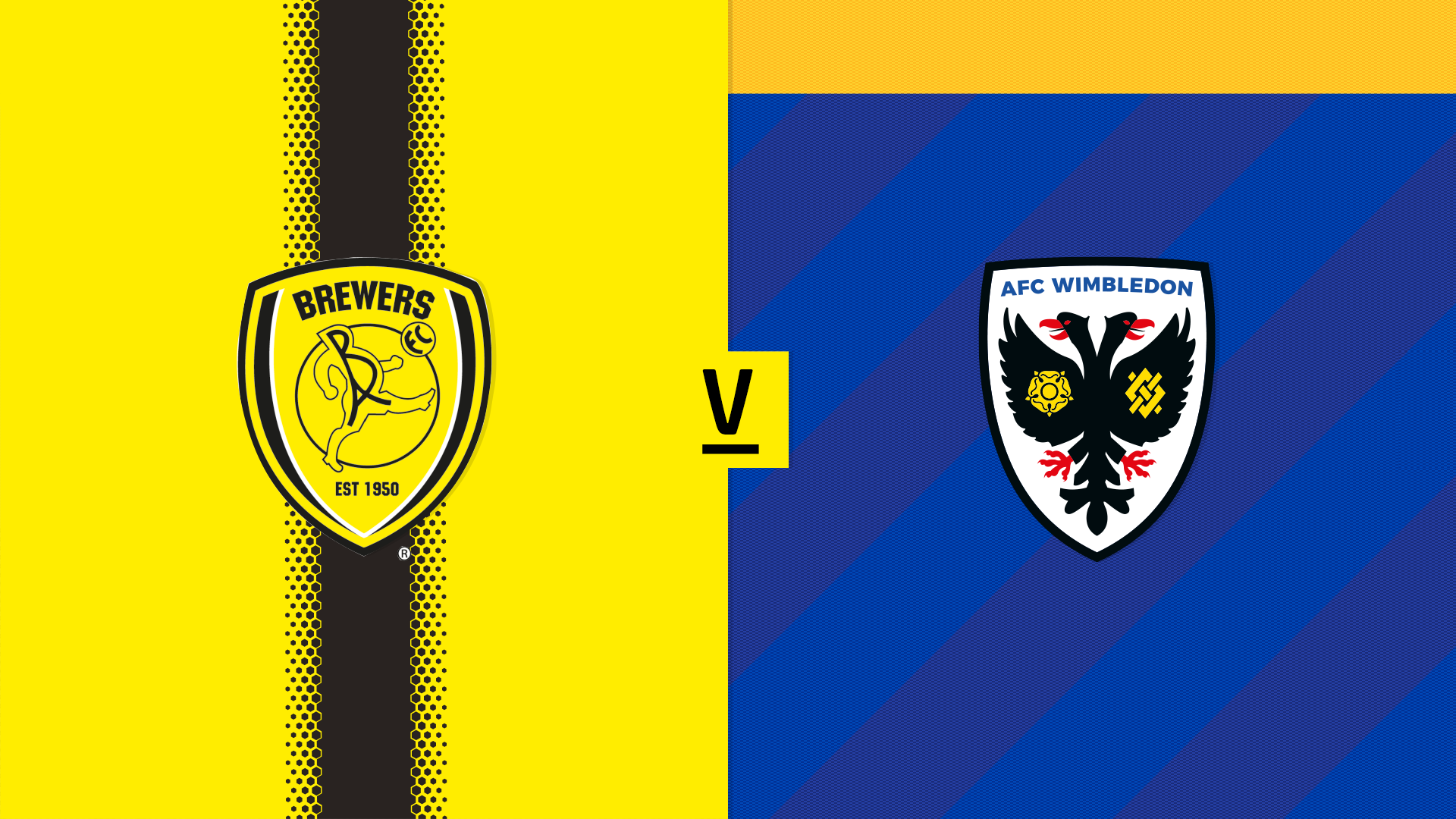 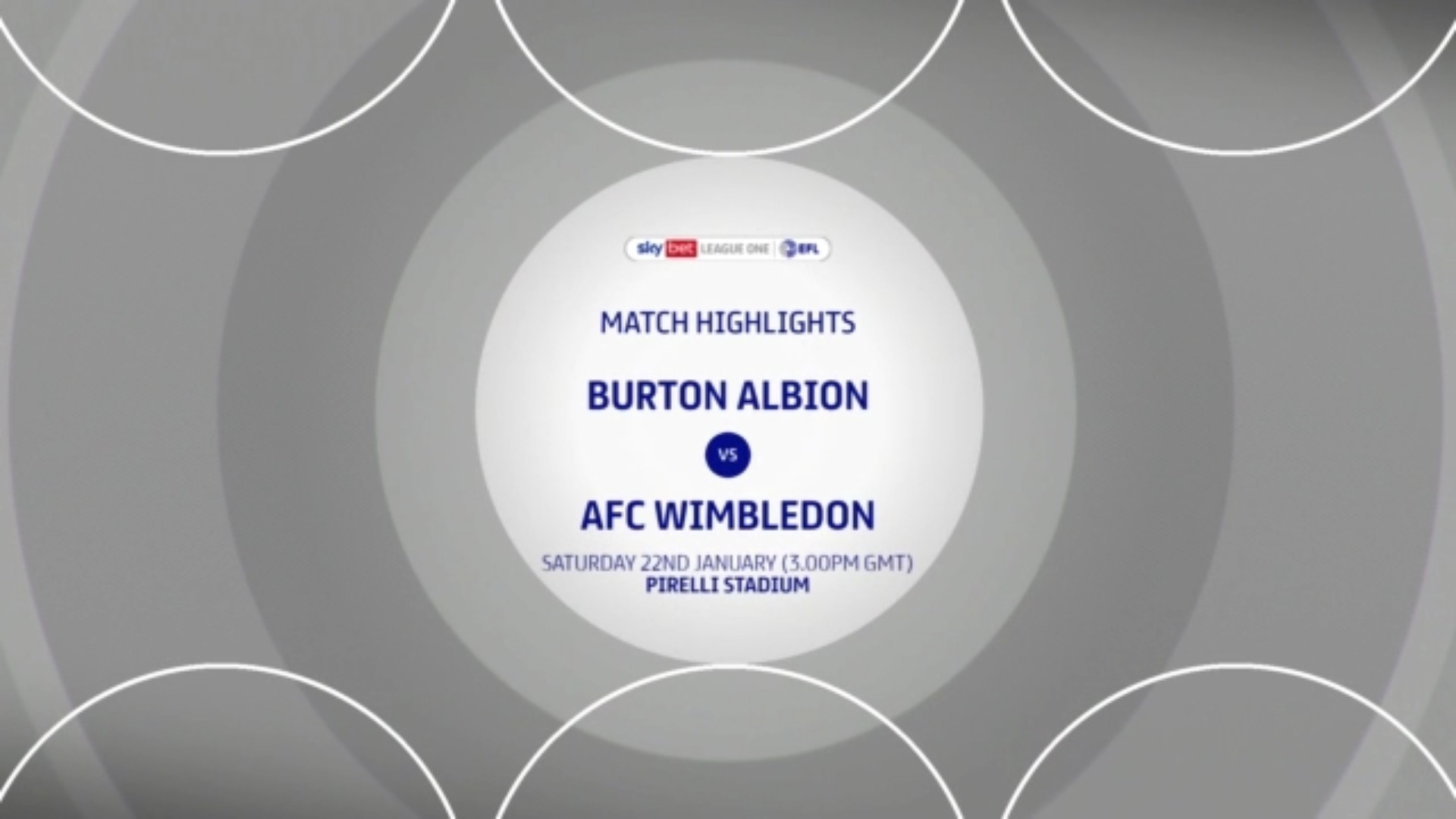 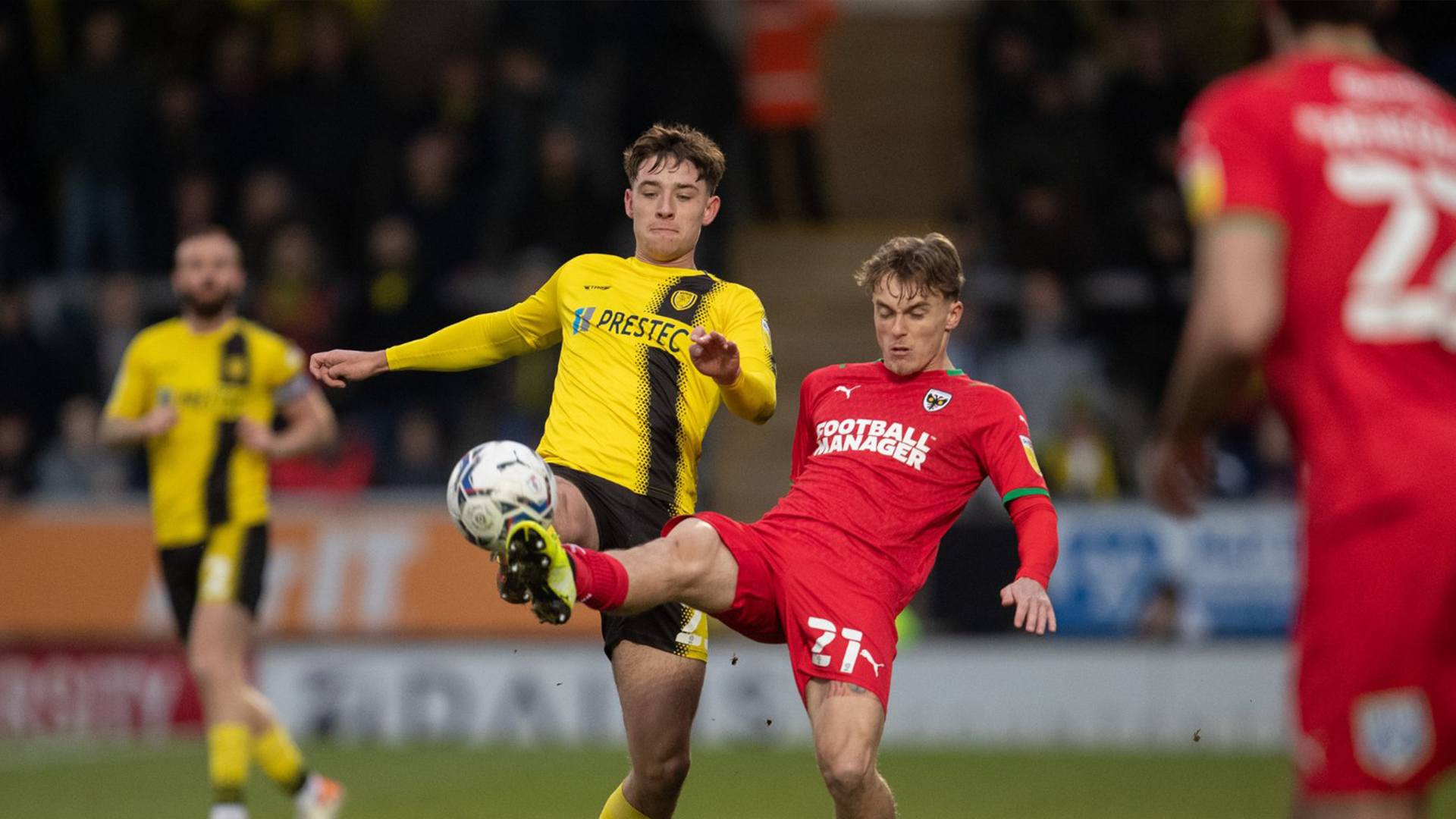