BURTON Albion marked the first anniversary of the return of manager Jimmy Floyd Hasselbaink with a thumping 4-1 win over Crewe Alexandra to kick 2022 off in style.

After a three week hiatus due to COVID the Brewers hit the ground running with Harry Chapman's first goal of his loan spell sparking a good team performance that took the game away from Crewe after Tom Lowery had equalised.

Skipper John Brayford, on his return put Albion back in front and Kane Hemmings' stunner had the Brewers 3-1 up at the break and the victory was topped off by Daniel Jebbison's stoppage time strike.

After the three week break it was an Albion side showing two changes from their last outing at Rotherham that took on Crewe in the opening game of 2022. Brayford made a welcome return and slotted into the back three alongside Conor Shaughnessy and Ryan Leak whilst there was also a return for Jacob Maddox as part of the attacking trio with Terry Taylor and Lucas Akins the men to drop out of the matchday squad.

It was Albion with the first real opportunity as a Tom Hamer throw in unsettled the Crewe defence with Deji Oshilaja heading into the danger area and Ryan Leak heading across goal and agonisingly wide of the far post. Albion's bright start continued and they hit the front on six minutes. A ball up the left hand channel from Borthwick-Jackson picked out the run of CHAPMAN and the winger cut into the box before calmly rolling the ball home from twelve yards.

Crewe madea decent fist of trying to find an equaliser with striker Chris Porter heading a chance wide and midfielder Tom Lowery tricking his way deep into the Burton penalty area before driving the ball through the six-yard box and nobody ablw to get a touch on it from a Crewe perspective.

But when the equaliser came it was from a nothing situation. Albion tried to clear the ball but it came to LOWERY 25 yards out and this time he took aim and lashed home an unstoppable rising drive beyond the fingertips of Ben Garratt.

Albion gathered themselves and went again retaking the lead on 25 minutes. A long throw again unsettled the visitors and when BRAYFORD's first effort was blocked the skipper picked himself up and poked home the loose ball.

Hesitant defending almost cost Crewe a third goal on the half hour a loose clearance finding Hemmings and when his shot was saved by Dave Richards in the Crewe goal the ball came back out and it cannoned off two Crewe defenders before dropping just wide of the post and only costing them a corner.

As goals go they dont come much more clinical than Albion's third when it came on 34 minutes. Hamer punted the ball forwards and HEMMINGS did superbly well to turn his defender before sending a sumptuous half-volley over the head of Richards into the back of the net.

Albion thought they had a fourth when Chapman's effort was blocked and Hemmings bagged the rebound but the flag of an assistant ruled that Chapman was marginally offside from Hamer's original cross.

Crewe began to look bright in the opening exchanges of the second half but it was Albion carrying the first threat, Chapman and Hemmings combining well on the counter to carve open a chance for Charlie Lakin, the Brewers midfielder thwarted at close range by Richards.

More high intensity pressing from Maddox on 59 minutes sent Hemmings away but forced to shoot on his left foot he skewed his effort wide under pressure from a defender.

Borthwick-Jackson fancied getting his first goal just after the hour mark when another long throw wasonly partially dealt with but his low effort through a ruck of bodies was safely pouched by Richards.

The wing back was soon heading from the field after taking a knock and he became the second substitution of the game, replaced by Tom O'Connor after Joe Powell had come on for Charlie Lakin.

Garratt made an excellent save to keep the Brewers two in front when Mikael Mandron squirmed through but could not find a way past the sprawling Albion keeper.

A third change was forced on Albion with just over a quarter of an hour remaining as Chapman gingerly took his leave of proceedings after receiving treatment allowing Dan Jebbison to enter the fray.

Crewe were finiding it hard to make much headway in search of a goal that would put the game back on a knife edge for the closing minutes, in fact Albion went searching for a fourth with Powell, Maddox and Hemmings all having half chances to get on the scoresheet.

Jebbison went closest with a strong arm from Richards denying the striker after excellent work down the left from Powell but the Sheffield United loanee would have the last laugh bursting into the box onto an astute pass from Powell before beating Richards at his near post to complete a comfortable victory for the Brewers.

TICKETS are now on sale for our first home game of 2022 as we take on Crewe Alexandra.

This Sky Bet League One game takes place at the Pirelli Stadium on New Year’s Day with a 3pm kick off. 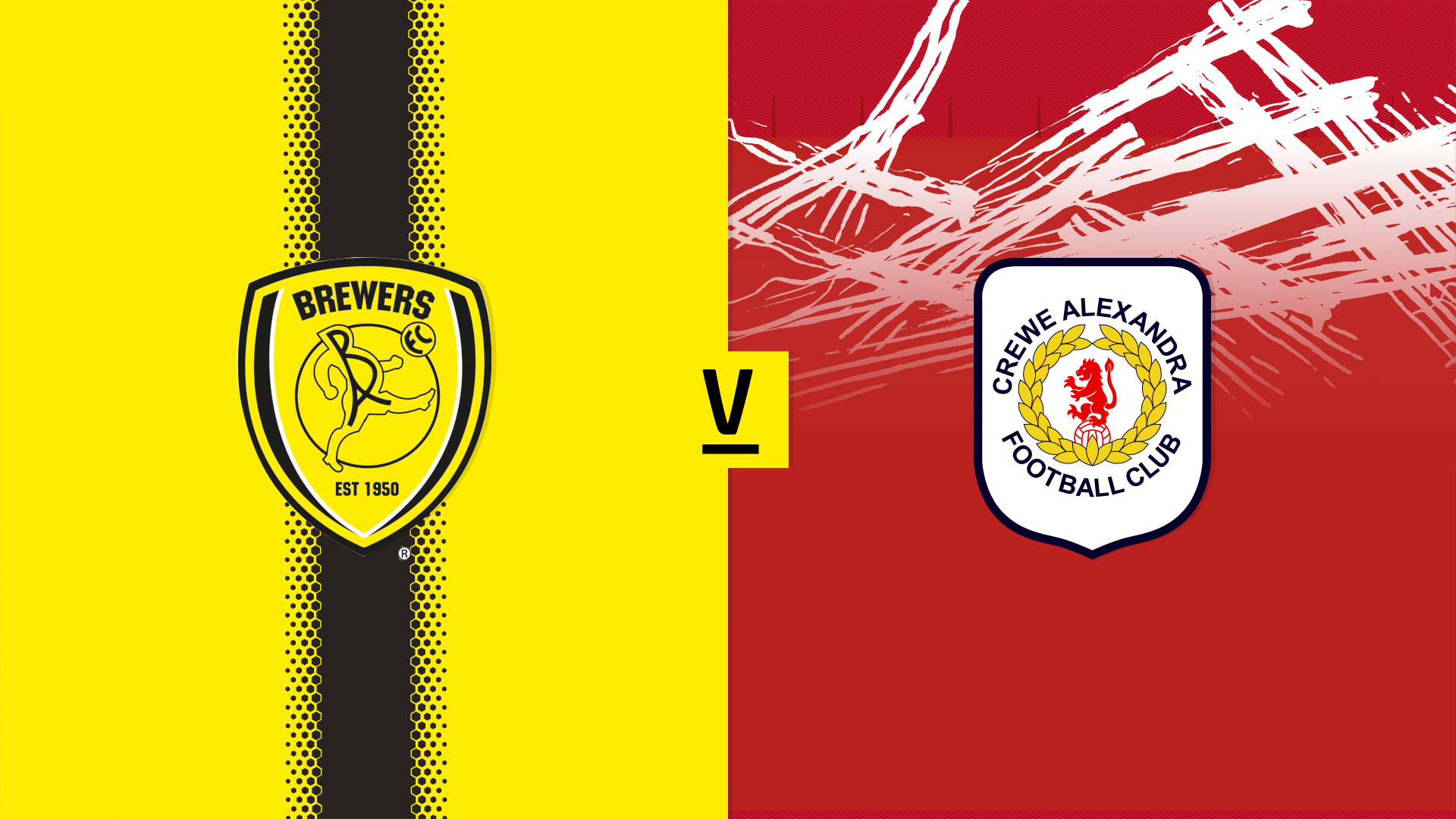 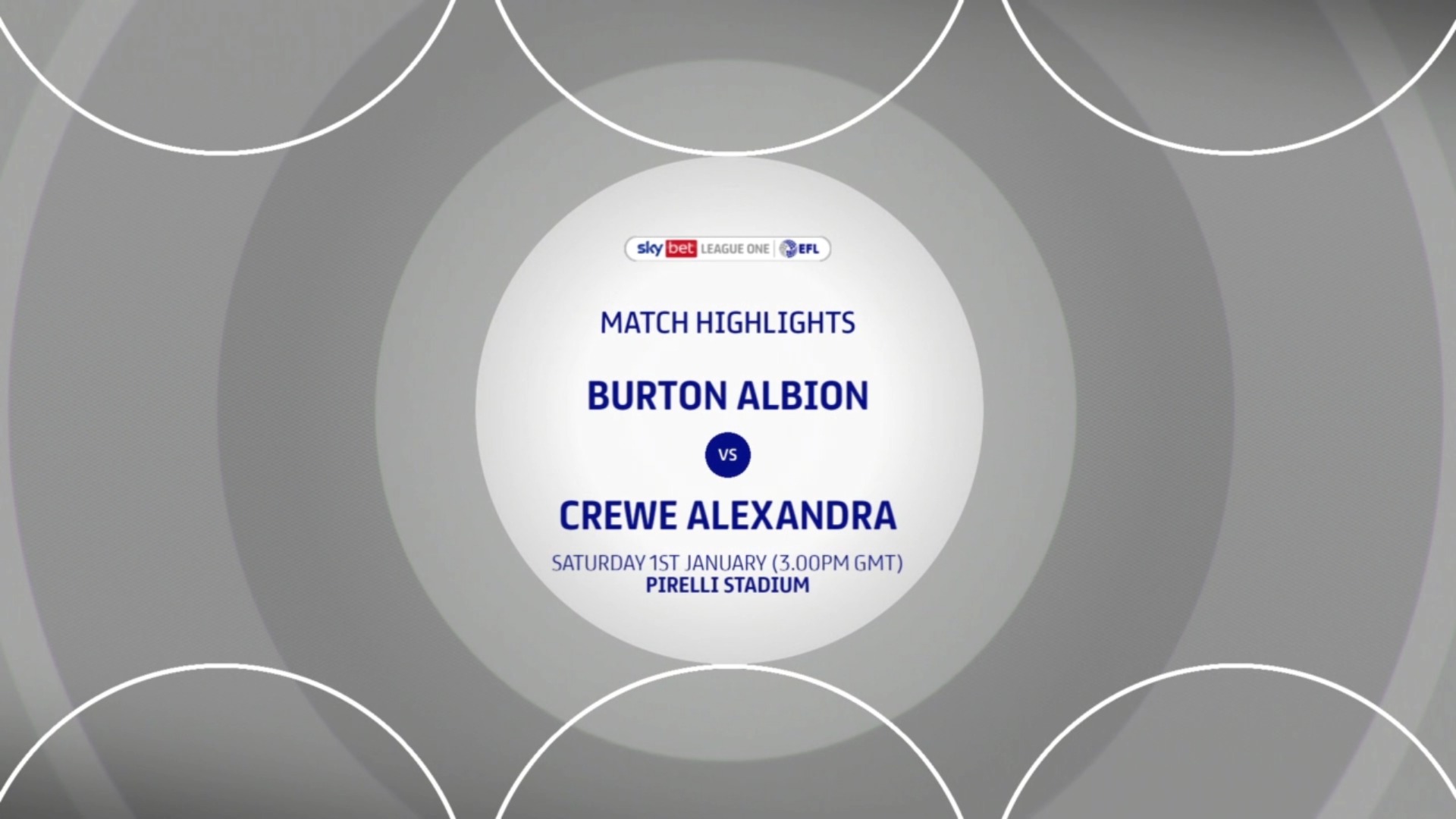 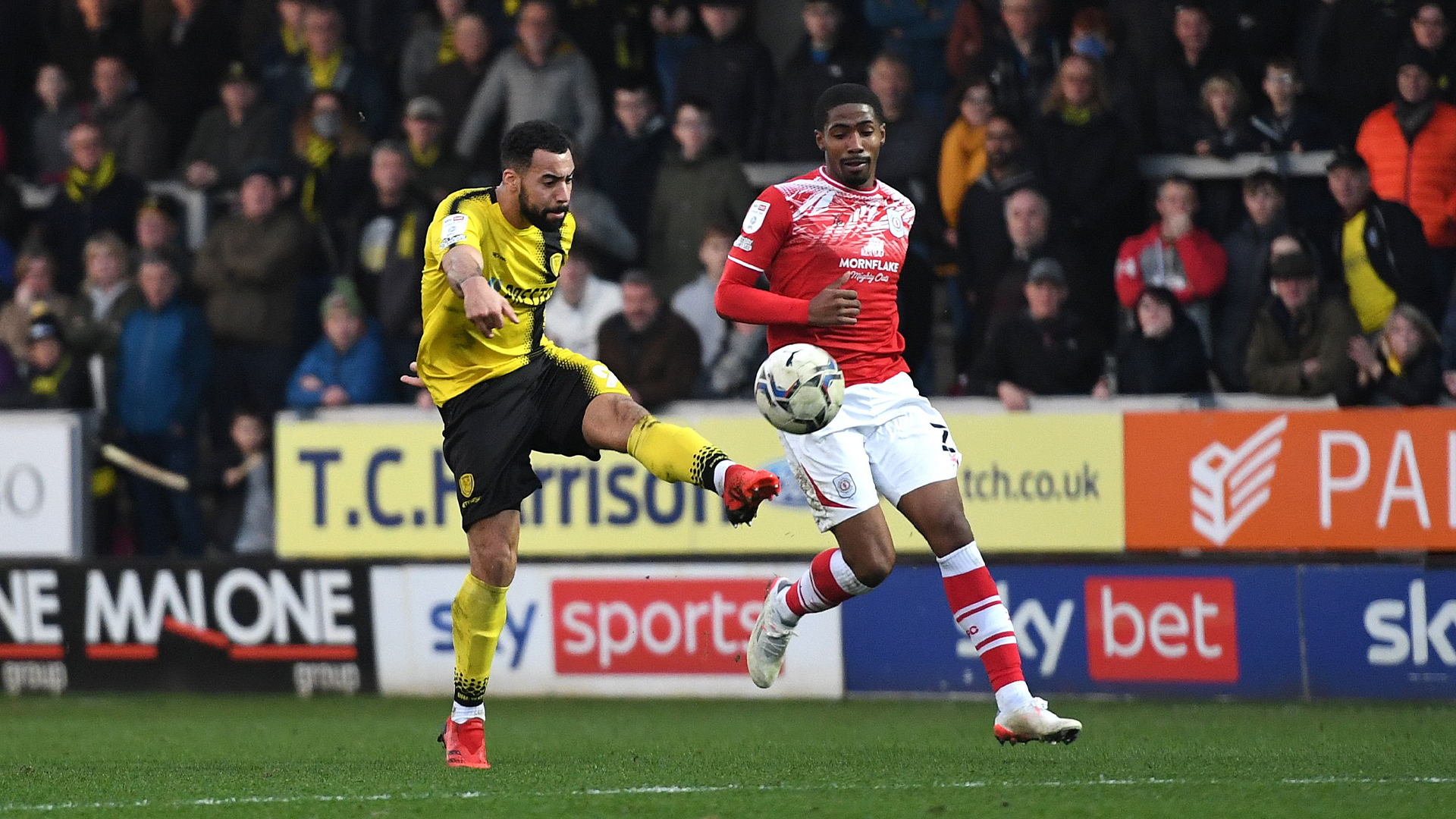