BURTON Albion will look to continue our unbeaten start to 2022 as we take on MK Dons under the lights of the Pirelli Stadium tomorrow (7.45pm kick-off).

The Brewers are unbeaten in our last four league matches, with the most recent game ending in a 1-1 draw at home to Wimbledon last Saturday. Prior to that the Brewers had won two out of three, with victories coming at home to Crewe Alexandra and away at Gillingham.

Milton Keynes come into the game off the back of a 1-0 defeat to second from bottom side Doncaster Rovers, ending a three-game unbeaten stint in all competitions.

MK Dons edge the head-to-head record with three wins in comparison to Albion’s two after defeating the Brewers 1-0 at Stadium MK earlier on this season.

This will be the third time the two sides have met this season, after the two faced off at the Pirelli Stadium in the Papa John’s Trophy in August of last year. That too ended in defeat for the Brewers, the Dons running out 2-1 winners.

Cameron Borthwick-Jackson is being assessed after a knock picked up against Wimbledon on the weekend. Sam Hughes also being monitored as precaution following his return to recent first team action - otherwise the Brewers have no new injury concerns going into tonight's game.

New signing Connor Wickham is set to feature after arriving last week and making his debut as a substitute in Saturday’s loss to Doncaster Rovers.

Fellow new addition Conor Coventry played the full 90 minutes for the Dons in that defeat.

The referee for tomorrow’s fixture will be Darren Handley who will be assisted by Lewis Raper and Christopher Wade. The fourth official for the match will also be Tom Reeves. 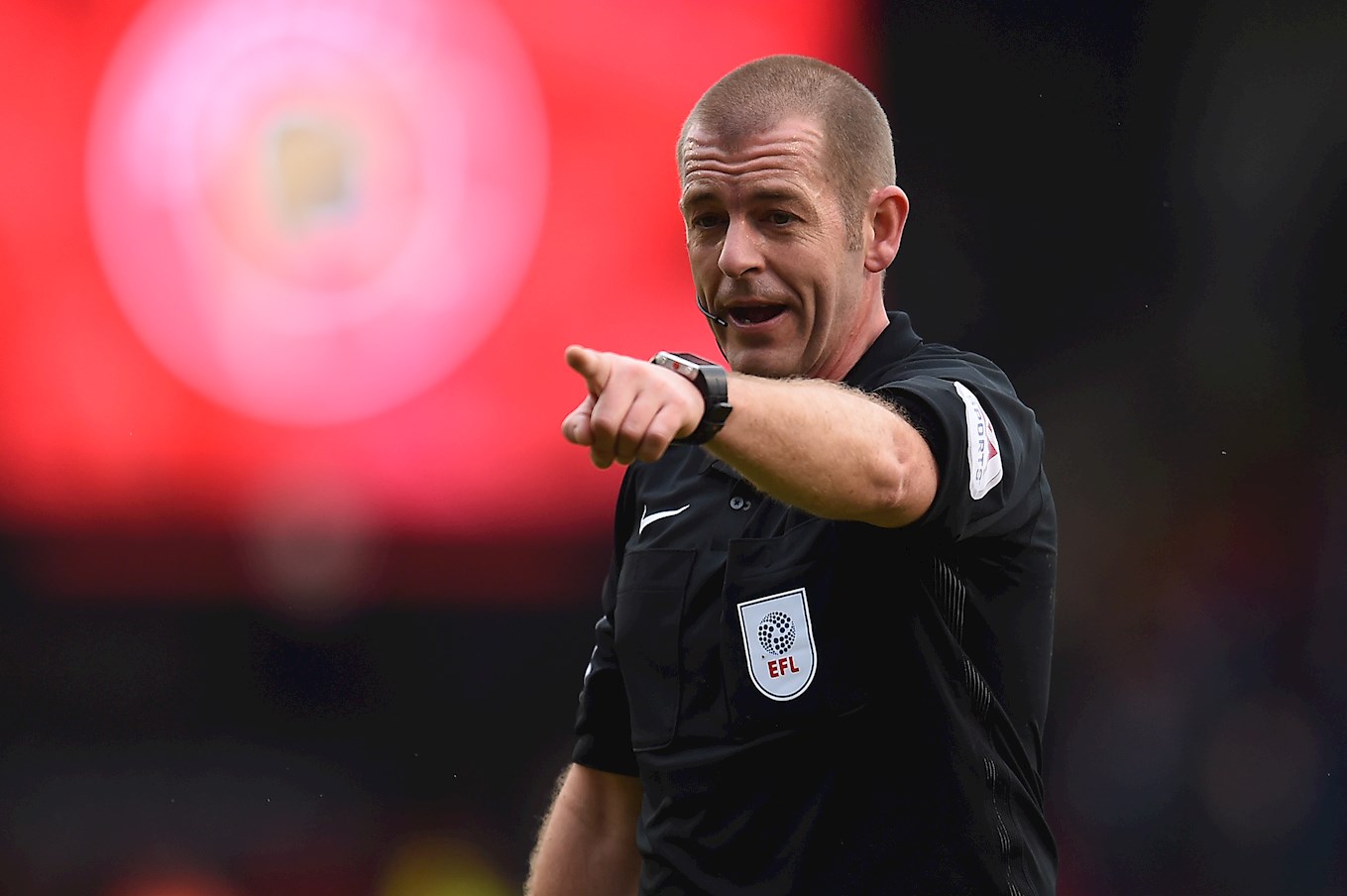 Raygar Architectural and Engineering Supplies Ltd is an independent supplier of ironmongery, tools andfixings based in Derby. The firm supplies bothtradesmen associated to the construction industry aswell as the public carrying out home improvements.

Raygar has just completed 26 years in business and still has the desire to grow and become even stronger and has expanded into the supply only or a supply-and-fit service of garage doors. The growth into the garage door market has continued far above the firm’s expectations with now over 250 forward orders. This has involved RAES having purchased a vehicle to transport them as well as a 40ft container just for the storage of the doors.

Joining us today are MD Ray Garlick and his guests.

The Family Zone will feature music, lots of games and activities, teas and coffees. Visitors will be encouraged to grab an ‘honesty flag’ to use during the game to cheer on Jimmy Floyd Hasselbaink’s team which we ask you to return after the match.

Brewers fans CAN pay in cash on the turnstiles for the terraces for this game, but will incur a £2 increase in pre-matchday prices.oIFOLLOW BREWERS

The Brewers looked set for a hard-earned point against one of this season's promotion chasers and appeared to have soaked up everything that the visitors could throw at them until a missed clearance saw the ball sit up nicely for Twine who made no mistake to beat Ben Garratt who had earlier made several superb saves to keep Albion in the game.

For Albion's second game in four days boss Jimmy Floyd Hasselbaink resisted the temptation to make a number of changes. In the end there was just one as Jacob Maddox returned to the side replacing Ciaran Gilligan whilst the substitutes bench saw returns for Conor Shaughnessy and Louis Moult.

Wolves loanee Theo Corbeanu was showing well in the early stages for MK and the winger drilled a dangerous ball through the six yard box with nobody able to apply a finishing touch before drilling an effort into the side netting as the Burton defence quickly closed him down.

John Brayford provided an aerial threat heading a cross wide from 12 yards before Corbeanu provided the next threat from the visitors drilling a low angled effort wide of Garratt's goal.

Garratt was forced into a good save on 21 minutes nimbly reaching up to tip a JOsh McEachran shot over the bar and from the resulting corner watching defender Tennai Watson's dipping effort bounce off the crossbar. The pressure was mounting and when McEachran had acres of space to run into Albion, potentially, looked exposed but when the ball was eventually worked to Scott Twine on the edge of the box his shot took a nick off a Burton defender that took the sting out of it and made for an ultimately comfortable save for Garratt.

The dangerous Twine set himself again inside the box five minutes before the break and this time it was Brayford stepping out to block the danger. A minute later and the visitors spurned their best chance yet, Garratt denying Troy Parrott and seeing the ball vome back into play off the post but Mo Eisa was unable to convert from a couple of yards out.

The second period wads only three minutes old when MK threatened to break the deadlock. Onyl a superb piece of goalkeeping from Garratt denied Parrott who had peeled away at the back to find room for a shot that looked destined for the back of the net.

Shaughnessy was the man to get the call from the bench when Albion made their first change ten minutes into the second half. Albion were starting to get overrun in the early stages and the change saw a straight swap as the big Irishman came on for Terry Taylor in a holding midfield berth.

Cameron Borthwick-Jackson was forced off with a knock that left him struggling on the hour mark and it was another chance for William Kokolo to come on and impress.

The play was broken up with fifteen minutes remaining when a nasty clash of heads between Parrott and Sam Hughes left the Burton man requiring lengthy treatment and a substantial bandage to the head when they both returned to the action.

The final seven minutes saw a long awaited Brewers debut for striker Louis Moult as he provided the fresh legs in place of Ahadme as Albion went in search of a late winner.

MK quickly won a corner and went close to a goal when Parrott glanced a heaxder wide in a crowded penalty area.

Seven added minutes, mainly for the stoppage attributable to Hughes' injury saw MK pressing for a winner and it was Twine who fired home a dipping volley deep into added time to break Albion's hearts after a battling performance.

TICKETS are now on sale for our home game against MK Dons – the last chance to see the Brewers in action before Christmas.

This Sky Bet League One game takes place at the Pirelli Stadium on Saturday, December 18, at 3pm. 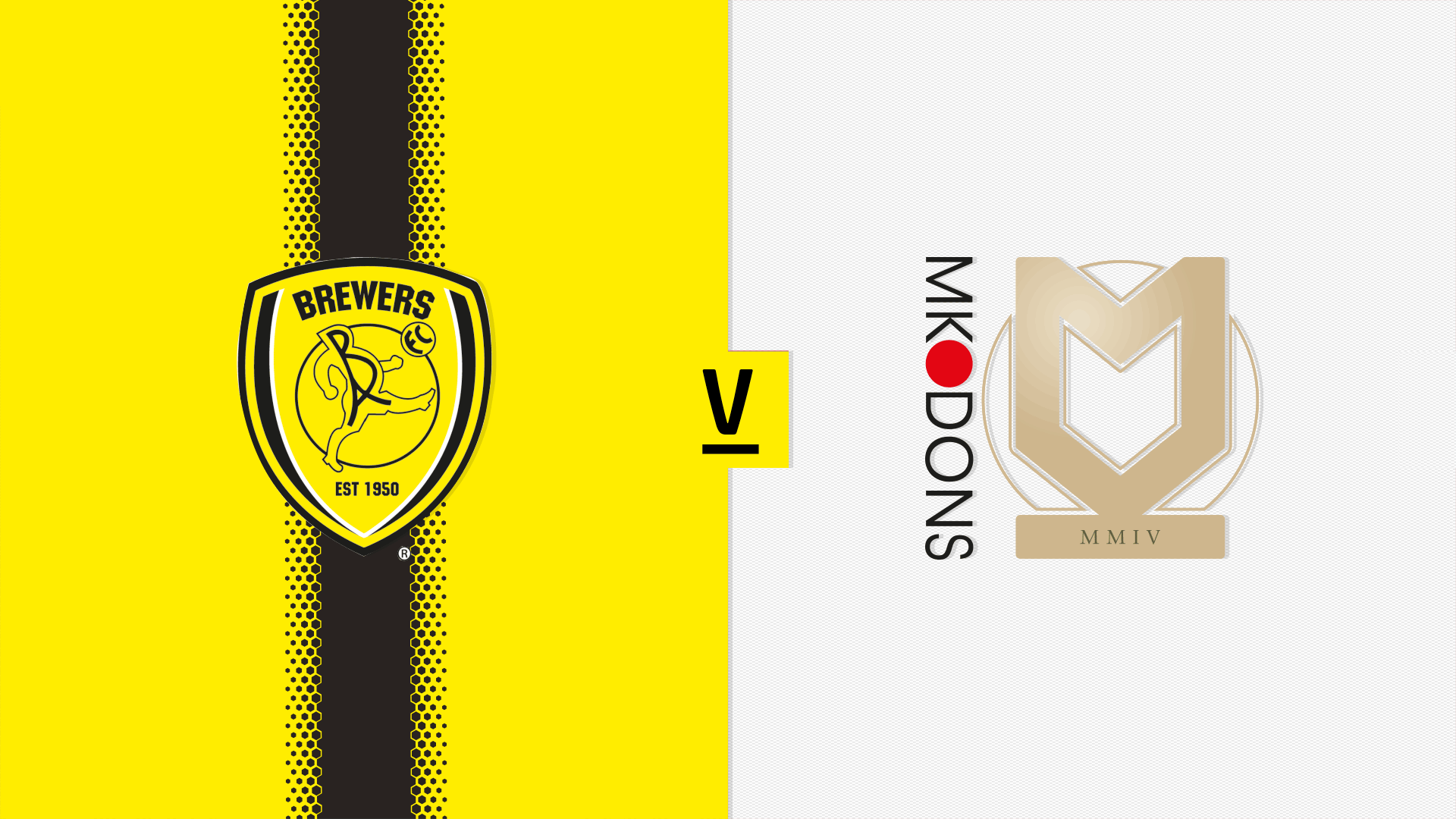 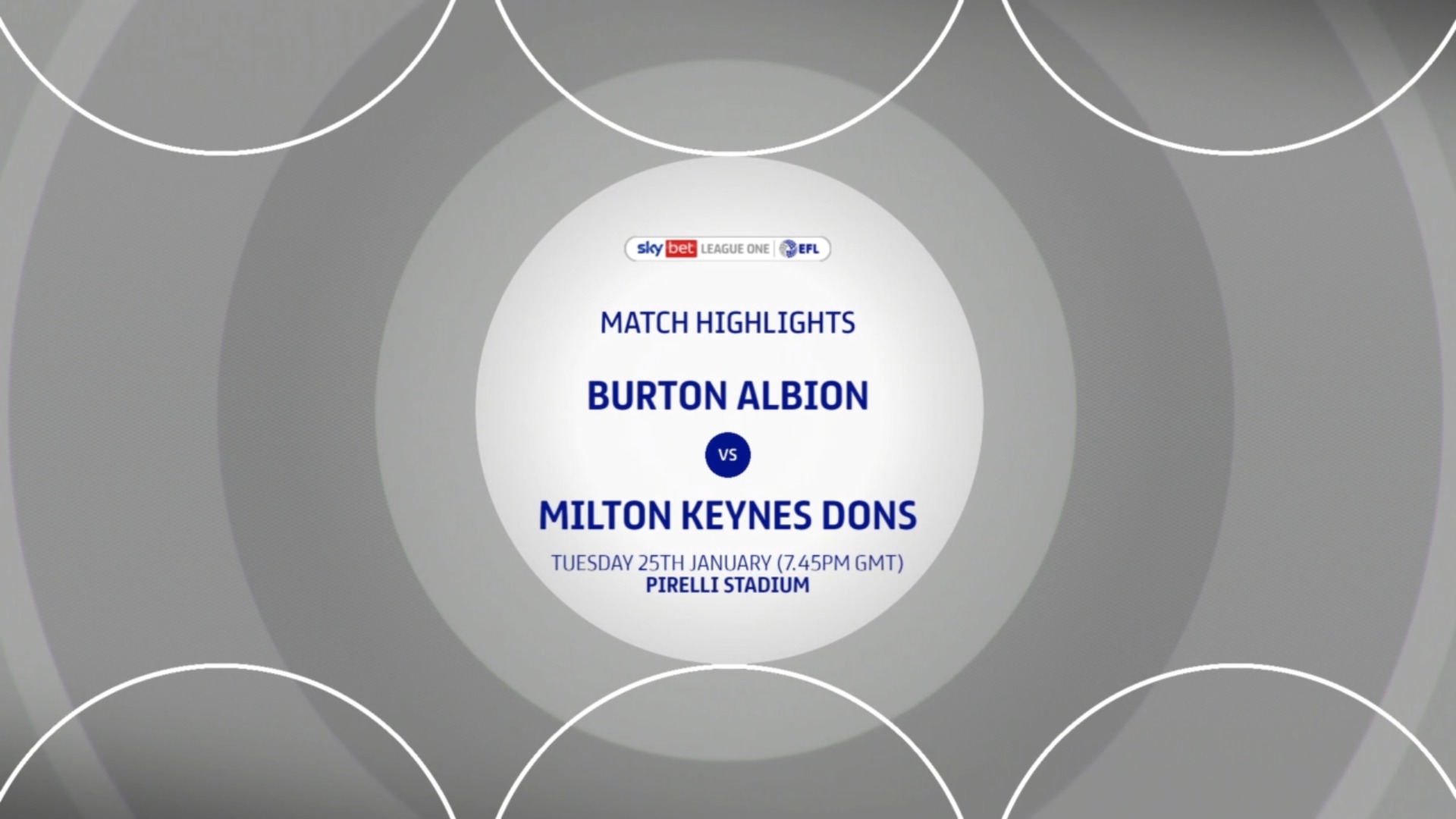 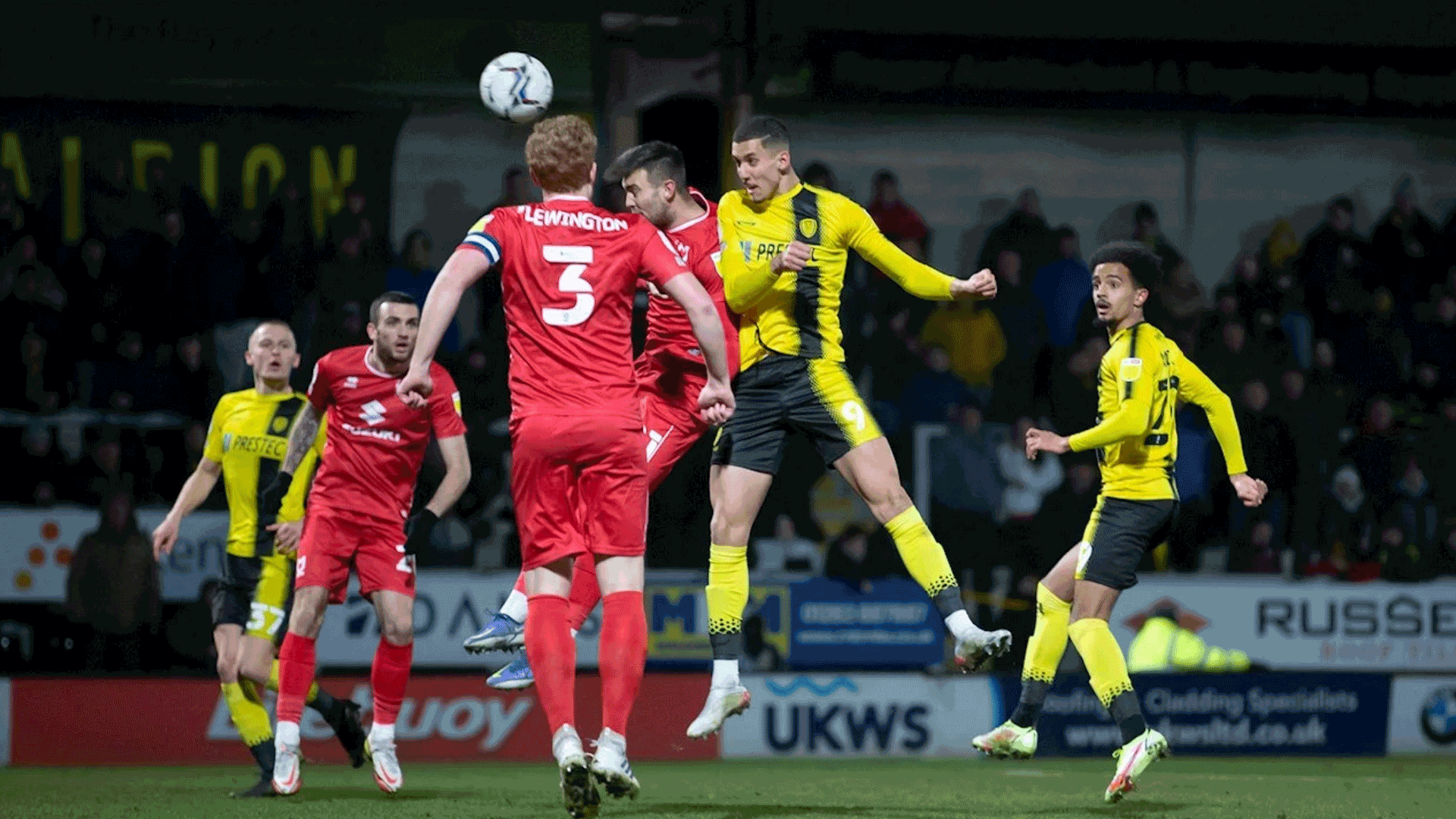