BURTON Albion return to home soil tomorrow night when they take on Accrington Stanley under the lights of the Pirelli Stadium (7.45pm kick-off).

The Brewers come into the game after suffering back-to-back defeats, losing 1-0 away at MK Dons last Saturday.

Accrington Stanley, like Albion have also suffered two defeats in a row, eventually losing 3-2 despite a valiant comeback effort on Saturday against Sheffield Wednesday.

The two sides have faced off 19 times over Albion's time in the EFL, with the Brewers edging the head-to-head record with eight games won in comparison to Stanley’s six. Five of these games have ended all square.

A seven-goal thriller was played out between the two sides in March 2019 when Albion ran out 5-2 victors at the Pirelli Stadium.

The Brewers found themselves 2-0 down after 40 minutes before Scott Fraser pulled one back for the Brewers before the half. A dominant second half display saw goals from Kyle McFadzean, David Templeton and a Lucas Akins double secure a huge win.

The Brewers will be without Jacob Maddox for the visit of Accrington Stanley due to a hamstring problem suffered in last weekend's defeat to MK Dons. Michael Mancienne and Deji Oshilaja will also be unavailable due to suspension while Jonny Smith returns to the squad after his own ban.

No new injuries have been reported for Accrington Stanley ahead of their visit to the Pirelli Stadium.

Accrington haven’t been just relying on strikers to get goals this season, with their two top scorers, Harry Pell (5) and Matt Butcher (4) both playing in midfield.

The referee for tomorrow night’s fixture will be Darren Drysdale, who will be assisted by Billy Smallwood and Kevin Morris. The Fourth Official will be Joe Clark.

This game is available to live stream you can see every kickoff the game by buying a Match Pass for £10. CLICK HERE TO PURCHASE YOURS.

Based in Bridge Street in Burton, Brian Mole IFA provides comprehensive financial advice throughout Staffordshire and Derbyshire in addition to supporting clients across the country.

The team of financial advisers are authorised by the Financial Conduct Authority (FCA) to advise and arrange many forms of financial services including offering pensions, investments and mortgages.

Brian Mole IFA offers clients clear, no-jargon advice on a wide range of financial products and services that are suited to their personal circumstances to allow them to achieve their long-term financial goals.

Find out more at www.brianmole.co.uk

Joining us is the company’s MD Kevin Douglas.

The Family Zone will feature music, lots of games and activities, teas and coffees as well as player appearances from Jacob Maddox and Michael Mancienne*

BURTON Albion roared back to winning ways as braces from Daniel Jebbison and Jonny Smith saw them run out 4-0 winners over Accrington Stanley.

In a vibrant and entertaining performance Albion seized control of the game after a scrappy opening quarter when Jebbison turned on a loose ball and fired home on 28 minutes but a goal from Smith in first half stoppage time along with further strikes from Jebbison and the Brewers winger in a minute at the start of the second half took the game away from John Coleman's side and saw Albion return to winning ways in emphatic style.

Injuries and suspensions again meant that Albion were unable to name an unchanged side and, as on Saturday there were four changes for the visit of similarly out of form Accrington. Michael Mancienne (suspension), Jacob Maddox (hamstring), Joe Powell and Michael Bostwick all missed out. Lucas Akins came in at left wing back meaning a switch to centre back for Cameron Borthwick-Jackson, while Jonny Smith and Kane Hemmings returned to provide attacking support for Daniel Jebbison whilst Tom O'Connor partnered Terry Taylor in midfield in Mancienne's absence.

The visitors started brightly and Sean McConville fired in a rising drive on seven minutes as Accrington tried to capitalise on their start.

Albion built up a head of steam with a succession of corners and long throws to test out the Stanley defence but it was McConville who went closest with a rasping drive that ended up drifting just beyond Ben Garratt's outstretched hand and the far post.

But Albion came roaring back and had the lead on 28 minutes from one of their many corners. O'Connor's delivery was cleared to the edge of the box where Akins put it back in the danger area. Hemmings failed to get anything on it but JEBBISON was there to turn smartly and fire inside the near post.

And it was so nearly two a couple or minutes later when Leak, up for a free kick, found himself able to set himself for a shot at the back post which flew inches over the bar.

On the stroke of half time Smith had the chance to burst through one on one with keeper James Trafford but with Yeboah Amankwah trying to get back at him his early shot was well blocked by the keeper. The winger was handed another chance in the fourth added minute and this time, running onto Hemmings' header over the Accrington back line SMITH made no mistake finding the bottom corner.

A long throw from Hamer in the early seconds of the second half cacused problems for the Stanley defence but with his back to goal Jebbison could not hook the ball under the bar.

Stanley handed Albion their third on a plate when Harry Pell passed a free kick straight to SMITH and the winger advanced before hitting a deflected effort past the wrong footed Stanley keeper and a minute later it was four when Trafford mis-controlled a back pass from Ross Sykes to hand JEBBISON the simple task of firing into the empty net.

Albion did suffer a blow with the loss of O'Connor with a blood injury shortly afterwards with Bryn Morris sent on as a direct replacement in the middle of the park.

Although Stanley tried manfully to get themselves a goal at least the Burton defence was holding firm and there were still opportunities at the other end, Jebbison inches away from connecting with a long ball over the top, Trafford coming out of his area to get there just before the Sheffield United loanee to clear his lines.

Joel Mumbongo threatened to ruin Albion's clean sheet with a rapid burst on the turn that took him into the Burton penalty area before firing across Garratt but also wide of the far post.

Jebbison picked up a knock in a strong challenge shortly afterwards and despite trying to run it off was still struggling and with twenty minutes remaining was replaced by Omari Patrick.

There was to be no hat-trick for Smith either as he was replaced with ten to go, Charlie Lakin introduced into the action for the closing stages.

Tom Hamer tried to get in on the scoring act with a barm storming run on 86 minutes with Trafford having to go low to his left to push it around the post.

Albion thought they had made it five in added on time when Hemmings tapped home a low cross from Conor Shaughnessy but the flag of the assistant denied him a goal. 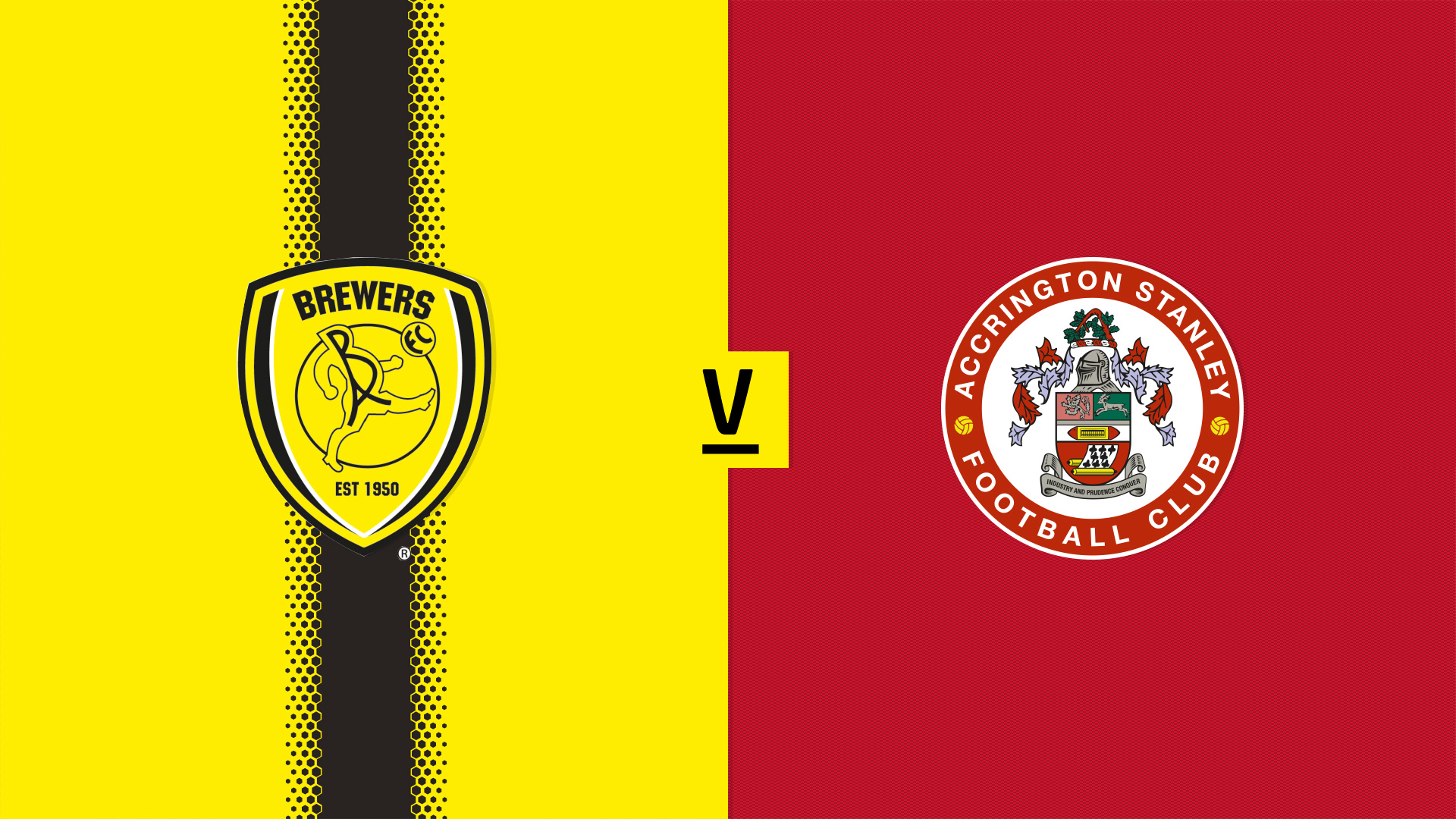 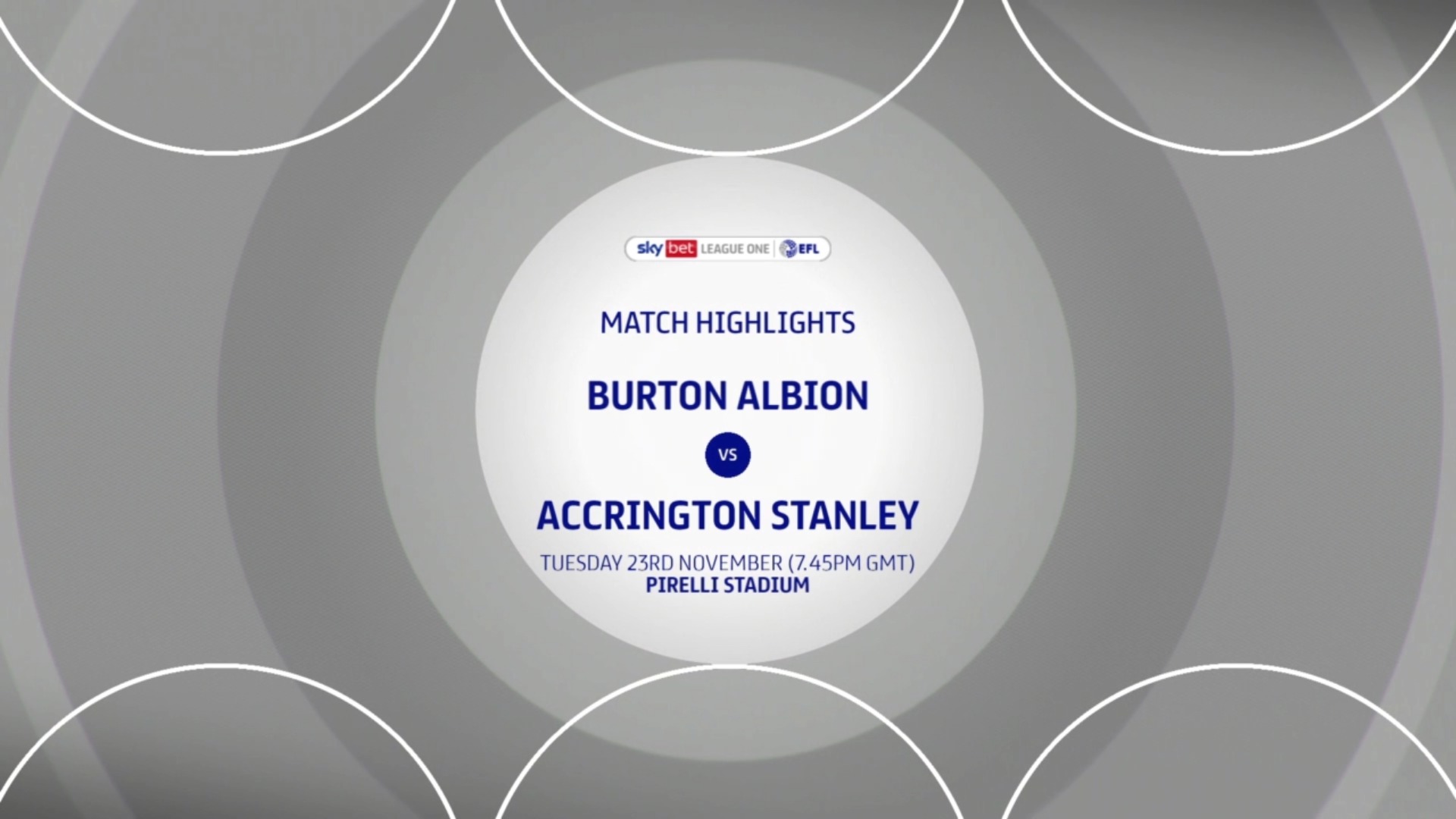 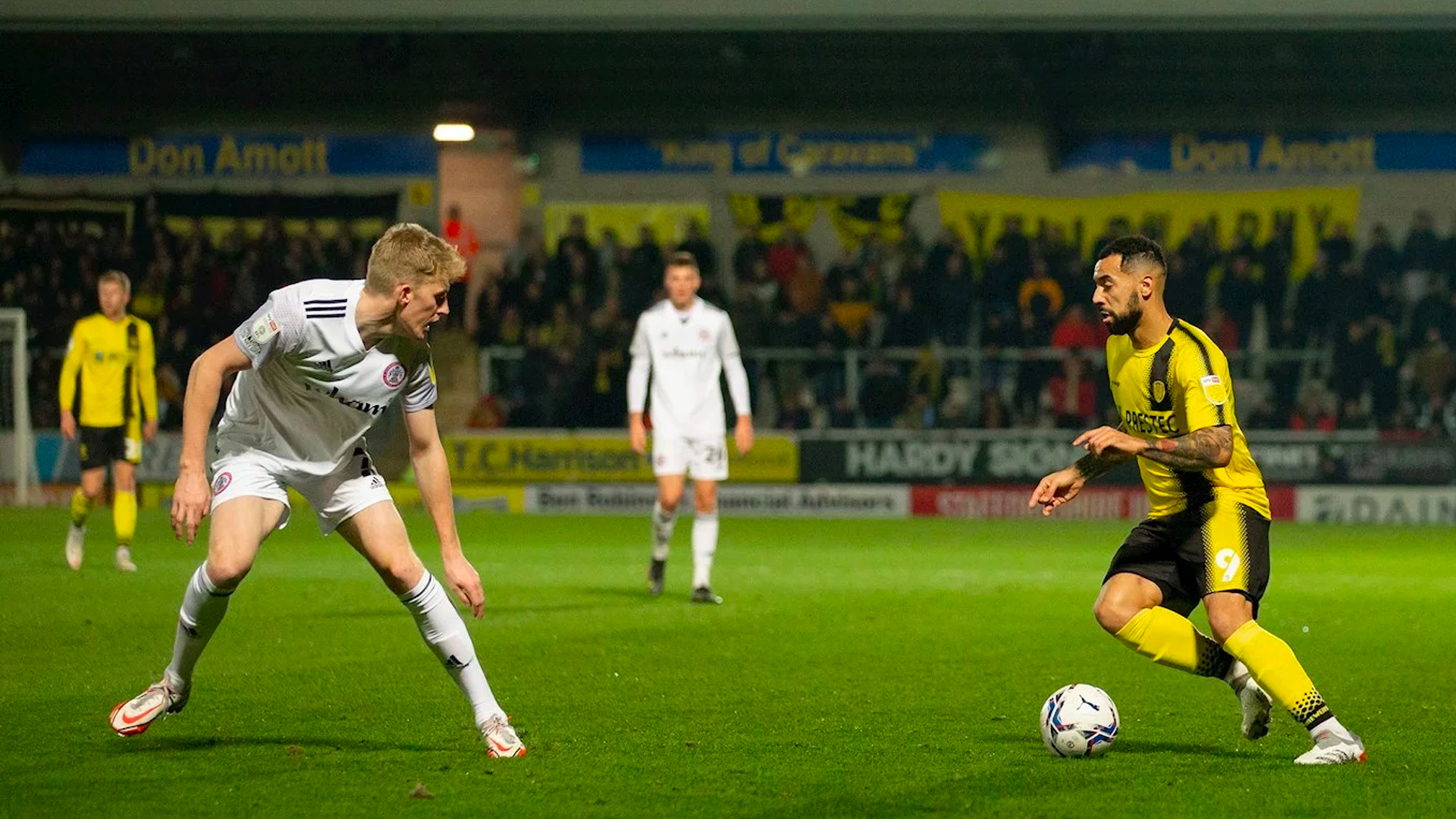