BURTON Albion are looking to build on a brilliant 4-0 win at home to Accrington Stanley in midweek with the visit of Doncaster Rovers to the Pirelli Stadium this afternoon!

Today’s match is our designated Rainbow Laces fixture.  From today until Monday 13 December, EFL Clubs will support the campaign with specific matchday activity including Rainbow coloured corner flags, captain armbands and substitution board stickers alongside wider LGBTQ+ inclusion activity organised by clubs which will take part across England and Wales throughout the campaign.

The EFL and clubs will also be using Rainbow Laces weekends to re-emphasise their ‘Together Against Discrimination’ matchday messaging which was launched at the start of the season.

The Brewers got back to winning ways on Tuesday night against Accrington, following a run of four league defeats in a row. Daniel Jebbison and Jonny Smith each netted twice in that game, with Albion scoring twice either side of half-time to take a memorable victory against Stanley.

Our opponents today meanwhile are without a league win in five since a 3-2 victory at home to Cheltenham Town at the end of October. A 3-0 defeat to Bolton Wanderers last week, when playing with 10 men for the entire second half, followed back-to-back draws against Lincoln City and Crewe Alexandra.

This will be the eighth league meeting between the two clubs since Albion’s promotion to the EFL, of which Albion have won just two and lost one. The remaining league ties between our two clubs since 2014 have ended in draws, with Rovers also taking two victories in the old format of the EFL Trophy.

The last two games between the side, played behind-closed-doors last season, ended in three points apiece, with Doncaster taking a 3-1 win at the Pirelli Stadium and Albion recording a 3-0 win at the Keepmoat Stadium last April.

In that 3-0, Lucas Akins, Tom Hamer and Hayden Carter were on target as the Brewers moved 11 points clear of the Sky Bet League One drop zone – almost safe, if not quite mathematically secure in the third tier for another season.

“Michael Mancienne and Michael Bostwick are back, they are both available,” said Hasselbaink. “They both trained on Friday and are ready for selection.”

Doncaster could be boosted by the return of Ben Close and Jordy Hiwula. Midfielder Close has missed a month of action with a hamstring injury while striker Hiwula has missed three games with a foot issue.

Winger Jon Taylor is likely to miss out with an ankle issue while Rovers have appealed a red card handed to defender Joseph Olowu in their 3-0 defeat at Bolton last week.

Peter Wright will be the match referee for this afternoon’s game. Wright has shown 50 yellow cards and one red in 16 games so far this season, and last officiated a game involving the Brewers in a home defeat to Oxford United last season.

Andrew Hendley and Thomas Harty are the assistants while Mark Cunliffe is the fourth official.

As today’s game falls in the UEFA blackout window, the match is NOT available for fans based in the UK or Ireland to stream.

Fans based internationally can stream the game – head to our iFollow page to buy your Match Pass if you reside abroad.

The day after the game, the EFL will make highlights and a Full Match Replay of the game available to anyone with a free iFollow Brewers account. Simply click here to register for one.

The best way to watch iFollow videos is via the official App, which is available on mobiles and tablets and can be downloaded below:

This year TC Harrison Ford is celebrating 90 years in business and has represented the Ford Motor Company in Burton for over 22 years. Operating from their Horninglow Street dealership they have all the Ford products available as well as a selection of quality used vehicles.

With the backup of a vastly experienced aftersales team for service and repairs, TCH can take care of all your motoring needs.  Visit www.tch.co.uk for more about the TCH heritage and see some great offers.

Colin is celebrating his 80th birthday with family and friends today. He says: “I have supported the Brewers for more than 50 years from standing on the terraces at Eton Park to a seat at the Pirelli Stadium. We lived in Chapel Lane, Rolleston, before moving to Beacon Road and Ben Robinson lived just around the corner in Dodslow Avenue near my auntie’s.

"My sisters Jean and Pam and I attended the Sunday School at the Methodist Chapel with Ben and each year they held an anniversary where all the children sang together on a structure called the Platform. I remember Ben singing heartily.

"All the lads from the village would play football on the field at Marston Lane and John Hodson-Walker (Oscar) would always score the most goals. He later went on to play for the Brewers. Great memories from almost 70 years ago."

Families can start their matchday experience 90 minutes before kick-off, with a range of fun activities on the 3G pitch next to the BACT building.

The Family Zone will feature music, lots of games and activities, teas and coffees as well as appearances from two first-team players!*

Cash turnstiles will be in operation for home fans only in the UK Waterproofing Solutions Stand and the Don Amott Stand. You can also purchase tickets from the Ticket Office at the Pirelli Stadium for the South Stand. Please note all prices increase by £2 on a matchday.

The Brewers had to be patient after a goalless first half in which they dominated for long spells without being able to find a route to goal but ten minutes into the second half they grabbed an advantage they would not relinquish when O'Connor's curling free kick from wide on the right evaded everyone to give Albion's sdet-piece expert another goal.

The second goal had an element of controversy as Jebbison had to wait for the officials to confer and decide that his goal was going to stand after he calmly flicked the ball past the Rovers keeper to make it three in a week for the Sheffield United loanee.

Unsurprisingly, given the 4-0 victory in midweek, it was an unchanged starting line-up for the visit of Rovers. The only change came amongst the substitutes where Michael Mancienne, returning from suspension was preferred over Omari Patrick.

Albion picked up where they left off on Tuesday penning the visitors deep into their own box in the opening stages and an early chance went begging on five minutes, Jebbison getting to the bye line and crossing low for Hemmings who scuffed a first time effort across the face of goal with Tom Hamer racing in at the back post but unable to find the net after solid work by Pontus Dahlberg in the Rovers goal.

And when Rovers struggled to clear a corner on ten minutes Albion were able to work the ball out to Terry Taylor outside the box but the midfielder was unable to keep his rising drive low enough to trouble Dahlberg.

Albion continued to enjoy the lions share of the game, despite Doncaster having the wind at their backs in the opening period, but were struggling for clear cut openings in the tricky conditions, Conor Shaughnessy straining to head a free kick from O'Connor wide of the post one of few decent chances.

As things continued to follow a particularly scrappy course Albion almost nudged themselves in front when Hemmings header from the edge of the box was picked up by Ryan Leak and his poked effort was saved by Dahlberg with Jonny Smith unable to turn home the loose ball.

Albion tried to pick up the pace in the second half and a driving run from Jebbison fed Akins on the left, his cross finding Hemmings but a combination of Dahlberg and defender Branden Horton denying him.

But the breakthrough came on 55 minutes when O'CONNOR took control of a free kick juts outside the box wide on the right and his curling ball into the middle was searching for a team mate in the middle but found its way into the back of the Rovers net.

Almost immediately Rovers had a chance to level things when Joe Dodoo skipped around Garratt but Leak was back defending to make sure the ball deflected out off the striker.

Jebbison saw a close range header blocked as he tried to nod home an O'Connor corner and a flurry of corners saw Albion go close to extending their lead and there was another let off for the visitors when Smith outpaced Tommy Rowe on the right and cut inside to curl an effort inches wide of the far post.

A second goal looked on the cards when Hamer picked out Jebbison in the box but his back heeled effort was just about kept out by Dahlberg.

Smith was having a frustrating afternoon and having seen one effort go just wide he fired one straight at the keeper before being left with his head in his hand when he slipped the ball past the keeper only for it to bounce back off the inside of the post.

The second goal came on 75 minutes a scramble in the Doncaster box finished at close range by JEBBISON but only confirmed after a consultation between referee Peter Wright and his assistant Andy Hendley who determined that Jebbison had picked the ball up after it came off a Rovers defender.

Albion looked comfortable for the remainder of the game on a 2-0 lead and in the dying seconds it probably should have been three, Hamer miscuing a volley off target after a deep cross from substitute Charlie Lakin.

TICKETS are now on sale for our home game against Doncaster Rovers.

This Sky Bet League One game takes place at the Pirelli Stadium on Saturday, November 27 at 3pm. 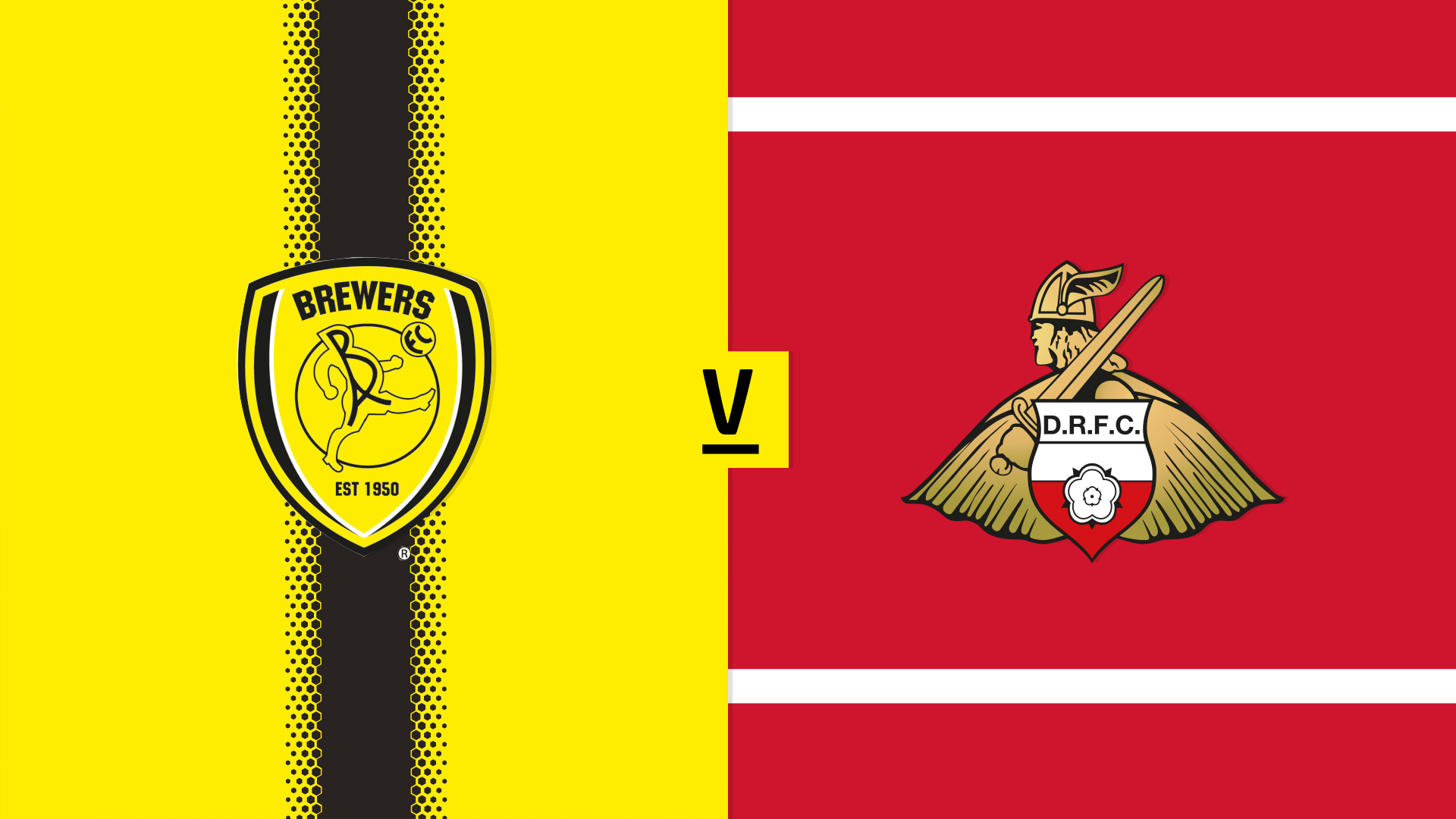 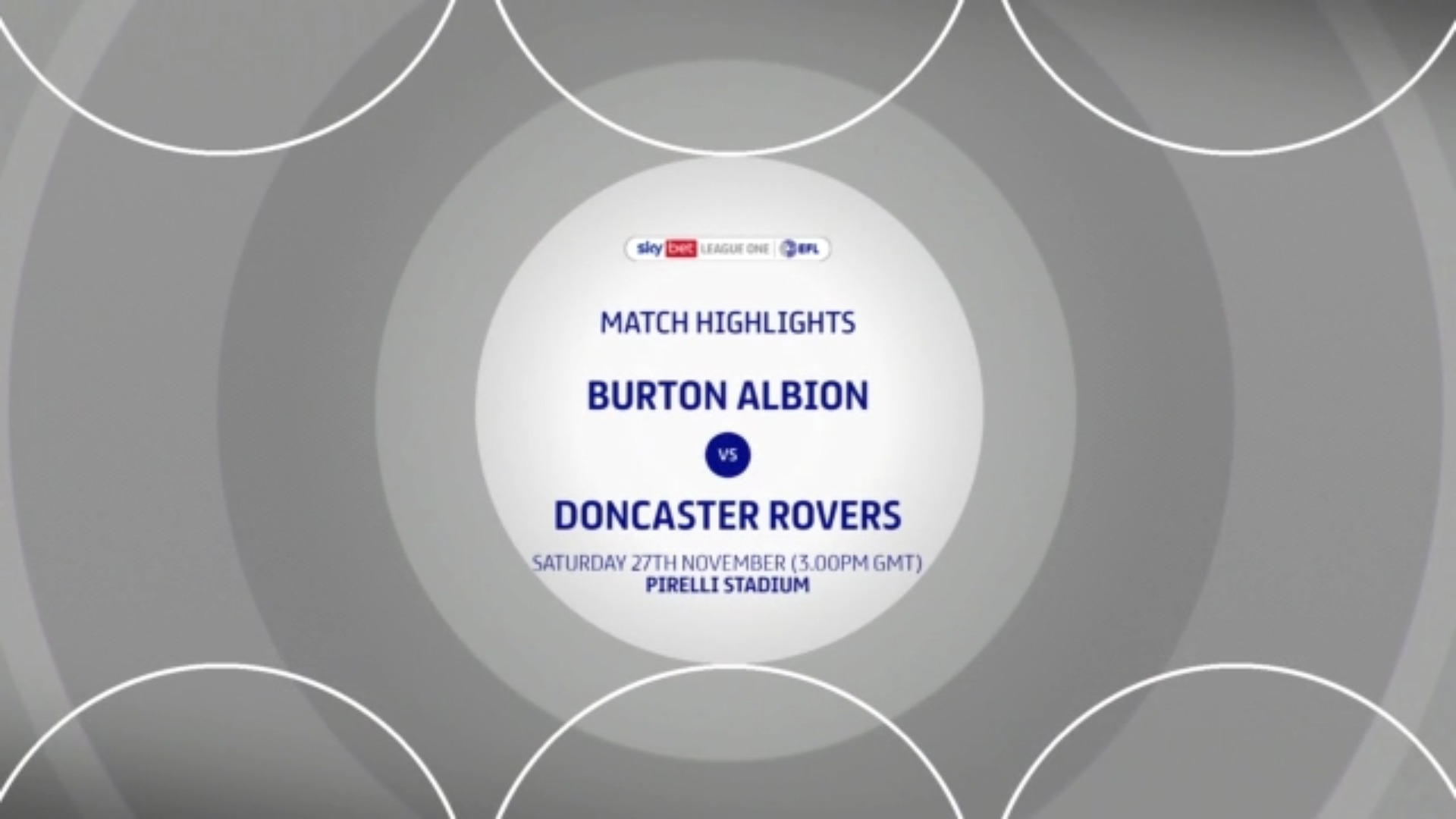 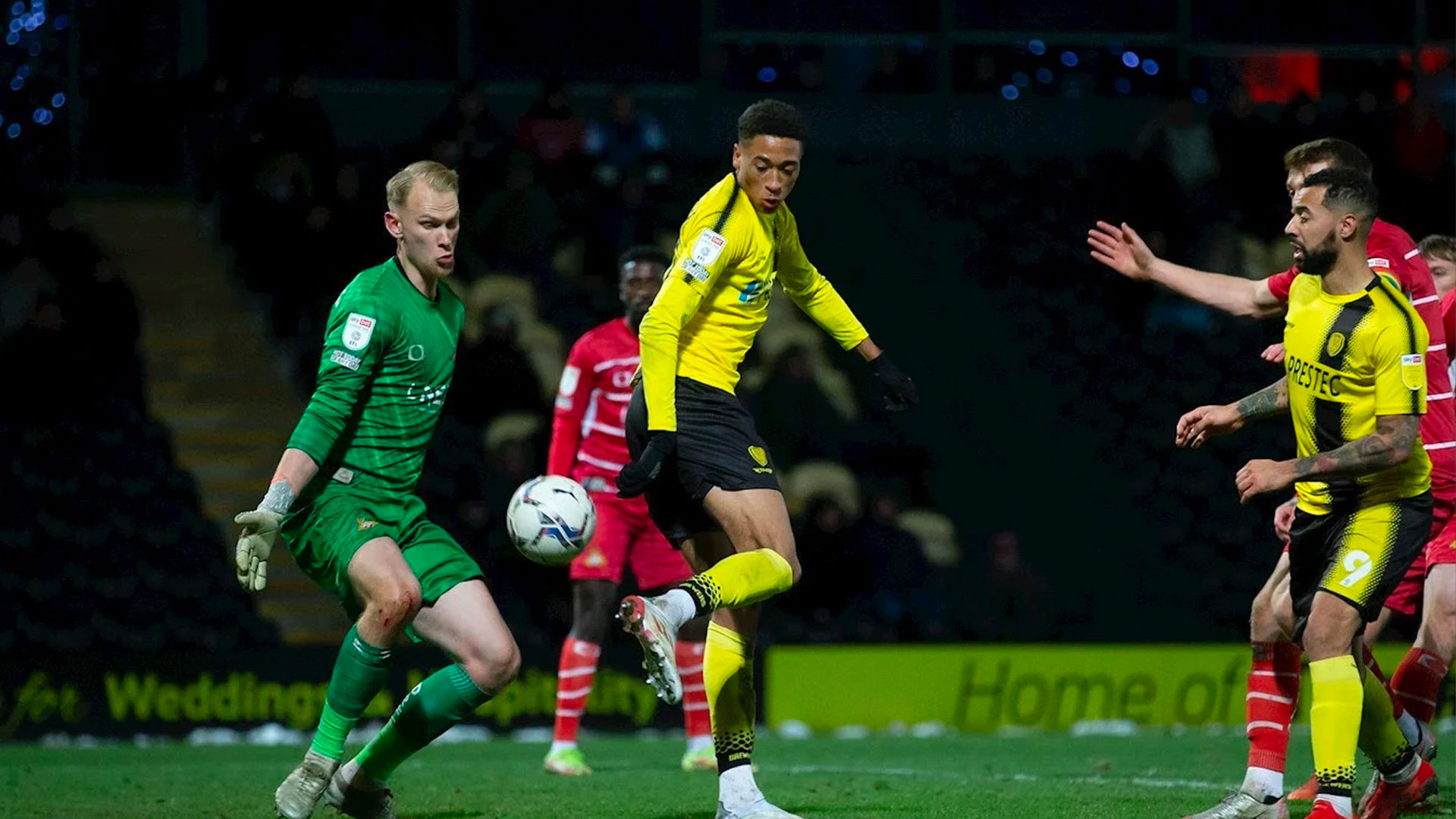