KANE Hemmings' second half strike earned the Brewers a hard fought point of the road at AFC Wimbledon as they were only denied all three points by Luke McCormick's 90th minute equaliser.

It looked like Albion were heading back home with a solid away win and they appeared to have seen off the threat from a misfiring Wombles attack after the home side had presented Hemmings with the opener, a horrendous back pass intercepted by the Albion man and instinctively punished with a fine finish into the net.

Albion were made to work hard after hitting the front on 66 minutes but in the final quarter the home side upped the ante and were rewarded in the final minute when former Chelsea prospect McCormick fired in beyond the back post when a cross was flicked on to him.

After victory over Portsmouth in the week there were minor tweaks to the side for the visit to Plough Lane. With Michael Bostwick picking up a hamstring injury against Pompey his replacement on the night, Ryan Leak, slotted back in to the back four to resume the partnership with Conor Shaughnessy that proved so effective in the opening weeks of the season. Further forward there was a change with matchwinner Daniel Jebbison rested to the bench in favour of Harry Chapman, the Blackburn Rovers loanee brought in as part of a fluid front four.

There was immediate concern within the first minute as skipper John Brayford went to ground having been tugged back by Wimbledon striker Ayoub Assal and stayed down. Brayford's game was done and a change was required with Bryn Morris stripped and ready to go slotting in to midfield, Tom O'Connor switching to left back to enable Tom Hamer to move to right back.

In the South London drizzle both sides struggled to create anything in the way of meaningful chances in the first twenty minutes and neither keeper was forced into a save of any note with Wimbledon's Jack Rudoni screwing a left foot shot well wide the first real attempt of any sorts after Deji Oshilaja had headed a set piece well over the bar for Albion in the opening minutes.

Albion suddenly spreang to life just before the half hour mark, Charlie Lakin seeking out Jonny Smith with a crossfield pass and the winger jinked his way across the edge of the box before offloading a low shot that forced Nik Tzanev into a sprawling save.

Another chance came minutes later when a corner from O'Connor was headed into the danger area by former Dons man Oshilaja but in an almighty scramble inside the six yard box it was a Wimbledon boot that hacked it clear before an Albion boot could convert the chance.

But the best chance of the half fell for Albion in stoppage time, Hamer intercepting a pass and starting a flwoing move that eventually found Lakin in the middle but a last ditch challenge prevented his shot from testing Tzanev but Albion were starting to make inroads into the Wimbledon defence.

The home side came out for the second half and immediately pressed forwards with midfielder Anthony Hartigan drilling a 20-yard inches past the post.

And the home side continued to look sharper as the second half settled down, Rudoni stretching and firing over from a good position on 53 minutes as a Wimbledon corner caused Albion problems.

With the hour mark approaching Kemmings was ready to enter the action and he was on up front as Lakin made way and Chapman moved into a more central role.

And HEMMINGS was the man to profit from a poor back pass by Hartigan who had his head in his hands as the Burton striker latched onto it and instinctively lashed the ball beyond Tzanev.

Wimbledon went in search of an equaliser but all too often found themselves being flagged offside but Adam Pressley found room inside the box to turn sharply and hit a shot through a ruck of bodies which Ben Garratt was able to calmly get his body behind. It was the signal for a spell of home pressure and a series of corners kept the Brewers back line on its toes.

The home pressure finally paid off with a cross into the box in the final minute of normal time that was met at the back post by McCORMICK who steered the ball into the roof of the net.

Albion brought on Jacob Maddox for the closing stages and he was involved as a corner routine played out and the ball was eventually fired across by Hamer with a ricochet inside the six yard box looping the ball agonisingly over the bar.

In the end a point was probably a fair result but Albion were so close to another win on the road.

TICKETS are on sale now for our away game at AFC Wimbledon on Saturday, October 2 (3pm kick off).

It will give Burton Albion supporters the chance to see the new Plough Lane stadium after the club moved their last season.

Fans need to buy a ticket in advance as there is no pay on the day option. 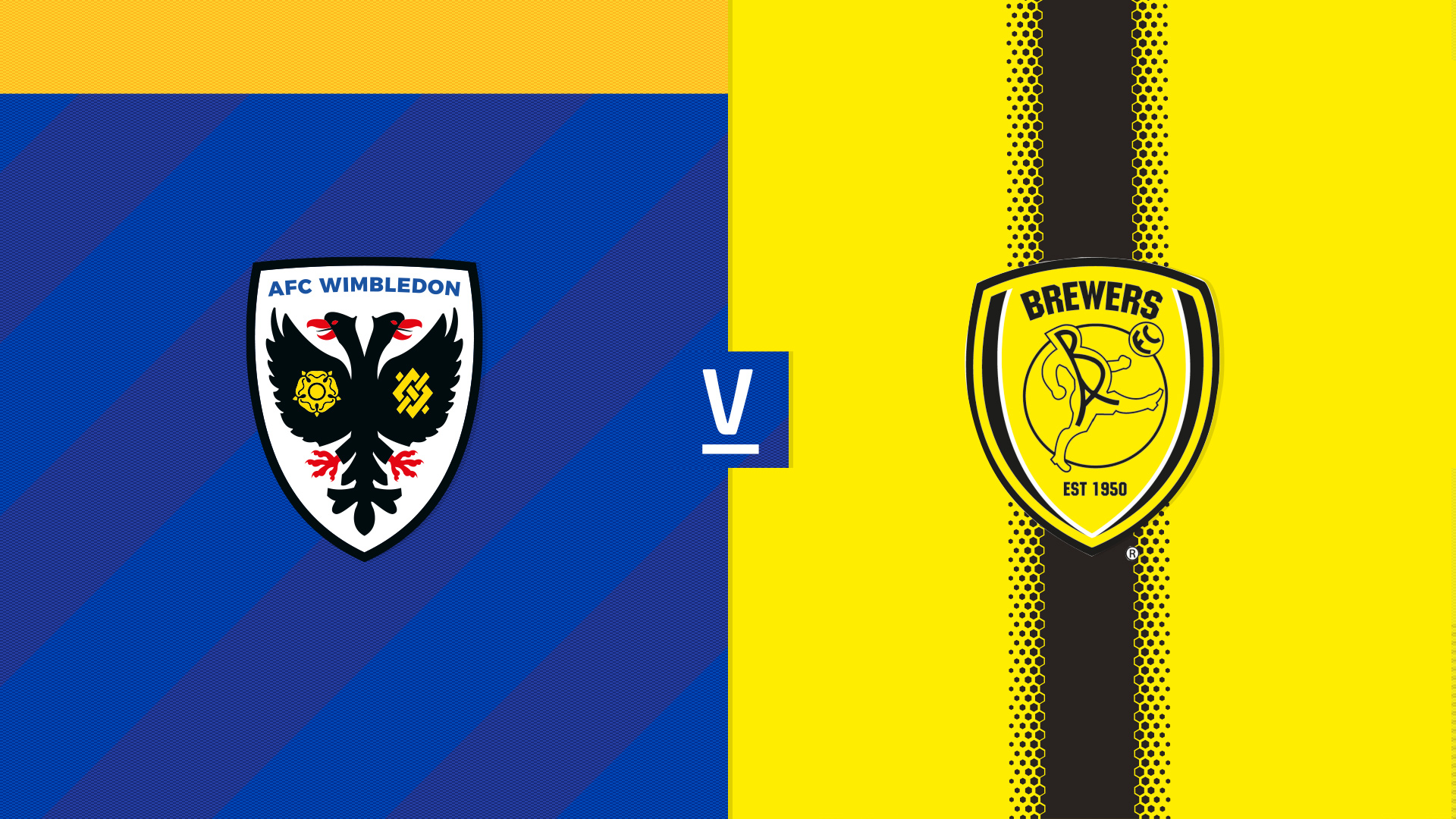 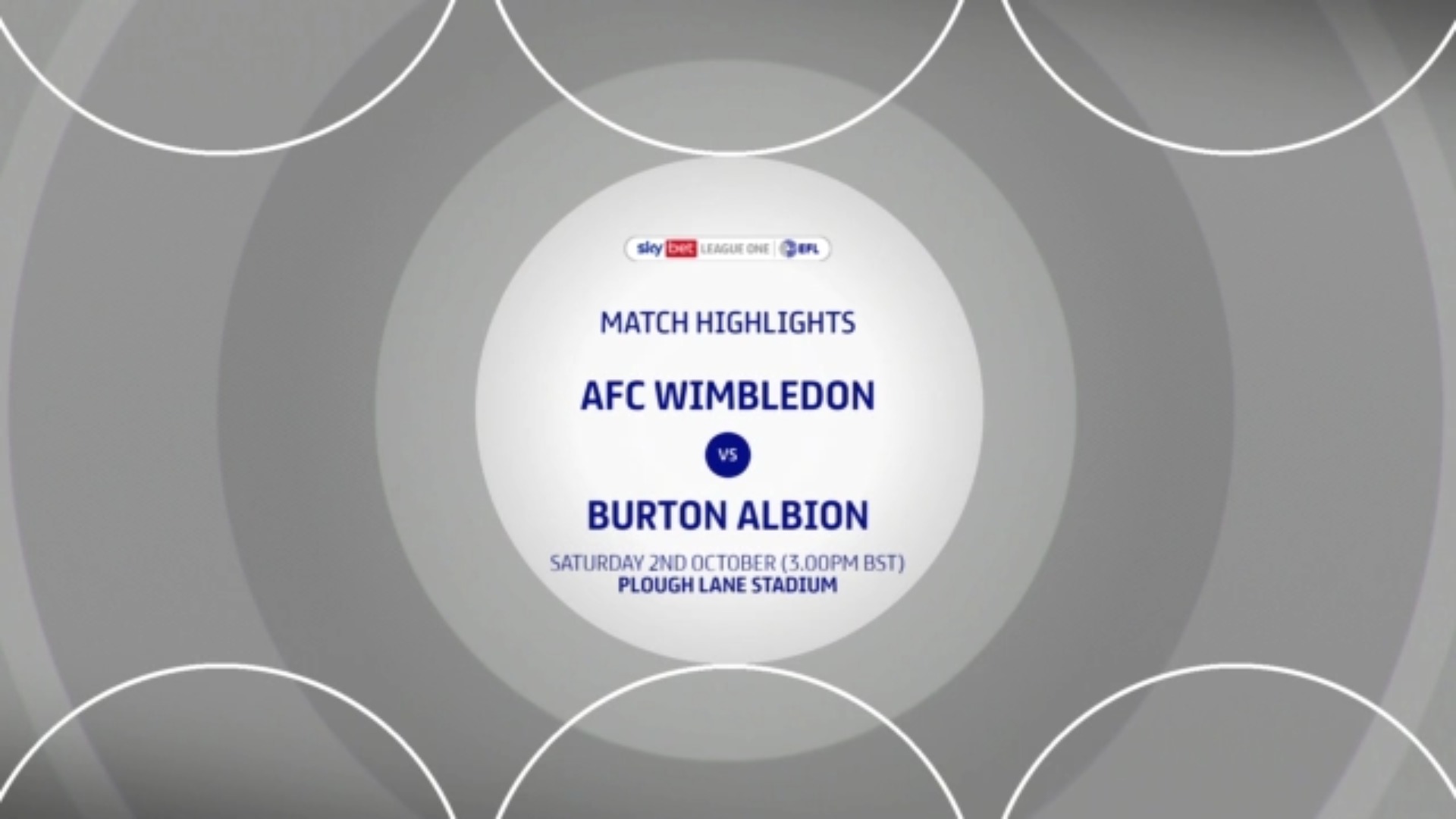 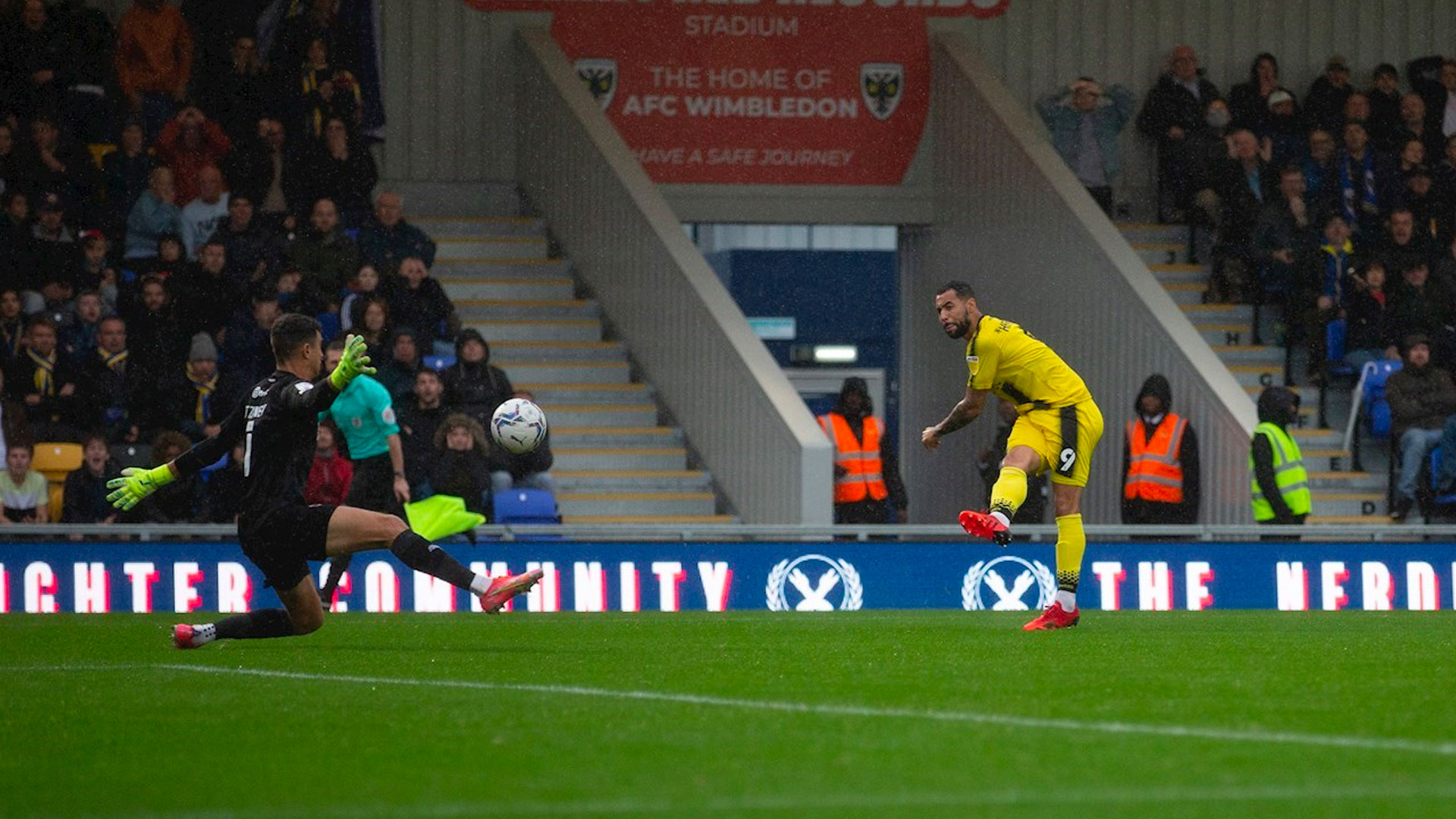