Albion were 2-0 up after 23 minutes thanks to goals from Daniel Jebbison and Kane Hemmings, both coming from Joe Powell corners, but after a tentative start the Villa youngsters roared back with Archer supplying three superb finishes and along with a calmly taken finish from Tristan Goodridge swept the Brewers aside with an energetic second half display.

As expected it was a much changed Albion side that took on the talentend youngsters from Aston Villa. Ellery Balcombe took over in goal from Ben Garratt. With John Brayford unavailable after picking up a hamstring injury against AFC Wimbledon at the weekend it was Frazer Blake-Tracy who slotted into the right back berth with Cameron Borthwick-Jackson installed at left back and the familiar pairing of Conor Shaughnessy and Ryan Leak continuing their partnership. Bryn Morris and Joe Powell were given the central midfield roles with Omari Patrick starting out wide with Kane Hemmings on the other side and Jacob Maddox returning in the number ten role behind Daniel Jebbison.

On a slick pitch after heavy rain pre-match and as the game started both sides tried to usezip the ball about at pace. The Villa youngsters looked comfortable on the ball but most of their early possession was in their own half as Albion pressed them and pushed them back. Both Powell and Hemmings tried to catch out keeper Oliwier Zych with efforts from outside the box but both saw their effort fly wide of the post.

All of Albion's bright approach play paid off when they hit the front on 20 minutes. Powell's corner was met by Shaughnessy at the near post and when his header cannoned back off the post and across the face of goal JEBBISON had a tap in at the back post.

Three minutes later and Powell was at it again from a corner, whipping an inswinger into the six yard box, Zych failed to make contact coming to challenge for it and the ball landed at the feet of HEMMINGS, a yard out who could not miss.

Zych impressed shortly after with a very good save to deny Powell with a rising drive from 22 yards out.

Villa were close to getting back to within a goal on 34 minutes when Hayden Lindley's corner was flicked wide of his own goal by Jebbison but from the resulting corner the ball was worked back to ARCHER who worked his way across the edge of the box looking for a shooting opportunity and when it came he made no mistkae firing inside the near post.

Blake-Tracy was close to re-establishing Albion's two goal lead on 43 minutes when he cut inside on the edge of the box and found space to let fly with a left foot drive that didnt miss the post by much with Zych beaten.

Villa took just six minutes of the second half to level the game up, Caleb Chukwuemeka making good ground into the box on the rightand picking out GOODRIDGE in the middle to find the bottom corner with an assured finish.

Albion were close to going back in front on 59 minutes, Maddox intercepting a short back pass and testing Zych with a first time shot before Josh Feeney's last ditch challenge on Jebbison prevented him firing home the loose ball into an empty net.

But a minute later and ARCHER had his second of the evening as he combined with Goodridge inside the Burton box before unleashing a shot that arrowed into the far corner of Balcombe's net.

The Brewers went with a double change midway through the second half, Ciaran Gilligan and Aaron Amadi-Holloway coming on in place of Borthwick-Jackson and Jebbison, a move which allowed Blake-Tracy to switch to his more accustomed left back role as Gilligan took up the right back spot.

ARCHER completed his hat-trick with an emphatic finish on 71 minutes after more good work from Chukwuemaka's persistence created an opening and the Villa man rifled home from 15 yards.

Amadi-Holloway was close to pulling one back with a rasping drive on 86 minutes that Zych did well to get across to and help over the crossbar and the substitute also headed a difficult chance over as Albion plugged away to the very end in search of another goal.

TICKETS are now on sale for our second group stage game in this season’s Papa John’s Trophy.

The Brewers take on Aston Villa Under 21s on Tuesday, October 5, with a 7pm kick off.

Only the Carling (seated) stand is open for this fixture.

As this is a cup game all fans need to pay, but Season Ticket Holders and Vice Presidents can reserve their normal seat by calling 01283 565938 by 5pm on Monday, September 27, otherwise they will go on general sale.

Car park pass holders can reserve their usual space for £5.

Papa John’s are giving away 50 free tickets for this fixture with a buy one, get one free offer on a first come first served basis.

Simply quote PapaJohns241 when ordering your match ticket and get a second one FREE! Go to www.burtonalbionfc.co.uk/tickets to get your free ticket now. And hurry, it’s on a first come first served basis.

All supporters will need to abide by our Covid-19 Code of Conduct which can be read here: 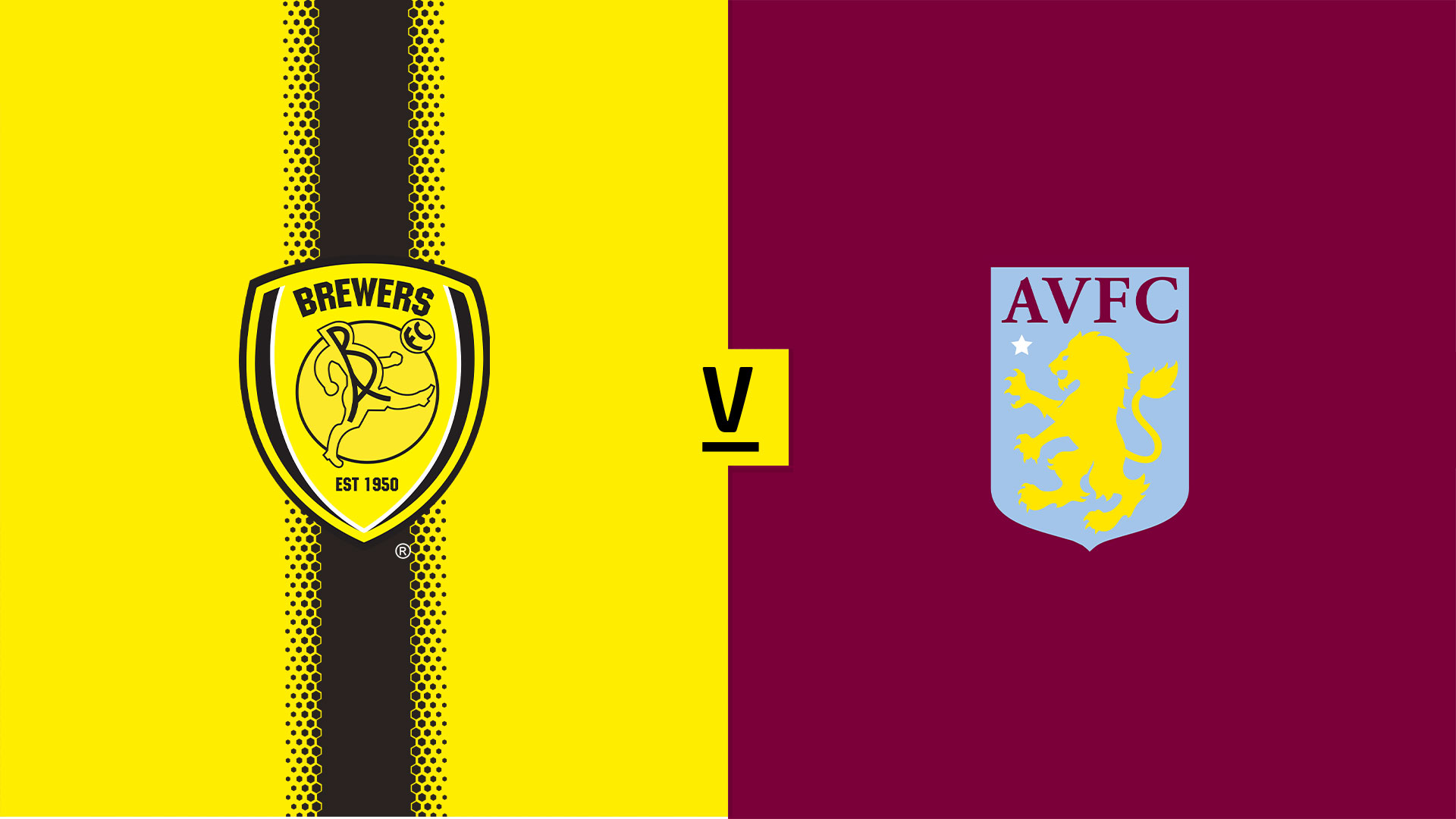 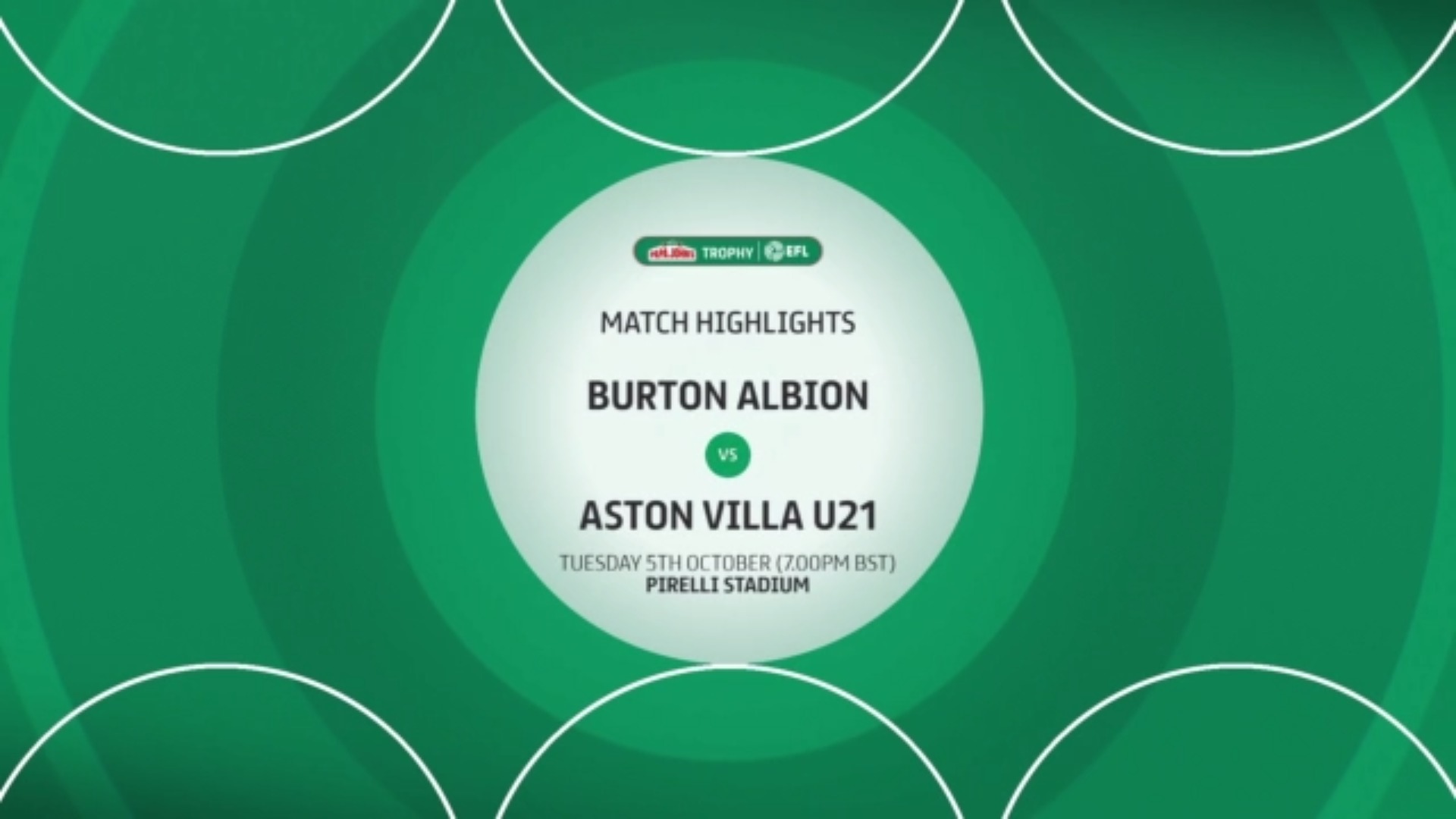 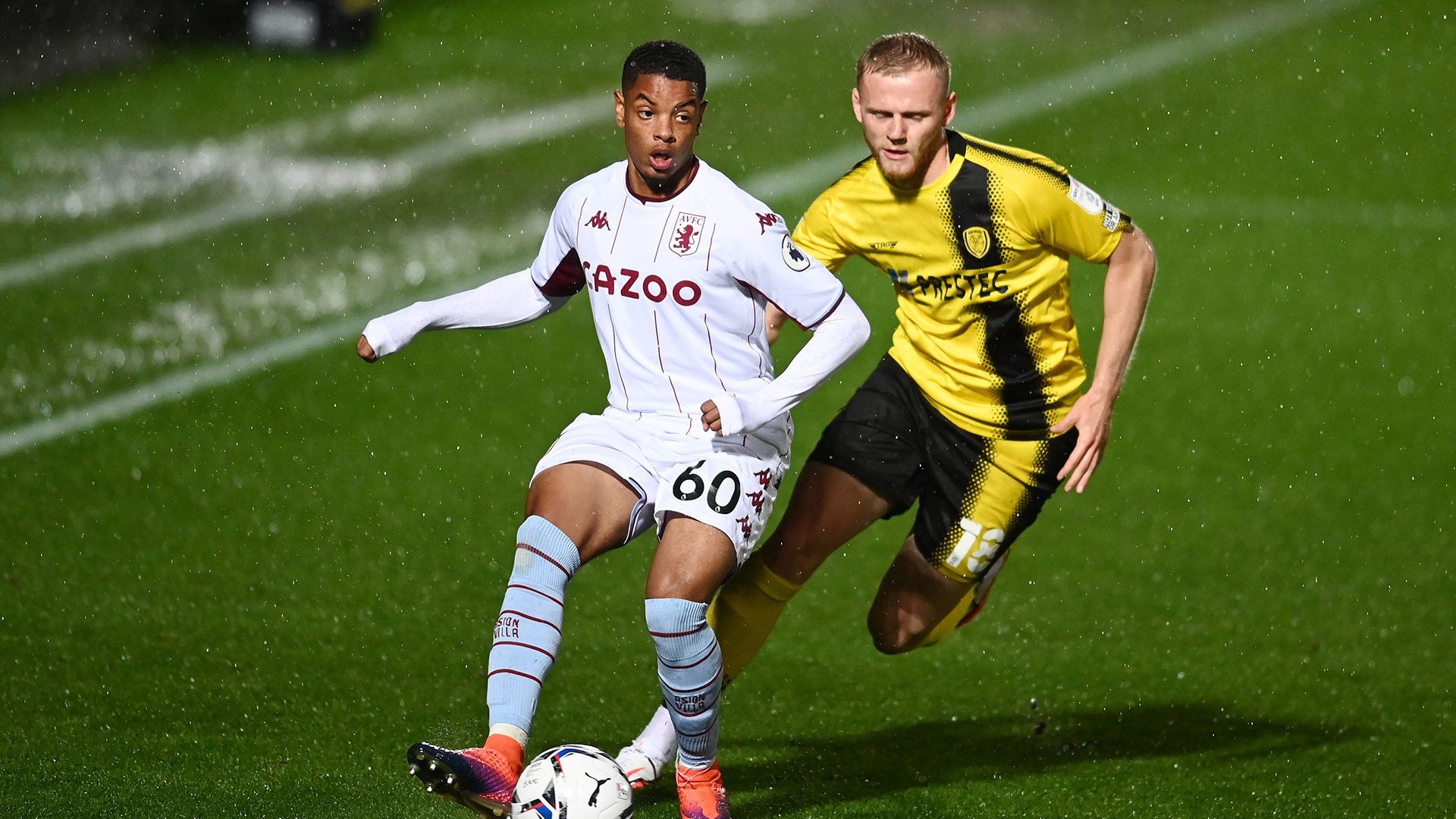