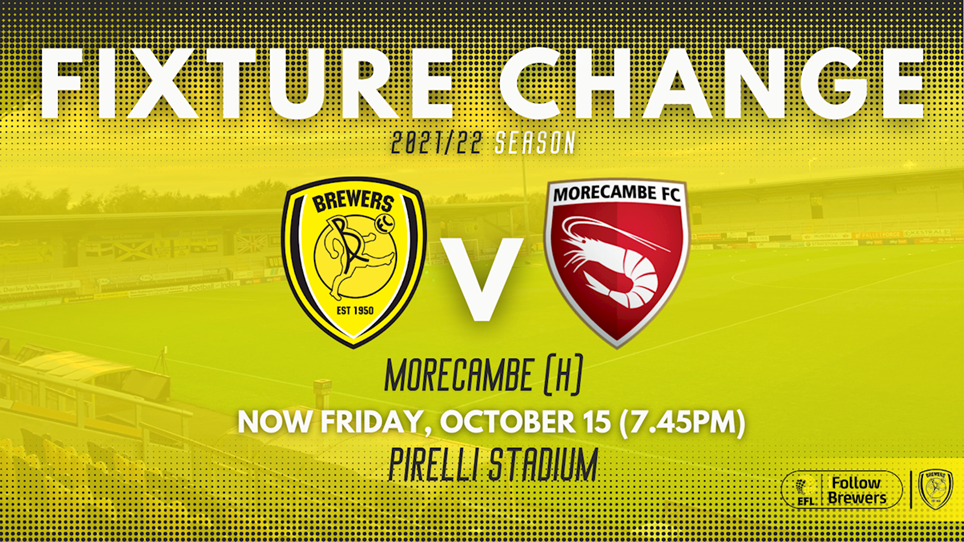 The midfielder who scored his first Brewers goal in Albion's last win against Portsmouth was the man with the goalscoring touch again as he provided a quickfire equaliser from a corner that deflected in off keeper Kyle Letheren just six minuyes in to cancel out Liam Gibson's third minute opener and the former Southampton man was out of the blocks quickly at the start of the second home to curl home a glorious second and put Albion well in control of the game after Conor Shuaghnessy's powerful header had put Albion in front before the game had even reached fifteen minutes.

Albion looked comfortable at three one before Morecambe got back to within one goal with the final touch of the game, Cole Stockton heading in through a crowded penalty area when Albion didnt clear another throw.

There was good news on the injury front for Albion as Michael Mancienne returned to the side for the first time since Albion's last Friday night outing against Cheltenham seven games ago. He slotted into midfield alongside Tom O'XConnor with skipper Deji Oshilaja moving intothe back four. After strong performances from the bench last weekend at Plymouth, both Harry Chapman and Daniel Jebbison returned to the starting line-up.

It was the worst possible start for Albion when GIBSON fired high into the roof of the net with less than three minutes played when Albion failed to clear their lines from a thrown-in.

Morecambe's lead lasted just three minutes before Albion equalised with one of the most bizarre goals that left most watching bemused as to who actually scored it. O'CONNOR's corner to the near post saw Adam Phillips leave it for his keeper and the keeper could only watch as it bounced off his leg and into the net.

With just fourteen minutes gone Albion had turned it around and hit the front. Hamer resisted the chance for a long throw into the box, opting to drop it short for Akins and his run and cross was on a plate for SHAUGHNESSY to jump high and thump home a header.

Chapman fancied his chances with a 30-yard free kick as the game hit the twenty minute mark but Letheren went some way to redeeming himself with a smart save low to his right to turn it around the post.

Morecambe tried to hit back but Phillips was denied by a smart save from Garratt at his near post at the end of a smartly worked corner routine.

Hamer found himself in referee Coy's book on 34 minutes for a clumsy challenge on the lively Wes McDonald. Although not much contact it was a poor enough tackle to produce a yellow card.

The game took a momentary breather before Akins raced onto a pass from O'Connor driving a low cross into the arms of Letheren and within second the ball was up the other end, Leeds loanee Alfie McCalmont striding through and aiming for the bottom corner, Garratt denying him superbly low to his left.

Morecambe almost scored from a bizarre corner of their own, Phillips swinging one in with just five minutes of the first half remaining and seeing it bounce off the post and into the box before it could be cleared.

It was Albion making the lightning start to the second half as they extended their lead just four minutes in. Jonny Smith fed O'CONNOR from the right and the midfielder did the rest moving infield and curling the ball beyond Letheren from 20 yards.

And Shaughnessy almost had his second moments later angling another towering header just wide of the far post.

O'Connor spurned the chance of a hat-trick juts before the hour mark. Jebbison did all the hard work tricking and teasing his way deep into the penalty area but when the ball broke back to the Albion midfielder he curled a left footed effort juts high and wide.

Cameron Borthwick-Jackson was keen to get in on the act and unmarked he mis-timed his header to guide an effort wide of the far post.

Morecambe had their clearest chance yet midway through the second half as leading scorer Cole Stockton squirmed clear and got into the box before firing over.

Whilst Morecambe had made all of their substitutions by the hour mark, Albion waited until twenty minutes from time before introducing Kane Hemmings for Jebbison to freshen up the Burton attack.

Morecambe continued to look for a lifeline and they almost got it, Stockton and substitute Aaron Wildig both seeing efforts from inside the box blocked at close quarters as Albion defended manfully.

The ball then became line a pinball in the Morecambe box as Hamer, Shaughnessy and eventually Lakin tried to force the ball home inside the visitors penalty area.

O'Connor was even closer to his hat-trick when Oshilaja's flick header invited the midfielder to ghost into the six yard and force a fingertip save from Letheren.

TICKETS are now on sale for our home game against Morecambe.

This Sky Bet League One game takes place at the Pirelli Stadium on Friday, October 15 at 7.45pm. 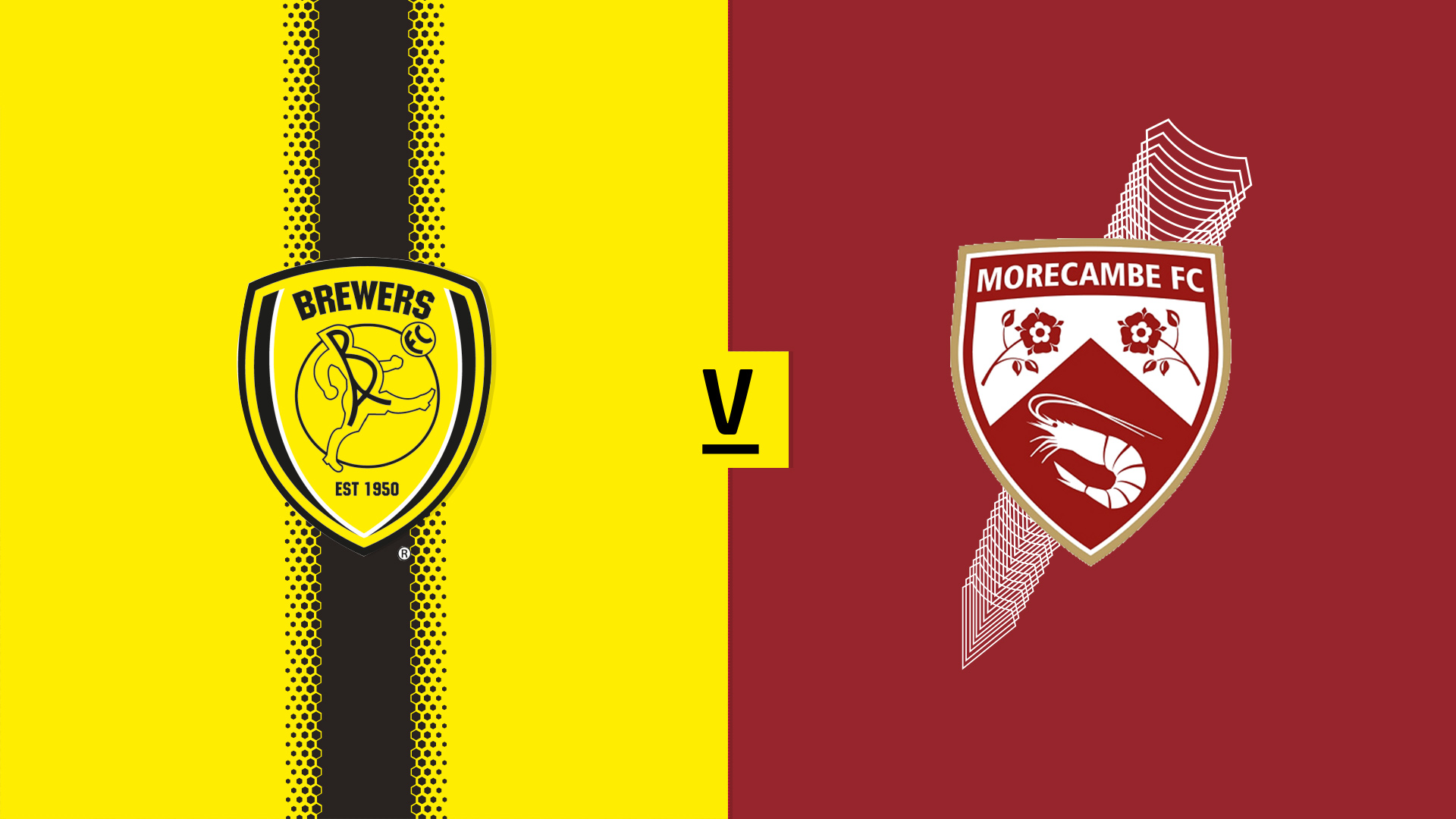 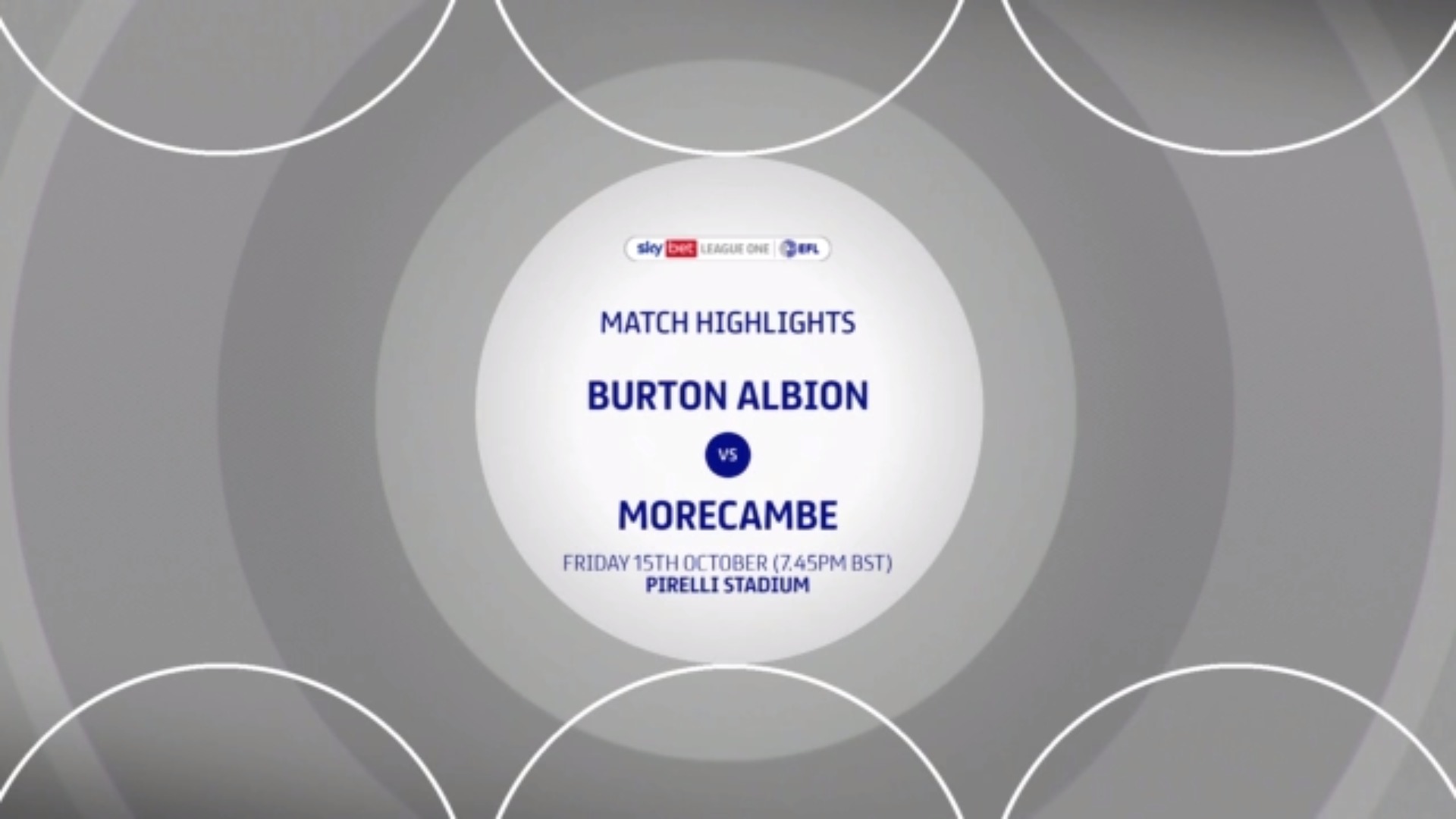 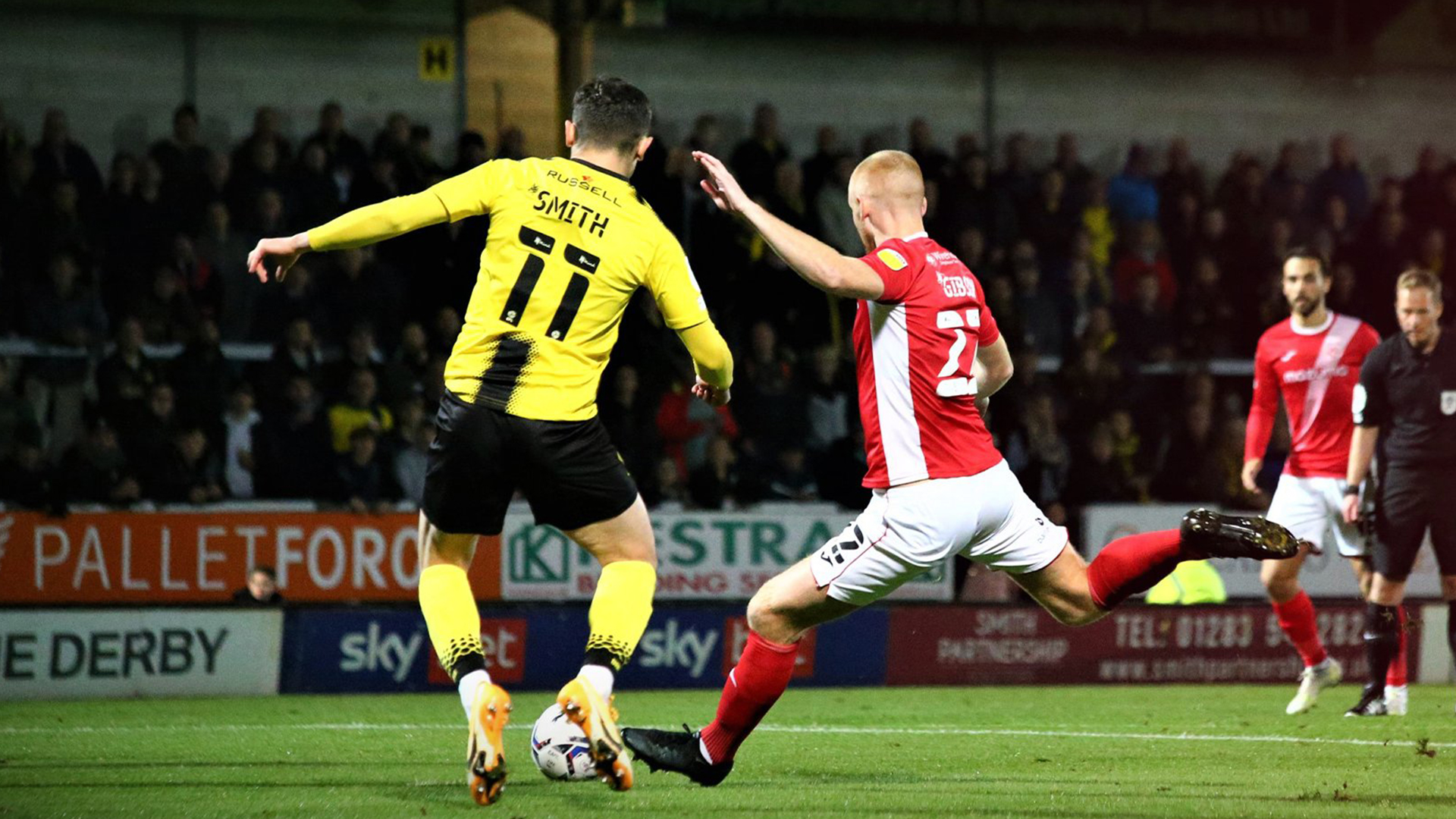