Remarkably O'Connor scored direct from a corner kick for the second successive game as Albion were rewarded for their dominance after 36 minutes, the former Southampton youngster flighting the ball all the way to the back post and beating Town keeper Alex Cairns.

Albion had chances to extend their lead before the break but Cairns more than made up for any misjudgment on the goal with a number of crucial saves to twice deny Daniel Jebbison and Lucas Akins as Albion sought the comfort of a two goal lead knowing that the elements would be against them in the second half.

In the end there were relatively few skirmishes in the Burton box second half and a resolute defensive performance secured first Albion's first win at Fleetwood since 2013.

After the home win against Morecambe on Friday evening Albion showed two changes for the trip to Highbury Stadium. Frazer Blake-Tracy and Terry Taylor came into the side with Michael Mancienne and Jonny Smith dropping out of the side. Mancienne, after his first action for seven matches against the Shrimps on Friday dropped out to keep himself fit and ready with the weekend in mind whilst Smith dropped out to facilitate a change in shape to a 3-4-1-2, Taylor coming in to partner match-winner O'Connor in midfield and Blake-Tracy slotting in on the left hand side of the back three.

With a blustery wind making conditions awkward for both sides it took a little while for the game to settle although Chapman worked a good chance inside the box on six minutes after seizing on a loose ball but his effort was crowded out as he made his way across the edge of the box looking for an opening.

Albion looked the calmer in possession early on and persistence from Jebbison opened up an opportunity for Cameron Borthwick-Jackson in acres of space on the left hand side of the area but his low shot was easy for Cairns in the Fleetwood goal to drop on to.

The Brewers almost repeated their feat of scoring directly from a corner in the 14th minute. O'Connor once again took control of corner duties and his delivery to the near post was hastily punched away by Cairns on the line.

Midway through the first half Albion carved out a move of real quality. Borthwick-Jackson fizzed a low ball across the box and Chapman, running on to it, fired a shot that took a nick off a Fleetwood defender to ripple the side netting, juts the wrong side of the post.

The on-loan Blackburn midfielder was even closer on 28 minutes timing his run well to meet Tom Hamer's cross with a firm header that was just too close to Cairns making it a relatively comfortable save for the Fleetwood stopper.

It took until the half hour mark for the home side to create a serious chance after a passage of play but the end product was somewhat lacking when Callum Camps blazed a volley over from 22 yards.

Blake-Tracy picked up what seemed to be a harsh yellow card on 33 minutes making what appeared to be a decent challenge on Jay Matete as he led a break out by the home side but referee Simon Mather viewed it as a foul and worthy of a booking.

Albion finally had the lead that their play had deserved on 36 minutes and bizarrely for the second game running it was direct from a corner and once again from O'CONNOR. The wind may have had a part to play but this time he went high and to the far post and in the end Cairns was nowhere near it despite pleading to the referee for a foul as he got sucked into the middle of his six-yard box.

And it was nearly two-nil on 39 minutes as Jebbison burst into the box and shot on an angle, the outstretched leg of Cairns doing enough to squirt the ball wide of the far post.

Lucas Akins, from an almost identical position, could only watch as Cairns turned his rising shot onto the crossbar and Albion's desire to extend their lead before half time also saw Hamer stretch to head Borthwick-Jackson's cross across the face of goal with Jebbison inches away from converting at the back post.

Cairns was at full stretch to keep out a low effort from Jebbison again as half time approached with Conor Shaughnessy heading the resultant corner just wide meaning that the sides turned around with Albion juts one to the good and the conditions likely to be less favourable after the break.

Fleetwood began the second half looking to try and take advantage of the conditions and Camps almost caplitalised on a James Hill long throw that fell nicely for him, his volley taking a nick off a Brewers defender and arcing over the angle of post and crossbar at the expense of a corner.

The home side earned themselves a dangerous looking set piece opportunity on 56 minutes with their left back Danny Andrew shipping a curling effort inches over Garratt's crossbar.

Fleetwood chose this as the moment to make a double change and spice up their attack with West Brom loanee Callum Morton sent on along with winger Paddy Lane to pep up Simon Grayson's side at the top end of the pitch.

Kane Hemmings was the man that Jimmy Floyd Hasselbaink turned to on 62 minutes when Albion made their first change, the hard working Jebbison given a breather in favour of last season's top scorer.

Charlie Lakin quickly followed in place of Harry Chapman and it felt like a move to stiffen the midfield more at the expense of Chapman's creativity with Akins dropping deeper to help the midfield out as well.

As the game headed in to the last ten minutes Albion were more intent on preserving their lead although a swift break out from the back had Hemmings one on one with James Hill and Lakin dashing up to support lashed a shot against a defender when keeping possession might have been the wiser choicerather than giving Fleetwood the chance to counter swiftly.

Fleetwood continued to pump balls into the box with regularity late on and Callum Johnson found space for a header that was easy for Garratt to catch at his near post when Dan Batty was afforded space on the right to deliver into the danger area.

As the game ticked into added time there were nerves aplenty as Andrew stood over another free kick opportunity just outside the box and very central. This time Andrew failed to get the elevation required and smashed his effort into the defensive wall allowing Albion to scramble it clear.

It was to prove to be the home side's last chance as Albion saw the game out to notch a second straight win and continue their improved form.

TICKETS for away game at Fleetwood on Tuesday, October 19 (7.45pm kick off) have now arrived at the Pirelli Stadium.

There is no parking for away fans at the ground, but street parking is an option near to the ground.

Tickets are on sale now at: http://ba6.glitnirticketing.com/baticket/cms/view.php?id=tile_tile_index

or, if you are purchasing on your mobile phone use our new web-based app:

You can also purchase coach seats by visiting the Club Shop at the Pirelli Stadium or you can call 01283 565938.

Official away travel is available for this fixture: 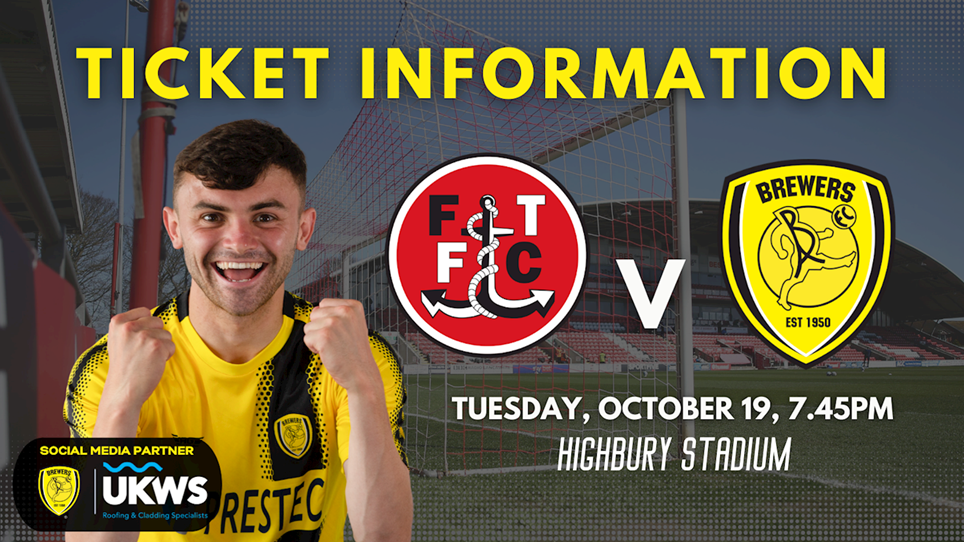 
TICKETS for away game at Fleetwood on Tuesday, October 19 (7.45pm kick off) have not yet arrived at the Pirelli Stadium but are expected later this week. 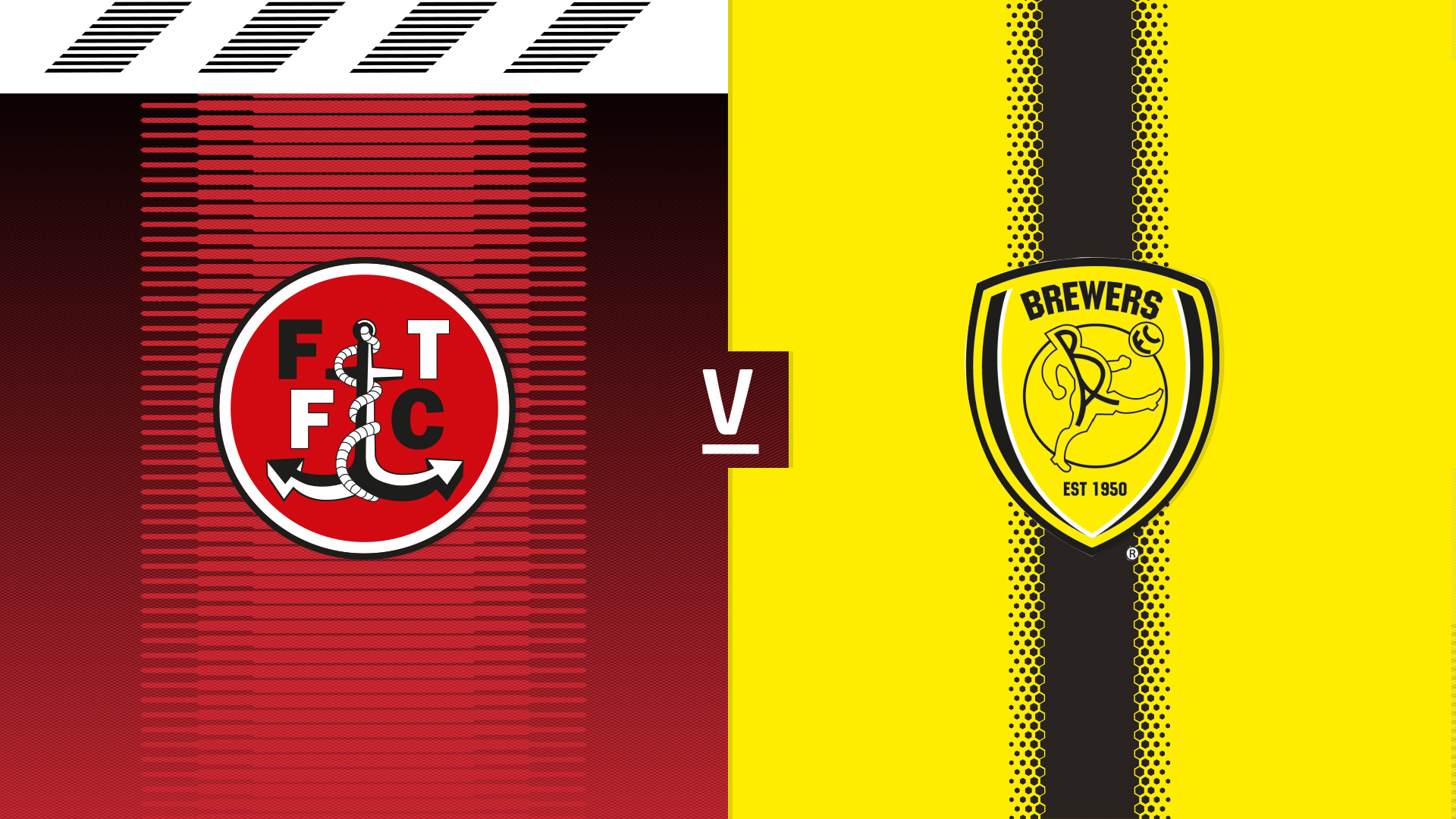 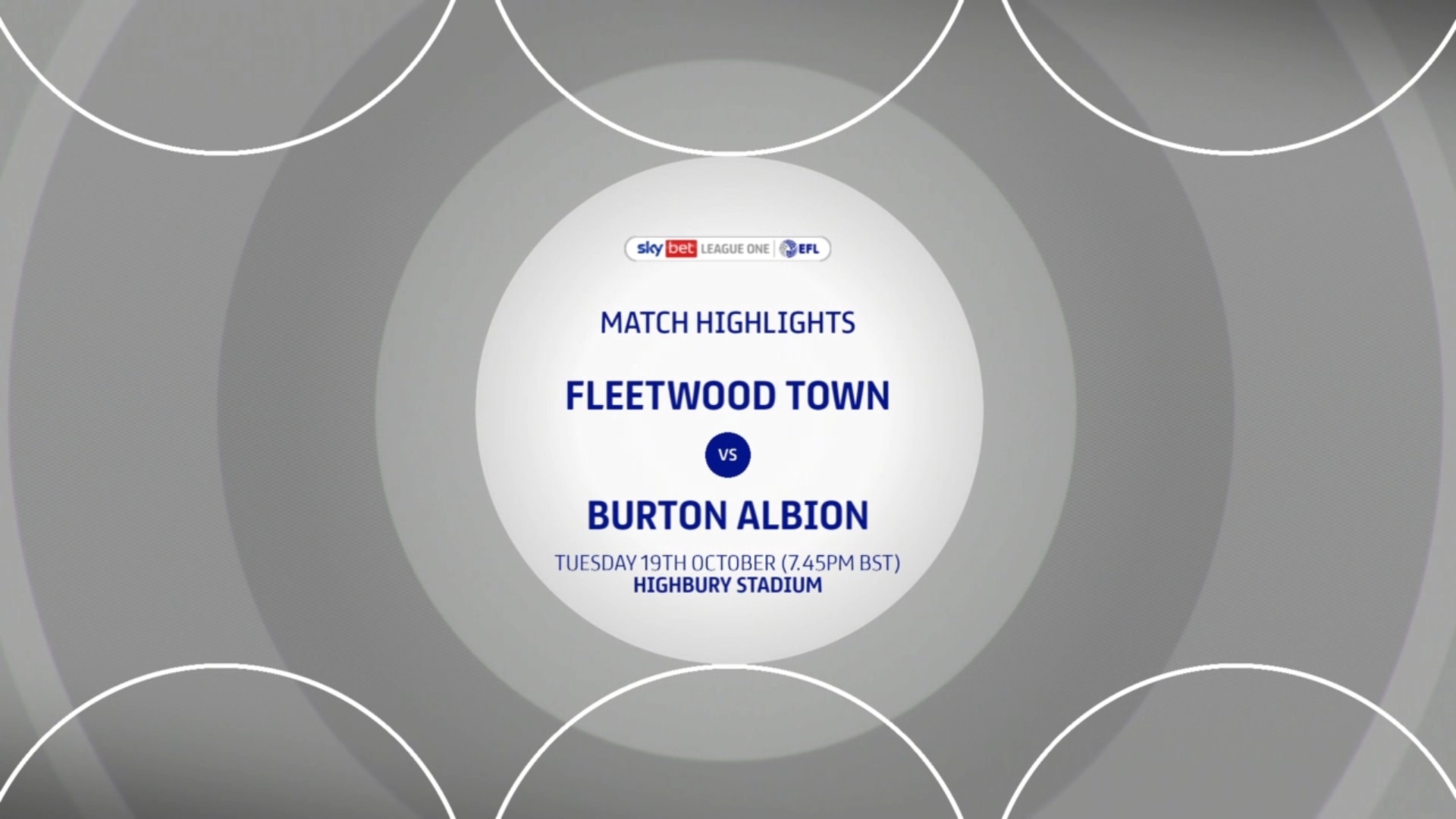 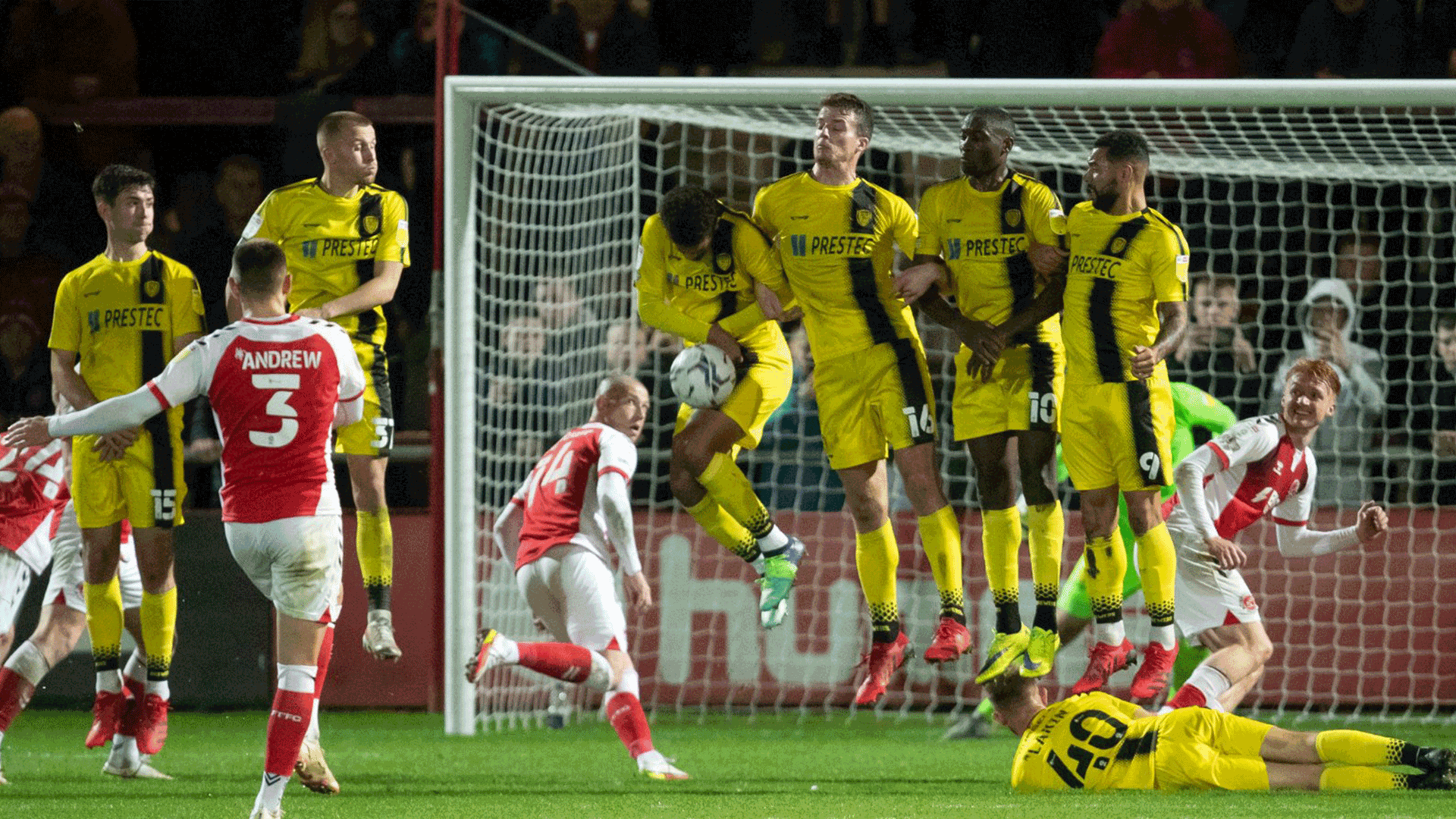