A poor performance from Albion in the first half saw them two goals adrift at the break thanks to Conor Grant's strike on 15 minutes and Ryan Broom's low finish just before half time in an opening period where the Brewers struggled to cope with the pace and energy of a Plymouth side brimming with confidence.

A tactical switch at the break along with a substitution resulted in a change of shape and Akins, with the landmark Brewers goal just before the hour mark set up a grandstand finish with Daniel Jebbison closest to an equaliser inside the last five minutes with a shot that went inches the wrong side of the post into the side netting.

With skipper John Brayford out with the hamstring injury picked up last week at AFC Wimbledon there was one enforced change for the visit to high-flying Argyle. Having assessed his defensive options in the midweek Papa John's Trophy game, boss Jimmy Floyd Hasselbaink opted to draft in Cameron Borthwick-Jackson who slotted in at left back allowing Tom Hamer to switch and fill the gap on the right hand side. At the other end there was a recall for striker Kane Hemmings who came back into the side at the expense of Harry Chapman who dropped to the bench. In Brayford's absence the captain's armband was taken by Deji Oshilaja.

Plymouth started confidently, befitting a team unbeaten since the opening day of the season and they had an early chance to stamp their authority on the game when right wing back Jordan Garrick curled in a cross that deflected through to Kieran Agard, the striker hooking his effort wide.

All of the home side's early pressure paid dividends just before the quarter of an hour mark when GRANT fired home from inside the 'D' when a cross was headed clear by Ryan straight to the Plymouth left wing back.

Albion's afternoon got worse twenty minutes in when Hemmings was forced off with what appeared to be a hamstring injury meaning an early introduction for Jebbison.

And as Albion tried to settle themselves they nearly found themselves two goals adrift when ex-Albion loanee Broom teed up Panutche Camara with the striker shanking his effort wide of the target from the edge of the box.

Hardie spurned another chance for the hosts on 28 minutes when Grant's booming cross found him at the far post and with time to set himself could only find Garratt with his header from eight yards.

Albion's first real chance came from a set piece on the half hour with O'Connor opting not to shoot but dinking a ball to the back post where Hamer could not quite guide his effort on target, rippling the side netting instead. Another free kick a minute later saw the same combination again with Hamer this time poking a weak left foot effort straight at keeper Michael Cooper from a good central position.

Camara, like Hardie, had a second decent chance to get onto the scoresheet but from a similar position to his previous effort saw a sliced effort deflected wide of the target, Dan Scarr heading narrowly over from the resulting corner.

But the Brewers were left with a monumental challenge for the second half when Plymouth doubled their advantage two minutes before the break. Hamer's cross was cut out by Cooper and the Argyle keeper threw the ball out to Hardie on half way, the striker surging towards the Burton box and holding the ball up long enough for BROOM to get up and provide the support and an an unerring finish beyond Garratt.

O'Connor curled a right foot effort just wide with the final action of the first half at the end of a disappointing forty-five minutes for the Brewers.

Hasselbaink went for a change at half time to try and turn the tide with Harry Chapman appearing in place of Jonny Smith in what looked like a change of shape with Albion matching up Plymouth's 3-5-2, Oshilaja dropping back into the back three, Akins pushing up to join Jebbison in attack and Chapman slotting in just behind the front two.

Broom's long range effort ten minutes into the second period was the first shot in anger of the second period and taking a deflection for a corner which allowed Plymouth to keep the pressure on the Burton defence.

But juts before the hour mark Albion were back in it when Shaughnessy strode forwards and slid the ball in to AKINS on the edge of the box and the striker turned and found the bottom corner beyond the reach of Cooper.

Albion looked a more threatening side now and although Plymouth quickly tried to re-establish their two goal lead it was the Brewers who began to impose themselves and only well timed interception at the near post from Dan Scarr prevented Jebbison from turning home Akins' cross.

The flow of the game was disrupted somewhat by the fussiness of referee Antony Coggins with a number of decisions seemingly going against Albion as they looked to exert some pressure going into the final quarter of an hour of the game.

The final Brewers change, when it came on 86 minutes saw Jacob Maddox thrown into the action in place of Leak and the former Chelsea youngster quickly crucnched into a challenge in midfield that allowed Chapman to find Jebbison, the Brewers striker inches the wrong side of the post leaving him with his head in his hands.

Albion continued to press into stoppage time, Akins seeing a shot loop up off a defender and, to the relief of Cooper in the Plymouth goal, drop over his head and onto the roof of the net. It was the final chance for Albion to grab something from a much improved second half but ultimately the first half cost them dearly.

TICKETS are on sale now for our away game at Plymouth on Saturday, October 9 (3pm kick off).

All ticket prices increase by £2 on the day of the game. Under 12 and under 8 tickets can only be bought with a paying adult or adult concession. 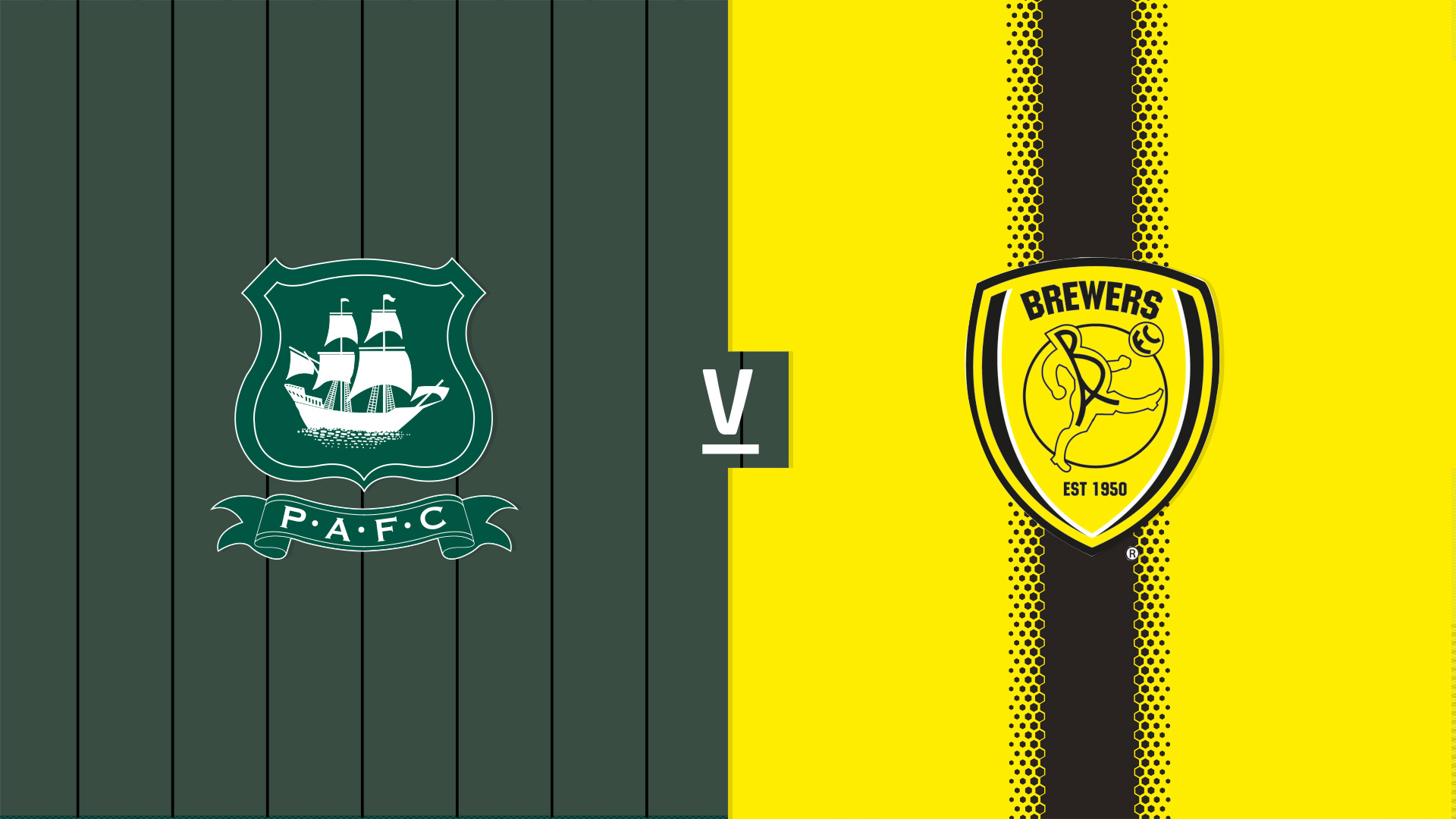 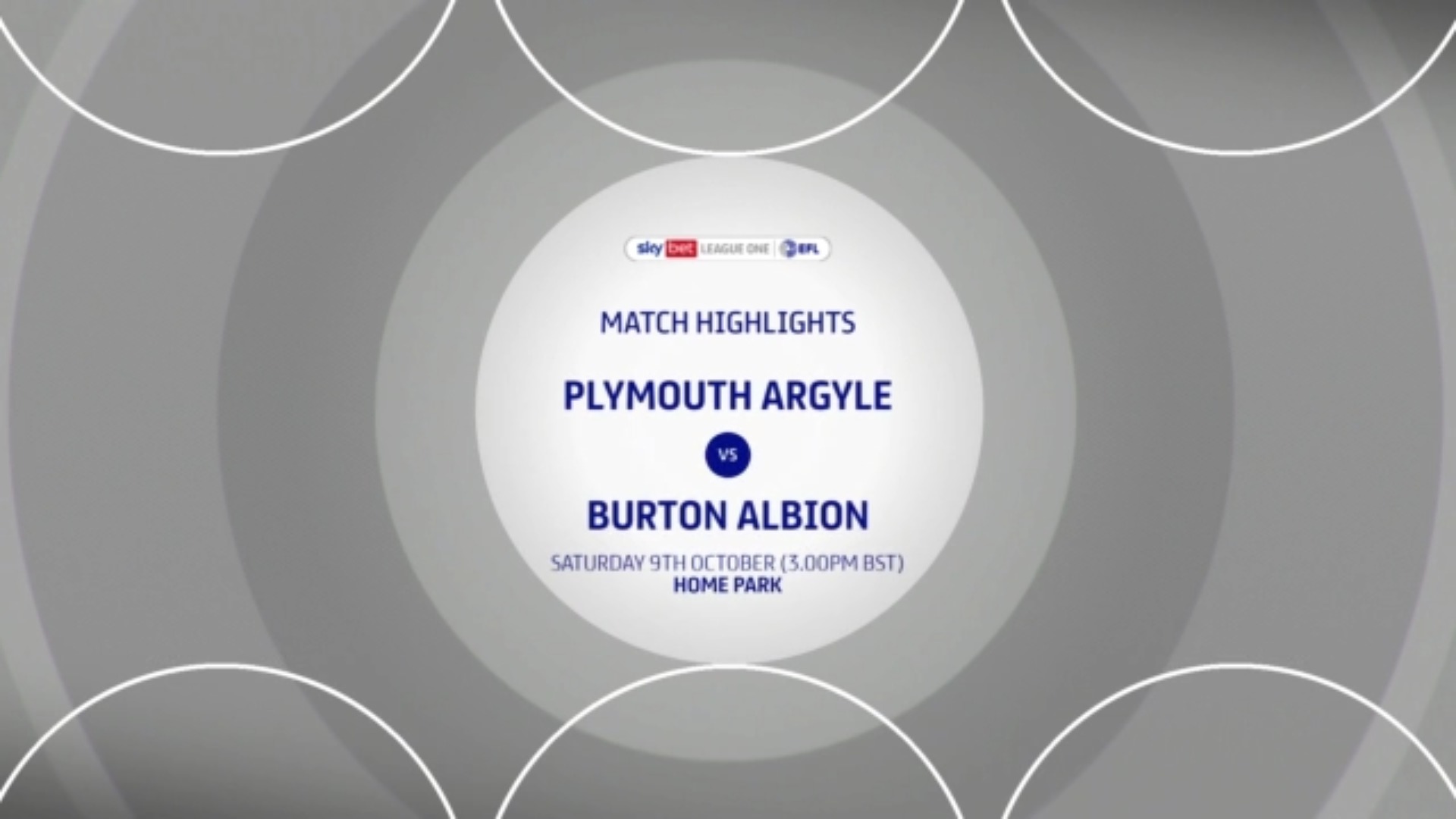 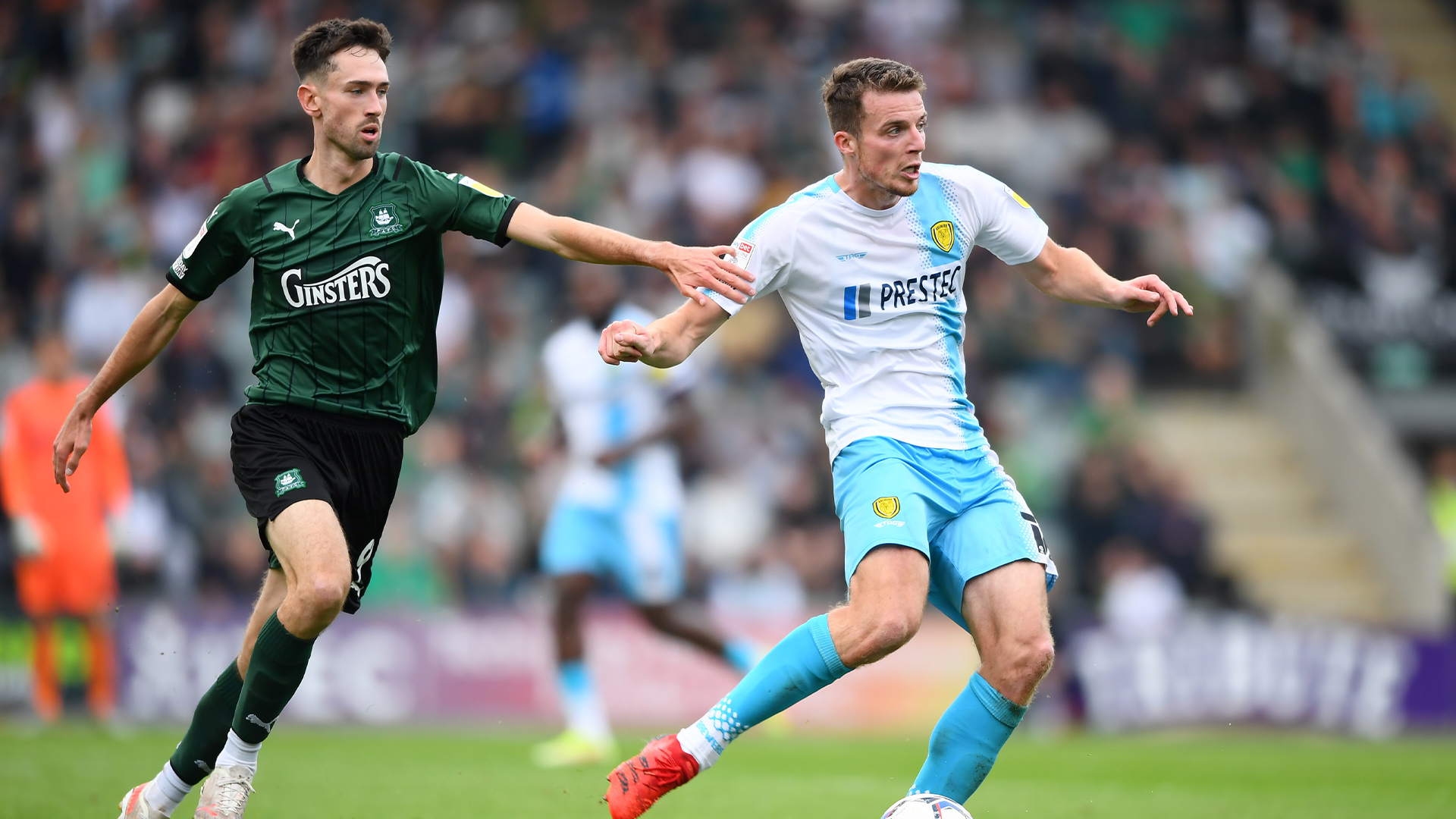