TEN-Man Burton Albion suffered a frustrating afternoon at the Mornflake Stadium suffering a 2-0 defeat on their travels.

For the second away game in a row they were forced to finish the game at a numerical disadvantage after midfielder Charlie Lakin picked up a second yellow card midway through the second half to make life difficult for Jimmy Floyd Hasselbaink's side.

By that stage Albion were a goal down after Michael Bostwick's unfortunate deflection on J'Neil Bennett's cross turned it past his own keeper on ten minutes and in a game high on effort but lacking in any real quality from either side it was Bennett who eventually sealed Crewe's first win of the season racing through to finish three minutes from time.

Although a number of the injured players returned to training during the week the game came a little too early for them to return to the matchday squad. Skipper John Brayford was reinstated to the side after serving his one match suspension , perfectly timed for him to face his former side who signed him from the Brewers in 2008. He replaced Frazer Blake-Tracy who dropped to the bench facilitating Tom Hamer switching to left back. Ryan Leak returned to the substitutes bench in place of Ciaran Gilligan.

Charlie Lakin found himself in referee Ross Joyce's notebook as early as the third minute after a robust challenge on Callum Ainley and from that Crewe launched their first raid on the Burton goal with Ben Garratt, against his former club, producing a fantastic double save to deny both Scott Robertson and Ainley from inside the box.

Kane Hemmings, scorer of a first half hat-trick in the corresponding fixture last season, had an early chance to get on the scoresheet but his effort hit Lakin and bounced wide of the target having completely wrong-footed Will Jaaskelainen in the Crewe goal.

But Albion found themselves behind on ten minutes as Ainley launched a counter attack from deep in his own territory, laying the ball out wide to Bennett whose low ball into the middle was inadvertently turned past his own keeper by BOSTWICK.

Albion began to settle into the game more although they were finding it difficult to create meaningful chances to seriously test Jaaskelainen although Chapman was unlucky to see an effort blocked after a neat interchange with Akins on the edge of the penalty area.

Cameron Borthwick Jackson picked up a yellow card on the half hour for pulling back Robertson on the half way as the home side looked to launch another attack.

An equaliser almost came on 35 minutes, Borthwick-Jackson seeing a volleyed effort deflected and saved by Jassakelainen and falling for Chapman whose effort was then blocked by Rio Adebisi.

Borthwick-Jackson's eventful afternoon took a turn when he went down as half time neared requiring a period of treatment before gingerly coming back on to see through the first half.

Albion dominated the six minutes of added time and a glorious chance to equalise fell Lakin's way after good work by Smith on the right but running onto the ball he flashed a shot just wide of the target.

Borthwick-Jackson failed to reappear for the second half with Bryn Morris taking his place alongside Lakin in midfield.

A promosing start to the second period saw the Crewe defence under pressure, initially from a Hamer long throw but it was Lakin's deep angled cross that almost caught them out, picking out Brayford , the skipper on the stretch and unable to find the target.

Chapman fired a long range free kick just over the bar after neatly turning away from former Albion midfielder Luke Murphy and finding himself dragged back, a foul that saw Murphy go into referee Joyce's book.

Hemmings was inches away from the leveller on 58 minutes, denied by a superb save from Jaaskelainen, somehow pushing his header around the post after Lakin's cross had picked out the Brewers striker.

Midway through the half Albion found themselves up against it and, for the second away game in a row, down to ten men, when Lakin was given his marching orders for a second yellow card. Lakin stretched on the touchline to try and retrieve a loose ball and clumsily brought down Scott Kashket leaving the Brewers with a mountain to climb.

A double Burton substitution ensued with Joe Powell sent on to replace Chapman and barely a minute later Daniel Jebbison taking over in attack from Hemmings.

Despite being a man down Albion still continued to press forwards and Crewe were grateful that Jaaskelainen was well placed to grab an ambitious bicycle overhead attempt from Shaughnessy when HAmer's long throw was only half cleared.

But Albion's desire to push for an equaliser found them short at the back when BENNETT was given room to counter and cut inside to fire a low shot beyond Garratt to seal the points for the hosts.

BURTON Albion will be looking to continue our fine away form in 2021 on Saturday, September 18th as we make the short trip up the A50 to take on Crewe Alexandra.

The Brewers enjoyed last year’s trip to the Alexandra Stadium on Gresty Road, with Kane Hemmings netting a first-half hat-trick in a fine 3-0 win. It promises to be a tough game in Cheshire and Jimmy Floyd Hasselbaink’s side will need your brilliant backing on the road once again!

Brewers fans will be situated in the Whitby Morrison Ice Cream Van Stand, with tickets priced as follows:

Matchday parking is available at Gresty Road in a pay and display car park, which costs £3.50, with some street parking in the vicinity (please check for any restrictions).

Tickets can be purchased via our online ticket store, which you can visit by clicking here, or by calling 01283 565938 or in-person at the Pirelli Stadium Club Shop.

The Railwaymen Bar & Lounge, adjacent to the Whitby Morrison Stand, opens from 12noon and away fans are welcome in there pre-match.

Crewe Alexandra have a guide for away fans which you can view by clicking here (scroll down to Visiting Supporters Guide).

Official coach travel is available for this game and can be booked with your tickets. 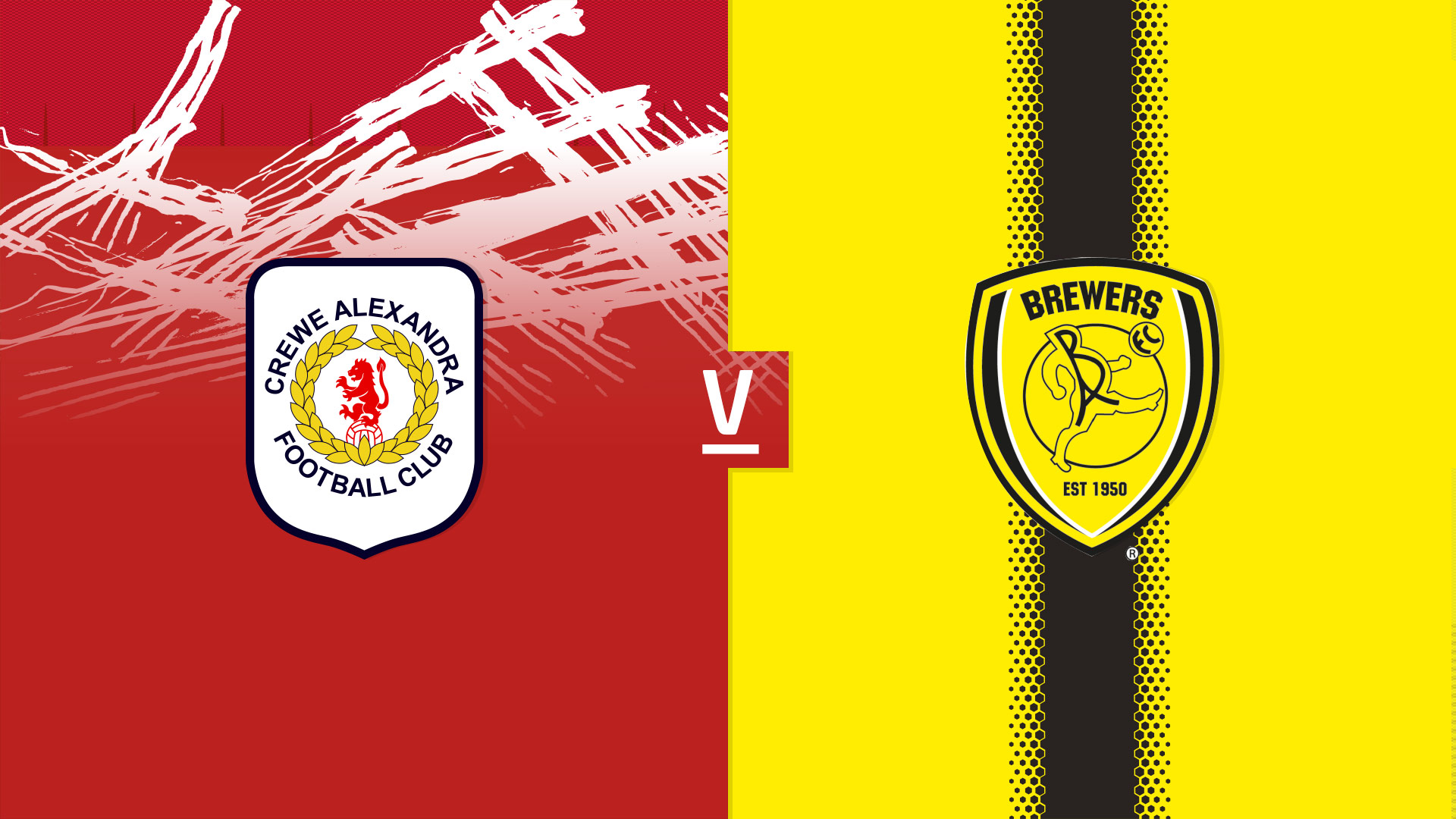 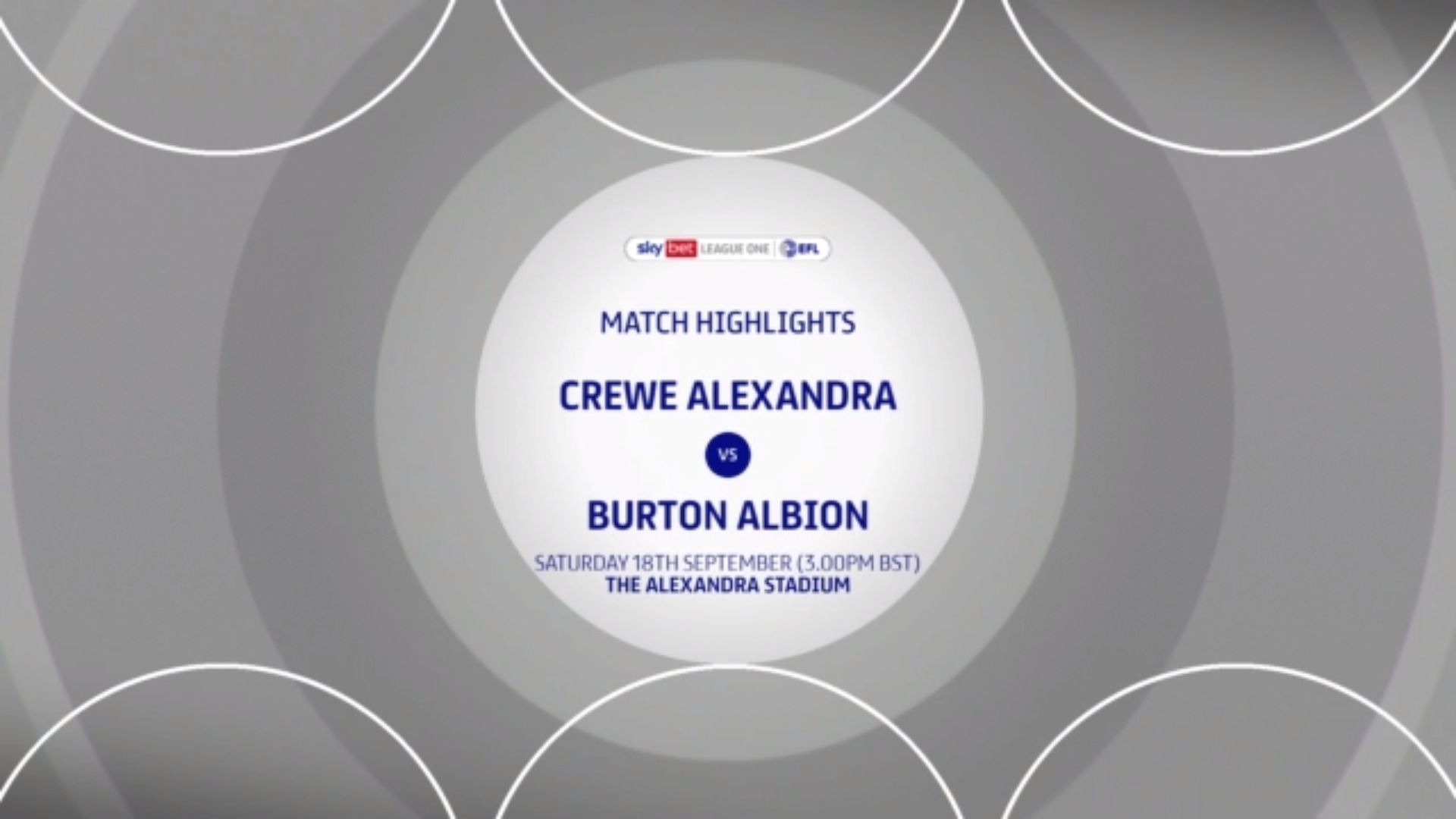 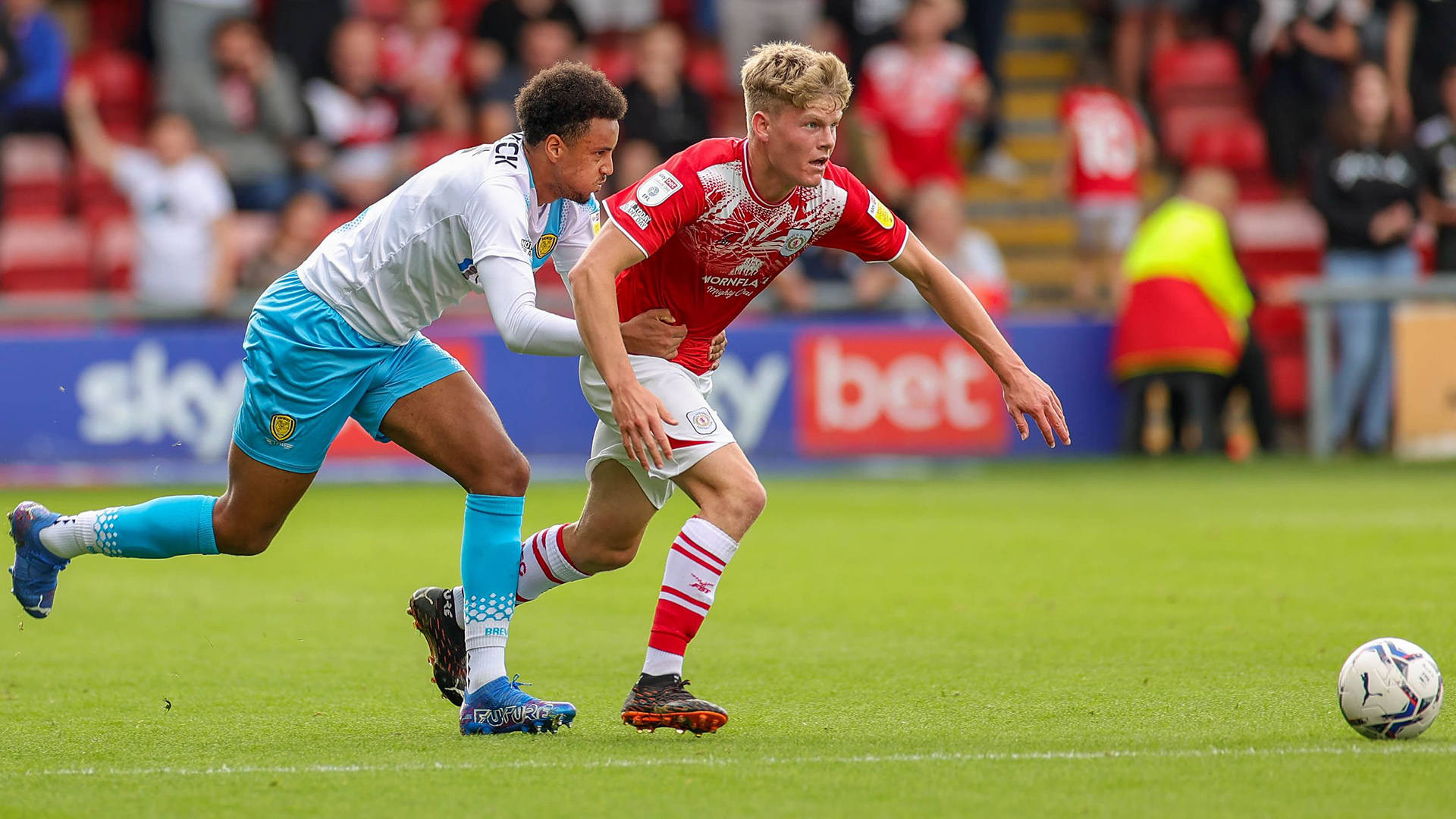