LUCAS Akins' sixth goal of the season was not quite enough to get back to winning ways as former midfielder Hope Akpan returned to haunt the Brewers with an equaliser midway through the second half.

Akins pounced at the end of a disappointing first half where Albion were far from at their best heading home a cross from John Brayford but Akpan fired in from almost exactly the same place as a corner came loose inside the box.

Substitute Kieran Wallace fired against the post late on and Akpan almost won in with a header saved superbly by Brad Collins but a point apiece was probably a fair reflection of the game.

After the midweek extertions in the Carabao Cup it was back to the bread and butter of the league and Albion's side that took to the field against the Bantams showed just one change to that which lined up against Doncaster Rovers last Saturday. New signing Colin Daniel was handed a first start wide on the left as Marcus Harness made way and Lucas Akins switched to the right hand side.

The opening exchanges were fairly even with both sides having opportunites from set pieces. Bradford first had a chance to pump a ball into the box which was flicked on by Calum Woods with Jake Buxton coming around on the cover to clear the danger as the ball dropped loose inside the six yard box. When Liam Boyce was pulled back on the edge of the box, Jamie Allen swung in a ball that was headed just wide of the far post by John Brayford, looking to add to his brace from last weekend.

Bradford, despite successive defeats in their previous two outings continued to look bright and when a loose ball came across to former Brewer Anthony O'Connor just outside the box he looked to add to his impressive array of goals for the Bantams this season only for his shot to take a nick off one of his own players as it bounced wide.

Albion were looking a little subdued but the combination of Akins and Josh Clarke on the right brought life to the Burton attack on 17 minutes with a lovely combination that ended with Akins crossing low and Boyce almost pouncing to fire goalwards when both Bradford centre backs struggled to clear effectively.

When Jack Payne was brought down trying to weave some magic on the edge of the Burton area another ex-Burton man, Hope Akpan, took control of the set piece but his curling effort was never ever low enough to make Brad Collins extend himself.

Bradford were making the most of Albion's sluggishness and when David Ball capitalised on Collins attempted pass to Reece Hutchinson there was danger for Albion as Colins had to acrobatically adjust himself to parry Akpan's curling shot and it was only when the assistant put his flag us as Payne headed home the loose ball that the Brewers had got away with their moment of sloppiness.

In an attempt to shake Albion from their apparent lethargy Daniel and Hutchinson switched roles on the left hand side and the young academy product was quickly bursting into the box trying to get a cross in but an unlucky double deflection meant that he didnt even get a corner as a reward for his efforts.

The Brewers at last began to find some fluency and Akins went closest yet turning well on the edge of the box and drilling a rising effort just over the bar.

Collins showed that he was definitely alert on 39 minutes displaying quick reactions to parry away a goalbound effort from Eoin Doyle after Ball had sent in another wickedly teasing cross that had the Burton defence stretched.

Albion also had another good chance with Akpan this time having to clear off the line after Boyce had seen his low angled shot beat Richard O'Donnell and head for the bottom corner.

But it all came right as the game entered stoppage time. Brayford was allowed to advance deep into Bradford territory before picking out a cross that AKINS headed down and past O'Donnell who could not react quickly enough to keep it out.

Probably one of the poorer halves of football from Albion at the Pirelli this term but importantly they had a lead and something to build on in the second half.

Hutchinson failed to reappear after the break and there was a chance for Harness to try and pick up where he left off in his recent spell of good form. Albion immediately looked sharper after the break and they were inches away from doubling their advantage within two minutes of the restart when a poor clearance landed at the feet of Fraser and his shot was superbly parried onto the crossbar by O'Donnell.

It was a much more free flowing game now and Boyce found himself with space in the box to turn and see a shot deflected away for a corner although there were strong shouts that Harness bursting to try and get into the middle had been hauled back with referee Trevor Kettle ignoring Albion's complaints.

Bradford, mainly through the efforts of Ball on the right upped their game and they eventually got their equaliser through AKPAN on 68 minutes. A corner from the left caused panic inside the Burton six yard box and as it bobbled around inside the box the former Brewer was on hand to lash in the loose ball.

It could have been worse for Albion moments later as ball and Payne worked well to create a chance for DOYLE but his goalbound shot was superbly blocked by Buxton diving in bravely to save an almost certain goal.

Bradford then had shouts for a penalty as Lewis O'Brien looked to get on the end of a long diagonal ball before going down as Clarke got close to him. Referee Kettle again waved away all protests.

There was concern aplenty for Albion on 75 minutes as Boyce slipped whilst trying to make a challenge and looked in real discomfort as he received treatment and gingerly made his way off before coming back on after a moment to gather himself.

The striker looked more like his old self with ten minutes to go twisting and turning inside the box to test O'Donnell with a low drive that the keeper was glad to get everything behind.

By now Albion had brought on more fresh legs in with Kieran Wallace on for Jamie Allen before finally introducing David Templeton for the final ten minutes.

Albion looked a threat late on again and Wallace saw a shot thud against the post as the Brewers looked for a rousing, winning finish.

Instead it was Bradford who almost snatched it with Collins coming to the rescue low to his right to push away Akpan's header which would have been a cruel blow for Albion had it gone in.

HOME fans will be able to pay cash-on-the turnstiles for terrace admission to Saturday's home game against Bradford City (kick off 3pm). 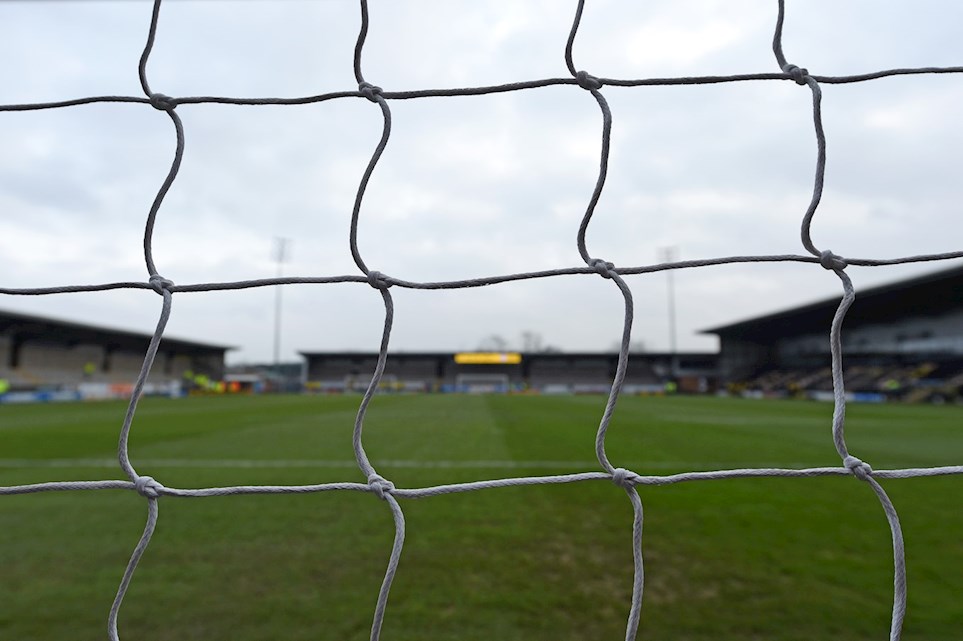 TICKETS ON SALE FOR BRADFORD AND OXFORD (H) FIXTURES


TICKETS for our home fixtures against Bradford City on January 26 and Oxford United on February 2 are now on sale.